Carolina Groppa Explains Exactly What Film Producers Do. So Be Nice To Them

(REPOST) For as long as the film industry has existed, so have producers. But so has the general public’s confusion about what producers actually do. It’s surprising how poorly it is understood given the importance of this high profile position. In a nutshell, a producer brings all the elements of a film together to create a finished product.

Screenwriting is another role that requires so much invisible, behind the camera work that people don’t always understand what goes into it. Both roles, however, are crucial to getting anything made on film or TV. One can’t work without the other. No matter how technology and robots evolve, the screenwriter’s script continues to be the blueprint for creating something truly exceptional.

You know how there are many types of writers and even more ways work can get distributed? There are just as many, if not more, types of producers. As a producer who has earned her stripes in the physical production realm of the independent space, I’ve been confused myself. There is also a vast difference between film, television, and now the seemingly infinite streamers. It’s overwhelming to keep up with the mountain of content, and thus an even lower priority to know who is creating what. But we are doing ourselves a disservice by not being better-informed players and understanding the unglamorous realities of what it takes to get anything done.

As someone who respects and loves the creative process, I feel fortunate to have worked with mostly writer/director types. In fact, one of those films, SYLVIE’S LOVE, written and directed by Eugene Ashe, will world premiere at Sundance. During one of those tough 14-hour days, I remember having a conversation about producing with a fellow crew member who is an aspiring writer. She confessed she didn’t really understand my job and she wished she knew more about producing. I found this declaration shocking given how long she’s been working in the business. Then, I realized that most people truly have no idea about what producers do…or why there are so many types. 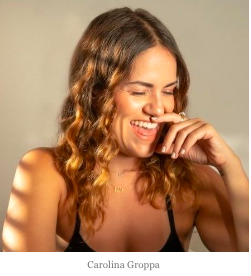 So, in the quest to gain knowledge of what producers do and share it with others, I started a podcast called LIFE WITH CACA. The title is a bit tongue in cheek, and hopefully memorable, as it refers to my nickname, Caca. The show is a place where producers get real about the messy parts of life as it pertains to producing.

If you have not already, you will inevitably interface with a producer. I want to empower screenwriters, directors, and actors to deepen their understanding of the unglamorous realities behind the title.

I often hear creators – writers, directors, actors, etc. commiserate over this same feeling of being misunderstood. On set, every department thinks they’ve gotten the short end of the stick with their budget, their trailer size, not getting a crane approved… you name it. But, if we can understand more deeply the nitty-gritty of other positions without having to physically do them, we can communicate better, support each other, and spend more energy creating something great together.

And that’s what I aim to do on my podcast, starting with producers from all corners of the entertainment industry who share their journeys and give listeners insight into what it means to walk in their shoes.

Guests like Eva Longoria taught us a version of what a means to be an actor who also produces and directs. Whereas, in a two-part episode, Alana Mayo speaks to what it’s like to run a production company for Michael B. Jordan. Barbara Muschietti – who famously produced the remake of Steven King’s IT – tells us in two scintillating parts, how she navigates working with the writer/director of those films. Fun fact: the writer/director is also her brother, Andy Muschietti who directed the film. Their collaboration began as kids – daydreaming, watching movies, and eventually writing together. She cautions screenwriters interested in the horror genre to keep their shorts short… tell the story in five minutes or less because no one wants to sit through your 20-minute short. 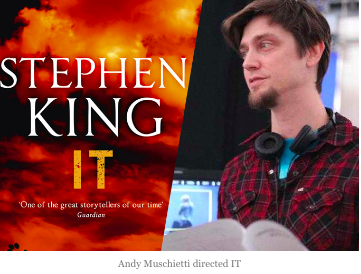 This philosophy certainly worked for the Muschiettis. The project that catapulted them into fame was a three minute short called MAMA. Andy had been a successful comedy commercial director in Spain and wanted to branch out. The short began as an exercise in tone and caught the attention of Guillermo del Toro.

But every three-minute short success story, there are countless others of writers and filmmakers that started from an eight, ten, twenty – you name the number – short. This is why highlighting various producers and their unique perspective is crucial. No one’s journey is the same. It’s all so relative and subjective. And it’s ultimately about finding the producer that aligns with the writer. It is easier said than done, but it’s like dating… ya gotta kiss a lot of frogs.

Then, there are independent producers with a truly independent spirit like Stephanie Allain. She eventually left the studio world behind to work with filmmakers like John Singleton, Justin Simien, and Gina Prince-Bythewood because of their singular vision for a film. She vividly and fondly recalls the day Singleton walked into her office at Fox with a script called BOYZ N THE HOOD and changed her life. Making that movie taught her how to be a true producer because he was “gangster” about protecting it. He was young, scrappy, hungry, and immensely talented. He had a singular, clear vision for the film and found a producer who understood him and could help him turn his point of view of the world into an indie smash!

When producers do their job well, be it during development, logistically on set, or creatively in post, the work can seem imperceptible. Producers, executives, directors, screenwriters and everyone in between aim to make smart decisions within the confines of a budget and a schedule to serve the story. At the end of the day, we all want to tell good stories.

There is this misconception we speak about often on the podcast that producers aren’t creative and that they either have or keep all the money. In speaking to producers who are way more experienced and accomplished than me, I’ve learned that it couldn’t be further from the truth. Indie producers are the first to defer or waive their fees altogether to see a movie come to life. To make sure there’s enough in the locations or art department budgets to bring a screenplay to life. Your physical producer is the one spending Black Friday pulling together a NY based crew from their home in LA for the next day. Meanwhile, creative producers are the ones finding countless ways to challenge and encourage you to remove a minor character due to the shooting schedule.

The best producers are intuitive.
They are flexible but rigid.
Fierce but gentle.

This holds true for the best screenwriters, directors, and every collaborator between script to screen.

This is especially true if you work in television where once you’ve reached co-producer level and above, you’re one of us! You have worked so hard on your craft to get that level, but maybe you’re not as comfortable with the producing side of things. Not every screenwriter rises through the ranks on one particular show. Many careers bounce around in ways that leave them less prepared for the producing side of things than they’d like. In this case, knowledge of budget and schedule will help you better understand why you’re getting certain notes from production and how to find creative solutions to help the producers help you. Grasping the root of the notes will set you up for success. This knowledge creates a trusting relationship between writers, producers, and the rest of production. 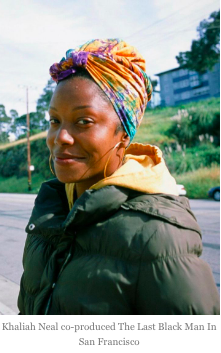 The same can be said for features, a place where the various producer titles signify hierarchy, status, and – on a good day – can also be representative of that producer’s actual contributions to a project. For example, the executive producer credit might be given to an investor in the film and also to the leading actor’s best friend simply because your number one on the call sheet wants it so. It cannot, however, communicate the nuances of each person’s role as it changes from person to person, from project to project.

At its core, producing is a team sport. At first, the team is small – one or two writers, maybe a director, and eventually a studio or financier hop on the field. With money in place, it’s game time! Within seconds, you have a team of hundreds of collaborators ready to make a movie.

The line producer and unit production manager (UPM) positions are often played by the same person for budgetary or practical reasons. Broadly speaking, they create and/or inherit a budget and schedule, find the crew, handle vendor deals, and try to find solutions for problems they see coming from a mile away. So, as the writer/director, the person breaking the news that the one rooftop you wanted with the killer view in DTLA is a no go because there are no basecamps within a five-mile radius… that’s the line producer.

The process of prep and production is arduous. It’s filled with compromises because there is never enough time or money, no matter how much time or money you have. It’s controlled chaos. This was an invaluable lesson Mathew Ferrante, VP of Physical Production at Paramount taught us on when he was on the podcast. He came up on the studio side of the business where the pressures executives feel to come In on budget and on time are insurmountable because they ultimately answer to shareholders. Even at a studio that appears to have limitless pockets, the resources are finite.

Producers aim to control the chaos so the biggest drama anyone sees is the one on-screen that came from the imagination of the writer and the director. Doing this podcast has taught me so much. I believe that by understanding different producer’s journeys and the many shades of producing, we can all help each other make the best damn version of a thing with patience and compassion.

After all, it takes a team to score a goal.