4 Ways To Boost The Scare Factor In Your Horror Screenplay 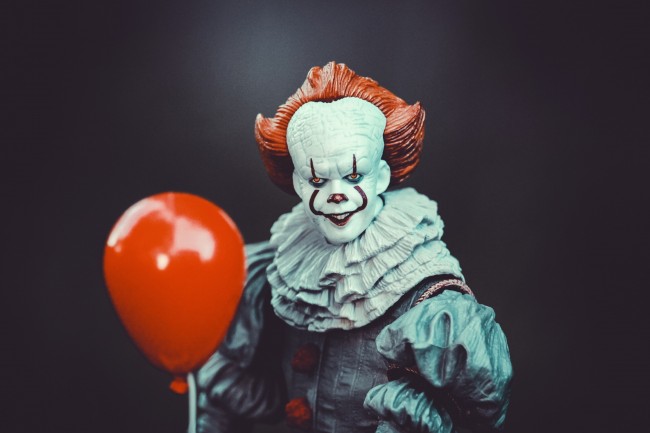 Horror is a nuanced genre and setting up a sequence of gore-filled jump scares for ninety minutes won’t cut it anymore. Audiences are becoming far more sophisticated.

Too many horror films rely on gratuitous violence and buckets of blood to shock their audiences. They are the forgettable ones because viewers have become desensitized to these tropes. Quality horror films have underlying themes and deeply explore their characters and their fears and should stand alone as solid dramatic narratives without the scares.


Here are some considerations to make your scary moments stand out:

Every good horror story is filled with banal moments we’ve seen many times before – the group of college students arguing over who gets to drive on their trip to a cabin in the woods or the family enjoying pancakes for birthday breakfast. These scenes are familiar and comforting. They are safe and unsurprising because they depict a normal world. They are designed to relax the audience and characters by putting them at emotional ease. They are more vulnerable because these innocuous tropes unwittingly lull them into a false sense of safety.

Don’t underestimate the value of these scenes, because they make the scares more impactful when they eventually do arrive. 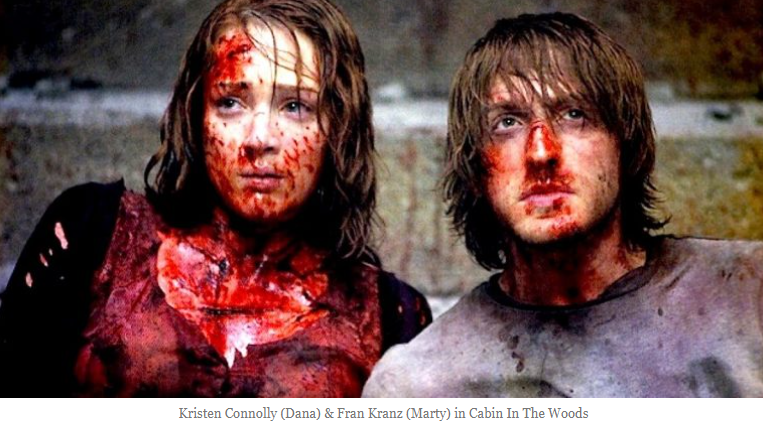 Writing such scenes is not a license for screenwriters to get lazy. Never mistake familiarity with boredom. Use these moments to explore character dynamics and relationships. We should learn as much about characters during times of peace as we do in times of stress. Include story nuggets about each character’s goals, fears, obstacles, aspirations, feelings, likes, and dislikes. Give your characters extraordinary reactions in really ordinary situations.

Set the tone, motivations, and conflicts in these moments. Are mom and dad having marital strife? Is one of the kids planning to run away? Focus on actions more than words. What is mom saying when she dishes up one cold pancake to her husband and two piping hot ones to the kids?

These scenes also form the foundation of the underlying themes of your story. What is it really trying to say through the action? What issues are the characters forced to face during the course of their ordeal to put them on their journey?

The greater the emotional differential between these scenes and the scary ones, the more the audience will enjoy your film because they truly experience a wider range of emotions.

2) Source Your Scares From Unusual Sources

Who are your typical bogeymen or bogeywomen? Monsters, ghosts, or mutants? What if your scary creature was something (or someone) so cute, lovable, and benign? Nobody saw that coming. It comes down to the element of surprise and subverting your audience’s expectations. A snarling, two-headed beast is expected to be scary. Nobody wants one of those as a household pet. But what your creature was a doll, a poodle, a garden gnome, or an innocuous object like a jewelry box or a “lucky bracelet”? 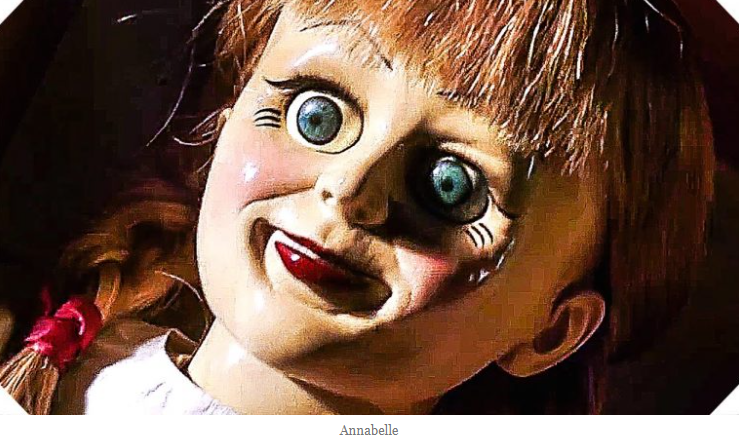 Locations aren’t only for real estate agents. Think about where many horror stories are set – a basement, a cabin in the woods, a theme park? Savvy screenwriters should think about unusual locales that we haven’t seen before. What if there was a killer on the loose inside a lab or the city’s pipeworks?

The unexpected creature or location should ideally be linked with the fears of your main characters. If they are claustrophobic, trap them in a confined place like an attic or a bank vault. If they hate heights, put them on the top level of a skyscraper. If they’re terrified of clowns, set a killer clown loose on them, while they’re at a kid’s party. These creative choices are instrumental in escalating the stakes and making your characters more layered.

Screenwriters must constantly look at new and inventive ways to shock and entertain their audiences. But they need to be meaningful. Otherwise, they are little more than a prop for cheap scares.

Many scary moments in horror films occur in dark, murky surroundings such as basements, caves, or the depths of the forest. Create stark visual contrasts. What would your jump scare look like if it occurred in broad daylight in a theme park, the beach on a sunny day, or at a store when your audience least expects it?

Darkness and light don’t always refer to how a shot is lit. They can also refer to an action or emotion. Good horror sheds light on our fears. Picture those creepy scenes where an unsuspecting woman is on a date with a suave homicidal maniac. Consider those lingering smiles which transition from seductive to sinister. What about a scene where a child sits on Santa’s knee getting her picture taken? Minutes later, the child’s mother realizes Santa’s a beast. Surely that will give you the heebee jeebees.

All movies entertain audiences via immersive emotional experiences. As screenwriters, it’s your job to stimulate all five senses in your audiences – hearing, sight, taste, smell, and touch. Writing sensory language not only keeps your audience hooked, but it also provides character traits to add depth and richness to your characters.

Imagine the killer with a peculiar walk, or wears clogs and the audience hears clickety clop, clickety clop as a sign of impending doom. Who can forget the menacing whistle of Uma Thurman’s nurse assassin in Kill Bill? Or the maniac with a foul stench or piercing cologne as the detective realizes they’re closing in on their suspect. 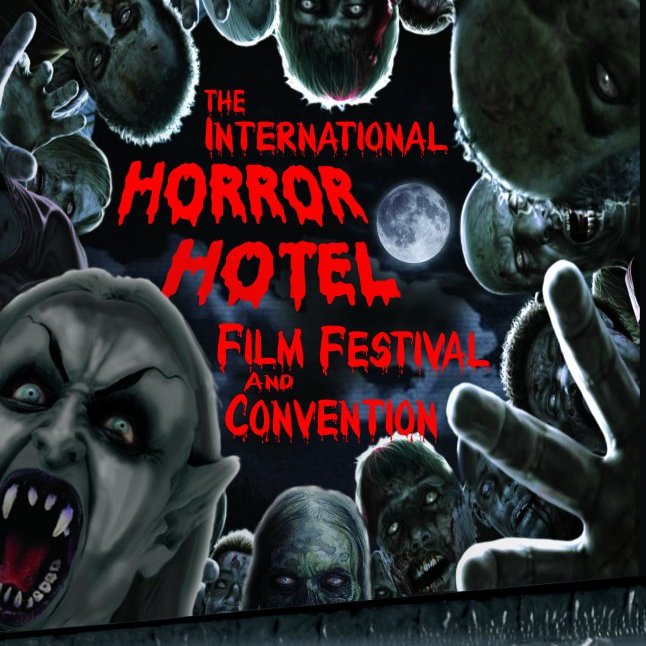 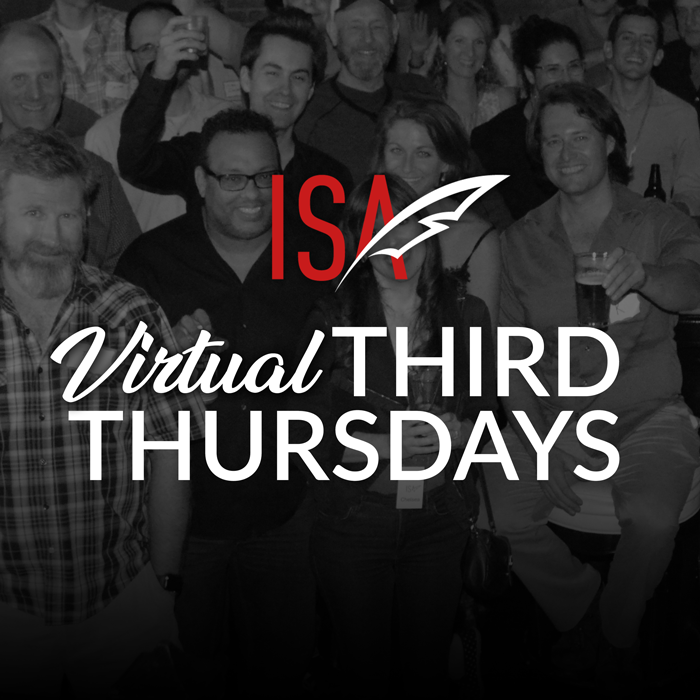 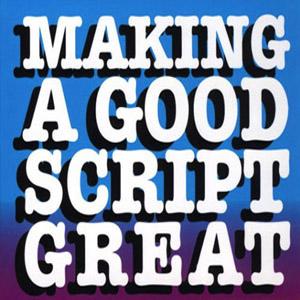