4 Ways To Show Emotions On The Page

A key tenet of screenwriting is to show not tell. This advice is generally reserved for propelling the narrative quickly and efficiently on your screenplay. For example, a character who is in a hurry to leave the house but can’t find their car keys can be written in a few short scenes without dialogue to get the point across – a close up of a diary entry showing a meeting at 1:00pm, a close up of a clock reading 12:45pm, a panicked person rummaging through their desk drawers, and they frantically empty the contents of their briefcase onto their desk. Facial expressions and body movements will reinforce this scene. The reader hits the familiar emotional beats of not being able to find your car keys when you’re in a hurry to leave. The actions include descriptors like “panic” and “frantic” to underscore the anxiety of the character.

In many respects, these emotional hooks are more likely to engage your reader and audience alike than the plot. There are a number of ways to show a character’s emotional state in your story so continue reading. We’ll use the above scenario with the lost car keys as a basis.

This provides the overall context for the source of emotional distress. Without context, it’s more difficult to engage the audience. In the previous example, a person has lost their car keys, but there is no reference to stakes or consequences if the keys aren’t found.

We create the context by bracketing the plot – we know the preceding scenes the lead up to this point and we might know the consequences of the person not finding their car keys. The emotional buildup is represented with visual and oral actions. What is the meeting about? Is it a performance review or a birthday party? The default preceding or set-up scenes might be to target the meeting with the highest level of importance. The consequences of being late must be dire, not an inconvenience.

The person CAN’T be late! 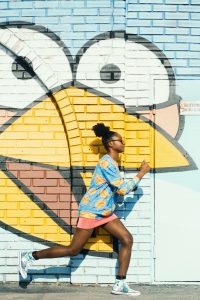 We can build out the background of story with character. The person might be a regional manager meeting the CEO for a meeting regarding falling sales numbers. We might catch a few shots of graphs or emails depicting that the CEO is not happy with them. Conflict! Who else is involved? How might this meeting play out? These story anchors provide excitement and an emotional roadmap since we don’t know the exact outcome.

The extremes of an emotional spectrum must range from positive to negative – sadness to happiness, fear to acceptance. It behooves the writer to capture as many emotions in this range to give more body and texture to the character. This is instrumental in elevating your story.

What is each character feeling and how are they showing it? A typical emotional timeline for the lost keys scenario might be calmness, concern, annoyance, panic, fluster, impatience, worry, finally leading to anger.

How extreme is this anger portrayed? Is the character miffed, furious, enraged or out for blood? This might be accompanied by ranting or blaming someone else.

Think about how this emotional endpoint might be shown. Does the person sweat bullets, curse, or throw a stapler across the room (or a chair through a window)? Equally, a writer should consider how to show the intermediate emotions such as having wide eyes, snarling, scowling or darting around the desk looking for the keys. Writers may consider more extreme movements like smashing their fist on the desk, or adopting the fetal position under the desk, or trembling with fear.

The character might withdraw and become silent as they search for their keys or lash out at an innocent co-worker who has nothing to do with the situation.

Another way to illustrate the main character’s emotional state is to show how they directly or indirectly interact with the other characters. Perhaps the other staff in the office have exited or hidden in their cubicles after an outburst? Their reactions might suggest whether this is a usual occurrence or totally unexpected. 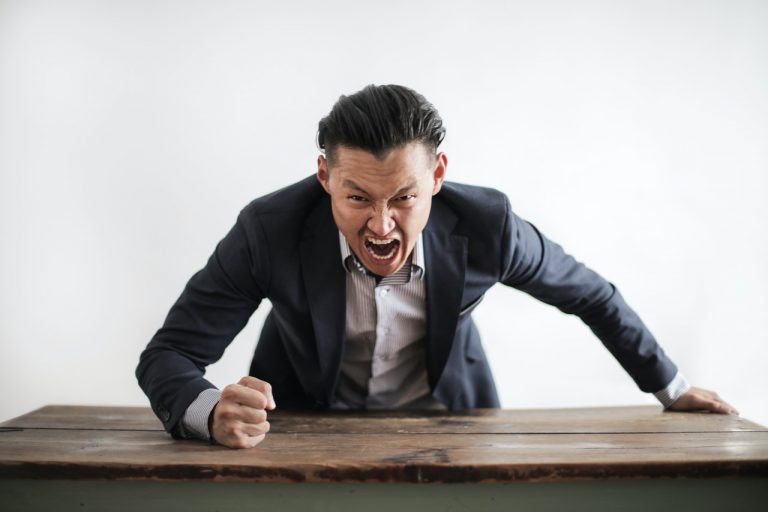 Alternatively, the main character might want to contain their anger to avoid upsetting the other staff. They may try to calm down and retrace their steps to locate the missing keys. What if the meeting was to pay a ransom in order to defuse a bomb in the building? Consider how this context might change the emotional trajectory of the main character.

An emotional outburst not only demonstrates how other characters perceive them, but also how they perceive themselves and who they are.

There are two main in this scenario. They may find their keys or not. They may subsequently make it to their meeting on time or be late. Let’s assume a favorable outcome. They found their keys, got to the meeting thirty seconds early and the CEO offered the manager more sales staff.

The manager returns to the office. How do they behave? If they were previously ranting, bullying or destroying furniture do they apologize to their staff and offer an explanation, or do they act aloof and pretend nothing had happened? The response should be organic in terms of how a character might react. An equanimous character who normally takes everything in their stride would create a different expectation than a hot-headed bully who’s ticked off at the slightest provocation. This is the time to show character growth and maturity. Are they reflective, wiser, or do they simply calm down and continue with their day.

Emotional timelines are generally not linear or entirely predictable either. The same trigger may produce an entirely difference emotional response depending on the circumstances. Emotions zig and zag. Play with the unexpected.