Everybody loves a good romantic comedy whether after a breakup or meeting someone new. Despite the tropes of this genre being fairly static, romcoms like Kissing Booth, Pretty Woman, and You’ve Got Mail still remain wildly popular despite their elevated conceits. But then again, escapism and entertainment is a key reason audiences flock to these movies. The recurring tenets of the best romcoms are typically:

There isn’t immediate/ any attraction

There is a rocky/ failed start to the relationship

A major event forces them apart

An event reunites them

They live happily ever after

Romantic comedies derive most of their comedy and conflict mileage from keeping the couple apart until the third act. This is due to both internal factors of the characters and external factors beyond their control.

The first milestone in a good romcom is to get the prospective couple to meet, but they don’t see each other as a couple. In fact, it’s more common for them to engage in a shouting match than a first kiss. That comes later. Much later. Regardless of how this conflict plays out, the only thing both characters agree on is that there is zero romantic potential between them. Don’t even suggest it.

They announce that they never want to see each other again and wouldn’t date each other if they were the last people on earth. First meets aren’t always so dramatic, but it helps. Also, Venus doesn’t give up that easily.

The next point of the story where the romance potential plummets to zero is at the end of act two when a critical event drives a wedge between them – an ex-partner returns to the scene, a lie is exposed, or a truth is revealed.

This is the second time the couple state that their attempts at a relationship is over – permanently. Time to move on. Until, they reunite a few minutes before the end of the movie and confess their everlasting love for each other. Time to move in together. “You were always the one!”

Let’s look at some reasons why the love-fated couple traditionally dislike each other when they first meet:

The worse the scenario, the greater the initial dislike (bordering on hatred). Consider some romcom openers: spilling wine on each other’s best suit, accidentally getting them fired, stealing their parking spot, giving them a peanut butter cookie without realizing their severe peanut allergy, they’re already in a serious relationship, on the rebound from a failed one, or crashing your car into their house as you were reading your text messages. Fine, the last one is outrageous, but imagine what a great opener it could be if someone drove into your front room? “Excuse me, may I use your phone to call roadside assistance?” Conflict and comedy ensue.

Screenwriters can really get creative with their romantic comedy openers and show the audience something they haven’t seen before. Granted, it might be difficult to get a date with someone after you’ve just crashed into their living room, but love will find a way.

The key here is that the characters have a good enough reason to dislike each other, but also have a strong reason to maintain contact. “I’ll pay for the damage, drive you to the hospital, or pay for your dry cleaning?”

The emotional core behind first impressions relates to our fight or flight instincts. We are always in defense mode until a suitor proves otherwise.

Uh, oh. “You can’t be falling for him. He’s a womanizer,”  said the best friend who claims to have your best interests at heart. “You can do better,” said the jealous friend.

Sound familiar? “She’s a man eater. Recently divorced… for the third time.” Sounds like trouble? Reputations are either justified or not and can be exacerbated after an ill-fated first meeting.

Making a relationship judgement on on the quality of reputations is based what a character already knows about another person and what they discover through other people or those online background check websites that charge too much for a full report.

Dealing with a bad reputation can largely subjective, especially if the man/woman of your dreams has just spilled red wine on your favorite blazer. That citation over an unpaid parking fine can be a deal breaker.

You need to consider what their reputation was based on – were they in prison, manipulative, or a gang member? Furthermore, you must decide what is true, what is embellished, and what is false.

If they are complete strangers, a character’s best friend or confidante might know their romantic prospect’s reputation and advises them or the prospect to stay away.

You like jazz. They like hard rock. You like the beach. They get sunburned quickly. Although these lifestyle difference are skin deep, they can cause a potential couple to call time on their relationship before it begins.

If you really want to put your characters through the wringer, give them more substantial differences like educational level, geography (rural versus urban), religious upbringing, and social values (conservative versus liberal), career, and wealth. 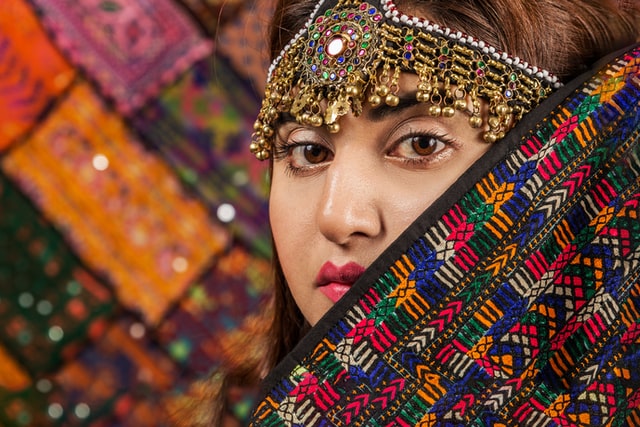 Not having anything in common especially after a disastrous first meet, can really put a damper on things.

Naturally these differences must be overcome during the third act of your story as your couple discover that compromise and common purpose lead to a successful relationship.

You may secretly harbor tender feelings for someone, but your colleagues wouldn’t accept them. What happens if you meet someone from a rival company, sorority or team, or you’re both running for governor or School President? You can’t fall in love with your rival? Or can you?

The next problem is falling in love with an enemy of your inner circle. A romantic interest who did someone close to you wrong, dresses differently, not being part of the popular crowd or a coveted clique can put a damper on any relationship. Your submission to peer-group pressure may cause you to dislike a partner when you first meet them.

Don’t you hate it when your lines get crossed? “You said we were meeting for coffee on Tuesday.”
“I meant Tuesday next week. Not tomorrow.”

Picture those cell phone conversations in traffic, dropouts or loud noise. Breakdowns can also occur by accidentally deleting or missing texts or emails (don’t forget to check your spam folder which somehow allows advertisements to pass through to your inbox but not the date of your coffee meeting).

Cultural and linguistic differences can also add to the comedy and confusion of romcom films. “Get out of here,” and “Shut up” aren’t affirmations of endearment outside America.