A script can have wonderful characters, a terrific plot, great scenes, amazing dialogue and perfect structure, but if there is no theme your script will always feel like “something’s missing”. But what exactly is theme?

The theme is what your script’s really about — the moral issue underlying the plot. John August (Go! Big Fish, Charlie’s Angels) likes to think of theme as the screenplay’s DNA, and I think this is a good approach too. The theme can be thought of as the foundational DNA building blocks on which the plot, characters, scenes and everything else hang. 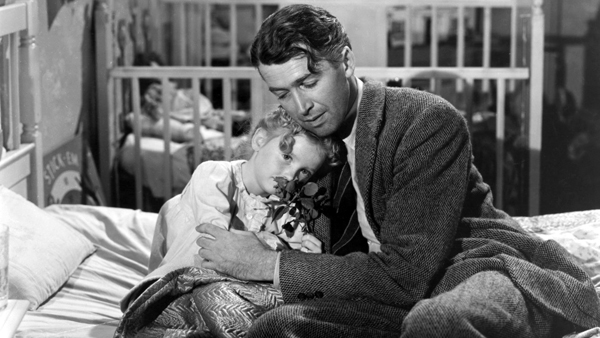 Much of the advice out there recommends “letting the theme emerge over several drafts”, but I think leaving theme until late in the writing process is a mistake, and often the precise reason why many spec screenplays are so unfocused.

Rather, after coming up with a concept, I like to work out what the theme is, rather than diving straight into heavy characterizations and plot outlining. I find that if I haven’t worked out first what my story’s about on a grass roots level — the DNA of the script — I’m not in the best situation to determine what kinds of characters to create, what actions they might make, what kinds of things need to happen in the scenes, in the first place.

Let’s examine how best to approach and apply theme in your screenplay through five simple steps.

The first step is to take the basics of your screenplay — the logline, concept, basic backstory, and plot lines — and see which various themes could emerge from them. Contrary to some of the advice out there, “Love,” or “Revenge,” are not themes, but categories of potential themes. However, these are what you need to identify first.

Step 2: Nail Down Your Theme

Once you’ve chosen some broad categories, it’s time to try and distill them down into an actual theme. You may have been told to state the theme as a moral question, such as, “Can money buy you happiness?” This can be a useful way of looking at it, but it’s not essential. You can also just state the theme in a simple statement like, “Money won’t buy you happiness”.

Coming up with a theme doesn’t always have to involve reinventing the wheel. “Money won’t buy you happiness,” for example, is the main theme in Fargo, but you should absolutely use it in your own script if you think it’ll fit. In fact, it may be better to use a simple, tried and trusted theme like this because it’s already proven to be able to resonate with audiences on a profound level.

Once you’ve come up with a basic idea of what your theme is, it’s time to add in the three main characters from your script — protagonist, antagonist and stakes character. The theme may change as you go along in this process, but that’s okay, it’s all part of working out exactly what you want to say.

Let’s see how to express your theme through each of the core characters, starting with the most important one in your story — the protagonist. 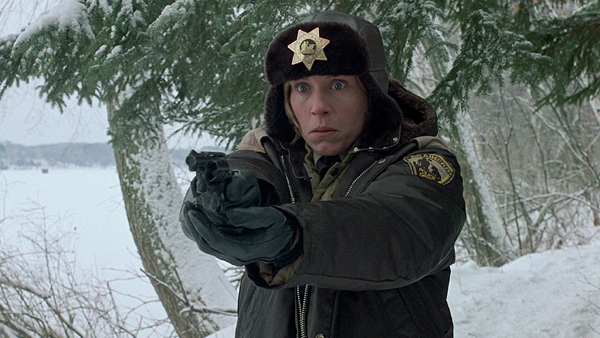 You probably already know that your protagonist should go through some sort of transformation in the script, known as a character arc. This often involves a major struggle as they go from being a flawed, messed up individual, to realizing their shortcomings and becoming a better person by the end.

A great way to get a handle on how to express your script’s theme is to marry it to your protagonist’s character arc, i.e. their transformation from someone who’s flawed and lost in some way, to someone who’s overcome their flaw and knows what they want. (Or maybe they don’t, depending on the narrative.) It can be helpful to utilize the three act structure to chart this arc:

Act 1: The protagonist is completely oblivious of the theme and unconsciously resists it.

Act 2: The protagonist has experiences that challenges their ignorance of the theme and their resistance lessens.

Act 3: The protagonist finally realizes the truth behind the theme’s message and fully embraces it.

Let’s check out some examples:

Sideways: “To be able to love someone you must first be emotionally mature.” Miles is oblivious of this message in Act 1, but learns to accept it at the end in Act 3.

It’s A Wonderful Life: “It’s more important to gain happiness from the small things in life than the big.” Again, this is the message George Bailey is unconscious of at the start of the film, but learns by the end.

The Matrix: Neo has no clue that you need to believe in yourself to reach your true potential while working in his office at the start of the film, but by Act 3 he realizes he’s The One.

Fargo: Jerry is completely ignorant to the fact that money can’t buy you happiness in Act 1 of the movie, but as his plan comes apart at the seams and he winds up being arrested, he understands it at the end.

The Shining: “The errors of the past are bound to be replicated because human nature is essentially flawed.” Jack is unconscious of this fact at the start of the film, but succumbs to it by the end of Act 3.

Since a protagonist usually begins a movie flawed and unaware of the theme, they also have an opposing point of view to the theme and seek to resist it.

Note: Not all protagonists change. James Bond, for example, changes very little, but that’s mainly due to the fact he’s part of an Action/Adventure franchise. Mavis in Young Adult doesn’t change either, but some would say that’s to the detriment of the film. I strongly recommend that all aspiring screenwriters strive to give their protagonists a character arc that enables them to significantly change.

The antagonist is also unconscious of the theme in the same way as the protagonist, but because they’re even more flawed their resistance to it is even greater, and consequently their behavior even worse. This means they’re just about willing to do anything to go against the theme.

Sideways: Jack is as emotionally immature as Miles, but expresses this not by closing himself off from women like his friend, but by actively pursuing sex with them right before his wedding.

It’s a Wonderful Life: Potter doesn’t think for a second that happiness can be found in the smaller things in life any more than George does, but his lack of understanding of the theme is so great that he’s willing to destroy the lives of all the inhabitants of Bedford Falls to get what he wants.

The Matrix: Agent Smith doesn’t realize, just like Neo, that you need to believe in yourself to reach your true potential, and is determined to kill anyone who attempts to disrupt the Matrix.

Fargo: Hired kidnappers Carl and Gaear are just as oblivious of the theme that money can’t buy you happiness as Jerry. Unlike him, however, they don’t care if innocent people get killed along the way if it means securing the money.

The Shining: As in many horror movies, in this film the antagonist is an unknown force — in this case the Overlook Hotel. The hotel represents the idea that humans are always bound to repeat their past mistakes in a more extreme way than Jack, and by the end forces him into accepting its lack of understanding of the theme.

Often the antagonist’s resistance to the theme is so great, so entrenched in their psyche, that they fail to change in any significant way, as opposed to the protagonist. For example, Potter ends It’s a Wonderful Life just as cruel as when it began. Carl and Gaear die at the end of Fargo exactly the same men as they were at the beginning, and the Overlook Hotel is destined to remain the same forever. In Sideways, Jack does change and has significantly matured by the end, and this is mainly because the film’s a character based two-hander between him and Miles.

The stakes character is the person in the script who helps the protagonist (and us) embrace the theme, usually through the B-Story. Often they’re also a romantic love interest, and don’t resist the theme at all as their world view is already totally aligned with it from the beginning of the movie. The stakes character may have other flaws, but these are usually not ones that relate to the overall theme as they already understand it.

Another character that forces the protagonist to change their point of view is the antagonist, but they do this in a different way — namely by reflecting back on to to them just how unconscious of the theme they both are. On the other hand, the stakes character represents the state of enlightenment that the protagonist aspires to reach.

Sideways: Maya is emotionally mature from the moment Miles meets her. She’s been ready for a long time to meet someone new.

It’s a Wonderful Life: Mary knows from the start how to experience joy from the small things in life. All she wants is a happy family with George.

The Matrix: Trinity always knows that you need to believe in yourself to reach your true potential, just as she knows Neo is The One.

The Shining: Wendy and Danny represent the idea we’re not bound to repeat the errors of the past because human progress is not inherently flawed. Both Wendy and Danny want from the very start of the movie to just be a happy family, and throughout reject the evil of The Overlook Hotel. 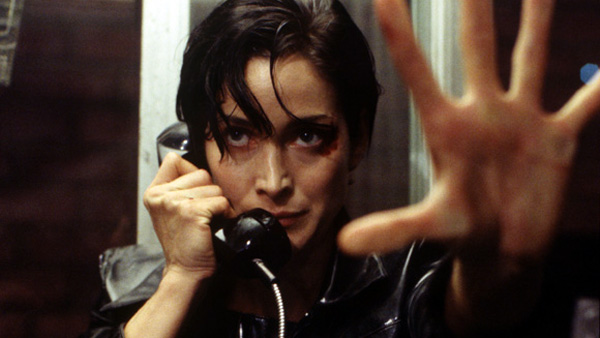 Once you’ve broken down each of the core characters’ motivations regarding your story’s theme, you’ll be in a far better position to write a screenplay containing a strong thematic argument at its core. You’ll know more about the types of people you’re writing, the types of decisions they’ll make, and the types of scenes and plots you should be including in your script.

But let’s be honest, it’s often much more interesting to come up with cool plot twists, engaging characters and hilarious set-pieces than it is to contemplate a deeper, philosophical meaning to the story’s events. The problem is, without a theme, your screenplay runs the risk of playing out as a series of unconnected, meaningless events, and so it’s super important you don’t overlook it.

Far too many screenwriters leave their theme half-baked because they’re too busy concentrating on all the plot devices and witty dialogue, and end up writing scripts that feel empty. Don’t fall into this trap!

It’s imperative that you learn how to layer a compelling theme into your character arcs and story events in order to make your script stand out from the pack. It may not be the most exciting aspect of screenwriting, but unless you can communicate something about the human condition that resonates in your script, you’re going to have a very hard time getting agents, managers and producers interested in it.