7 Ways Screenwriters Can Give A More Effective Pitch

Pitching is a delicate dance between screenwriter and executive. A mating ritual of words and story ideas. A seduction. Much of it is rehearsed, but there is a certain amount of winging it involved, especially if screenwriters need to pivot to change their pitching tack in a flagging room. Screenwriters need to read the room, feel the room, and process non-verbal cues. This is called emotional intelligence and focuses on softer, less tangible skills.

One piece of pitching advice that always sticks in my mind is,

There is a certain of amount of mind-reading, interpreting and extrapolating involved as screenwriters unravel what the nods, pauses, questions, inflections, poker faces, and exclamations of delight they might hear in a room as they guess a the progress and outcome of their meeting.

This leads me to some primary questions executives may be asking themselves, the answers to which I hope will help others see beyond the horizon.

1) Is this story something we can produce?

When it comes to creating a pitch, I don’t ask if the property is something that can be produced. Literally, anything can be produced these days, at a price, because of cheaper and more accessible technology. But I do wonder, whether and where it can sell? That’s not the job of the screenwriter though. That’s the job of their reps and producing partners. But every screenwriter needs to know the market and comps (comparable properties). And the players behind those comps. Talk the talk. Behave like an insider.

The screenplay selling market has ebbs and flows. Sometimes it changes often, and quickly, making it virtually impossible to stay ahead of the curve. Other times it’s relatively stable, from genre to format to budget to sales market demands. And every few years, lightning strikes and the industry shifts in new, unexpected, innovative ways.

Over the last decade, from the spread of streaming to roughly 70% of U.S. households, with AT LEAST one streaming service, to the explosion of smart phones that distribute a myriad of narrative formats, eyeballs have been drawn to completely new content in a dizzying array of formats. 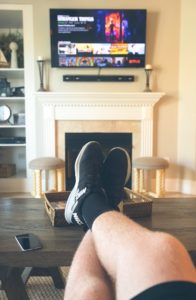 You can literally create short form narrative on Instagram and be paid for it.

Since the emergence of cable television and the advent of basic video and digital technology a quarter of a century ago, we’ve witnessed the greatest shift in our industry’s economics, from tech influences from Silicon Valley and telecoms, to multinational vertical integration with massive exploitation of giant IP, to on the ground, new creative opportunities as storytellers.

From the screenwriter to the VFX artist and everyone in between, we’re on a new frontier…

So in the pitch, an extremely important element these days for screenwriters to know is the market. From format to format. And while you literally need a team of people around you to help you reach your fullest potential, every screenwriter needs to know how to effectively articulate the comps in their pitch.

You can weave in showrunner and filmmaker comps, to full on title comps. But weave them into your pitch seemlessly. The context therein will help you stick the landing.

2) Is this a writer we can hire for other projects?

There are a couple of ways of looking at this. In general, every pitch should leave the executive or producer hearing it think “this is the ONLY writer for this,” because you sell yourself as the master of the characters, narrative and vision.

So that should technically be the only focus of the pitch.

But there are ancillary benefits implied in this question.

Can you deliver a vivid, compelling, solid pitch of a series or feature in 20 minutes? Where you articulate an imaginative depiction of you take? Execs and producers will be able to see everything from the world to the cinema to the talent to the market, all under the lens of an elevated, sharp, rhythmic presentation that sucks us in like a story vortex.

By the time this is posted the story, the following may not be all that present and relevant, but I’m ironically out with a TV series pitch as I write this, based on a novel, from a client who has a great resume with buckets of TV experience.

I’ve got him in the room with a ton of executives who have all universally seen his talent through the pitch we developed over the last few months. That, in turn, has planted the seeds for future collaboration and employment. They’re literally now keeping him in mind for TV writing staffing and future development.

Moral of the story? Even if the company passes, but you crush the pitch… you’ll leave a lasting impression that often pays dividends. From staffing to OWAs (Open Writing Assignments).

3) Is this a writer we want to work with?

I’ll piggyback off the previous with this. Think of a new job. Any job. One where you had to interview. Your objective is simple. Sell yourself while vetting the employer so you feel like you’re as much a good fit for them, as they are for you.

The career of screenwriting is no different than any other. Each script, staffing job and OWA are all influenced by the collaborator’s desire to work with you in each of these opportunities.

And a great pitch can simply help you stand out to the point where execs and producers will remember you for future collaborations.

4) Can the screenwriter develop?

This question boils down to the articulation and the presentation of the pitch. Is the writer able to lay out a roadmap of the characters’ arcs and plotting, with a clear comp/cinematic vision? Does the idea have legs?

Going back per above, the screenwriter will show they’re the “master of their pitch.” That means they’ll be able to address any note, bc they have so much knowledge about the characters and society, the culture and world/universe, its rules, the tone and cinema, and a whole host of other elements. Which is important because all those details will all but assuredly change over the course of the development process. Hence the question. Can the writer develop?

So my advice is to simply KNOW YOUR STORY. Inside and out. Upside down. Right way up. Be prepared for anything and everything.

If they stump you with a story element you weren’t prepared for, smile gratefully and state your intention to give it due consideration.

5) What words of caution would you offer screenwriters when presenting a pitch?

Great question. Here’s something I’ve run into before. And it’s rarely (read: never) been good.

More than a few times, unfortunately, I’ve literally been in the room where a writer, and even a fellow co-producer, after the initial pitch of the first project, why we were there to begin with, unexpectedly pitched another project. It made the focus of the initial business opportunity feel muddied and unnecessarily complex. Leading the execs to pass.

By all means pitch alternative projects in meetings, but only if they ask “what else have you got?”

Subsequent meetings are typically a deeper exploration of the initial  project.

6) How should writers “read” the room?

Reading the room is EXTREMELY important. Don’t get flustered. Stay focused. Deliver your pitch with confidence and forged spontaneity, just like you did the 100 times you practiced it before.

Executives, producers and talent come in all walks. Some are high energy and engaging with buckets of questions. Others are more cerebral, quiet and mysterious, where they hold their cards close to the vest. Neither is better than the other. Your job is to identify them and fine-tune your pitch accordingly. 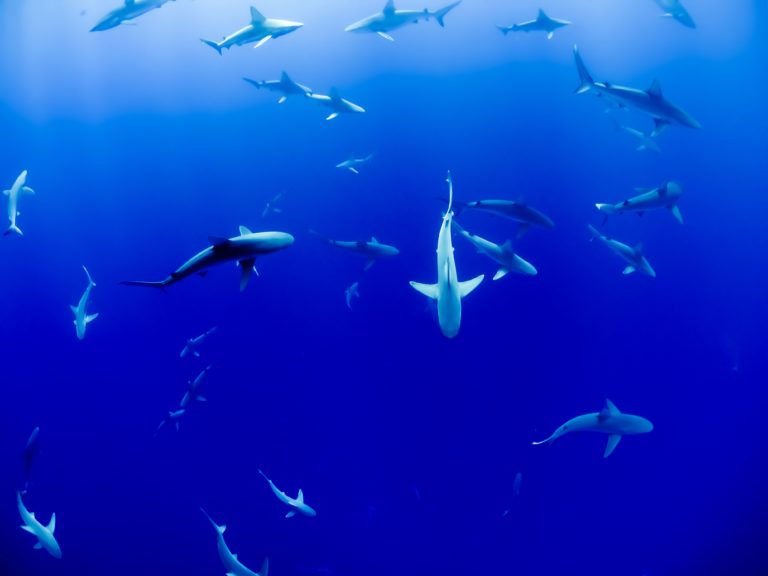 Pitching can be like facing down a giant beast of intimidation. For some reading this, they’ll know what I mean if they’ve seen the now classic, SWIMMING WITH SHARKS. Sharks that haven’t eaten in days.

Or it can be a breeze with a seamless dialogue between the writer and other party. This is not only the easiest and smartest path, it’s often the most rewarding.

Keep in mind the following though. Every single piece of film ever shot and produced, every single digital frame recorded, in all of film and television history, has been a collaborative effort.

7) What should writers know about the executives and producers they’re pitching to?

As a manager, one of the core principles I developed since I started on this path a decade ago was to help my clients know not just the market, but to know the players behind the scenes.

So while I don’t know how other reps handle their client interactions (I work solo), for me personally I spend a fair amount of time discussing the people we’re approaching and pitching to.

I’ve developed so many great relationships over the years, from fellow reps to executives and producers, to showrunners and talent, that I actively seek to share what I learn from them with my clients, before my clients even step foot into the room.

Individually, however, regardless of whether or not a writer has that kind of collaboration with their team, every screenwriter should always be mindful and aware of the people they meet with before they sit down. At worst it shows an over-eagerness, but more times than not, it’ll show a significant sign of respect for the person you’re meeting with.

The previous is by no means Gospel. I’m simply one person with his own experiences and opinions. There’s more than one way to skin a cat in this business.

But hopefully I made an impression. Pitching isn’t always easy, but it’s simple. Mathematical even. From logline to outline, delivering an elevated, captivating presentation of the characters, their arcs and the plotting, every facet of the pitch needs to be concise and confidently shared if you want to arrest our attention. It takes time and practice, but doing so with a style and engaging energy will suck us into why we’re invested and why we care, while also making us see the sales opportunity, parallel to showcasing your vision and talent.”