There are mild spoilers in this interview.

Picture it. Daddy’s little girl is all grown up and is about to get married. She’s ready, but daddy certainly isn’t. He has a lot of trouble letting go. Comedy and hi-jinx ensue. Edward Streeter captured the comedic tale of a father’s emotional distress in his book Father Of The Bride in 1949. It was adapted into an hilarious film in 1950 and again in 1991. Thirty years later, screenwriter Matt Lopez (Promised Land, Bedtime Stories) decided he was was going to dust off and sprinkle some spice on the story to give it a makeover with a Latin edge.

“Weddings are a universal part life. The joining of two people in love is celebrated across cultures, across borders, and is timeless,” said Matt Lopez. He confessed to being a major fan of both of the original films, especially the 1950 version starring Spencer Tracy, Joan Bennett, and Elizabeth Taylor. Warner Bros approached Lopez about remaking this timeless classic. 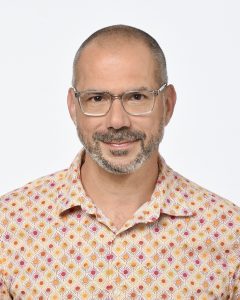 Matt pondered the question as he considered how it could be retold with a fresh take for contemporary audiences. “To both Lopez’s and Warner Bros’ delight, neither was interested in taking the template of the original films, casting Latino actors and calling it diverse.”

Rather than conceiving Father Of The Bride 3.0 as a remake, Lopez asked himself, “What is the new story here? What is its own reason to exist?” He then come up with the idea of writing “a love story between the parents of the bride.” The core DNA remained intact, but Lopez added a few more components – a wedding planner (played by Chloe Fineman) and tension within the family. However, the key dilemma of the father of the bride Billy Merced (Andy Garcia) and the special father-daughter relationship with his daughter Sofia (Adria Arjona) always underscored the story.

The biggest departure from the original films was that the father and mother (Isabella Merced played by Gloria Estefan), unbeknownst to Sofia, suffered a marital collapse. They had given up on the idea of saving their marriage, but wanted to wait before telling the family.

“That injected an element of farce to it as they pretended to be happily married throughout the wedding.” There was deep irony in Sofia’s parents helping to plan their daughter’s wedding while there’s was falling apart. Could this potentially reignite a spark as they are reminded why they fell in love in the first place?

Matt Lopez identifies as Cuban American. He grew up in Florida which is steeped in Cuban American culture. After moving to Los Angeles, he discovered another rich Latino culture through its sizeable Mexican American community with its own distinct cultural nuances. “There are many parallels such as language and religion between the two, but also many differences such as food.”

This inspired the idea of the bride’s family being Cuban American and the groom’s (Adan Castillo played by Diego Boneta) family Mexican American. “I needed to show that Latinos are not a cultural monolith and they clash.” Lopez utilized the differences between the two to great comedic effect. As luck would have it, there were also Latinos of all stripes involved in producing the project, each which brought unique aspects of their own culture to the story. 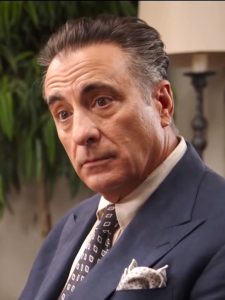 The screenwriter was mindful of balancing the storylines of the parents – the Merceds and the Castillos with those of the bride and groom. “This speaks to a tension we were conscious of during the writing.” From an early stage, Lopez was cognizant of  the larger ensemble cast compared to the previous two films. Sofia Merced has an adult sister in this version who has her own story.  However, the entire story was anchored in the father of the bride’s story.

Matt Lopez used color-coded index cards to keep track of the characters. “It was a way to map out and balance the story without losing the core father-daughter story at its heart.”

Hernan Castillo (Pedro Damián) has both a current and an ex-wife in the movie. “Some of that story came out of discussions with the film’s director,” added Lopez. “He grew up around Mexican industrialists, many of who had a second (trophy) wife.” Although getting remarried isn’t an exclusively Mexican occurrence, Lopez was interested in the equilibrium established in the relationship between the current and ex-wife. “It’s a notion of the modern family with a modern kind of love, even if the marriage fails.”

Matt Lopez recalled the typical wedding scenario where all the guests entered the dance floor after the bride and groom have completed their first waltz. “You see love in all its stages and iterations ranging from the couple that has been together for decades to the couple that met the night before.” But like many long-term romances who’s intensity runs in waves, the movie explores the notion of keeping that initial spark alive and not falling into the trap of taking each other for granted or letting the romance dissipate. These thematic elements added a new spin to the story.

Apart from Billy’s journey of letting Sofia go, Father Of The Bride touches upon themes of traditions – old versus new. “Billy Merced embodies this idea of an immigrant culture where the desire to cling onto traditions and culture gets magnified. As future generations are born, they have one foot in each culture as they forge their own paths.”

“Billy wrestles with the idea of his children honoring their Cuban heritage, but aren’t bound to it. The world is shifting under his feet, much like his marriage.” Ultimately, this conflict may have strengthened Sofia and Adan’s relationship.

Although the happy couple eventually make it down the aisle, they have found a new understanding of their respective cultures and their families. Paradoxically, it’s Sofia and Adan who impart relationship advice to their parents rather than the other way around. Lopez cites an example of sacrifice because Adan is putting his career on hold so Sofia can take a job in a nonprofit organization in Mexico. “This idea is so alien to Billy’s patriarchal idea of marriage.”

Matt Lopez considers his writing to typically fit into the “four quadrant family mass appeal space.” This can be coupled with action, fantasy, and romantic comedy elements, especially for feature films. He was allowed to spread his creative reach in the television landscape with shows like Promised Land and Gone. “Television allowed me to flex different muscles across genres.”

Matt isn’t so focused on writing in a specific genre as he is telling a good story. “I tend to latch onto a character and start writing. Everything around that character becomes ancillary.”