A World Of Words With Images

“A World Of Words With Images” TV Writer Hagai Levi Talks ‘In Treatment’ & ‘Scenes From A Marriage’:

Hagai Levi (The Affair, Be’Tipul, Our Boys) is a prolific. critically-acclaimed writer who has two TV show in Golden Globes contention, In Treatment and Scenes From A Marriage. Both are gritty, realistic dramas exploring rich thematics and ask probing questions about life.

Levi has straddled many sides of the film and television production process. He has often asked himself whether he most identifies as a producer, director, or writer, since he typically straddles all three at the same time. “I started as a a writer. I came from a world of words with an image in it,” he said. Being a writer is his natural state. He performs these additional roles to protect his writing from reinterpretation.

Hagai approaches his TV shows from the perspective of psychology and psychotherapy. “These are important parts of my life, both as a patient and a practitioner.” He studied psychology for three years. “I also suffer from anxiety to this day,” he continued. “These shaped my point of view and the way I see things.” Hagai Levi accurately describes his writing voice as a “true, honest, quiet exploration of character.” 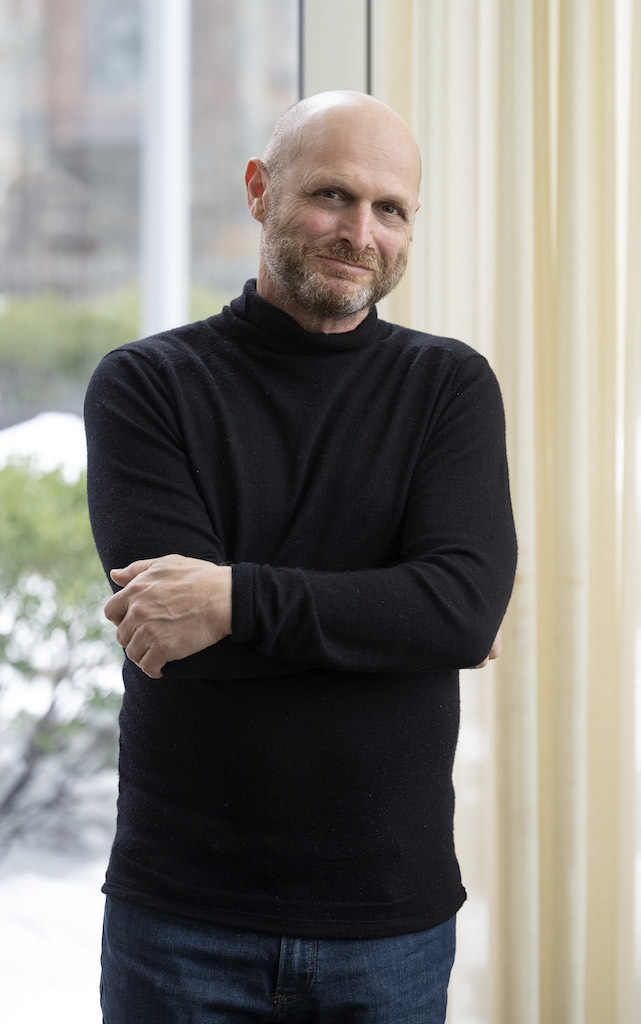 Levi also came from a deeply religious Orthodox Jewish community which also made an impact on his stories. “The main thing that would interest me is some kind of moral dilemma at the heart of everything. That is an essential part of everything I do.”

On a broader level, Hagai Levi likes to explore the deepest aspects of relationships. “I’m really attracted to dialogue between characters.” He considers this the defining element of his writing style through often extended scenes. “When two people have a conversation, a third entity is created between them through dialogue.”

Levi confessed his love of exploring a dramatic situation “to the bone. I explore it to death.” Hagai added that this approach is not simply a literary device, it also deepens the storytelling.

He cites his TV series The Affair as an example. “I look at the anatomy of an affair as a story device.” He used the same analogy when he created In Treatment. “The Sopranos and Ally McBeal included scenes with a psychotherapist, but the shows weren’t about psychotherapy,” he mused. It had to be at the center of it.

Despite Hagai Levi’s attraction to conflict, his TV shows generally have a muted, tempered tone. “I like things quiet. Every time I try to write a clichéd scene with yelling and physical violence, I feel uncomfortable,” he continued. As an individual, Hagai admitted that he rarely shouts. He’s gentle and quiet like his characters.

“I prefer to explore restrained people… people with inhibitions.” Levi refers to the character of Jonathan (Oscar Isaac) in Scenes From A Marriage who acts in a very inhibited and way as his marriage is being tested.

A New Form Of TV Writing

Hagai Levi’s shows have an undulating, dialogue-heavy approach to their storytelling. They often contain long scenes of characters entering early to discuss a backstory and then continue without a clear resolution of the issue. “When I create a new show I look for a new form. I believe there is a new way to tell a certain story that isn’t conventional.”

In Treatment was told from the perspective of the psychiatrist Dr. Brooke Taylor (Udo Azuba) more than the patient, and The Affair placed equal weight on Noah Solloway (Dominic West) and Helen Solloway (Maura Tierney) to signify the double-sided nature of a relationship breakdown. “It’s the most interesting inquiry. How can I tell the story in a way that only fits this story?” The writing approach keeps Levi’s work fresh and exciting.

Scenes From A Marriage was reinvigorated from a 1973 Danish TV series by Ingmar Bergman. When Levi declared that this was the impetus for him to write Be’Tipul (the precursor to In Treatment), Ingmar’s son Daniel, invited Hagai to write a modern version of the original show. Levi happily accepted the challenge of exploring a couple on the verge of divorce.

He wanted to remain faithful to the original but added a few tweaks. He flipped the gender roles – Mira (Jessica Chastain) initiates her divorce from Jonathan. “It was very clear to me I was going to do a remake of the original… not an “inspired by” or “based on” version. It didn’t want to invent a new TV show,” he added. He omitted the second episode, but the flow and scenes from the original remained largely intact. “It’s like Shakespearean theater. You can keep the text, but can change things around the text.” This allowed the modern version of Scenes From A Marriage to be very close to the original, but also very different.

Hagai Levi openly defies the well-known adage of storytelling – Show Don’t Tell. His writing is direct and often depicts characters verbalizing their thoughts, feelings, and ideas. There is little room for subtext or audience evaluation of how a conflict should be resolved. “Sometimes it more interesting to hear characters describe what happened than actually seeing it happen on screen.”

This frank dialogue lends itself to avoiding judgment. When one character has an affair, it is easy to label them as the perpetrator and their spouse as the victim. Presenting two valid points of view allows the audience to make their own decision on whether a character is good or bad. “My goal is to make the audience understand the characters no matter what they’ve done. I didn’t want the audience to judge Mira – she’s the bad mother, she had an affair, and dissolved the marriage.” Levi wanted to explore her motives and pain more than her actions.

Levi’s rich scenes allows the audience to fully empathize with one character at a time. “Am I with her or with him now? The audience is a spectator floating between the two.”

As a writer, Hagai Levi wants the audience to experience each character from an extreme close up point of view. “I want them to get into the character’s mind and soul. If I want to feel them, I have to be with them. I can’t look at them from afar.”

Scenes featuring sessions in a psychiatrist’s office generally follow a boilerplate format – patient sitting or lying on a sofa, psychiatrist asking probing questions while taking notes in an objective, clinical manner before making a diagnosis. In Treatment, challenges this blueprint by alternating the role of the psychiatrist with the patient. Dr. Brooke Taylor is both healer and needs to be healed. She is both vulnerable and in control. This simultaneously challenges and empowers the character.

In keeping with Hagai’s philosophy of deep exploration, he wanted the show to be about the therapist more than the therapy itself. “It was breaking the typical Freudian therapy session mold.” The idea of a therapist nodding without judgment is one-sided, detached storytelling because “they don’t express any feelings or opinions.”

He believes the therapist is involved in a relationship with their patients by default. “Sometimes they love them, they hate them, or are insulted by what they hear.” This was Levi’s main motivation to create this character. “Putting the therapist in therapy allowed me to explore what’s behind the facade of their professional image.”

Although most decisions to continuing seasons of a television series are made by business executives, Hagai Levi believes that it also boils down to how many layers the writers create for their main characters. “I want to feel that I’m not done with a character at the end of a season, so I have to write a new one.”

Sometimes, the network wants to inorganically spend more time with a character whether the character construction warrants it or not based on ratings.