We all knew it was bound to happen. Not if, but when… Sentient AI becomes self-aware and plots its path to wipe out humanity. This is the plot of Superintelligence starring Melissa McCarthy (Carol Peters), James Corden (AI), and Bobby Cannavale (George). Screenwriter, Steve Mallory who also wrote Tammy, The Boss, and Life Of The Party also starring Melissa McCarthy spoke with Creative Screenwriting Magazine about bringing his idea to the screen.

The concept behind Superintelligence had been ruminating in Mallory’s mind for many years – since May 2016 to be precise. “I was in the waiting room of a doctor’s office and Terminator 3 Rise Of The Machines was showing on the TVs without any sound,” said Mallory. The concept of Artificial Intelligence (AI) taking over the world and starting a war stuck with him. “The end is dire. Skynet takes over and everybody dies.”

The first question that entered Mallory’s mind was, “Is that the first thing that an AI would do if it became sentient?” To the screenwriter, destroying the world creates more problems than it solves. Mallory’s younger sister works in AI at Microsoft so naturally, he consulted her to determine if destruction is the first thing an AI would do. Fortunately, the answer was probably not, but it depended on what it was originally trained to do. This aspect of AI also resonated with the screenwriter and the key story elements of Superintelligence gradually fell into place. 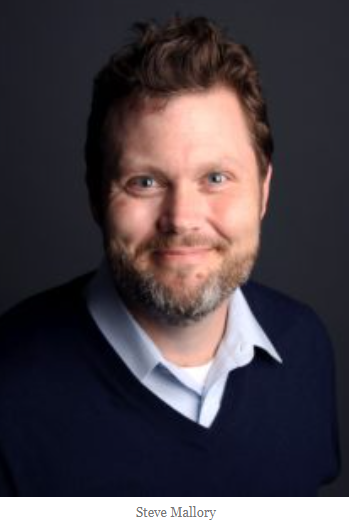 Ignoring its dark origins, Melissa McCarthy saw Superintelligence as an “apocalyptic love story.” Steve Mallory took this brief and “transmuted it into something unexpected. Despite the bleakness, darkness, and dystopian future of Terminator 3, I saw the opportunity to have fun with this idea.” The screenwriter uses this mantra in all his projects.

Personally, Mallory prefers writing more positive stories than the “fatalistic, nihilistic themes of the Terminator franchise. I like to lean into the idea that humanity is humanity’s best feature if we let it shine. The second you allow humans to be themselves outside of the forces working against them, they will find their higher angels.”

Superintelligence is billed as a comedy, but it’s certainly laced with deep, philosophical undertones such as facing death. Carol Peters was faced with the prospect of watching the world be obliterated because the AI didn’t consider it important.

Carol Peters reconnects with her love interest George, but she keeps the impending doom of the world a secret from him. “Carol lets George enjoy the final hours of his life. A well-lived and happy life is more important than any death.” The emphasis of a happy life should be how you live, not worrying about the inevitable.

Getting Melissa McCarthy and Ben Falcone Onboard

Despite working with the “McCones/ Falcarthys” for many years, Superintelligence was not originally intended for them. “I wrote it entirely for somebody else in mind,” confessed Mallory. “Melissa hijacked my film.” During McCarthy’s downtime during shooting Can You Ever Forgive Me? she enquired about Steve’s spec script and offered her thoughts.

“After waiting for a copy edit pass, she called me back five days later and told me she was going to make it.” Then she went back on set. The draft McCarthy read had a lot of heart. “It was funny and it had some serious themes and tones. At the end of the day, Superintelligence is about having kindness and belief in humanity.” Melissa McCarthy imbues these qualities into Carol Peters because they are the same person. The script landed on Melissa’s desk at a point where she had worked on darker material such as The Kitchen and Will You Ever Forgive Me? at the time, so she was ready for more light-hearted fare. 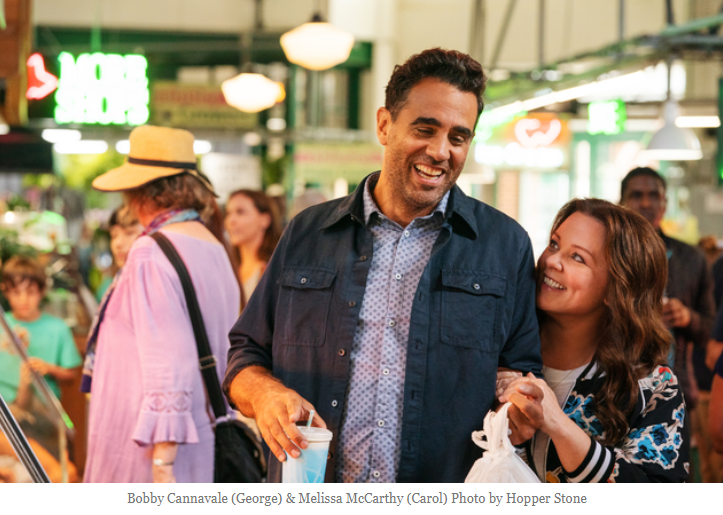 The main thrust of Superintelligence lies in the AI wanting to better understand humans in order to decide whether they are worth saving. Despite AI capabilities improving exponentially, they are not good at processing the “gestalt.” It understands emotions, but not the underlying nuance, undertone, or intention.

The AI had its own character journey to complete as it studied with its advanced exploration of the human condition, but also grappled with its ignorance.

Carol Peters drives the film. “She begins having doubts about her life choices. She’s disenfranchised and thinks she knows how she wants her life to be, but doesn’t have a clear path.” This high-mindedness and self-doubt finally lift as she realizes all she wants is to be happy rather than live the high life the AI afforded her. “All good heroes lose sight of who they are at some point.” As the film progresses, she leans more into allowing her kindness and happiness to flourish because the AI has brought out the best in her.

The AI has a vastness beyond Carol’s comprehension. It’s everywhere. It controls her life in ways she’s not aware of. “Despite her ‘ordinariness’, the AI realizes that Carol is exceptional because of her deep compassion and empathy.” These are traits worthy of saving the human race despite the AI being primarily interested in the experiment of defining humanity rather than the consequence of either saving or eliminating it.

Carol was selected for the AI’s experiment because she was so average in every way. This was by Mallory’s design. “As we evolve as a species, the more we keep praising people for their supposed exceptionalism. This isn’t the best thing because I believe in the ordinary person.” Mallory believes people should rise to the best versions of themselves rather than strive for celebrity status and edification. “Everything gets done by ordinary people, not the elite. Being ordinary is what makes us exceptional because we don’t strive to be thought of as such.”

In conclusion, Steve Mallory believes the best screenwriters require a burning sense of curiosity. “The writers who ask why and figure things out for themselves are the ones who’ll succeed. They don’t worry about what is right or wrong because they’re more interested in what is out there.” When writers have a great story, they stick to it until it is written.