Arenas and Finish Lines in Screenwriting

Imagine a story about a soldier, wounded by past battles, who is sent to a hostile, unfamiliar place filled with danger and overwhelming obstacles. He’s a stranger in a strange land – the geography and the climate are almost the antithesis of his native world. His orders are conflicting and at times crazy, he’s in conflict with his fellow soldiers and commander, and the indigenous people in this new world come at him with suspicion, hostility and aggression. Even his attempts to connect with the natives seem futile, and his efforts to fight for some kind of justice on their behalf lead to tragedy and death….

I’ve always found it fascinating that Avatar and The Hurt Locker – the two movies that duked it out for the 2009 Best Picture Oscar® – have so many common plot elements. Ultimately, The Hurt Locker won six Oscars®, including Best Original Screenplay to Mark Boal, while Avatar won three (though it wasn’t even nominated in the screenplay category).

The Hurt Locker went on to make just under $50 million in worldwide theatrical box office receipts, and only $16 million in the US and Canada.

So why the huge difference?

The easy answer is to attribute it all to Avatar’s huge budget, amazing production values, and dazzling 3-D special effects. But all the technology in the world can’t, by itself, generate that kind of audience response. Otherwise a lot of previous big budget movies, and even James Cameron’s own 3-D documentaries, would have topped the billion-dollar mark.

So Avatar’s success must have at least something to do with the story and screenplay.

I am not making any value judgment about the scripts for Avatar or The Hurt Locker. I thought both these movies were terrific – deserving of the praise they both received. And I would never maintain that big box office equals great art; too many fairly dreadful scripts have become blockbusters, and far too many wonderful screenplays fail to find a large audience.

But box office receipts are indicative of one thing: huge commercial hits that have managed to reach a huge audience. The writers of blockbuster films are able to touch a lot of people with their stories. So if you want to touch mass audiences in the same way, it’s critical that you understand how the screenplays for megahit movies manage to do so – even if your desire is to write only small, independent films. 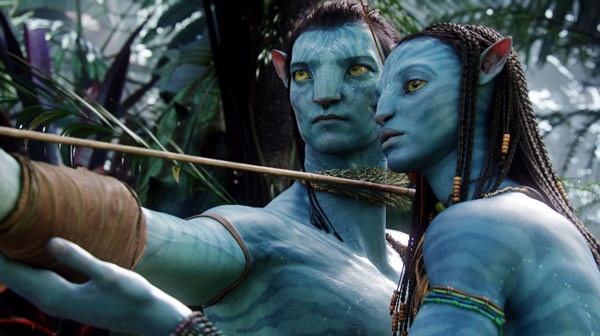 Outer motivation is my term for a character’s visible goal – the finish line the character is determined to cross by the end of the story. Your hero’s outer motivation is the compelling desire that they are desperate to achieve, and the one that defines the story concept of your screenplay.

So in Avatar, Jake Sully’s outer motivation is to stop the mercenary army from destroying the Na’vi.

This desire begins with Jake wanting to infiltrate the Na’vi tribe in order to gather information – to spy on them and figure out how to get them to leave so the unobtanium can be mined. This initial goal grows into a desire to stop the army from attacking them, and finally into a desire to lead the Na’vi in a war against the mercenaries. But these are all simply stages of accomplishing the same outer motivation: to stop the defeat of the Na’vi.

Any properly stated outer motivation creates an immediate image of what accomplishing that goal will look like on screen. As soon as we hear or read the words “stop the mercenaries from destroying the Na’vi”, we can imagine what that final battle might look like. We won’t know the details, and we won’t know the outcome, but the image is still clear.

It may sound odd, but when audiences go to the movies, they want to know as soon as possible how the movie will end. They want to know that they’re on a finite journey, one that will be brought to a clear, specific resolution.

When the hero of your screenplay pursues a clearly defined, visible goal, you’ve given the audience (and the readers of your screenplay) something to root for. They now know exactly what they want to happen at the end of the movie, and they can envision and anticipate that climactic event throughout the story.

Jake Sully actually pursues a second outer motivation in Avatar: to win the love of Neytiri. (Winning the love of another character is the hero’s outer motivation in every love story, and every romantic comedy.) Again, once we realize that winning her love is his goal, we can easily picture what success will look like on the screen: the couple will be united in a committed, romantic relationship at the end of the movie.

So in Avatar, we can easily picture the two visible outcomes that we’re rooting for the hero to cross at the climax of the screenplay and film.

In The Hurt Locker, we cannot. 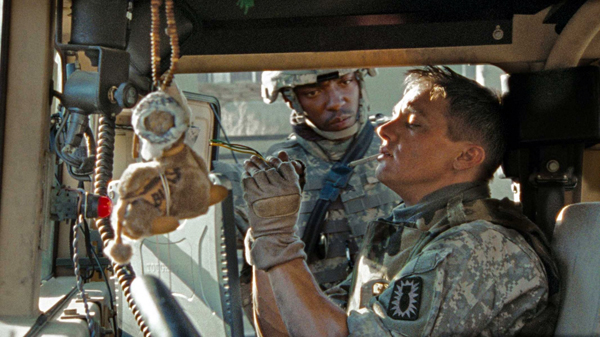 Certainly we want Sergeant James, the hero of The Hurt Locker, to survive his tour of duty in Iraq. But survival doesn’t give us an end point or finish line. James is surviving every time he defuses another bomb, or avoids getting hit by sniper fire, or is out of range of an explosion. This goal of survival takes us from minute to minute and scene to scene, but it doesn’t lead us to a clearly defined endpoint, one that we can clearly envision, and one that will give the story its climax.

Unlike Sully, Sergeant James is not trying to defeat an army, or win a war, or even win a specific battle. Nor is he trying to win a character’s love, or pursue someone sexually or romantically. In other words, there’s no outer motivation for the hero.

The Hurt Locker is what I categorize as an arena story – a story where the hero is thrown into an unfamiliar situation filled with conflict, and where his only goal is to survive until he’s able to leave this hostile environment.

Arena movies are not about escape. Wanting to escape a threatening situation gives a hero a clear outer motivation (as in the movies Panic Room or Toy Story 3). And don’t confuse arena movies with movies that actually have arenas, like Rocky or Remember the Titans or The Karate Kid – those are all sports movies, where the goal is to win some competition at the climax of the film.

Other examples of arena stories would be The Queen (Queen Elizabeth must weather the controversy surrounding the death of Princess Diana), Under the Tuscan Sun (Frances wants to start a new life after her divorce), or The Devil Wears Prada (Andrea wants to move up in the world of journalism by working for the demanding editor of a top fashion magazine).

These heroes are all like gladiators in an arena. Each enters a new situation, either by choice or by circumstance, and each faces overwhelming obstacles. But none pursues a specific outer motivation with a clearly defined endpoint. These heroes just have to keep going, hoping to be better off when their situation is resolved. 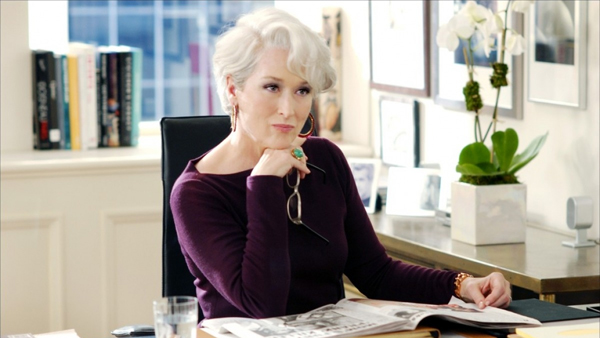 While there may be some romantic relationships in an arena story, the romantic pursuit has either already occurred (as with the married or romantically involved heroes of The Hurt Locker, The Queen and The Devil Wears Prada), or it comprises only a small part of the entire story (as in Under the Tuscan Sun). It is never an outer motivation that carries us through the entire film.

Arena stories, by definition, are very episodic. One desire or obstacle or crisis follows another. And while these episodes can be dramatic or funny or exciting, none propels us to a highly anticipated climax. Because of this, the emotional involvement of the reader and the audience is much more difficult to sustain. And while the examples I just gave were all commercial successes, only The Devil Wears Prada could be considered a blockbuster.

As you consider the concept for your next screenplay, notice that finding successful examples of arena movies is far more difficult that finding blockbusters with clear, visible outer motivations for their heroes. Because Hollywood overwhelmingly favors stories where the finish line is vivid, compelling and worth rooting for.

MICHAEL HAUGE is a script consultant, story expert, best-selling author and lecturer who works with writers, filmmakers and business leaders around the world. According to Will Smith, “No one is better than ...etc.”  For information on Michael’s coaching and consulting services, as well as an abundance of free articles and videos, please visit www.StoryMastery.com.        Get a free copy of Michael’s 6-Stage Plot Structure Chart at https://storymastery.com/chart