Dedicated Talent Manager Markus Linecker On Working With His Screenwriter

“A Negotiated Exchange Of Ideas.” Dedicated Talent Manager Markus Linecker On Working With His Screenwriter Clients:

Boasting an impressive array of clients, Markus Linecker, Head Of Film & TV Development at Dedicated Talent Management, met with Creative Screenwriting Magazine to discuss how screenwriters can best attract and work with their representation in this ever-changing industry.

A screenwriter in demand obviously has to have a story with unique elements.  It doesn’t mean that the whole script has never done before, but that it should have its own life; express itself uniquely.

How do you decide who to read/sign as a client?

It is a symbiotic relationship; there is give and take, a negotiated exchange of ideas. The money is a side-effect of a situation where I can guide the client to his or her best screenwriting potential and capacity.

What proportion of your screenwriter clients has original scripts?

It really depends on the writing client’s interests, but our company almost exclusively represents writers who write original scripts to sell or set up. We also represent a few prolific producers and directors, which provides us with an in-house opportunity to get original scripts set up from start to finish. 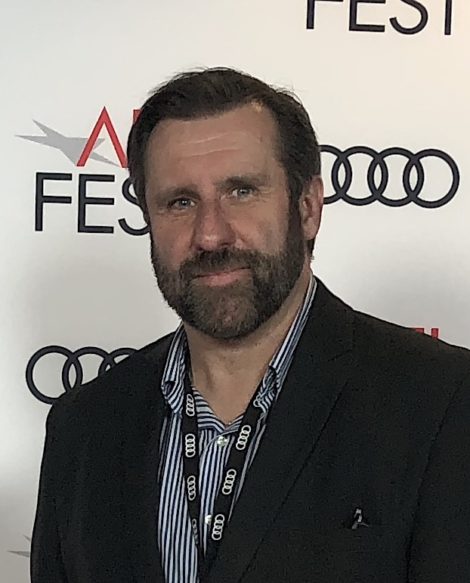 What attracts you to a project?

Projects which have distinctive elements attract me – it can be the writing or just an idea that sparks my interest. I am not set on a specific genre. However, it has to have a certain amount of marketability. Sometimes it is just not the right time for a specific genre despite the quality of the work.

I don’t really have a specific taste for genres, but if I fall in love with the characters, I cannot stop watching the show. For example, right now I am watching Ballers on HBO, The Big Bang Theory on CBS, and the new Magnum P.I. TV show. My taste in film is a little bit different. I like blockbuster films, but most of the time I prefer an indie drama, thriller, or action story.

Today, more than ever in the history of the entertainment industry, there is an infinite number of distribution channels seeking new and fresh content. Screenwriters truly have unlimited opportunities to showcase their work and potentially earn a living. There are countless success stories about writers who earned their big break from festivals, screenwriting competitions, and even from producing their own content on platforms like YouTube. Our team lives by the belief that if a talent is hungry enough to achieve success, they will create their success. It also goes without saying that finding knowledgeable, respectable representation certainly helps. At Dedicated Talent Management, we pride ourselves on being “professional best friends” of our clients which goes a long way toward helping them achieve success.

Many screenwriters think they have the Holy Grail of scripts, and cannot face requests to rewrite elements of their screenplay or even an entire rewrite. I have found that when a writer is actively working with the producer to make the script better following the director and producer’s notes, there is a bigger chance that the script will actually end up being produced.

Film festivals are a great way to meet screenwriters. I have also met some quality contacts through various venues like AFM (American Film Market). Referrals are a constant source of potential clients. We also receive hundreds of inquiries each month via email from writers all over the world. As for “what works best”, if it’s an inquiry via email (the most common method of soliciting representation), put everything you wish to say in the body of your email (do not include attachments), and just be honest about your screenwriting background, achievements, and current aspirations. Nobody on our side of the table cares whether you believe you’re the next big thing. Let your writing speak for itself. The market will ultimately decide.

If the script does not catch my attention in the first 15 pages, I stop reading it. This might be the result of bad dialogue, repetition, or derivative work. Especially in the horror genre. For example, I just got an almost carbon copy of Halloween on my desk. At first, I thought it was a spoof or a fluke, but I spoke with the writer and he seriously thought he had produced something special. It took me all of 6 pages to realize this. Screenwriters must be aware of what films have been produced in their genre.

If a screenwriter is always working on developing him/herself, boldly intending to move up to the next level, s/he is able to stay relevant. Always be humble about yourself and your work. Be open to improvement because your screenplay is only finished after it’s produced.

Any success stories of a struggling screenwriter breaking in you want to share?

We have a multi-hyphenate client (actress/writer/producer) who commits herself to obtaining 100 rejections from screenplay festivals and competitions with every new script she completes. Through the process of collecting 100 rejections, her scripts have gone on to get produced and distributed, in addition to placing highly in competitions. She has even won a couple of grand prizes at festivals and competitions. Throughout the process, she has met major players in film and television, found herself with supportive and collaborative mentors, and she is regularly taking meetings with major development execs at production companies and networks alike.

The film industry is a tough business, but if you have the drive to make it, be patient and work hard, there is a big chance that you will be successful. It took me many years to break into the industry; I never gave up. I made a lot of contacts, worked for a time for free, and helped wherever I could. Today I have many contacts in the industry, have produced numerous award-winning films, and work with people I truly respect and admire.

Also, be true to yet humble about yourself. When you have success, help others and create a team – a family – around you and do it together. There is nothing better than sharing your success with your friends. Lastly, find the right manager whom you can trust and work with. S/he should be one of your best friends, where you are committed to each other, even if it takes longer for you to get something going, or is after you have the success. And never stop writing!