We interviewed Diane about the essentials of a first act, getting to know what your story is really about, and whether or not Hollywood will ever return to the golden age of spec scripts.

You have an unusual background, in which you started out as a script reader and film exec before turning to write. What made you want to switch?

In all honesty, initially it wasn’t entirely by choice. I was actually driven out of my dream job by a woman who, even by Hollywood standards, was so cunningly manipulative she could’ve given Machiavelli pointers. 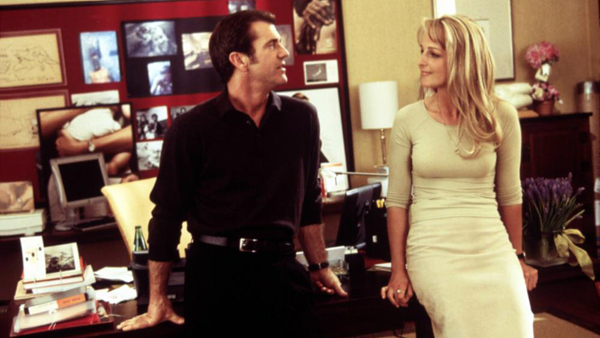 But although she set out to destroy me, the truth is she wound up unintentionally doing me a great favor, because she drove me to become a writer. At the time I was devastated and unemployed, but I clung to the fact that the one thing no one could take from me was what I had learned. So I kept writing.

I got an agent off the first script I wrote, which I did at night, in three months, while I was still working for the company. That script was called Dog Meets Cat and with it, my agent got me one meeting: I landed the job and got a small option to write a treatment—a story outline—for an animation company called Hanna-Barbera.

That little assignment then got me into the Writers Guild of America and provided me with a year’s worth of health insurance. And a little over a year later, I sold the second screenplay I ever wrote for $1 million up front. It became the film Only You. I like to say I am the poster child for loving your enemies because they can be instruments of your destiny.

In what ways did your background as a story consultant and as a film executive help make you a better screenwriter?

It gave me exposure — exposure to hundreds, if not thousands of screenplays, and, in the case of working as a VP for director Sydney Pollack, exposure to one of the brightest minds in the movie business. Watching him dissect a story and analyze what was working, what wasn’t, and why, was invaluable experience.

What prompted you to write your book, Get Your Story Straight: A Step-by-Step Guide to Screenwriting by a Million-Dollar Screenwriter?

I’d been teaching and doing script consulting for some time, and realized that I’d almost invariably find myself giving clients the same mini-class in structure, building characters, etc. I decided it was time to take all my best knowledge and experience put it all in one place.

What is your first piece of advice for screenwriters who are struggling to write their stories?

Dedicate yourself to educating yourself as to what goes into the process of creating a satisfying story. I see a lot of people who think that because they’ve seen a lot of movies, they can write one. That’s like thinking because you’ve ridden in a lot of planes, you can fly one. You have to really study the form.

Also, read as many scripts as possible and break them down, analyze them.

Beyond that, give yourself permission to be “bad.” No creative enterprise ever emerges from the ether fully formed. It’s always a process, and you have to allow for the fact that, as Hemingway so eloquently put it, “You’ve got to work it over. The first draft of anything is shit.” But then you must do the work, you have to keep hammering away at it.

What does every Act One need to have?

I am reluctant to use the word “every,” as there are, obviously, exceptions to every rule. But generally speaking, there are at least three things you want to do in Act One.

First, you want to identify your protagonist.

Second, you want to create some sort of change in their status quo — what we call the Inciting Incident. That’s the curveball that upends their life as they knew it, and somehow forces them into action.

And third, you want establish specifically what is it they want, and have them take some sort of action, ideally at the end of Act One, in an effort to achieve that goal and thus resolve whatever problem has been created in their life as a result of the Inciting Incident.

This is classic movie structure. Certainly not every film, or even every good film, adheres to it — Boyhood and Moonlight are two recent exceptions that come to mind. But if you’re looking to play the odds, and are not also a director with an extraordinary flair for dialogue, visuals, etc. which might compensate for a lack of conventional narrative momentum, then I strongly recommend respecting it.

Most writers struggle with the second act in their script. What advice can you give them?

One good way to approach it is to dream up all that can possibly go wrong for your hero, then brainstorm some inventive ways for them to deal with and overcome these obstacles. Ideally ways that will ultimately enable them to somehow grow as a human being.

Also, the first half of Act Two is usually the point at which the movie turns in something of a new direction and really starts to kick into high gear. You’ve come to what is often the main reason you wanted to write a particular story in the first place and the main thing the audience has paid to see. 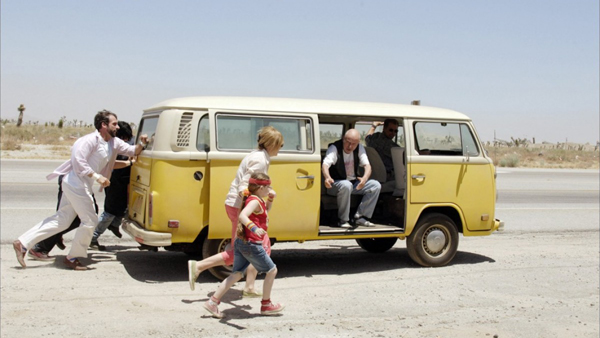 As few examples of first portions of Act Two: in Tootsie, it’s where Dustin Hoffman first puts on the dress. In Toy Story it’s where the Woody and Buzz first find themselves lost out in the big, bad world alone. In The 40-Year-Old Virgin, it’s where Andy first leaves his comfort zone, ventures into the dating world and begins to interact with women.

Or in Argo, it’s where Tony Mendez heads to Hollywood to put his phony movie/ escape plan into action. In Iron Man, it’s where Tony Stark becomes Iron Man, first flies in the prototype suit, then returns home and announces he wants out of the weapons trade and sets about building an even more elaborate version. And in Little Miss Sunshine, it’s where the whole family piles into the van and hits the road together for the beauty pageant.

Essentially it’s where you, as the writer, get to have some fun and play a little bit with what you’ve set up in Act One, before the going gets even tougher and then you have to wrap things up in Act Three.

What is the biggest takeaway you want reader/writers to get from your book?

As I mentioned above, it’s all a process. And in that process, if you’re sincere about it— whether or not you ever sell a screenplay— you’re growing, you’re learning and creatively progressing. You’ll have good and bad days, inevitably, but overall you have to enjoy the process or what’s the point?

As a script consultant, what mistakes do you see on a regular basis that you wish screenwriters would just stop making?

I think many people— myself included sometimes— start off with a notion that intrigues them, then get lost somewhere along the way, and don’t seem to really know what they want their story to truly be about.

That’s why I called my book Get Your Story Straight. It’s far too easy to get lost in a sea of possibilities and details, and lose sight of your true narrative track. I would say the most work I do with clients is in trying to help them find the heart of the story they want to tell, and figuring out a satisfying structure for that.

What’s your biggest piece of advice for the screenwriter who has written their dream spec script?

And at the risk of sounding self-serving, before you do that, get it to a genuine professional who can look it over and give you honest, constructive feedback to help you make it the best it can possibly be before you send it out into the world.

Don’t draw the line at “good enough.” There’s so much competition out there, strive to do everything in your power to make your work truly stand out.

Finally, you were paid $1million for your spec script Only You during the heyday of spec script sales. Do you think the industry will ever return to original storytelling?

Oh, I wish — but I think the changes in technology and in the marketplace make that very unlikely, at least for the time being. There seem to be two film businesses now: tentpole, intellectual property/franchise movies, and lower budget indies. The mid-budget ground that was once occupied by original one- off stories that still could attract studio financing and stars seems very narrow.

That said, the wheel is always turning. Five years ago who would’ve thought that Netflix would become one of the biggest players in content-generation? In Hollywood, anything can happen.

Back when original stories, and not comic book superheroes, ruled the cinemas, Diane Drake became one of the few writers – and only one of four female writers – to earn $1 million for her spec script, Only You.

It’s not a stretch, then, to assume Drake knows a thing or two about creating compelling characters and saleable stories.

But Drake wasn’t always a screenwriter. It wasn’t until she lost her job as Vice President of Creative Affairs for director-producer Sydney Pollack that she turned her focus onto writing. One might say it was her “inciting incident.”

In addition to writing, she’s also worked as an instructor and speaker for the Austin Film Festival and UCLA Extension Writer’s Program, among others. She also runs her own consultant business, in which she offers online screenwriting courses and workshops at dianedrake.com.

And in keeping with her commitment to helping writers strengthen their craft, she’s also published a book, Get Your Story Straight: A Step-By-Step Guide To Screenwriting By a Million Dollar Screenwriter.