“There are definitely elevated emotional stakes in season 3 of Servant,” said writer/director Ishana Night Shyamalan (daughter of M. Night Shyamalan). Baby Jericho and their nanny Leanne Grayson (Tiger Nell Free) have returned to the Turner household, but not is as well as might be. Both are still affected by the cult called Servant.

Dorothy (Lauren Ambrose) and Sean (Toby Kebbell) Turner are experiencing fissures in the marriage again, and “servant” Leanne Grayson may or may not be a malevolent force. She may be done with the cult, but it is certainly not done with her. “Leanne and the Turners try to co-exist as a happy family as they pretend the mysterious events surrounding Jericho haven’t happened.” Both Leanne and Jericho went missing, presumed kidnapped. Dorothy went on a wild rampage to bring them back, much to the dismay of the cult.

Season 3 begins three months after Jericho and Leanne have returned, so the emotional wounds of their ordeal may not have fully healed yet. 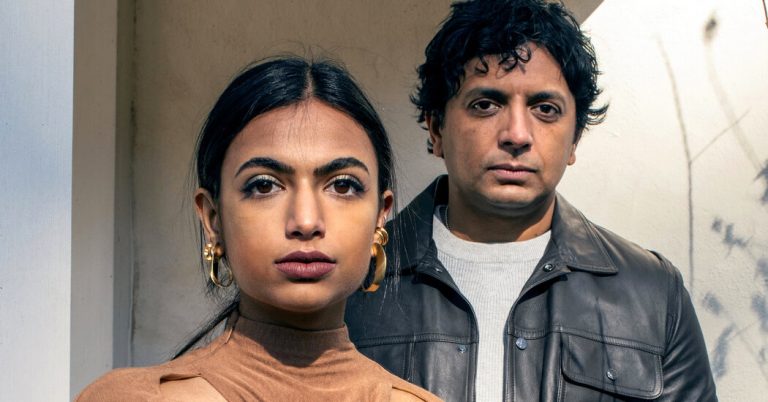 The aspect of desire to return to normality underscores the denial of Leanne’s actions. “Servant highlights our desire to avoid discussing things that are darker in our lives,” Ishana continued. “This is counteracted by an attempt to create a new, more homely reality as Dorothy, Sean, and Leanne form a weird version of love for each other.” Leanne is also maturing from a teenage nanny into a woman with more complex emotions and awakened sense of personal power and agency.

Baby Jericho is still the counterpoint of Servant, a gift for a couple who couldn’t otherwise conceive. He’s perceived differently by Dorothy, Sean, and Leanne which aggravates the tension between them. “Jericho is the center of innocence and the core of everything dark happening at the Turner house [a place of a vicious murder years ago].” These “Rashomon-esque” multiple points of view elevate the inter-personal relationships in Servant.

The main thematic spine of Servant is the exploration of family and parenthood. The show also explores issues surrounding the trauma of loss. “The central theme is what happens when you refuse to cope with your trauma? The show pushes off a warning. Everything else stems from this,” said Ishana.  Sean also explores issues of faith.

- Tonally, we’re trying to depict experiencing a loss in Servant

Servant has a menacing, ambling, moody tone. It leans more into the thriller genre since so many scenes are filled with the anticipation of dread of being attacked by members of the cult rather than the scares typically associated with horror. “It’s a mystery-heavy thriller because so many elements are kept cards down,” Ishana continued. “You’re teased just enough to know that the characters are keeping things away from you.” There is a delicate balance keeping the audience at bay and keeping them invested in the mystery of who are Leanna and the cult she escaped from.

Servant is almost entirely set in the Turner mansion giving it a contained, suffocating style depicting a gradual loss of control by external factors. Even the flashbacks occur in the house. 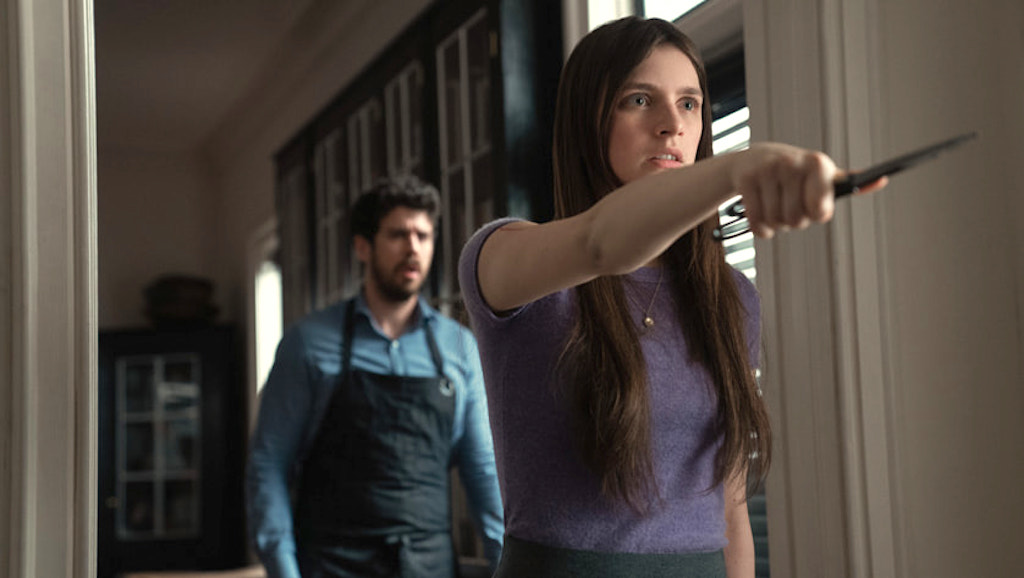 There is also an ironic and humorous through line running alongside the tragic elements. “This is truer to the human experience where you’re dealing with moments of light in the darkness.”

Julian Pearce (Rupert Grint), Dorothy’s reckless brother is a curious character of the show. He has exchanged drug and alcohol addiction for fixation on Leanne. This exacerbates the sibling-couple rivalry as he tries to uncover the truth behind Leanne. He might inadvertently give away her and Jericho’s location to the cult. “This triangular character dynamic between Dorothy, Justin, and Sean swirls around the entire season.”

Leanne begins season 3 in “a pure place of paranoia. She believes the cult is returning to punish her for what she did at the end of season 2.” Leanne has become a virtual prisoner of her own making in the Turner house as she faces the ever-present fear of which member of the cult will find and attack her. Dorothy needs to assess her feelings after torturing Leanne to get Baby Jericho back.

Leanne isn’t aware of the details of Servant’s return, but both Dorothy and the audience are aware they are approaching. Season 3 also unveils certain elements of the cult.

Inside The Servant Writers’ Room

There were six writers in the TV writers’ room for this season. “We constantly referenced other thrillers like Joachim Trier’s Thelma as well as influences of other contemporary cultural references.”

The first episode of each season is arguably the most important. Season 3 of Servant is no different. It helps the audience to determine whether they’ll invest in the show. “The tone of this episode (directed by M. Night Shyamalan) kicks you off into what the entire season looks like. It feels scary and elevated in genre. It’s also dependent on Leanne’s emotions.” Leanne moves away from victimhood and tries to overcome her paranoia. “It shows her agitated mental state.”

Ishana Night Shyamalan will always be associated with her father in terms of filmmaking. Comparisons and expectations will be made of her writing and directing style. “Dad imbued me with an appreciation of art from a young age. He said that all films emanate from character first. Every decision made by the writer should explore which human emotions are at play in each character.”

The writer/director is reticent to fully categorize her writing voice so early in her career. “I’m still discovering that. I wonder if I’ll ever know for sure. I like to be playful and weird, so I insert elements of quirk and surrealism into the characters I write. My creative voice will continue to evolve forever.”

The most important writing advice Ishana Night Shyamalan offers screenwriters is “to be honest with yourself. Never write to be like someone else. Write to be yourself. Discovering your emotional truth should be at the heart of every script you write.“