“Entering the Upside Down” The Duffer Brothers Discuss the New Season of ‘Stranger Things’ (Part 1):

This entry is part 1 of 2 in the series Stranger Things.

It’s almost time to return to Hawkins, Indiana, where our favorite Dungeons & Dragons players reside. Except this time, some of the crew is in California, trying to start life anew. New clothes. New friends. New nemeses. The first season of Stranger Things premiered on Netflix on July 15, 2016, and was a smash hit. It’s been a cultural phenomenon ever since. Over three seasons, the Duffer Brothers Matt and Ross have immersed us in the 80s throwback world of Stranger Things and what a wild ride it’s been.

The Emmy-winning TV show has given us a realm that is an amalgam of government experiments gone wrong and hideous monsters from an alternate universe run amok. Mike, Dustin, Lucas, Will, Max, and Eleven are our young protagonists who are determined to survive Hawkins’ dark underbelly. Their friendship and the growing pains they experience of going from childhood to young adulthood are the show’s heartbeat. The series is a billet-doux to 80s horror and is certifiably a part of the modern zeitgeist.

Millie Bobby Brown, Finn Wolfhard, Gaten Matarazzo, Caleb McLaughlin, Noah Schnapp, Sadie Sink, Winona Ryder, and David Harbour return to our screens on for Season 4. There won’t be any spoilers in this article, but it’s safe to say that this season is more intense than the previous ones. Expect the unexpected!

I recently had a chance to speak with the Duffer Brothers about how they came up with the idea for Stranger Things, what we can look forward to in this new season, the challenges of writing characters that grow up, and how they learned to write screenplays.

How did you initially come up with the concept for Stranger Things?

Ross: The true origin story of Stranger Things is that when it first came to us, we had seen a movie called Prisoners, the Denis Villeneuve movie with Jake Gyllenhaal and Hugh Jackman. We loved the tone and feel of it and the characters. We started talking about it and said we’d love to sit for seven or eight hours with those characters. A long-form version of that movie would have been interesting. That got us talking about doing a kidnapping story that stretches over a longer amount of time. We’re also still children at heart so we love monsters. We had an old idea that involved a laboratory and a monster and was set in the 80s. The morning after we saw Prisoners, we thought ‘what if it’s a supernatural kidnapping?’ And that really is the spark that led to Stranger Things.

What were some of the challenges you faced with this season that you didn’t with the other ones?

Matt: The logistics of it were super challenging. Narratively, it was really challenging. We had more story than ever before which is why this season is almost double the length. Season 3 was a lot of fun to write. It was like we had our sandbox and we were kids playing with our toys in our sandbox. This season, we jokingly call it Stranger Things: Revelations, which is a super cheesy title, but the season is revelatory.

We have this old mythology document that they track all the way to Season 1, that lays out the whole mythology of the Upside Down. The origins of it, what’s in it… We’re at the point where we knew we wanted to end the show, we wanted to end it with Season 5 and we needed to start to provide the audience with some of these answers. Just figuring out a way to do that and make sure those answers landed in a way that was impactful was really challenging, especially when we had stories that were so spread out. We also knew we wanted to explore Eleven’s past. That was an essential part of the narrative. 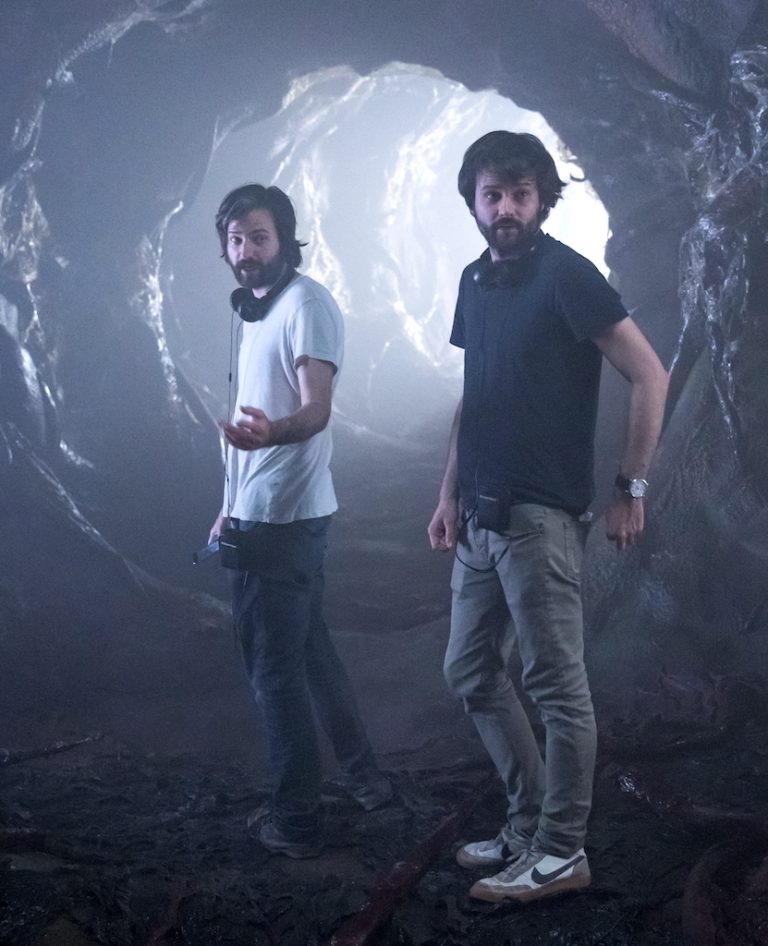 Also, how do we get these flashbacks to work in a way that feels immediate? There were all sorts of challenges. On top of that, there was a global pandemic. We shut down production for six months. That caused all kinds of logistical challenges. Then we had double the amount of visual effects. This is why it’s taken three years basically. The writing of it took probably a year.

Ross: It takes us about a month to write each script.

Matt: We do a full outline for the season, which takes about two weeks. Two weeks to go to script. Then it bleeds a little bit because we get notes. Then it’s a month a script.

Ross: Roughly ten months of writing for a season.

Do you find there are advantages to writing with your brother?

Ross: We’re twins, we’ve been telling stories to each other for as long as we can remember. We see eye to eye on a lot. It makes it easy that we’re generally on the same page. And if we’re not on the same page, we get there very quickly. It helps to have another pair of eyes, another perspective. We can quickly bounce ideas off of each other. But the TV writers’ room is really helpful too. Sometimes Matt and I think so much alike that we can’t see past a problem, we can’t come up with a solution. The reason is, we’re circling the same ideas over and over again and that’s really when the room becomes so helpful to us. Someone will throw out an idea way outside the box that we weren’t thinking about and that sort of jars everything loose. That’s what the room is so great for.