“Everything Will Take Longer Than It Should, But It Will Be Worth It.”

“Everything Will Take Longer Than It Should, But It Will Be Worth It.” Manager Lee Stobby’s Advice To Screenwriters:

Stobby has a simple philosophy on how to become a screenwriter he’d like to sign. It all starts and stops with the writing to be considered as a screenwriter client. Nothing else matters if it’s not on the page. It has to be awesome and they must have fun working together.

In terms of how he prefers his manager/client relationships to look like, Stobby reiterates that they must be amazing screenwriters and be able to execute on the writing opportunities he creates for them.

Stobby adds that having a literary manager isn’t the be all and end all of a writer’s career. Screenwriters should be doing everything to get noticed by industry professionals. No one can help writers more than they can help themselves. Be proactive. Network. Build and sustain relationships. “I’ve been the biggest proponent of my own career and wouldn’t expect anything less from my clients. I’m only as powerful as the ammo I’m given,” he asserts. 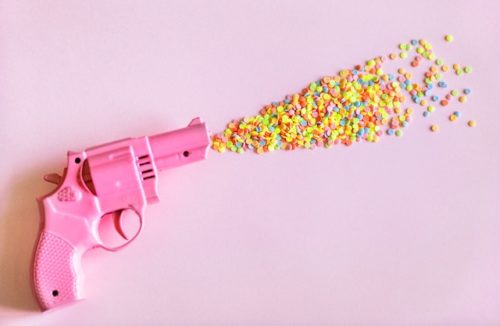 Tastes in screenplays and films can be largely subjective. Similarly, Stobby has his personal views on what attracts him to a screenwriter. Simply put,  “it’s really about the boldness of the idea. Does it excite me and push boundaries and execute beyond its premise?” he said.

When asked about a fast track for screenwriters to break in and sustain a career, Stobby is quick to dispel any myths of shortcuts. Screenwriters must keep writing. “There is no selling anything or anyone quickly. It’s all development, no matter the level. That takes time.” He is in for the long haul with screenwriter clients. Since it takes so long to develop writers and projects to industry level, he prefers to work with writers for the life of their careers.

Not only does Stobby read large numbers of screenplays and produce projects, but he also spends a good deal of time watching film and TV. Something screenwriters should be doing too. When questioned about he’s watching, he replied, “I love anything that succeeds in creating something new, bold while remaining fun, engaging and produced at a very high filmmaking level.” His recent personal favorites include Border, Bojack Horseman, Barry, Eighth Grade, and The Rider, to name a few.

Stobby is excited about the current state of the entertainment industry. “It’s incredible. Has never been more focused on creating great material, had more buyers and been easier to get things made. If you’re incredible, it will work out. If you’re mediocre or below, there are other careers for you.” It seems this is the perfect time for screenwriters to shine. But only if you make the cut.

He also has some views on some of the misconceptions both emerging and established screenwriters have on having a screenwriting career. Many writers try to guess or second-guess the marketplace. Derivate writing is bad advice. Many screenwriters think they can be successful by “writing what they think others want to read versus focusing on what they find most compelling and personal.” An authentic and unique voice will always make a screenwriter stand out.
Stobby has some closing thoughts to inspire screenwriters:

“Everything will take longer than it should, but it will be worth it when it does. The wait will make you appreciate it more. That’s why you have to keep going.”