“Find Your Way Into The Story” Says Robert Reiner 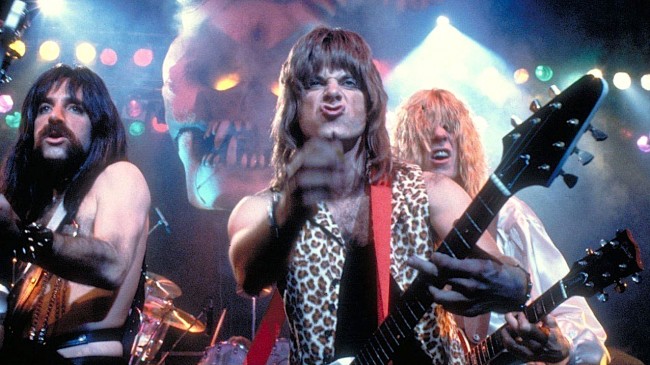 Actor-writer-director-producer-activist Robert Reiner has no problem being a multi-hyphenate. Reiner first came to fame as a two-time Emmy Award-winning actor on the landmark television series All In the Family. He decided he had many more filmmaking mountains to climb and dabbled in all of them.

“If you have some abilities in many areas, you don’t have to be great at anything. I’m not the best writer in the world, but I write. I’m not the best actor in the world, but I act. (The Emmy nomination committee disagreed).” When all these creative elements come together through a unified vision, the sum is greater than the parts. Reiner isn’t worried about spreading himself too thin by focusing on so many areas of filmmaking. They all lead to the same destination.

“You need to have a working knowledge of everybody’s function on the set,” said Reiner. His main objective is to simply become “immersed in the work.” 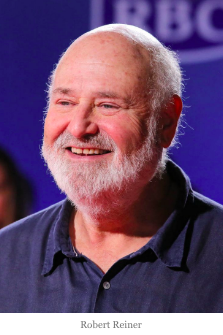 “In terms of making a movie, the most important thing is the screenplay. If you have a good screenplay, you’re eighty percent of the way there. (We place the figure at closer to ninety-eight percent.) If you cast the film properly, you’re ninety percent there. The remaining ten percent of a film’s success is the director, cinematography, and assorted crew.”

What Makes A Good Story?

The stories Reiner likes best are based on his life experiences – direct and indirect. Even with films like Stand By Me, When Harry Met Sally, and Misery, Rob Reiner’s primary goal is to find his way into the story. His first question is how he can relate to the main characters. “I don’t know how to enter a story unless I can connect with the theme or what the main character is going through.”

When asked what attracted him to direct The Princess Bride, he replied that he was obsessed with everything William Goldberg (who wrote the book and the screenplay) had done. The Princess Bride was Reiner’s favorite book. “I love swashbuckling and love stories.”

Goldman was pivotal in developing Reiner’s story sensibilities. “The most important thing is to identify the spine of the story. Make sure every scene that you write attaches to that spine in some way and moves the story forward. If you do something “off the spine” it had better be the best production number ever done because you’re interrupting the flow of the story for a spectacle.”

Reiner flexed his satirical sensibilities in This Is Spinal Tap. This was a ‘mockumentary’ rather than a linear narrative piece. Rob was attracted to the notion of making fun of something that you love like rock music. “It takes balance to do that.” (Shoutout to amplifiers that go up to eleven.) This was Reiner’s first foray into documentary film. “The whole thing was improvised. You shoot mountains of footage and you end up writing the film in the editing room.” The editing process is there to establish the flow and storytelling logic of the film after the filming.

“I stripped the visuals from Spinal Tap and wrote the screenplay based on the dialogue,” he stated. “Once I wrote the ‘screenplay, the visuals where wrapped around that.”

Reiner rewrites scripts on every film he’s ever made, often during production. He quoted the scene in Stand By Me where Gordie starts crying thinking his dead father didn’t love him. His friends placated him, “‘You’re father loved you. He just didn’t understand you.'” 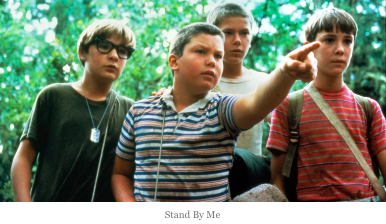 “I wrote that scene in a hotel room in Oregon just before we shot it. I looked deep inside myself to work out why the boy had to see his father’s dead body. I was crying as I wrote the scene because that’s how I felt about my own father at times.”

Misery is about Andy Wilkes, a successful writer trapped in his own success. “That’s the fear that Stephen King has. He has an avid fan base and that is what they expect from him.” He can’t deviate or escape.

A Few Good Men is a story about blindly following orders in the military. “I found my way into that story because Lieutenant Daniel Kaffee had a successful father like me.” Kaffee’s father was a great lawyer and he felt great pressure to follow in his footsteps.

Robert Reiner has decades of life experience to draw from in terms of finding material worthy of a story. He has always been a political activist. He and his wife, Michele helped form The American Foundation for Equal Rights, which filed a federal lawsuit to overturn California’s Prop 8. Their victory at the Supreme Court paved the way for marriage equality nationwide. He has also directed the politically-charged films LBJ, Shock And Awe, Ghosts Of Mississippi, and The American President, to name a few.”Shock and Awe represents one of America’s biggest foreign policy disasters.” He is currently developing political projects surrounding the Supreme Court and John F. Kennedy.

Reiner weaves his love of politics with the current political climate. “I ask why we are where we are now? There is a battle across the world between democracy and autocracy.” Reiner seeks to explore how these issues make good geopolitical stories without hitting people over the head with them. This distinguishes character-based narratives from strictly factual ones.

“I always like to have some humor in my screenplays to break up the darker, more tense moments. You also need to have characters people can hook into and invest in. They’re the ones who are taking you through the story. Otherwise, you’ll end up making a documentary.” He’s careful not to go too far into the political weeds and risk losing his audience.

In order to present opposing sides of a political argument, characters must struggle with their relationships while exploring their different beliefs. “You find a dramatic arc of the political debate through the characters rather than presenting information as a news story.” 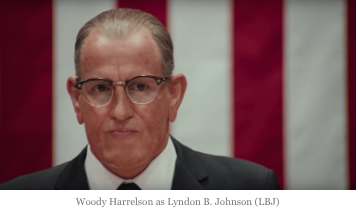 Paradoxically, Robert Reiner isn’t solely attached to political figures or causes he agrees with. “I didn’t like LBJ. He could have drafted me and sent me to my death. But he was a tragic Shakespearean figure. He was a brilliant politician and was incredibly successful at passing legislation. The only thing that made this film interesting was discovering who LBJ was as a person.”

“I discovered his tenuous relationship with his mother and the fear he had of not being loved. This fear paralyzed him. Before he became a successful politician, he was racked by self-doubt. He would have a recurring dream of being stuck in a wheelchair.” These elements of LBJ’s character made the film a rich character study rather than a historical story of how he entered the U.S. into Vietnam. “Discovering LBJ’s human side made the story math work."

Although Reiner largely generates his own content, he does give consideration to emerging screenwriters.

“I can tell in the first five pages whether there’s a real writer there or not in the way they express themselves. Then I look at the dialogue to see if the character is a placeholder to move the story along or whether they are a real human being.” Do the characters drive the story or does the story drive them?

Reiner cites some sound advice for screenwriters breaking through from a former studio executive. “Don’t be tricked by good writing.” By this, he means that flowery, expositional prose masquerading as character won’t make it to the screen. “Look underneath that and look at how the writer is handling the characters. The characters should live the story rather than tell it. “

Expositional writing doesn’t necessarily negate a good story. It just drags it down and slows the read. “The best way to execute a great screenplay is by getting underneath the psychological and emotional underpinnings of the characters.” Once this is done, the characters come to life and guide you through the story.

Screenwriting craft aside, Reiner also looks “for an individuality in new screenwriters.”

Television now is both “inspirational and intimidating because it’s so good. I loved Fleabag, Goliath, Big Little Lies, The Wire, and Breaking Bad.” It’s a Wonderful Life stands out as a classic film for Reiner. The older you get the more you cherish life. He looks for unusual films that breakthrough film conventions in some way. “You can’t see Raging Bull anymore because you can’t get the time or financing to make these films.”

“We’re living in a bifurcated film and TV world. The studios are only making tentpole franchise or animation films and the independent world is making more personal, less overtly commercial movies. Studios don’t want to go near those types of films. I’ve made over 125 movies and not a single one of them would ever get made in a studio. You also get far less time to shoot them.”

There’s a lot of opportunity in television right now according to Reiner, especially for edgier and more character-based films, with smaller, but well-defined audiences.
Orginal Article Published: Creative Screenwriting
«Previous Post Next Post»