Nothing provokes a more knee-jerk “don’t do it” reaction from screenwriters than the decision to include one or more flashbacks in one’s screenplay. We can, of course, understand this compulsion to remain linear, and the gut instinct that to tell the story from beginning to end is the only pure way to make narrative cinema work.

It’s probably – largely – true, especially when one thinks about the criminally overused technique of whiting out to flashbacks in television crime shows. But to condemn a writer for the mere fact of including a flashback is premature, because there are times when a flashback can not only bring things into sharper clarity, but also can illuminate a story in a way that is unique to the nature of visual storytelling.

Indeed, a novel can jump around in its chronology any time it wants through the mind of its characters, and certainly that – and not film’s more immediate baby daddy, the theatre – is what provides the precedent for movie flashbacks. But what a novel cannot do is show us that cerebral continuity in a character – in this sense, when a flashback is well integrated into a film, it is doing something only the medium of cinema can do.

Take a look at this clip from the first act of the Academy Award-winning Best Foreign Film of 2006, Tsotsi. In it, our titular protagonist, a South African thug with a painful past, flees the scene of a violent act and is taken back to a night from his childhood when he also chose to run.

This juxtaposition—the function of a visual editor, a role that doesn’t exist in books or the stage—immediately evokes an emotional response with great visual economy. Plus, it puts a question in the mind of the viewer (always a good thing to have in Act One) that will later be answered. (As a boy, we learn, Tsotsi ran from a horrific childhood incident.)

Fight Club could not exist without flashbacks—it is, essentially, one long flashback, and it even coined its own self-referential term “flashback humor” to comment upon the revelation experienced by its narrator when he learns the truth about who he is. Those who love Fight Club love it because of its conceit. We might amuse ourselves thinking about the industry purist who tossed the script into the trash simply because it broke the unspoken rule of not using flashbacks. A similar fate would befall Forrest Gump. 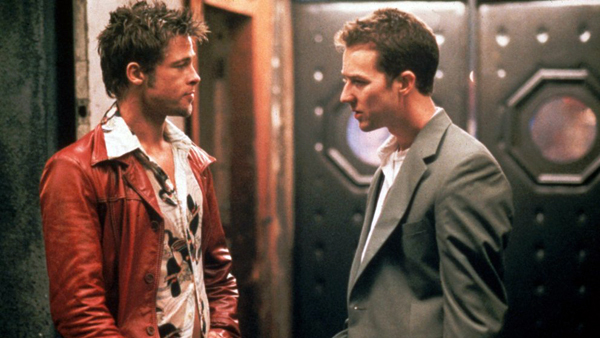 What emerges from any tirade against the use of flashbacks is that they are an accepted and familiar part of cinema’s language, and, as such, can draw audiences in, especially if those audiences haven’t gone to film school and been told that all flashbacks are bad. The truth is, they can be an effective part of a writer’s toolkit when used judiciously. For a nice rundown of the finer points of when it is and isn’t okay to use flashbacks, you can consult David Trottier’s fine Creative Screenwriting article, To Flashback or Not To Flashback.

Indeed, as Trottier points out, perhaps the most famous example used by flashback apologists is the extended scene that explains the shared past of Rick and Ilsa in Casablanca. The script for Casablanca has been voted the Greatest Screenplay of All Time by the Writer’s Guild of America, West – which makes it all the more fun to take a little Devil’s advocate stab at it. What if there was no flashback in Casablanca, detailing Rick and Ilsa’s budding romance in Paris, and her abandoning Rick to reunite with her husband? How else could that information have been conveyed?

Why not a monologue? Another fear-tinged red flag for many readers is the chunk of dialogue that is of more than two sentences in length. Here, as opposed to the novel vs. film argument, the stage vs. film argument is often trotted out. “We’re watching a movie, not a stage play—we don’t want to hear people talking too much.” 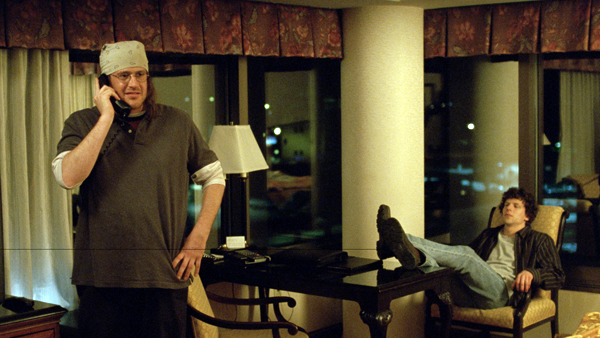 End of the Tour (and, by extension, My Dinner with Andre) aside – films that are clearly designed to be talk-fests – there is another level of emotional power that a film can deliver with a monologue or pivotal dialogue scene that may go the stage one better: in movies, we can use a close-up, or at the very least a medium shot, which can still get us nearer to the character than in a theatre. As such, much like the power of a cut is exclusive to cinema, the power of being right on top of the performer is another boon for the movie medium.

Let’s suppose we stayed with Rick drowning his sorrows, and he told us what happened, going over every drenchingly romantic and sucker-punchingly devastating incident while we watch his heart break on screen? Might be pretty gut-wrenching stuff.

All by way of saying it is perfectly reasonable to advocate for a monologue or an extended dialogue scene to replace the flashback you may want to use. We love intimacy with our screen characters, and when they pour out an aspect of themselves for us to see, it uses the medium of screenwriting and, later, acting, in another perfectly acceptable, and even transcendent way.

Look no further than Terry Malloy (Marlon Brando)’s “I could have been a contender” speech, from On the Waterfront, outlining the night he watched his dreams get crushed by his co-dependency with his brother Charlie. Dialogue can give us the same window into the past that a flashback can, and it is not overstating the fact to say that it might well be the first choice for a writer who is grappling with whether or not to include a flashback. Intimate dialogue holds our interest because of our investment in the person saying it, so it already has a level of instant engagement that a flashback may undermine by pulling us out of the immediate story.

Here, from On the Waterfront, is another dialogue-with-mini-monologues scene that illuminates the distant and recent past, as well as reveals character, without resorting to literally “going back there” in a flashback. Of particular interest here is how Terry’s character so casually mentions the murder of his father—in one second, he has framed how that kind of loss and violence was simply par for the course in his upbringing.

And then, guess what? Sometimes you just have to get some backstory out. But if we’ve been waiting long enough for it, and it’s simple and to the point, dialogue can carry its emotional impact far better than a flashback. Here’s a short monologue from Jack Walsh (Robert De Niro) in Midnight Run.

What happened to you?

I wouldn’t go on the payroll.

I was working undercover.
I was posted to this big heroin dealer in Chicago.
Think he supplied the whole city.
Took me a year just to get his confidence.
Just when I was about to nail the son of a bitch, my fellow officers mysteriously discovered seven pounds of heroin in my house.
So this big-time drug dealer gave me a choice:
Get on the payroll like everybody else, get out of town… or go to jail for 30 years.
Well, I didn’t get on the payroll. And that’s why I do this.
So when I find a criminal like you, I bring him in.
I don’t worry about anybody taking a payoff. There is no anybody, just me.

There are so many options open to us when delving into the past of our storylines. Each has their place, and none should be rejected out of hand.