Following Up on Your Screenplay or Pilot Submissions 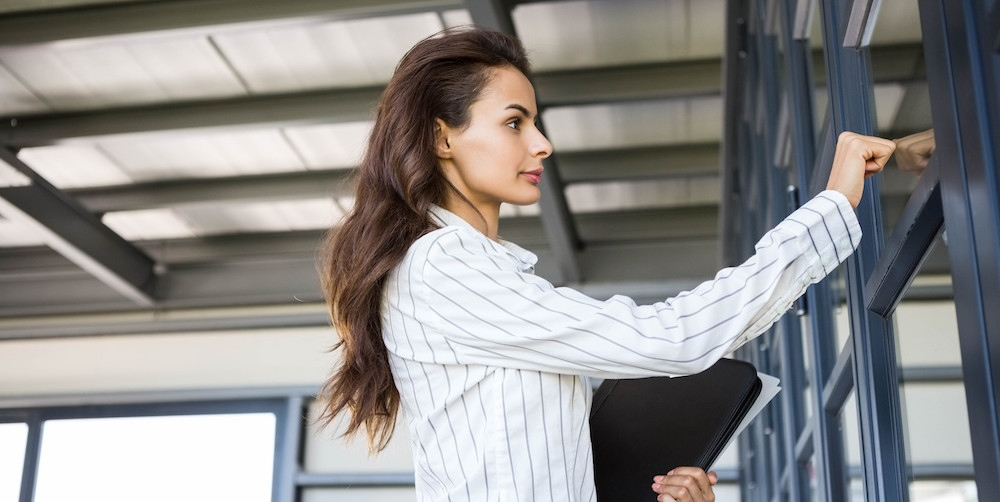 The other day, I was sitting across from a new client who came to me feeling frustrated that he sent out his screenplay to the few managers who asked for it, but not heard anything back. The screenplay had gone out two months before we met, and ever since he sent those initial emails off… nothing but crickets.

“When’s the last time you followed up?”I asked him. The writer looked at me as though I asked when was the last time he tried to purchase a movie studio. And I wasn’t surprised. I’ve seen that look too many times before.

I get it. Writers, in general, don’t like to follow up on their work. They feel intrusive. Worry that they will be perceived as a nuisance. That execs or agents or managers will get annoyed with them. So instead, they hope that the person who has their screenplay or TV pilot will somehow find a way to prioritize it, despite everything they have to read and all of the other things that they have going on.

There is a simple truth about people working in this industry that every writer should remember: The people working in this industry are chronically overburdened and stretched too thin. No one asks for a screenplay or a TV pilot to be nice; for the most part, they do intend to read it when they ask for it. But the reality is that there is always more that goes atop the reading pile. More things to do. So unless an exec, an agent or a manager is soooooo eager to read your screenplay or pilot because the logline was such a standout, because it came by a need-to-impress or highly regarded referral, or because it won a particular high-profile contest, chances are that with every day that passes and they haven’t read your screenplay or TV pilot, it becomes a lower and lower priority in their ever-expanding reading pile, virtual or otherwise.

I am guilty of this myself: I read for my clients. I read for meetings. I read to give broad-strokes verbal notes to those writers I sit down with. If someone asks me to read their screenplay or TV pilot as a favor “some time, whenever you have a couple of free hours…“ there is a high likelihood that screenplay or TV pilot is never getting read. Not because I don’t want to read it. But because there will always be those screenplays or TV pilots that, due to scheduling and my ever-present commitments, become a higher priority.

When I interviewed him for my book BREAKING IN: TALES FROM THE SCREENWRITING TRENCHES, super-manager Jewerl Ross said:

“I am a professional squeaky wheel. You know? And yes, I’ve perfected ways to do it without being an asshole or without being annoying. And that takes creativity. Figuring out how to do a very simple thing—follow up on a fucking script submission—and do it in a way that is not annoying or repetitive or depleting to the other person takes creativity and forethought and an attention to detail… And that’s where, for me, the genius of the job is. Taking something simple that anyone can do, doing it with enough forethought and enthusiasm and intelligence and getting results.”

Of course, it’s great to have an agent or manager doing the follow up for you, but before you have one, it’s you who has to get with the squeaking. After all, not doing it is akin to never checking in with the teacher once your kid starts school. And maybe it is not quite that dramatic but… it always struck me as confusing that writers would put all of that hard work into the writing, then sort of just toss it out there and not check on it. Following up on your work consistently and respectfully communicates that you are hard-working, consistent, and proud of your work.

So how do you do it?

From the date you sent in your screenplay or TV pilot, follow up 3-4 times, every 2-3 weeks.
Your follow-ups should be short and to-the-point:“Just wanted to confirm you received my screenplay… “
“I know you’re super busy, so totally understand if you haven’t had a chance to read yet…”
“Just doing my writerly due diligence…“
“I know it’s been some time since I sent it, so if it’s a bad time I totally get it… “
If you’ve been following up, have not heard back, and it’s been roughly 10 weeks since the script was first sent, assume that the agent, manager or executive has not had time to read, and the material is now so far down the pile, in all likelihood it’s not getting read.
Trust me: if they had had a chance to read your screenplay or pilot, they would have said that much. People in Hollywood are all too happy to let you know when they did the work, even if they read your screenplay or pilot and hated it. Since you asked for their time they will give you their opinion, whatever it may be!
Remember: No one owes you a read, so getting feisty is almost always going to be counterproductive. In my experience, you will get much further by being nice about it.
If the recipient of your screenplay or pilot responds saying that they will let you know once they’ve had a chance to read, cease following up. They will let you know if and when they’ve read.
Put this process in place, and utilize it every time you get a screenplay or TV pilot out there. It doesn’t mean that you will get your material read by everyone who asked for it, but in the very least you will know that you did all that you could to follow up and show up as professionally as you can.
Orginal Article Published: Lee Jessup Blog
«Previous Post Next Post»