“Frankly, my dear, I don’t give a damn.” 7 Tips for Great Dialogue 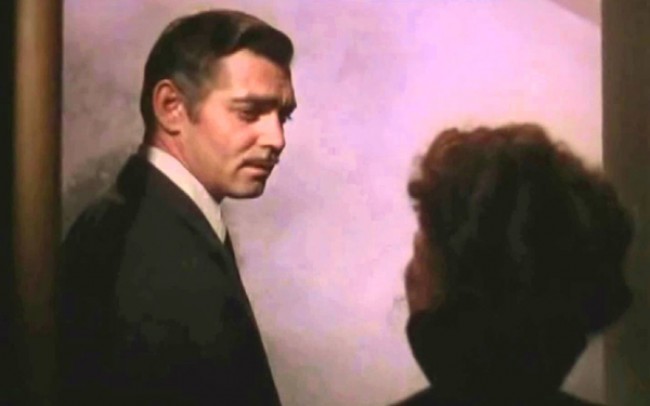 Hollywood has a short attention span. Unlike writers, who may have all day to sit and ponder, plotting out their next script, or revising and revising a screenplay until their fingers are numb, the truth is: the people you need to impress with your script don’t. So in your writing breaks, rather than looking yourself up on Google, why not take 10 minutes to learn the key elements for success when writing dialogue.

I think this is one of my favorite lines in any movie. Any dialogue examples will only make sense to the reader if the reader has watched the film. But for anyone who has seen Leaving Las Vegas, this quick, yet intense exchange of words, holds invaluable subtext.

Ben’s line is on-the-nose, and purposely done. We know he’s lost his wife, son and job. He has sold his belongings, and methodically plans to kill himself in Vegas by use of the bottle, no exceptions. But when Sera says “I do”, does she understand?

The words “I do” are only a quick fix, an answer that clearly masks how she feels, but can momentarily end this conversation. Sera is not concerned about his drinking habits. His purpose in her life, at least for time being, serves as a selfish distraction from her prostitution life. And finally, after many years of sorrow, she’s found someone who is “worse off” than she is. So what is Sera “really” saying? She’s saying “No, I do not understand. But who cares, as long as you stay.”

Subtext in dialogue is the only truth in a character’s speech. Subtext is the underlying meaning of the character’s “surface” dialogue. But this can only be achieved when the writer understands the real motivation of their characters.

Without subtext, your characters are dull. And you will unfortunately find that the audience does not truly understand your characters, which will later force you to add too much exposition dialogue. 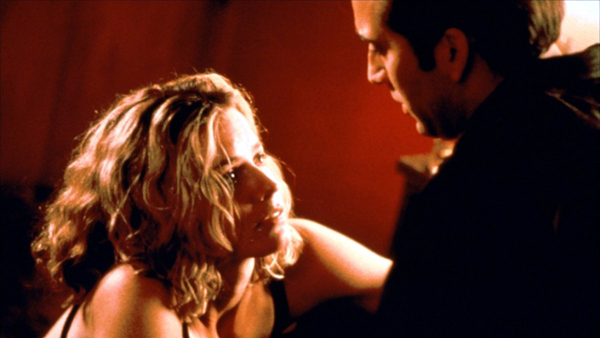 There is nothing I hate more than watching a TV pilot which shows a married couple sitting on the porch and listening to the husband saying, “Honey, you know we’ve been married for 25 years.” Of course she knows! But writers feel the need to add information that is not only organic, but obvious.

How can a writer ensure that the audience knows the couple have been married for 25 years? Simple. In your action and description lines, highlight family photos with kids in their later teen years, or a wedding photo that is well worn and faded with the couple looking dramatically younger.

And instead of having the couple cuddled on the couch hand in hand like a newlywed bride and groom, show them stretched out on the couch, with a bucket of ice cream in between them.

Add subtle action and description rather than obvious dialogue. There is a time for exposition. For the most part, every film has expositional dialogue. But the best films take advantage of this at the beginning by communicating key information that the audience must have in order to fully understand the story.

But remember, it’s always better to show, not tell. 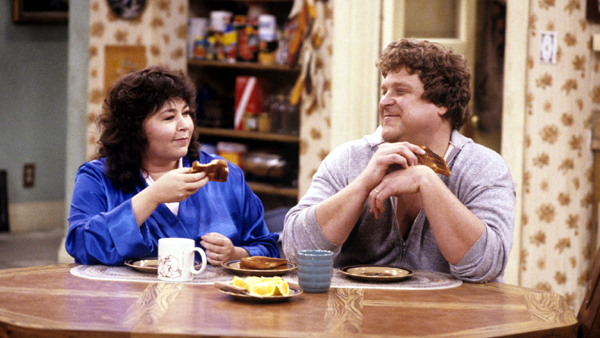 A realistic couple: Roseanne Bar as Roseanne Conner and John Goodman as Dan Conner in Roseanne

It was always so embarrassing in film school when we held casting calls. It’s bad enough we can’t pay the actors for their time and that the film will never be seen by an audience, but the fact we brought these actors in to read a line for a ‘front desk clerk’ at a hotel which says, “Thanks for staying with us, come back again.”

First, you must ask yourself if this scene is even needed, and if it is, does there really need to be dialogue. Can’t the clerk just wave goodbye? Try giving the front desk clerk something interesting to say, something that gives the audience a clear understanding about the hotel’s charm, size, and personality.

You can also use this opportunity to give insight into your protagonist’s personality by having the front desk clerk do something silly or even obnoxious. This will allow the audience to see how your “hero” reacts. But please, don’t waste an actor’s gas money just to read a generic line by a generic character. 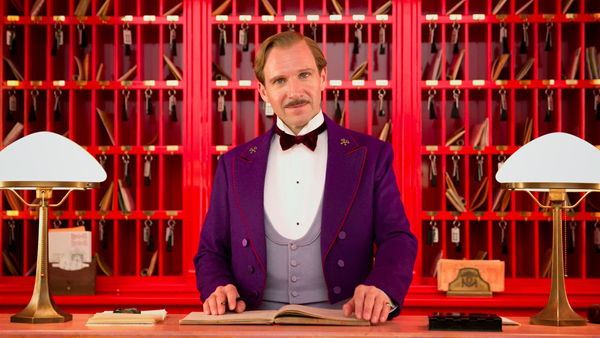 More than just a hotel clerk: Ralph Fiennes as M. Gustave in The Grand Budapest Hotel

It is said that dialogue should be only of maximum of 2-3 lines. Having white space on a script is very important. But while real people don’t typically give long speeches, every great script should have one long and powerful speech. This should not be done at the beginning (unless it pushes the story forward) but at the end.

One of my favorite examples of a great speech is in Scent of a Women. The script is full of fabulous one-liners and memorable quotes, but one of the most stunning parts of the film happens when Colonel Frank Slade delivers his bombshell support for Charlie at the school. The impact of his speech is breathtaking, and the film wouldn’t have worked without it. 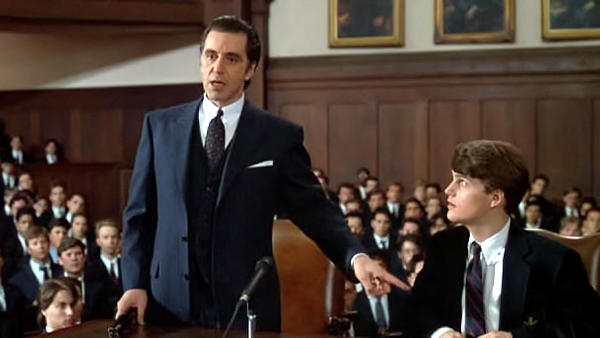 A great speech: Al Pacino as Lieutenant Colonel Frank Slade and Chris O’Donnell as Charlie Simms in Scent of a Woman

Think silent films are dead? What about 2011’s Oscar-winning Best Picture: The Artist?  We go to the movie to see moving images. If we want lengthy dialogue and text we will read a book. (Now I’ll admit, I go to Tarantino’s films to hear his characters speak, but he’s an exception.)

Turn the volume off on your favorite movie. Watch it all the way through. Do you still understand the characters goals? Do you understand the theme and message the director is trying to capture and preach?

If the film was done right ,this can be achieved. It’s not uncommon for writers to write their script with only action and description first, and then later add the dialogue. I do not personally use this method, but many writers find it’s more important to tell the story visually before they tell the story verbally. Think about it. 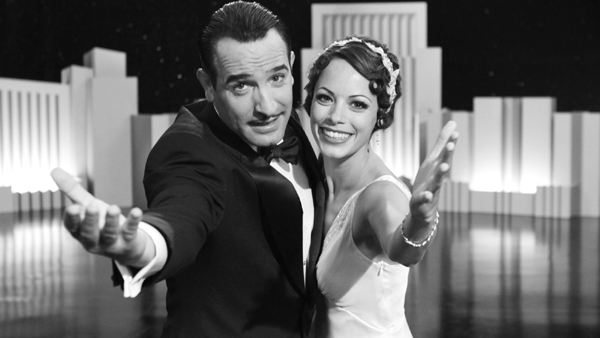 Over 75% of scripts that are never produced can be credited to the lack of voice for each character. It’s 120 pages of a writer speaking in the same tone and voice, giving us a boring sermon. Screenplays that work owe much of their success to real voices which come from real characters.

Try this: Black out the character’s name in your entire script. Then go back in and re-read the screenplay. Can you differentiate between characters? Do you know who is speaking and who they are speaking to? If not, you are setting yourself up for failure.

When I was a screenplay reader, covering multiple scripts in a day, I wanted to scroll through these scripts as fast as I could. The ones which were most impressive and enjoyable were the ones I didn’t need to check and see who was speaking, I just knew. 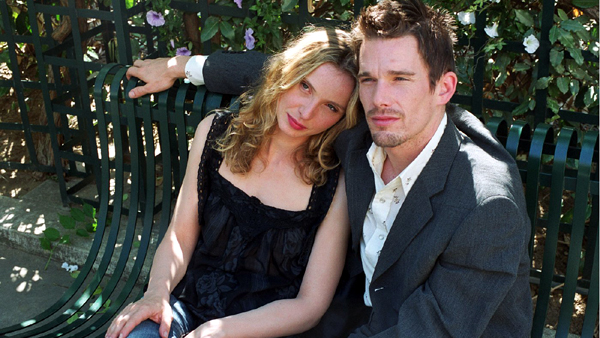 Natural Dialogue: Julie Delpy as Celine and Ethan Hawke as Jesse in Before Sunset

I love voice-overs and will continue to use them when needed. But when do voice-overs destroy a screenplay? There are many explanations on why and how this happens. But when a writer, for whatever reason, can’t fix character development or plot holes, they tend to revert to voice-overs which is a cop-out.

So, before writing a voice-over you need to ask yourself, “Can my voice-overs be removed yet the story will still makes sense?” If yes, consider taking them out. Think of a director who watches his film and comments on it to an audience while they watch it. The director is adding insight, added bonuses, and layers to the story — something the naked eye may not see.

Could “Shawshank Redemption” work without Morgan Freeman’s voice-overs? Yes, it could. But what the voice-overs provided was flair, personality, and a sense of continuity. The film’s success was achieved by clever writing and by allowing the characters actions to dictate the story first. The voice-overs were just the icing on the cake. 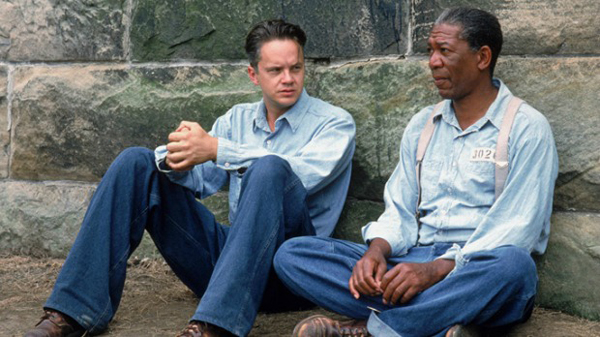 Screenplays are bought on concept, not dialogue. So every writer should first focus on the overall concept of the script. When a writer has a compelling story to tell, the script is already half-way to selling.

But dialogue should not be overlooked. It can add a great break when a script has a lot of action. Dialogue sticks with us, quoted by people for years and years. It can make us cry and laugh at the same time.

Just remember, if you create a story worth telling, characters that are memorable, and an ending that will blow an audiences socks off, adding in the dialogue will come naturally, a total breeze.