"Great films do not get by on the visceral alone." Michael Welles Schock concludes his two-part article on Visceral Storytelling:

In my previous article Gut Reaction: Visceral Storytelling Part I, I established the cinematic audience’s three levels of psychological need:

Though storytellers can create audience satisfaction by appealing to any one of these needs, the most exciting of stories rely heavily on the visceral. This is because the visceral appeals to our most primitive instincts of need and survival by creating situations which trigger these instincts, the storyteller can rouse the most highly-charged of mental states from the audience, such as anxiety, excitement, passion, or terror. 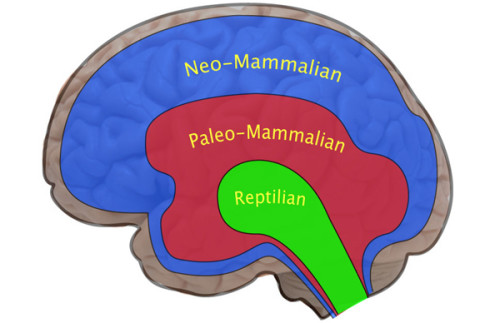 Yet great films do not get by on the visceral alone. A truly satisfying narrative will fulfill all three levels of audience need. However, the best do not meet these needs separately or one at a time. They instead engage the audience on a higher level by taking advantages of a certain phenomenon within the workings of the human mind. My previous article referred the “triune brain” theory as developed by neuroscientist Paul D. MacLean. This theory states that the human brain evolved in three layers, one that houses instinct (Reptilian), one that governs emotions (Paleo-Mammalian), and one that manages cognitive intellect (Neo-Mammalian). Since these layers are separate and function with relative independence, the mind often creates impulses that conflict. This creates psychological tension – and as any storyteller should know, psychological tension is what a good cinematic experience is all about. Great storytellers intensify the viewing experience by intentionally contriving scenarios to create conflicts within the viewer’s mind, between their various intellectual, emotional, and visceral impulses.

To illustrate, we start with a film that puts the visceral scares of the horror genre into conflict with the intellectual appeal of the mystery. 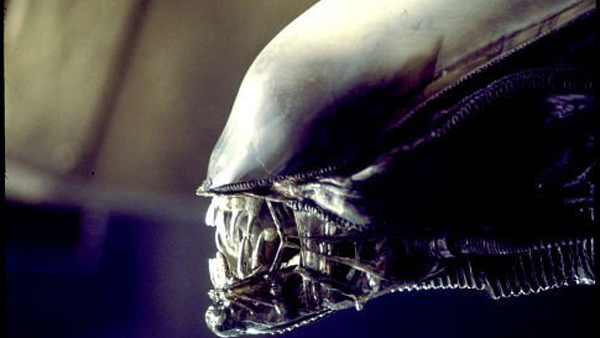 In many ways, Alien is much like a slasher film. However, the film’s discourse manages to be far superior than most films of that label by placing the audience’s visceral fears at constant odds with their intellectual desires. Alien makes heavy use of the element of mystery – the intentional withholding of key information. Mystery triggers the intellectual sensation of curiosity – the impulse to learn more so the situation will make sense. When fear meets curiosity, psychological impulses conflict. Visceral instincts tell us to look away, while intellectual desire compels us keep watching. Though, for example, or instinctual fear tells us Alien’s crew should not to investigate the dark, forbidding planet at the end of the first act, that Kane should turn back when he finds the chamber filled with alien eggs, that he should run like a frightened animal when one of the eggs open, both Kane and the audience choose to push onward despite the obvious danger. Why? Because intellectual curiosity compels them to do so. The visceral says to pull back, while the intellectual demands that we step even closer to what we fear.

When watching such a sequence, we often feels as if our minds have “locked up” like jammed machinery. This is because a DILEMMA has formed between two or more of our psychological impulses. The intellectual desires are running into head-on opposition with the visceral, stopping them both in their tracks, keeping our minds frozen and our eyes locked on the screen until something occurs to resolve the conflict (such as when Alien reveals the creature leaping from the egg, momentarily ending the mystery to let the fear take over). When resolved, the tension is released, resulting in an experience of psychological pleasure. 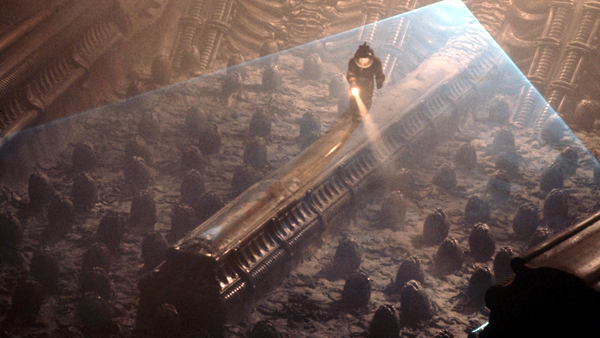 So far, we have only discussed how psychological conflicts can exist on the audience plane. The story experience, however, is carried out on multiple simultaneous narrative planes. and can be further enriched by the use of conflicts between the intellectual, emotional, and visceral in these arenas as well.

The audience plane: The feelings and thought processes experienced internally by the audience while viewing the action.

The story-situation plane: The literal or figurative psychological conflicts at play within the story’s premise or plot.

The character plane: When individual characters are given their own psychological conflicts to which the audience can observe and relate.

In Alien, the conflict between the intellectual and the visceral is not only experienced internally by the audience. This conflict also exists at the heart of the film’s dramatic premise. Alien pits an ensemble of seemingly-rational human beings against the most viscerally instinctual creature imaginable. Human “intellect” clashes with the raw forces of nature. This conflict continues on the character plane. Characters must continually choose whether to put their faith in their supposedly superior ability to think and reason or their visceral instincts for survival. Characters die one by one due to ignoring these instincts. Ellen Ripley gets out alive only by finally surrendering to her survival impulses at the cost of everything else. In this way, Alien provides a unified viewing experience as every narrative plane is powered by the same psychological conflict.

By deliberate choice, Alien highlights the intellectual vs. visceral by largely subduing the third area of psychological need, the emotional. This gives Alien its cold, cerebral experience. To see how emotional needs operate within this model, let us examine at a more appropriate example. 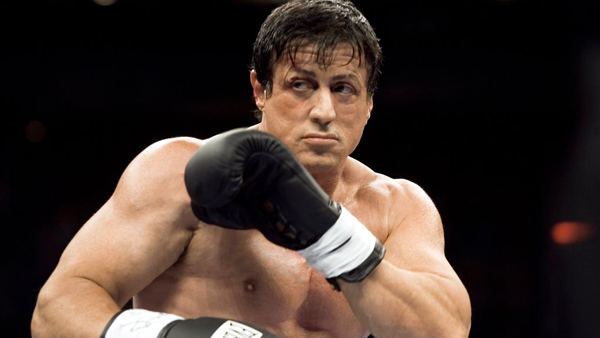 Rocky is the story is a tender-hearted guy with a desperate need for love and respect. Unfortunately, he exists in a dog-eat-dog world where every day is a struggle to get by. Rocky Balboa’s deep emotional need aches to be fulfilled, yet this seems impossible in such a visceral environment. This premise establishes a conflict on the story situation plane between the emotional and the visceral.

This conflict is then felt on the audience plane. Since the audience is led to care about Rocky, they become emotionally invested in his struggle. When a visceral threat is imposed on an emotionally sympathetic character, it elicits the sensation of COMPASSION. Like watching an animal caught in a trap, we pity Rocky and hope he will find the means to escape. When Rocky succeeds in the end, the audience feels a satisfaction that comes not only from the fulfillment of their emotional desires, nor the defeat of visceral fears, but something greater from the combination.

Rocky further enhances this drama by placing the same conflict between emotional and visceral needs within the psychologies of the characters themselves. Observe the “seduction” scene between Rocky and Adrian in Rocky’s apartment near the end of the first act. The scene’s external conflict seems fairly simple. Rocky wants Adrian to sit on the couch with him so romance might begin. Adrian, on the other hand, makes excuses to leave. However, this drama is far more complex since both sides of the conflict are motivated by intense psychological dilemmas fighting within them. 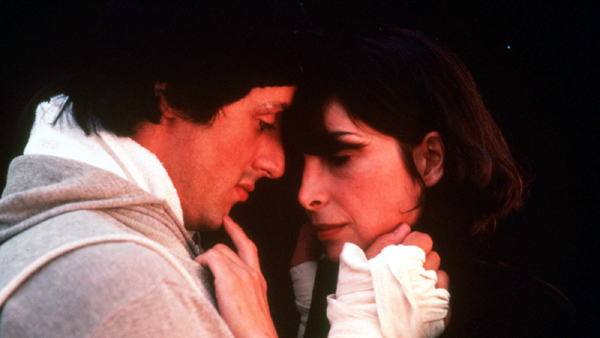 Part of Adrian wants to stay. She is attracted to Rocky and feels the same emotional need for love as he. However, Adrian’s visceral instincts tell her to be afraid and run away. Adrian’s resistance causes Rocky to experience a similar dilemma. Rocky’s interest in Adrian is based in both a healthy sexual desire (a visceral impulse) as well as an emotional need for warmth and companionship. However, if he pursues his visceral need too strongly, he may scare Adrian away and his emotional needs will never be fulfilled. On the other hand, if he holds too far back, it may allow this one opportunity for physical love to slip away. The scene’s external conflict (Will Adrian sit on the couch? Will she not?) is merely the physical manifestation of these two internal dilemmas colliding in search of a resolution. To resolve the scene conflict, these internal conflicts must be resolved first. On the brink of failure, Rocky takes a risk on a bold visceral move. Backed into a corner, Adrian is forced to decide. She chooses her emotional needs over her fear. By these two internal resolutions, the external conflict is resolved and the characters end up in each other’s arms. 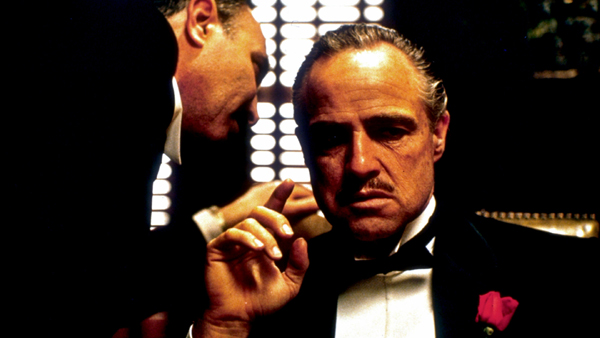 The Godfather: Visceral vs. Intellectual vs. Emotional

Few films rival The Godfather in critical praise,  Assuredly, The Godfather stands leagues beyond the average film in terms of its dramatic discourse. One reason for this is the constant presence of conflict between all three psychological levels, often occurring on the story-situation, character, and audience planes all at the same time.

On the story-situation plane, The Godfather presents a visceral world where death and violence are the norm. However, these acts of violence are rarely personal in nature. They are treated as strategic, rational-minded business moves, binding this world by intellect as well. In addition, it is also a world bound by emotion where family means everything. Characters love and respect each other in ways rarely seen in more traditional gangster films, further complicating the story situation.

These same contradictions extend to the character plane as well, seen most notably in the protagonist Michael Corleone. Michael grew up in the world of organized crime. He knows that murder is sometimes necessary for survival. However, time spent in college and the military have given Michael an intellectually-based set of ethics with which he must wrestle as events unfold. Complicating things further are Michael’s emotional attachments. Michael is in love with Kay. He knows that if he gets too deep into the family business he may lose her. However, Michael’s love for his family runs even deeper. When the family is threatened, Michael feels compelled to take action. Torn between three sets of conflicting impulses, Michael must decide at each turn which urge to follow, which to ignore, and which to compromise.

Taken together, these conflicts lead to story events which affect the viewer on the audience plane. One of the film’s most psychologically intense sequences occurs when Michael visits his father in the hospital at the end of the first act and finds he has walked into a deathtrap. Presented with this scenario, we as viewers have our intellects piqued by curiosity (Where are the guards? What is going to happen?), our guts twisted by visceral fear (Get out quickly! They’re coming to kill you!), and our heartstrings pulled by compassion (We see that Michael loves his father and understand his urge to protect him). This combines into a mass of contradictory psychological impulses. Since we have become emotionally attached to these characters, we experience visceral panic over the potential outcome, and at the same time intellectual curiosity over how the situation will be resolved. As a result, our minds “lock up” as we try to process so many contradictory psychological impulses and remain captivated by the action until those conflicts are resolved. 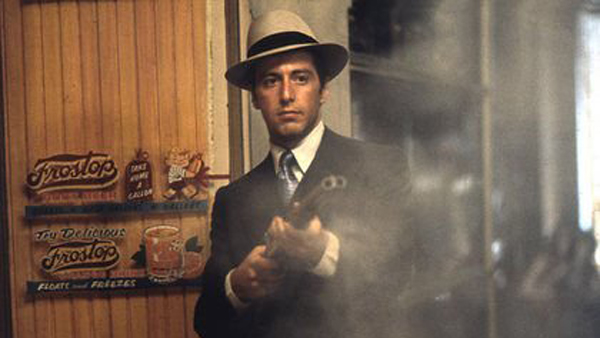 Though instruction on screencraft tends to focus predominantly on physical machinations of plot and character, a writer must recognize that the viewing of a film is a psychological experience. It is important to consider not only what occurs in a story, but how those events engage the audience’s minds; intellectually, emotionally, and viscerally. Great films provide constant conflict, not just on the screen, but within the heads of those watching. It is by recognizing the audience’s psychological needs, triggering them through story action, and then ultimately fulfilling them through dramatic resolution that a storyteller turns a film into the ultimate tool of audience satisfaction. The more the storyteller exploits the working of the human mind, the more pleasure the story will provide.