Everyone loves a good villain who gives the hero a run for their money. A dastardly, evil person who wreaks havoc on the world for the sake of their worldview and mission. Generally speaking, villains reveal themselves and their plans to the hero early in the story. One way to increase the impact of your villain on the story is by hiding their nefarious intentions for as long as possible, usually until the midpoint or the end of the second act.

This creates a mystery in the story as both the main characters and the audience play detective to figure out who is the real villain. It also intensifies the conflict between the hero and the villain because they will inevitably interact as allies or friends at some point in the story until they are unmasked.

Here are some ways to keep your villain under the radar:

A sad backstory of struggle, deprivation, and hardship often hoodwinks the hero and their allies into empathizing with the villain. It needs to be simple, believable, relatable and evoke sympathy to deflect suspicion from them. Nobody could ever suspect the villain of treachery after all they’ve been through.

Backstories can include losing a parent (or both) at a young age, being in an abusive relationship, severe economic or emotional loss, a situational loss such as losing a house during a natural disaster, miscarriage of justice such as being imprisoned for a crime they didn’t commit, and being ostracized or expelled from their communities. There should be the right amount of pitiable history to generate sympathy. Exaggerating a backstory excessively may make the villains incongruous and open to suspicion.

The backstories don’t necessarily need to be lies, but could be an embellishment or extension of the truth. Intricate lies can complicate matters, especially when other characters do some investigating into the villain’s hidden past and reveal questions. A backstory which is mainly or partially true is easier to corroborate or justify than a complete mistruth.

It’s also easier for the villain to address questions or other anomalies in their histories when they arise.

Hidden villains like to blend into the background and don’t like to be noticed. They present an image of an austere, unexciting life. They are not the life of the party and are mistakenly overlooked or dismissed as ineffectual.

A church mouse is unlikely to be a suspect for planning an explosion in a crowded sports venue or city street. 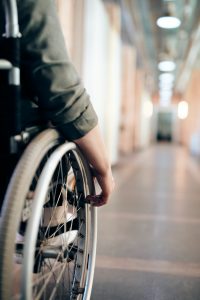 Giving your villain limited physical stature or a disability such as a limp, poor eyesight (blindness), agoraphobia (or another form of anxiety), or getting around in a wheelchair deflects any suspicion of wrongdoing from them. A masterful villain may be skillful enough to fake these conditions to pursue their goals with greater ease.

Such character traits are so effective, that the hero may often come to a villain’s defense if they are suspected of wrongdoing.

A villain can mislead the hero and other characters in the story by being kind, generous, and compassionate. They may exhibit favorable behaviors like calling their mothers every Sunday, helping frail people cross the street, kissing babies, and doing charity work. Such villains may adopt these traits as a masterful disguise or genuinely possess them. Even evil people have small pockets of goodness in them. Few villains, even supervillains, are pure evil. Positive traits makes the sting so much more intense when they are eventually unveiled.

These villains might be extraordinary attractive, intelligent, a gifted athlete, a supermodel, fabulously wealthy, or have an unparalleled level of expertise in an area of public good such as medicine or law. They may have some exalted social or professional status such a leader of a popular organization or a Supreme Court judge.

Seduction is a potent tool because seductive villains portray a veneer of strength, knowledge, honesty, and integrity. Furthermore, it’s more difficult to convince others of the true intentions of seductive characters, even when there is substantial evidence to prove it.

If the villain has established an intimate relationship with the hero, a seduction will often blind them to the villain. Denial is a powerful mind bender. 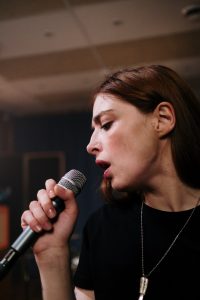 Give these hidden villains a moment of self-doubt or nervousness when they interact with the hero. Perhaps they enter a situation of vulnerability with the hero as they bond in a personal or non-professional setting? They might try skydiving for the first time or enter a karaoke or open mic contest in front of a large, merciless crowd.

Again, these moments might be genuine or contrived to hoodwink the hero.

Act Against Their Own Interests

Villains may have perfected their chameleon act to such an extent that they may act counter to their goals. They may betray or hurt an important colleague, or actively assist the hero in achieving their goal at the expense of their own. They may allow the hero to win a few battles to make them think they have conquered the hero. Such villains see this as the cost of doing business or collateral damage. They have their eyes on the bigger prize.

A hidden villain may create a disaster such as a fire as a smoke screen to cover up their true intentions. They may even stage a fake crime to cover up their own and suggest someone else is involved. Their actions may not necessarily be that dramatic. They may subtly create mistrust against another character using micro-aggressive or subtle remarks to cast aspersions on their character integrity. All this is in service of keeping their actions hidden.