How Do Dual Protagonists Function In Screenwriting?

In the dramatic arts, Thespis of Icaria was the first known person to embody a character from a written play before a crowd, thus introducing the protagonist to the world.

The protagonist is the main character of the story. They are the central driving force of the narrative and undergo the greatest physical, emotional, intellectual, and spiritual transformation. The world of the story is revealed through their perspective, and the audience becomes invested in them as they resolve conflicts and obstacles.

The case for having two protagonists is one of those divisive screenwriting topics that is determined entirely by a writer’s stylistic preferences. Multiple protagonists can convolute the story, but it has been done successfully many times throughout film history.

With shifting perspectives, coherency is key. Your audience can be taken out of the narrative if the focus jumps around too much. When done correctly, the narratives should weave together seamlessly. String together a mystery by leading into the next scene. Make the audience question what comes next, but never allow them to stop because they’re completely lost. It’ll ruin the flow. That said, a fascinating story can be told by alternating between the person who’s the object of the mystery and the person solving it via two points of view which illustrate the mystery.

It’s important to think about how the protagonists intersect and relate in terms of theme. Are they on the same journey or on their own unique paths? Either way, one character’s transformation should coincide with the other’s in some significant way.

Screenwriter Scott Myers makes the case for making a distinction between dual protagonists and co-protagonists.

The clearest example of co-protagonists in film can be found in silent era comedic duos such as Laurel and Hardy. The practice comes from the double act tradition of British music halls. A “straight man” is portrayed in exaggerated seriousness whereas the other is a boisterous “funny man.” 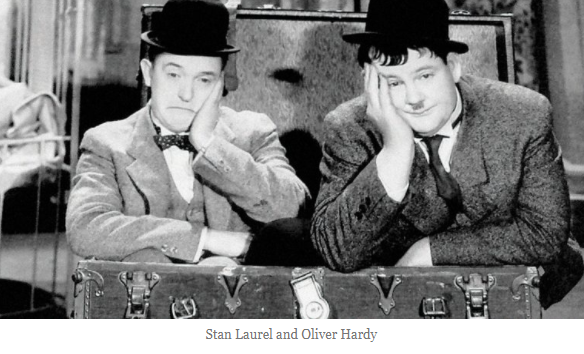 This tradition remains successful in Hollywood, from It Happened One Night to Romancing the Stone to National Lampoon’s Loaded Weapon. The most common genres that explore dual and co-protagonists are romance/rom-coms, buddy/cop, mystery/thriller, and adventure — but that isn’t to say these types of dual storylines are limited to those genres.

The Light Between Oceans written by Derek Cianfrance is a great example of co-protagonists existing in a period drama setting. Tom and Isabel are secluded on an island and tasked with the upkeep of a lighthouse. After struggling with the aftermath of two failed pregnancies, a rowboat washes ashore with a dead man and his baby as if by divine providence. Naturally, they decide to raise the baby as their own.

Four years later, Tom meets the tritagonist Hannah, the baby’s true birth mother. Through guilt, Tom sends a rattle to Hannah which sets off a series of events that can’t be undone. Hannah isn’t necessarily an antagonist — seeing how she has done nothing wrong. The reader cares about the plight of each character and wants them all to get what they need.

There are no winners or losers, only three flawed characters intertwined by a series of tough choices and actions through three points of view.

Every screenplay has multiple storylines with parallel narratives. It’s more pronounced in television writing because their story arcs need to be satisfied within an individual episode while also tying into the overall season/series arcs. Not to mention all of the individual character threads within those systems. For now, we’ll focus on features.

Linda Aronson has done extensive research on parallel narratives. In her work, she describes six main categories. Three of which apply here.

These narratives are often told through equally important individual character storylines (micro-plots). Multiple protagonists have their own stories that serve the macro-plot — the overarching plotline that ties them together. The stories are usually truncated, meaning they are broken into clear act breaks or separate parts — yet are connected by theme or direct intersection. 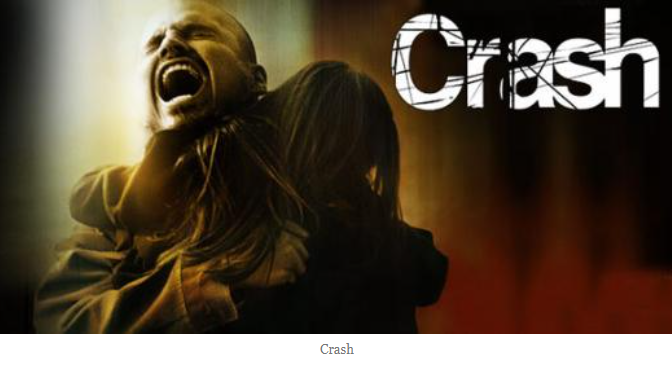 A group of characters works together to complete a journey or goal. The most common number of characters for the group is four, but larger or smaller ensembles can team up for some epic battles.

Examples include Avengers, The Hang Over, and Girls Trip.

When two equally important protagonists journey towards, away, or parallel with each other either physically, emotionally, or both. These double journeys often have an A, B, & C set of storylines.

In Brokeback Mountain, we see dual protagonists, as opposed to co-protagonists, because Ennis and Jack have their own storylines that converge, separate, run parallel, then converge again.

A – Ennis Del Mar – marries Alma and has two daughters.

B – Jack Twist – moves to Texas and marries Lureen.

But the love that they share for each other always brings them back together, if only for a brief painful moment.

This is the driving force for each character and informs the separate lives they make for themselves. Gravity sent them crashing together. The collision of their passion and the force in the immediate repellency of their true desires lead to a love unfulfilled.

Prisoners written by Aaron Guzikowski is another great example of dual protagonists approaching the case of a missing child from different angles of the central theme: the two sides of justice. Dover resorts to vigilante justice, taking matters into his own hands whereas Loki walks the fine line of legality.

Keller Dover is very much a subjective protagonist in that he is driven by his grief and emotions while pursuing leads to find his kidnapped child. Detective Loki, on the other hand, approaches the conflict with more objectivity — after all, it’s not his child. Both paths, one of physical force and the other mental, lead to the same answer with vastly different conclusions. 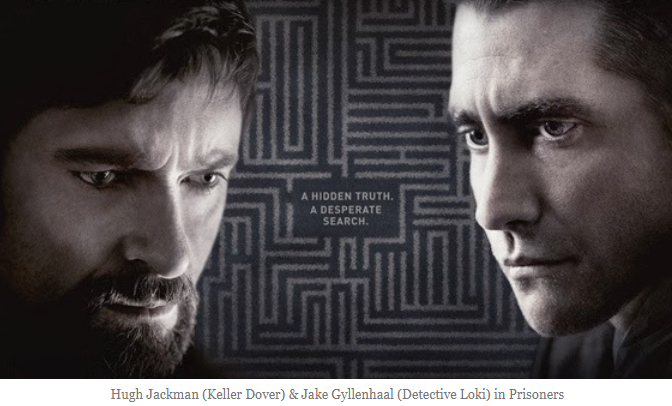 Often in dual and co-protagonist narratives, one character has an outward goal while the other has an inner goal. In Toy Story, Woody’s jealousy of being replaced by Andy’s new toy, Buzz Lightyear, causes the two of them to become stranded. Woody’s goal is to not be replaced. Buzz needs to realize he’s a toy and not a real space cadet. Their shared goal is to get back to their owner.

Using dual protagonists allows writers to explore a more nuanced and deeper look into the story from different perspectives. It opens the playing board up a bit. The goal is to do so without the audience being dreadfully aware of it. Finding a way for their narratives or worlds to connect in some way is vital to creating a cohesive storyline.

As Robert Angier states in The Prestige, “if you could fool them, even for a second, then you can make them wonder, and then you— then you got to see something really special.”