An old saying in writing is we’re not writing reality, we’re writing the illusion of reality. Taking a character, surrounding them with a complete world and a set of moral values that either support or deny that world is a fantastic way to create characters with depth and not get the dreaded “No one acts that way.” If you create a solid ethical basis for your character’s moral behavior people will embrace it fully.

Let’s take Enola Holmes as an example. Played by Millie Bobby Brown, her background was extensively shown in montage as she learned martial arts, bladed weapons, ciphers, sleuthing, and literacy. All this was necessary for us to believe this young girl is/will be smarter than her famous uncle, Sherlock. But the montages also provided a much deeper purpose. Those sequences went further into her attitudes about women of the day and not accepting the limitations of the era put on the so-called “gentler sex.” 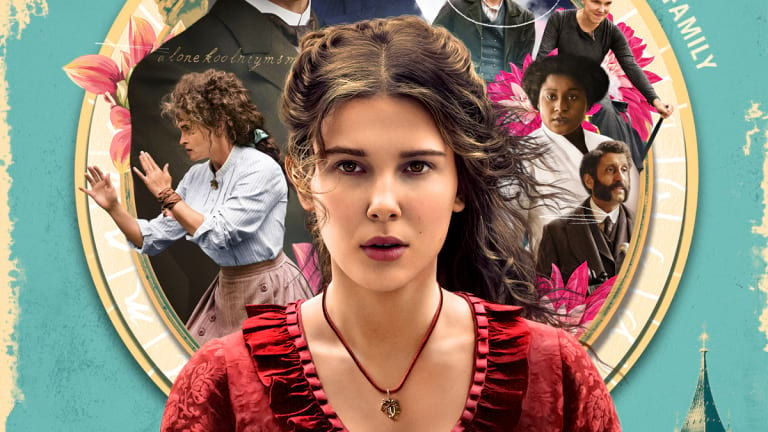 In other words, the ethics of Victorian England (reflected in many ways by Uncle Mycroft) were invalidated by the moral universe of Enola’s mother, and to some extent Uncle Sherlock. Enola knows what society expects of her and she rejects it as did her mother.

She was raised by an anarchist, radical suffragette mother (unknown to her) so a lot of that rebelliousness and attitudes transferred to her as well. In all there’s a lot of good info about her and the contrast between her and her supposed place in the world was well-defined so we understood and accepted it.

The Murdoch Mysteries is a fun Canadian series that’s been running for 14 seasons and counting.

In it, Yannick Bisson plays Detective William Murdoch who solves crimes using “modern” technology of the 1890s. That’s the really fun part, by the way. Being Catholic, he does a sign of the cross at every crime scene which is interesting – not sure I’ve ever seen that before on an extended basis. It’s a cool little technique to constantly remind us of who he is.

It’s his Roman Catholic upbringing and education (by Jesuits) that provides his ethical universe (remember ethical means societal or group ‘rules’) and that also causes him emotional grief with the lovely Dr. Julia Ogden (Helene Joy.)

Tired of waiting for Murdoch to make his move, Dr. Ogden gets married to another man, but discovers quickly that she still loves the brainy detective. When they finally do want to get together, he can’t marry her because it goes against the tenets of his faith. Unless she can get an annulment, or her husband dies, they can do little else but be friends. Divorced won’t cut it – his faith, his values, and the world in which he was raised dictate Dr. Ogden has to have an annulment or no matrimony.

Beside Murdoch’s Roman Catholic ethical constructs, a lot is also made of the Victorian strictures of the day. Even a simple divorce is difficult and scandalous. Murdoch offers to marry Dr. Ogden anyway if she gets a divorce, but it would tar both hers and Murdoch’s reputation because they’d both be pariahs in society.

In the modern-day Bones, Seely Booth (David Boreanaz) is also touched in many ways by his Roman Catholic background. His ethical world puts him in many ways at odds with Emily Deschanel’s Temperance Bones Brennan’s atheism, her ethical world. Both characters hold strong beliefs in their individual philosophies and this creates some powerful and resonant moments.

Bones is okay with a three-way; Booth not so much. Bones can see all religions as being either valuable or worthless. For Booth it’s one true religion being the right one – his. Bone’s worldview is colored deeply by her study and travel to different cultures – a wholly independent-minded person. Booth, although a combat veteran, has a rather parochial view of the world and his place in it.

Booth reflects a more traditional ethical universe. Bones scoffs at many of the mores and values we hold dear because she’s studied thousands of cultures as a forensic anthropologist and can see the silliness of holding to strict codes of behavior. Both her ethical and moral worlds are much more vast than Booth’s and both work to not only understand each other’s attitudes but many times rail against them.

As you might imagine, a character’s values, morals and ethics color their outlook. The ability to write great dialogue is wholly dependant on how much you know about a character. How they express themselves against their ethical world is of prime importance. 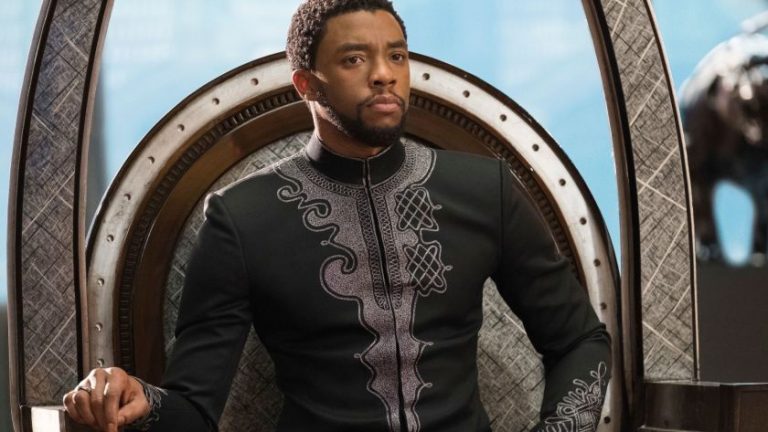 In Black Panther, T’Challa’s (Chadwick Boseman) ethical worldview comes primarily from his father, King T’Chaka. The King and the ancestors before him wanted Wakanda to remain isolated, special – not to intermix with the outside world. T’Challa picks up these attitudes and carries them forth when he becomes King.

This exchange, right after T’Challa becomes King, is between him and his good friend and ally, W’Kabi:

T’CHALLA - Nakia thinks we should be doing more .

W’KABI - You let refugees in , they bring their problems with them. And then Wakanda is like everywhere else.

T’Challa never corrects him, never invalidates this attitude, because it’s also what he believes for a good part of the movie.

The reason this is important is not only because it creates opportunities for informed dialogue exchanges based on T’Challa’s values, but this is one of the core issues that is keeping T’Challa and Nakia from being together which is a subplot that’s created by T’Challa’s and Nakia’s different moral values in the same ethical universe.

Nakia is T’Challa’s (inner) alternate moral voice even as he struggles against the world he inherited and now, as King, must support. In the end, Wakanda is opened up and gives their technology and assets freely. T’Challa’s values have changed as he rejects centuries of isolation as part of his new moral world.

Another interesting moment created directly by values is when Nakia asks for Okoye’s help in overthrowing the newly-crowned King, Killmonger. Okoye chastises her by saying she’s not a spy, she’s a royal guard and is bound by her sacred oath to the throne and not to an individual. Okoye’s ethics and morals are united. She knows her responsibilities and rejects the idea that she can sidestep them even given her deep love for T’Challa. Her love for the concept of Wakanda is deeper. There’s a line late in the movie where W’Kabi (her lover) asks her:

OKOYE - For Wakanda? (she draws her weapon) Without question.

Okoye’s ethical universe and moral values are always aligned. She only fights for T’Challa and against Killmonger when it’s revealed that T’Challa never conceded the royal fight so he’s actually still King. A neat concession to her moral values.

A Perversion Of Values

Family values are universal. So many dramas and situations are based in family.

But what happens when the ethics of family contradict the morals of family?

Blue Bloods, at its core, is about family. Every (of age) male in the family is a cop or retired cop (including one who is dead) and one of the female sibs is a district attorney. They all bleed blue and upright justice but more importantly, family.

The scene with Sunday dinner is a hallmark of the show. Not every dinner is nice of course, many are contentious, but the core of the scene is that family supports each other and it’s a strong part of what the show tries to accomplish. It’s rare that an episode is finished and the family isn’t breaking bread as friends again no matter what happens in the episode itself. That’s the power of family for this ethical universe.

But take that same concept of family in the same basic ethical universe (in which it’s a given that crime is wrong) and put it into a different moral world like Ray Donovan. and it becomes a completely different animal.

We see this from the start when the sociopathic patriarch of the Donovan family, brilliantly written and played by John Voight, murders a priest he thinks molested his son the first thing after he gets out of prison. Maybe he does it because he’s seeking a measure of revenge for his son or maybe he’s just doing it because no one messes with a Donovan without consequences. Either way, the concept of family is as strong as in Blue Bloods or The Waltons, but it’s twisted into a violent shape.

Family loyalty is very strong among the brothers, but that’s perverted by their father’s background and the way he (sorta) raised them. In this case family means survival and covering each other’s hind end. When Bunchy shoots the priest who actually did molest him (Dad killed the wrong guy it turns out) both brothers cover for him. In fact, they even know that Mickey (Voight) killed the priest in Boston and they also cover for him (until they don’t.)

The show is a shifting mass of allegiances and betrayals where family is important but loyalty doesn’t always rule the day. Same basically with The Sopranos or most gangster movies/TV series you see.

Nurse Jackie starts out as a drug-addicted but gifted ER nurse. The ethics of her profession say no to drugs, but her moral values allow crossing the line because she can justify it given her (rationalized) circumstances.

In fact, this is the way most characters act more extreme than others. They live by their own set of rules – as we all do. There is an ethical absolute but under some circumstance we can justify (or understand) just about any behavior.

In Mulholland Falls although a lot of the story revolves around Nick Nolte’s relationship with Jennifer Connelly, the basis of the film is the L.A.P.D. Gangster Squad which was tasked with destroying organized crime in the Los Angeles of the 1950s by using many of the same methods as the gangsters themselves. Much of what they (allegedly) did was illegal and very un-coplike. The justification was an old one: ‘to catch a thief you have to use a thief.’

The mandate was ignore society’s ethics and use a moral justification to get rid of a bigger threat. The means justify the end.

So many movies use this ‘perversion’ of an ethical mandate to create story. Death Wish, Revenge (both TV series and movie) Promising Young Woman, and many war films.

Our characters know it’s wrong but are ‘justified’ in doing it given the situation. They violate their moral code when pushed into aberrant circumstances.

An even more subtle distinction comes in the form of movies like The Post in which a group of newspeople must decide between national security and a public’s right to know.

Here these brave souls are tasked with violating the ethical world in which they operate with a moral imperative that these bad actors must be revealed for the greater good. But which is the correct ethical universe in which to operate? The one that says you can’t ‘betray’ your country or the one that clearly states your responsibilities as a journalist to the truth? A terrific back and forth that makes for a riveting drama.

There are many great ways to use this concept of ethics vs morals in your work to define character, create thematic integrity, and emphasize conflict. One more arrow in your writing quiver to use to add depth when needed.