How Much Creative Risk Should Screenwriters Take?

The delicate balance between art and commerce is often a factor in every screenwriter’s work. If every screenplay always played it safe, where how would filmmakers like David Lynch, David Cronenberg or Yorgos Lanthimos be? Would The Shape Of Water have ever been produced, let alone win an Academy Award? Where would the film industry be without our summer superhero movie staples to help offset the financial risk of producing arthouse or indie films?

We explore the concept of creative risk as it applies to screenwriters: 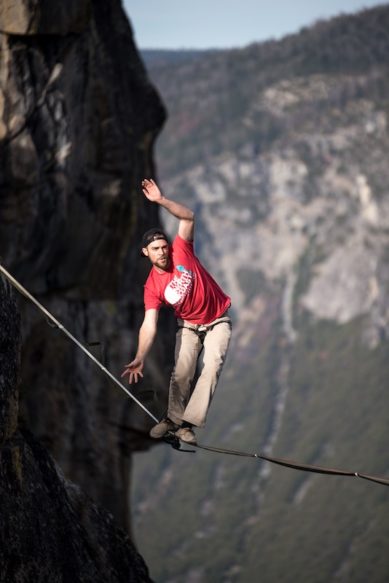 Risk - It’s something we take into account in everyday life. From our health and finances to our social lives and creative pursuits. It’s literally a factor in every walk and in every living organism. And as human beings, we “evaluate” risk based on our interests and passions. It’s a deep, deep rabbit hole. But ultimately one that can be fruitful. Risks are uncontrollable elements we use to predict success or failure. Definitions of success and failure vary with each person. Is a film that pushes artistic boundaries, but flops at the box office, necessarily a failure? Or is the billion-dollar superhero summer blockbuster movie necessarily a success?

The futures we build are at our fingertips. And within that understanding, especially for the screenwriter, the question of risk is layered and complex because it’s not answered in one dimension. It’s a facsimile of what the mind sees, and what the intellect can express via the written word, for others to see, feel and appreciate.

And while screenplays aren’t the widely read pieces of Shakespearean plays, Hemingway poems, or John Kerouac, Stephen King, JK Rowling novels, and many other literary iconoclasts, the screenwriter has the opportunity do something no other art form in history can replicate.

And ultimately, the risks we take as content creators and authors of the imagination. Those risks define us…

Should screenwriters focus on writing something sellable (least risk), marketable, or totally off the wall (most risk)?

This is one of the toughest questions to answer. As a rep, it’s all about helping my clients find their voice and passion, by which I can package and produce that which we develop, based on how I present or “sell” our work.

It breaks down in so many ways. But in a nutshell? Writing something “sellable” or “off the wall” is a measure of two major things. Talent and market. In general, as a producer and manager, I look for opportunities that not only make me feel impassioned, but I need to see the future of the “business” of the idea/pitch/script. I need to see how a concept and the characters evolve and grow per the medium, from concept to script… to the sales… to the packaging… to the financing… to the final frame. And that doesn’t even include distribution and marketing. Whether that’s a half or one hour script in TV, an indie or studio film, a novel or a comic book. Every writer needs to be aware of their market. And how they execute therein.

And that all boils down to the physical style and vision on the page. The idea of “sellable” is relative and personal. There are near boundless opportunities to express a narrative vision. Each requires a care to detail both on the page and in the presentation of the value of what’s presented. Value may not always be immediately measurable in dollars.

A screenwriter, any author really, stands out from the masses when they present something unique per their style, vision or voice. That’s what makes someone bold and interesting, and ultimately, “sellable.” 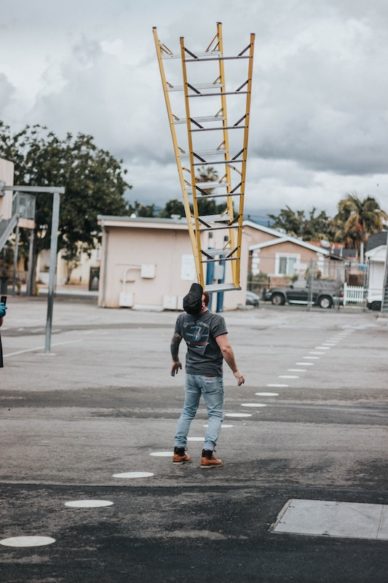 The market is always shifting. And finding a balance is as difficult, or as easy, as cutting to the truth. If you write something, and you write it better than the competition, you can succeed. I deal in probability. And the thing I know is this. No matter the format, the more bold and innovative a writer is on the page, in both WHAT they’re telling, as well as in HOW they’re telling it, the more likely they will succeed creatively.

I don’t want to beat a dead horse. But if a writer’s material and pitch are polished and prepared – if they deliver – that’s how a writer finds success. So the answer to balance creativity and commerce is in understanding the market and comps, along with how the writer presents their ideas on the page with each syllable and rhythmic expression in their physical execution. That “influence” needs to be evident in every beat.

What level of risk best defines your career aspirations?

Some writers focus on stories and characters that can be produced for more, or for less money. The more a writer leans into what makes them passionate about their craft and business, the better. So whether you’re a big tentpole, high concept kind of screenwriter, or a more intimate, character-driven visionary, or somewhere in between, be passionate. The thing I look for is a mastery of the physical execution that provokes thought and action from the read

How out there is too out there? At what point will it turn the industry off you?

There are a number of ways to answer this. The clearest and most direct way, however, is to say that if a writer can compose a symphony on the page, with the genre at the forefront, so we “see” and “feel” it? That’s everything… A lack of magic will turn the industry against you more than a screenwriter taking excessive creative risks.

The reader will feel the story in ways that will make them feel empowered to take action. To carry the baton in their leg of the race. That’s what producers do. And as such, and especially as a producer, I help shape my client’s vision, pushing them to the peak of their talents, and then “sell” that to co-producers, studios, and networks.

Each narrative is a literal business unto itself. No different than any company that manufactures a widget. But the “widget” is the “voice on the page”…

How does risk define your brand and the types of things you write about?

Short answer? The more creatively focused a writer is, the better. We don’t often see the writers of a horror franchise writing the next Disney/Pixar movie, now, do we? Every scriptwriter has a range and a sweet spot. The key is mastering that expression on the page that captivates the reader as they spread their talents into subgenres.

In terms of TV writing, know that a broadcast show will always be safer and must appeal to a more mainstream audience.

In general, I don’t find many writers looking to write for broadcast TV. There is, however, a “broadcast” vs “cable” style on the page. If a TV writer is better at one over the other, then go for it…

What are the pitfalls of not taking enough creative risks?

Apart from being boring and forgettable, many writers edit out those highly personal, “out there” scenes because they are too risky.

Some writers get stuck in a creative rut. But like all walks of life, a writer tends to succeed when they push their creative envelope. So it’s easier to see what to “pull back on” than push forward. So roll the dice…

Why do agents and managers love reading creatively risky scripts even if they have no intention of selling them?

I can’t speak for others. Just of my own personal experience. That said, if a writer shares any written piece that’s polished and prepared, regardless of genre, I’ll take a look…

What is risk other than an idea or an expression that hasn’t frequently been seen before for fear of alienating an audience?

Risk is something that impacts society via the content we’re selling. I mean. That’s layered and complex. But assuming we mean everything from POWER RANGERS to MAD MEN, and beyond, the answer is in the authorship.

Why does our industry need risk takers when the chances of a breakout hit are so low?

Risk takers are the backbone of progressive ideas. Throughout history. Always have been. And art is often at the forefront of progress. Today, film and television, along with social media, impact any author’s or talent’s path, as much as they impact their audience. Simply put?

Risk is inevitable. It’s tangible and real. It impacts all of us. No matter our walk of life. But that’s the fun of this. We get to do something so unique if we just execute and lead others to water…