The foundation of every good story depends on rich characters that grow in some way by the end. The characters (especially the main one) must experience some internal or external transformation during the course of the story. These changes can be intellectual, spiritual, emotional, or physical. Ideally, there should be a main change which includes subtle shades of the others for a more fulfilling conclusion.

Screenwriters often discuss the main character’s journey in terms of their arc and growth. The two terms are often used interchangeably. Although they do largely overlap, they do have their distinct functions.

An arc largely relates to a tangible, identifiable, externalized change while character growth is slower, subtler, and more internalized. They may not even fully realize the extent of their growth, only that things are different now and everything will be alright. The arc tracks a character’s complete journey while the growth only refers to the changes at the end of the story.

Traditional storytelling relies on positive character growth to satisfy its audiences. As audiences become increasingly sophisticated, writers realize that not all characters require positive growth. Some characters choose to stagnate while others degenerate further into the abyss. 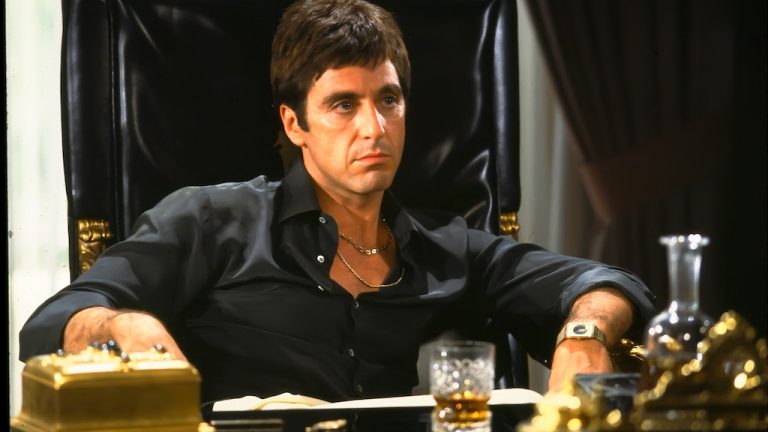 Look at Tony Montana (Al Pacino) in Scarface. He certainly didn’t become a better person in two hours and fifty minutes. The audience still travelled with him despite his taking over the drug cartel. HIs ambition and determination made him such a riveting character. At best, one can argue that Montana embodied the romanticized version of the immigrant American dream by arriving in the country with little more than a suitcase, worked for a pittance, and eventually became a fabulously wealthy business owner. Walter White (Bryan Cranston) followed a similarly violent path in Breaking Bad to become the creator of the Blue Sky, the best meth ever. How’s that for character growth? Taking control of your life to provide for your loved ones.

The growth in these characters who will fight to the bitter end is more vertical than lateral. The change here is a strengthening of their resolve rather than an evolution as they cling to their beliefs even more firmly despite the devastation they cause.

That said, audiences still respond more favorably to characters with a positive growth. Stories of salvation or redemption tend to do better at the box office. These are arguably the two key stories of the human condition.

If you’re going to write a story about a supervillain, make them as interesting and multi-faceted as possible with a slight positive spin in their arcs. Usually this is achieved with a “means justifies the ends” mentality or another positive trait like caring for their family. They are aware of their heinous acts, but it’s all for the greater good.

Character arcs and growth frequently work in tandem, but not always at the same speed, especially when we compare film and television. Due to its nature, everything is slowed down in television whether it be a limited series or a show spanning five to ten seasons.

It can be a slow-moving move as was the case of Walter White in Breaking Bad over five seasons. It took him that long to demand the self-respect and kingdom he forfeited years before when he became a chemistry teacher. 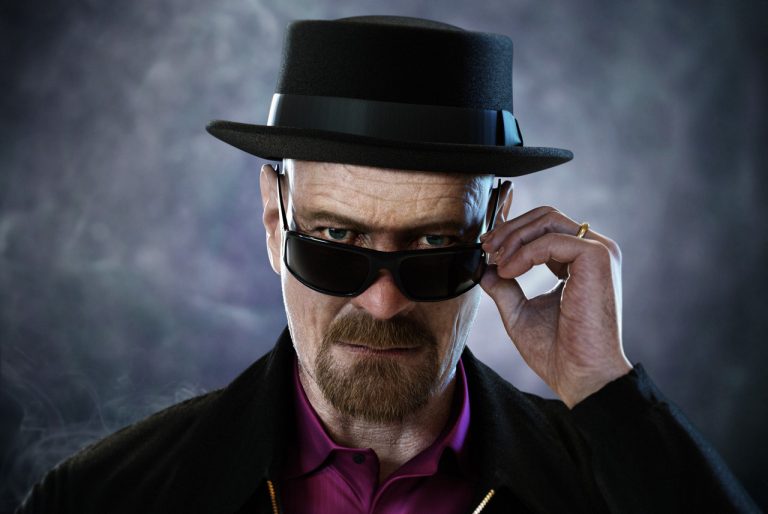 Some characters remain deliberately static over many seasons, especially in the case of sitcoms. It’s a case of same people, different adventures. Homer Simpson is the same chump in season 34 as he was in season 1. Audiences don’t necessarily want to see Homer’s character grow. They are more interested in his adventures and hare-brained schemes. Nobody in The Simpsons grows physically or emotionally.

In similar family comedy shows, a problem is introduced, tackled and solved in twenty minutes or so. Every character has learned something by the end of each episode. Although there is a definite character arc when they are tested with life’s challenges, there is little, enduring growth. The characters are reset for the following episode.

Let’s consider Bojack Horseman, the washed-up sitcom star who’s his own worst enemy. What’s his character arc? Does he grow or change in any way? The jury’s still out. Bojack is still the same narcissistic, self-destructive, toxic character that poisons all his relationships. But he has developed some sort of conscience by the end of the show. Has he matured or has he simply had time to reflect on his life? Is his increased awareness a default process of aging or has he changed? Maybe. Whatever growth he’s experienced, it’s short-lived because Bojack always relapses and continues to make terrible choices. 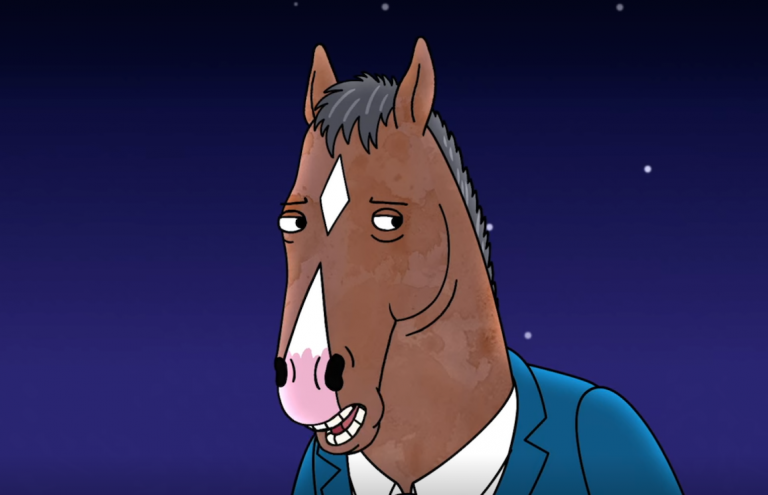 Bojack experienced an extraordinarily long character arc over seven seasons. His agonizing arc helped the audience understand why he became the horse he became; from his fame, to his dysfunctional familial relationships, to his drug abuse. Some might say that the fact that he survived seven seasons is a victory for him.

Screenwriters might also consider the slice-of-life dramas which depict the trials and tribulations of life. Character growth in such stories may not be clearly defined or it may not even occur at all. The Grinch might not grow to love Christmas in another story. For many struggling families, putting food on the table and keeping a roof over their heads during a freezing winter and surviving Christmas is their only concern. Do they grow? Possibly. They may become more resourceful, accepting of hardships, or even hopeful in the face of another harsh day.

Audiences and characters alike appreciate those subtle moments when something has shifted in a character. Remember the pilot episode of The Sopranos when “Sanitation Services Manager” (crime boss) Tony Soprano (James Gandolfini) became enamored with the ducklings in his swimming pool. His sadness cut deep when they grew and eventually left. Tony felt abandoned by the family he adopted.

Although a stark u-turn from Sopranos murderous ways, these seemingly contrasting and contradictory scenes demonstrated a compassionate side to Tony and his unconditional love and devotion to family – even if he sometimes demanded it through unquestioned loyalty and violence. 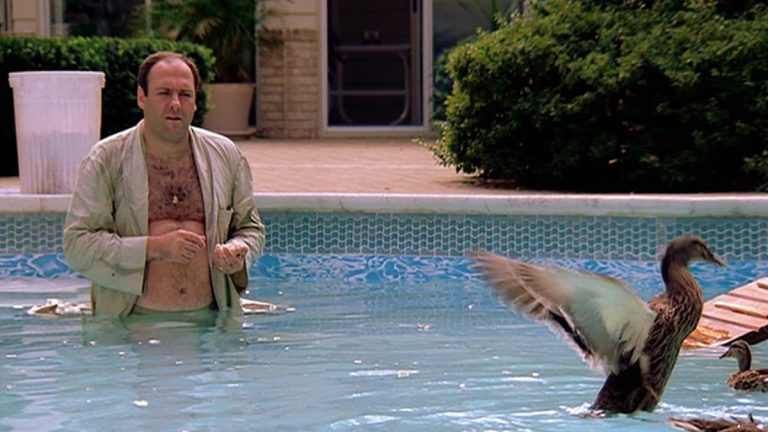 Character growth moments are often depicted as small steps culminating to lasting quantum changes. This graduated trajectory towards growth allows both the characters and audiences to better appreciate the nature and magnitude of the changes that are happening.

The story plot is another way to gauge the character arc. Plot is driven by choices your main character makes – forced and unforced. As a character grows (or not) they may demonstrate a change in the decisions they make. They might show a new ingenuity and uniqueness in their problem-solving, especially as their adversaries become stronger.

An essential component of a character’s arc and their associated growth is a change in how they handle conflict and their opponents. They may be adjusting their responses to their worldview, fixed beliefs, or morality. It be a complete reversal, an acceptance, or an uneasy truce. Consider Nancy Eamons (Nicole Kidman), a conservative Baptist and her husband Marshall’s (Russell Crowe) grappling with their son Jared’s (Lucas Hedges) conversion therapy. Nancy makes peace with Jared’s homosexuality while Marshall ejects him from the family.

Having a clear vision of these character elements will strengthen your characters.