How to Handle Notes

If you’re a savvy writer, you know it’s a good idea to get feedback from multiple readers and make comparisons between the sets of development notes. As a script editor and script reader myself, I’ll frequently be dealing with writers for whom I am just one opinion.

If more than one reader gives the same note, it’s worth paying attention to. If 95% of writing is problem-solving (and it is), then obviously if two – or more – people think a certain scene, character, line of dialogue or something else is an issue, that’s a red flag for you to deal with.

But what happens if you get contradictory writing advice?

As any writer knows, this happens. One reader might say the structure of your script is a problem; another might say it suits the story perfectly. Another might flag the characterization of your supporting characters; but for another, they’re absolutely fine – it’s the protagonist or the antagonist that’s the issue.

Here’s my take on how to deal with this problem.

Sometimes a note is a good note, but it’s just not necessary or applicable for your story. For example, if you want to tell a story about what it’s like to be a man in this screwed up world, then you probably don’t need a female lead … Even if a female lead is cool right now.

In other words, if your gut instinct says ‘no’, then you should probably listen to it – regardless of any advice to the contrary, especially with reference to simply writing to what the marketplace wants.

2) Don’t treat all notes as equal

Now, I’m not saying feedback-givers automatically have an agenda, but it’s important to remember that some do.

Sometimes these are people who simply have different taste than you do, and don’t know how to set that aside for objectivity’s sake. 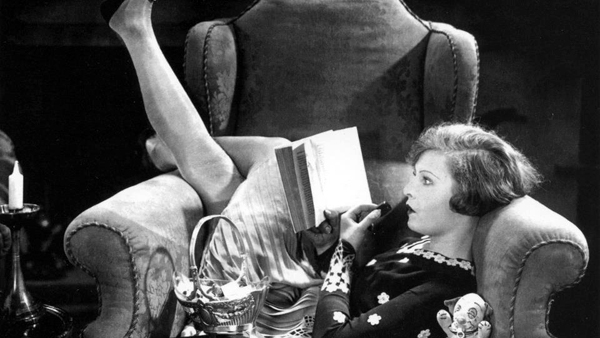 Sometimes these are people who, for some reason, need to feel ‘smart’ by ‘fixing’ your story for you.

Some may or may not be aware of it, either. Being able to work out if this is the case is really important. But how do we do this?

Generally speaking, the reader with their own agenda will tell you — in no uncertain terms — HOW you MUST fix your script. There is never just ‘one’ way, yet they will present it as a fait accompli. (Run!!)

In addition, the less experienced the feedback-giver, the more likely they may be giving you notes that are unhelpful or even completely off the mark. Everyone has to start somewhere and you may be their learning curve.

(That’s not to say new readers can’t give great notes – I’ve had some brilliant ones – but if something seems really off from a new reader, then it probably is. See Point #1.)

So, rather than treat all notes as equal, remember that reading and analyzing screenplays is a skill that’s usually built over time (just like writing them).

Sometimes, writers and their feedback-givers are not on the ‘same page’ when it comes to a story and how it pans out. They may both like the concept, but have contradictory opinions on how to tell it.

So, even if you think someone else’s suggestions are good, think about what the story is supposed to be. What you, the writer, want to convey. If the notes you receive are the opposite or to the left field of that, then you need to discard them.

4) Contrast and compare the feedback-givers

If you’re confused about how to weigh one set of notes in comparison to another, take a look at the people behind the notes. Take their experience and perspectives into consideration. For example:

If your script is a feature, but one reader works in TV and the other has directed movies, then go with what the latter says.

If your script is a short film and one consultant you’re working with has advised multiple award-winning shorts filmmakers and the other hasn’t, then it’s obvious whose experience should win out.

If you’ve written a family animation script, but one reader works in Kids’ TV and the other has worked on multiple Horror shows for adults, then go with the former.

Experience counts for so much in this game that it makes sense to go with the advice of a person who does whatever you want to do daily.

5) Be the authority on your work

Instead of agonizing, get plenty of feedback so you can spot what you need – and don’t need – automatically! You can only do this through regular practice. Write. Get feedback. Repeat. The more you do it, the better you’ll become at evaluating the feedback you receive (as well as your own work).

So, don’t become reliant on feedback to tell you what to do. Be open to ideas or different ways of looking at things, but know it’s up to you. Miraculously, the notion of ‘contradictory advice’ suddenly floats away.

You are the authority on your own work. Recognize this. Use it.