Why? Because as soon as you start writing the screenplay, you start to fail. It’s inevitable. The words that you write on the page never live up to the dreams of greatness that you had in your head. As long as the idea is contained inside your brain, it’s perfect. It’s Oscar-winning. It’s the script that was destined to give you your big break. But as soon as you start to actually write…

This is all very glum, I realize, but fortunately, there is a solution: embracing the bad.

And that’s the big trick of having a successful screenwriting career – actually writing. A lot. All the time. And rewriting what you’ve written. Then rewriting that.

Some writers take the stance that a vomit draft is a terrible idea – if you start with crap, you’ll never be able to turn it into anything great. Your first draft should be deliberate, well thought-out and structurally sound.

Those people aren’t entirely wrong, but they’re missing the point.

The point of a vomit draft isn’t to write badly. It’s to allow yourself to write badly. You’re still obviously going to try to make your script great from the get-go – you’re not a crazy screenwriter. But by allowing yourself to use a cliché placeholder here and move past that on-the-nose dialogue over there, you allow yourself to keep moving forward, and that is the best way to clear the first draft finish line.

Embracing the bad also lets you set self-judgment and doubt aside. The less critical you are of your writing during the rough draft process, the faster you’ll get to the end, and once you’re at the end, you’ll be able to look at the whole and assess much more clearly whether you have something worth putting a few more drafts into.

Writing Your Vomit Draft – Getting Started: 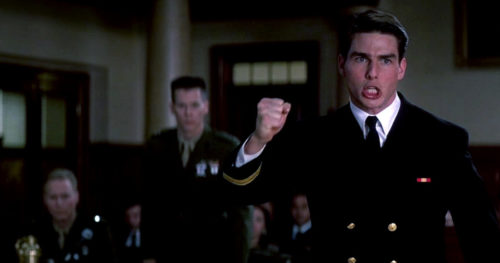 Before you can start spewing your story out onto the page, you need to have a story to spew. One of the biggest mistakes that new writers make when they start a sh*tty first draft is diving in with no outline, no character backgrounds – just a general concept and a will to write. That kind of enthusiasm is awesome, but also destructive.

Very few screenwriters can just start writing and end up with something that resembles a story, especially a feature-length story. The ones who can do that pretty much ruin writing for the rest of us, and we’ll all feel better if we collectively agree they don’t really exist.

Most of us have to start with an outline. You might start from character or from plot. Whatever your process, dump your brain out onto a page.

Maybe you like to start with pen and paper and draw story arcs and charts. Maybe you like to create notecards with set pieces and scenes that you want to build around. Maybe – if you’re like me – you like to open a blank Word doc and simply start typing with no regard for punctuation or order. Let the ideas fall out of your fingers as they come to you. Once you’ve spewed for a while, start looking for pieces that fit together, characters that mirror each other and fit into your plot, or vice versa.

However, you choose to dump your brain out and start forming a plot, work your way toward a beat sheet.

A beat sheet, for those who may not know, is a list of the plot points that make up your story. A single beat might consist of several small scenes, or a long scene might cover multiple beats. Think of the final line of questioning in A Few Good Men. All in all, most feature scripts will have about forty beats.

Leave out any dialogue or emotions. Try to stick to the characters, the settings (if relevant), and the ACTIONS. Writing the skeleton version of your beats forces you to SHOW, not TELL, as much as possible, helping to ensure that your story is active.

Keeping your beats minimal also allows them to fit on one or two pages, which gives you a great visualization of your whole story. This lets you see the structure, the arcs, and the major plot points in a way that your mind can easily digest all at once. If it helps you, you can write your beats on color-coded note cards (e.g. one color for each storyline or one color for up beats and another for down beats) and hang them on a wall to visualize your story more clearly.

Here are some sample beats from Coco:

– Miguel’s great, great grandmother BLESSES him with the condition that he can never play music.

– Miguel AWAKES in the living world, immediately PLAYS music, and is SENT BACK to the land of the dead.

– Miguel RUNS AWAY to find Ernesto de la Cruz and get a blessing without conditions.

Notice that middle beat – it’s made up of multiple short scenes that all add up to one important plot point, answering the dramatic question, “Can Miguel break the condition without consequences?”

Putting together your beat sheet, like your final draft, should take multiple rewrites and a lot of thought. If you settle for the first plot points that come to you, chances are that your story is unoriginal, cliché, and uninspired.

There’s a balance, of course, and I’m not one to spend too much time in the outlining process, but the more work you do in this stage, the easier the writing will be.

Once you have a solid beat sheet that you’ve shared with a few trusted friends and let marinate for a few days, it’s time to start your rough draft.

Open up whatever program you use to write scripts and paste your beat sheet directly into your script file. (Congratulations! You already have words on the page!)

Start from the beginning, and delete beat as you write them. Or start with the scene you’re most excited about, and work backward or forward from there. Whatever works for you, just start writing.

Here are a few tips to keep your writing moving forward:

-Don’t be afraid to adjust your beats if you discover something during the writing process.

-Switch things around, add missing beats, or take out beats that you don’t need.

-If you get to a beat that you’re not ready to write or that’s intimidating for some reason, skip it. Write the next beat, and come back to that scene when you’re ready.

-When you pick your screenplay back up after a break, go back to what you wrote the day before and read it over. Let yourself make some edits as a way to get warmed up and reacquainted with your story, then dive in with the next scene. (I find this helps me avoid wasting the first thirty minutes of writing sessions staring at a blank page.)

-While writing a draft, try to write every single day, even if only for a few minutes. Keep track of every day that you write by crossing them out on a calendar. The motivation to keep the chain of exes going will help push your writing along.

-Set deadlines for yourself, and tell someone what your deadlines are so that you’re held accountable. But if you miss a deadline, don’t let that you slow you down. Remember that small, realistic goals are much more motivating than big goals that you’ll struggle with. (Crush your goal of writing ten minutes every day rather than failing at your goal of writing ten pages every day.)

-If you get to a line of dialogue that you can’t figure out, give yourself permission to write, “SOMETHING FUNNIER HERE,” or whatever the case may be, and move on. Don’t let yourself get stuck on details that will probably change in the next draft anyway. Put another way – don’t be precious.

-At the end of a writing session, leave yourself a note for the next day. Write a line about how you want the next scene to start or a line you want one of the characters to have. Give yourself that bit of inspiration you need to start strong the next day.

-Finally, when you get to the end of your draft, celebrate! Getting the first draft down is the hardest part of the entire writing process.  It might be crap. You might end up rewriting 90% of it. But who knows? Maybe you’ve just written the first draft of something amazing.

And you’ll never write anything amazing without writing something mediocre first. You have to start before you can finish. So give yourself permission to get started, and go for it.