Academy Award™-winning Screenwriter Roger Avary graced onto our screens in a big way after co-writing a little indie film called Pulp Fiction with an equally little-known screenwriter Quentin Tarantino. Avary continued his screenwriting career with films including Silent Hill and Beowulf. He is also the Director of Killing Zoe, The Rules of Attraction, La voix humaine, and Lucky Day. His writing partner is his daughter, Lucky Day producer Gala Avary, who runs their Los Angeles-based production company, Avary International Pictures. By his own confession, Roger admits he has very strange tastes. And that’s his superpower. He shares his insights on his love of film and screenwriting.

A good film comes down to story and what that story means to Roger. He’s always writing, even if he’s not sure exactly what he wants to say. “Doorways will open.” At times, he’s not sure if he has anything to say, but he still keeps writing. “Something happens in your life and it wakes you up – snaps you in the face. It makes you glad to be alive. It shocks you until you have something to say.”

“All screenplays are composed of two things – plot and story.” Avary believes that many screenwriters and development executives are too focused on plot – what is happening on the page. Story has more significance.

There are a limited number of story plots. “Some theorists argue there are six, while others argue there thirteen.” On a deeper level, Roger Avary believes that audiences visit the cinema for plot once or twice. But they keep coming back and watch the same story over again for story. “It’s the characters, the nuances, the themes, the metaphors, and the subtleties that lay themselves on top of the plot.” 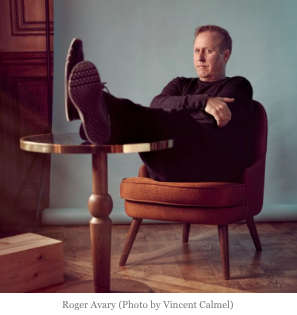 He cites two film examples to illustrate the difference. The Towering Inferno is heavy on plot – the building office burning. There isn’t much story beyond the people fighting for their lives. 2001: A Space Odyssey is very low on plot, but very rich and intense on story – a space crew sets out to discover the origins of humanity.

Story is very personal to Roger Avary. “The underlying secondary, and sometimes tertiary meaning and layers of a dynamic, makes a story special to me.” He relishes the moments of peeling away the story layers upon subsequent viewings of a film when he initially thinks it’s about one thing, but turns out to be another. “Get Out (2017) is a good example. “On the surface, it’s a Blumhouse horror movie. As you peel away those layers, you realize it’s a movie about race relations.”

These additional layers can often become more about the filmmaker than the film itself. “I’ve planted scenes in my films that only mean something to me.” Not all influences in filmmaking must come from your direct life experience. “Sometimes they are from other movies. Look at the films of Quentin Tarantino, Martin Scorsese, and Stanley Kubrick.”

“Part of what makes 2001: A Space Odyssey so good, is the eternal conversation about what it’s about? It’s not just about the movie. It’s about us as a civilization. That’s what makes it an eternal classic.”

Ultimately, Roger Avary declares that the elements of a story are undefined. People respond to different things. “I’m interested in something that surprises me. It could be the surprise of fear or the surprise of delight. I want to see something I haven’t seen before or haven’t felt.”

Avary started his career at art school. “I consider myself more of an expressionist filmmaker. French surrealism is also a big influence on me.” He was also influenced by Antonin Artaud’s Theatre Of Cruelty which was part of the surrealist movement. “It shocked the audience into hyper-awareness, sometimes through offense.” This movement expressed human pain and suffering theatrically without language. “The concept of cruelty has a deeper meaning to the French than it does to Americans.”

There is one tangible metric by which Avary decides which of his multitude of story concepts are worthy of pursuing as a movie idea. “I have to see it as a film in my head. It means I can cultivate it from my life in some way. I like finding aspects of a story that are untapped and excite me.” 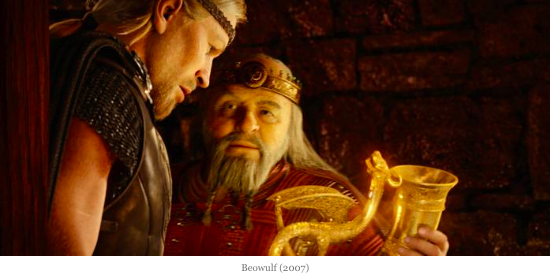 The filmmaker has been accused of having a peculiar filmmaking career. “I jump all over the place. I don’t know if this a good thing or a bad thing. I’ve been involved in silent film as well as studio movies like Beowulf.” Avary argues that Beowulf is not a sharp departure from his signature style. Avary is an avid lover of Excalibur and certain story parallels from there are apparent in Beowulf.

Roger Avary claims has many writing voices. He prunes them to fit what he is writing. “You hear the voices. Let them speak. You discover the metaphors after you write them. You don’t plan them,” he mused.

The filmmaker describes his writing process as a stream of consciousness. “Sometimes you write faster than you can think. You make discoveries about yourself and your characters.”

It’s difficult to know how or why an interpretation of a story comes to him. “Does it seek me out or do I seek it out?”

Avary wrote the screenplay for Lucky Day while he was in jail. It was his escape. It was loosely based on another screenplay he wrote so he had a basic understanding of the characters. “It came to be about this idea about the arts and what it means,” he said. He was also surrounded by many strange characters in prison that guided the process. “I’m thinking about my life and my influences. If you’re an open vessel spilling out your thoughts, you’re naturally going to talk about yourself. If you’re doing it right, you embarrass yourself a little bit.”

The filmmaker wrote Lucky Day by pencil and paper. “It reconnected me with writing by hand. It transforms your relationship to the writing.”

Roger Avary hasn’t got a linear career strategy. There is no solid five or ten-year plan he adheres to. “I have my passion projects that studios won’t let me make and there are others that can’t be made.” It’s a matter of having multiple irons in the fire and grabbing the opportunity that aligns with one of those irons. He advises screenwriters of all stripes to, “Stick around with a project you love forever. When you finish one screenplay, start the next right away, so when studios ask you what else you have, you have something.” Avary finally conceded he has a loose career plan. He likens his many projects to pots on the stove. “Some are simmering, some are burning, some are cold. Some burners aren’t working. Go with what is working in that moment.” 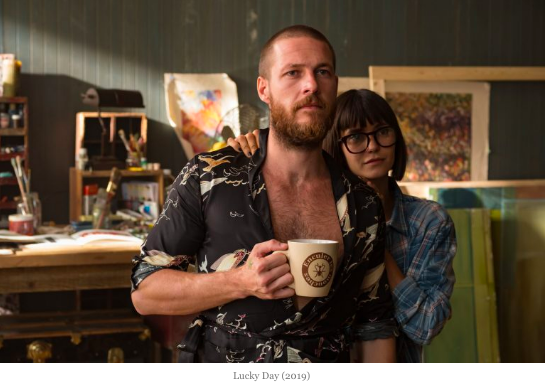 Films are not like musicals which are always in vogue. Movies have cycles where they go in and out of vogue. Ride the right wave or wait for the right wave to come. The wave will come. When a project has its moment, you must dedicate all your focus to it until its complete. “Movies are jealous lovers. They want all of your attention.”

Screenwriters need to show their passion to the industry and remind the powers that be why we all became storytellers. Writers are in a position of strength because we have a creative vision. “Screenwriters take nothing and make it into something with a pen (or keyboard).” We should never be in a position where we feel like we’re asking for a handout or getting a writing job.

You need to be persistent because most writers give up. That’s a sure way to fail. “The tunnel gets too dark. The entrance gets further away. You don’t know what’s ahead. Fear of uncertainty will make many screenwriters turn around to the familiar,” cautioned Avary.

Writers need to meet as many industry folks as possible. Project yourself in a positive way. There will be many failures before success. Have a vision of your destination and then figure out how you’re going to get there.

Despite being a veteran screenwriter, Roger Avary still struggles with certain aspects of screenwriting. Curiously, not the craft. As he gets older he takes fewer chances. “You don’t just jump in and write. You start thinking about whether the idea works or not.” Most screenwriters call this act procrastination. After Roger wastes the day, he comes home and types out a screenplay.

His final advice to screenwriters is to have a life outside of cinema to cultivate your work.  Maybe it’s life you want to see on screen? 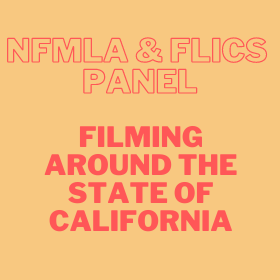 NFMLA & FLICS Panel - Filming Around the State of California
COMMENT(S)