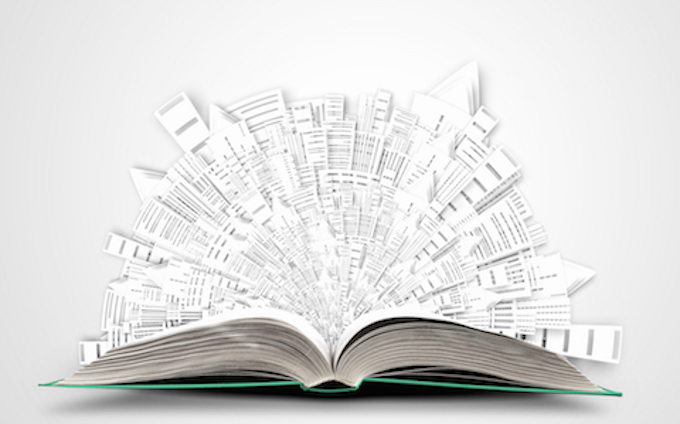 On any given day of client meetings I will find myself rattling off my favorite resources when it comes to any and all things screenwriting. Books, blogs, competitions, labs, programs, fellowships, consultants, I’ve made it a point to get to know as many of them as I can, and accordingly share the information I’ve gathered with TV writing and screenwriting clients, no matter their career station, whenever such resources are needed.

With that in mind, I wanted to share those with the rest of you, in case at any point they are needed. To any of you who’ve been around this industry for any length of time, many of these screenwriting resources will seem (mostly) familiar. Hopefully, you will find one or two in there that offer something new and interesting for you. For the rest of you who are just getting familiar with this space, you will likely find more than enough options to choose from in a number of writer-forward areas.

Either way, I hope this proves useful! After all, at the end of the day I am all about giving my screenwriters and television writers options, in order for them to have the tools they need to make smart, educated decisions when it comes to the resources they turn to and use to push their screenwriting career forward.

Lastly, let me just note that there is really no way to include every available resource out there. I am simply including those that either I myself or my clients have had positive experiences with.

And so, without further ado…

FAVORITE SCRIPT READERS
I have always encouraged my writers to expose their work early and often, from treatment and outline to draft, in order to identify structural and story problems, better define characters, and develop the material in a thoughtful fashion. Additionally, it’s important for the writer to get reads from reputable, established sources in order to try and anticipate how the material will be received in the professional space. When it comes to working with industry readers, who have served as gatekeepers to reputable industry companies themselves, the below are my favorites:

FAVORITE SCREENWRITING & TV WRITING CONSULTANTS
Many writers find that working with a consultant, seasoned in story development, can be critical for developing their new screenplay or television pilot, and pushing the work to the next level. Much as professional writers often develop material with insight and guidance from a producer or development or current programming executive, emerging writers too can benefit greatly from receiving ongoing guidance from those with ample experience developing story and pushing the writer – and the writing – to its best version. Below are my favorite screenwriting and TV writing consultants working with writers today, who have helped  push my writers to great screenplays and TV pilots again and again!

FAVORITE “BIG FISH” SCREENWRITING & TV WRITING COMPETITIONS:
In order for a contest placement or win to really help push your screenwriting career forward, it has to be a big fish/big pond scenario. What does that mean? For a contest win or placement to have the desired impact and get you the attention that you’re looking for, you have to place in one of the big contests as a semi-finalist, finalist, category winner or grand-prize winner. These are contests that industry turns to for their vetting ability, because they cull the very best screenplays and television pilots from thousands of screenplays submitted. These contests, who have made their names by discovering screenplays, TV pilots and writer who have gone on to find success in the professional space, are considered to be the forefront of discovery for managers, agents and producers. They are:

FAVORITE MID-SIZE COMPETITIONS:
In addition to the BIG competitions out there, there are a number of mid-size contests that I like due to the industry access they grant the writer, as well as the name recognition, and therefore validation, they provide, which the writer can then use to proactively knock on industry doors and utilize to make inroads in the professional space.

FEATURE FILM LABS & FELLOWSHIPS
Feature film labs and fellowships have become wonderful incubators for the development and discovery of exciting new writers. Some, like the Universal Writers Program (where I am lucky enough to work with the selected writers) offer significant pay to allow for year-round, full time participation, others provide unprecedented access to mentors and established industry players, as well as prestige that can be critical for the writer’s path into the industry.

TELEVISION FELLOWSHIPS, LABS & WRITING PROGRAMS
Like its feature film counterparts, the television writing fellowships, labs and programs out there have come to be recognized as those on the forefront of discovery when it comes to writing talent that is right there and ready to break. That is true for all of the entities listed below, but doubly so for the network fellowships listed. While labs and programs like the Sundance Episodic Lab and The Humanitas Prize provide unprecedented access to industry mentors, the network programs make a concerted effort to staff their writers on television shows through the program, and have come to be perceived as one of the two only “sure paths” (if there is such a thing as sure path in this industry) to staffing in television. (want to know what that other path is? Check out my previous blogpost: BREAKING INTO TV WRITING: WHAT’S POSSIBLE, WHAT’S PROBABLE).

SCREENWRITING & TELEVISION WRITING CLASSES & WORKSHOPS
If screenwriting, be it for features or television, is one thing, it’s a challenging, intricate craft. When done well, none of the work should be visible on the page. Because of this one simple fact, my writers, be they professional or emerging, can often be found in writing classes. Structure, characters, themes, internal stories and external stories, goals, stakes and – especially when it comes to television – long-view set up often need to be explored from different points of view as one goes from project to project. You have to know the rules before you can adequately break them.  With this in mind, I’ve assembled a list of my go-to writing classes for craft, television writing and feature writing, with many classes available both in person or online.

SCREENWRITING BOOKS
Not everyone can afford classes and consultants, and even those who can often supplement their screenwriting education with screenwriting books that dig into everything from the basics of story to the intricacies of a pilot for a serialized television show. The below list includes some staples, such as STORY, SCREENPLAY and SAVE THE CAT, as well as more recent favorites that have proven to be instructive, inspiring and informative to my writers.

Story by Robert McKee
Screenplay by Syd Field
Writing Movies for Fun and Profit by Lennon & Garant
Save the Cat by Blake Snyder
Writing Screenplays that Sell by Michael Hauge
Change Your Story Change Your Life by Jen Grisanti
TV Writing Toolkit Workbook by Jen Grisanti
The Hero Succeeds by Kam Miller
The Coffee Break Screenwriter by Pilar Alessandra
Rewrite by Paul Chitlik
Writing the Pilot by William Rabkin
The TV Writers Workbook by Ellen Sandler
The Hidden Tools of Comedy by Steve Kaplan
Good in a Room by Stephanie Palmer
The Script Selling Game by Katie Fong Yoneda
Hollywood Game Plan by Carole Kirschner
Breaking In: Tales from the Screenwriting Trenches by Lee Jessup

WRITERLY BLOGS AND PODCASTS
Continuing with the theme of education, there is a ton of information out there to be found via blogs and podcasts, through which writers can stay on top of everything from that’s happening in the industry right now, to the latest and greatest in writing tips, analysis and tools. In addition, many of these podcasts provide ample information about literary managers, as well as filmmaker insights, and writers from your favorite movies and television shows. Because the web is a bit of a bottomless pit and there’s always more to read and listen to, here are a few of my favorite resources:

NETWORKING & INDUSTRY EVENTS
Sure, everyone hates networking, but the reality is that building industry relationships is key to the construction of a screenwriting career. Whether a writer is building her community with other writers working in and seeking to break into her general space, or getting to know agents, managers and executives with whom she would one day like to work, these relationships can prove critical for her forward motion. Over the years, my writers have used the events put on by the below providers to meet other writers, directors, producers, managers and executives:

Additionally, you may want to explore the following, that could not be included in any one category:

The Black List – The industry’s go to script listing service, not to be confused with the list of the same name which comes out at the end of each year and listing the industry’s favorite unproduced script of that year.

Roadmap Writers – Provides everything from online pitching opportunities to intensives, workshops and classes.

Film Independent – In addition to their labs and fellowships, FIND provides its members with classes, lectures and other resources.

ScriptChat – Fantastic weekly tweet chat with a variety of screenwriting-related people and a vibrant community.

If you know and love a resource that is not on this list, it doesn’t mean that I am not aware of it, but rather than none of my writers have shared their positive experiences with me, which I therefore did not include it. However, if there are additional resources that you think I should have included, or that you think I should know about, CLICK HERE to send them my way through my contact form!
Orginal Article Published: Lee Jessup
«Previous Post Next Post» 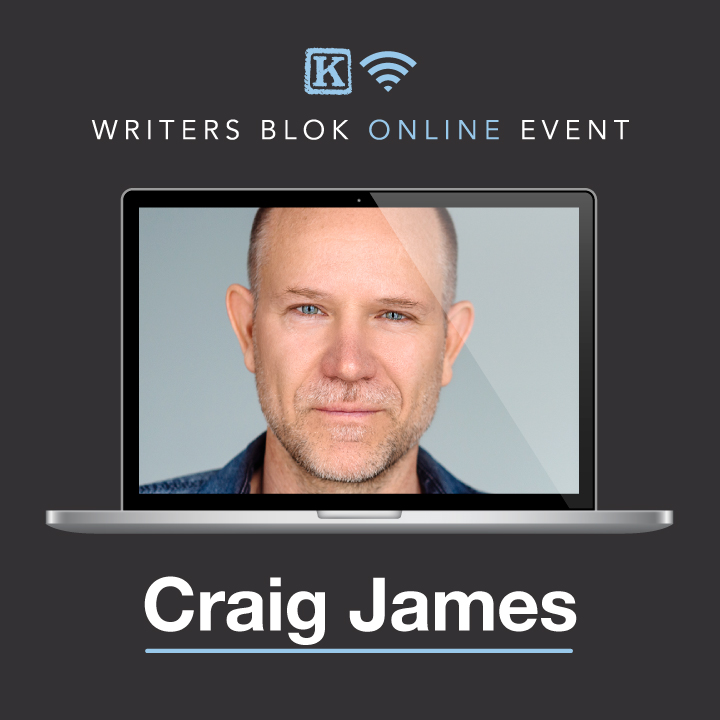 How to Find Your Writing Tribe: A Q&A with Craig James
COMMENT(S)