No need to check your calendars. It’s not yet October. Horror screenwriter, John Russo who put Night Of The Living Dead in every horror movie fan’s library, talks to us about his career, his movies and gives some simple advice to horror filmmakers.

How do feel about being branded a “master of horror” and a “horror legend?” 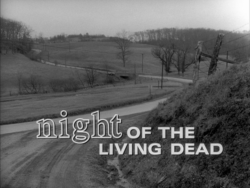 Well, any sort of compliment tends to help one’s career, but those two might be a bit overblown. But still flattering.

What aspects of your work do you feel have inspired generations of horror filmmakers?

Making a successful horror film, NIGHT OF THE LIVING DEAD, by pitching in a little bit of money out of our own pockets (and most of us had to get it from relatives or from finance companies), and then getting friends and associates to invest and participate, inspired other filmmakers and paved the way for them. This is very gratifying for me. Also, the fact that I have been able to publish three books that have been called “Bibles of Independent Movie Making.” The books are successful and widely read because they make the process seem accessible, not just “pie in the sky.”

What aspects of your films are inspired by your real life experiences?

The characters and the way they behave and interact hopefully mirror what I have learned about real life and real human beings — their hopes, dreams, aspirations and failings. I always try to create believable characters who behave like they would behave in real life, even when dealing with scary or even far-fetched occurrences.

What got you interested in horror in the first place? 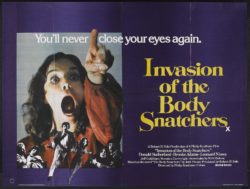 I suppose I enjoyed the vicarious thrills that horror movies could provide, and I was disappointed when the movies were all they could have been or weren’t all they were cracked up to. The movie that really showed me that something excellent could be created within the genre was the original INVASION OF THE BODY SNATCHERS. When devising the plot and characters for NIGHT OF THE LIVING DEAD, I kept saying we needed to make a movie that would have people coming out of the theater with those same kinds of stunned looks on their faces.

What are the elements of a CLASSIC HORROR film that make it live on for years?

Mostly it’s uniqueness, originality. And believable, empathetic, brave and resilient characters. ALIEN is one of my favorite movies because of that terrifying and constantly transforming monster. And of course, Sigourney Weaver is fantastic,

How do you feel about the state of the horror film market today?

Well, of course it’s a lot easier and a lot less expensive to make one’s first movie nowadays because of digital production. Lack of money is no longer an excuse for not getting out there and doing it. At the same time, it results in a glut of product, so it’s in a sense a film buyer’s market. It’s hard to get any front money from distributors. On the other hand, self-distribution is a great outlet, and it’s doesn’t cost an arm and a leg either.

How do you feel about accusations that horror films are cheap, exploitative scares?

Horror films don’t have to be cheap and exploitative. It all depends on the creativity and the ability of the movie makers and the actors.

What inspires your creativity?

Real life. What can go wrong? With scientific endeavors, human foibles, and so on. Everything that goes on in the world. The human condition in its entirety.

How do you feel about remakes of your films? What does each incarnation add to the original story?

I’m not against remakes, especially of my own films, because I’m obligated to seize those opportunities for my investors. But I don’t think a movie remake should be done just because it might produce money; one should always try to bring something new and intriguing to every project, even a remake.

Why have you moved more into writing books/novels in the recent years rather than sticking to making movies?

I like to make movies and I like to write books on the craft of horror and making films, and I’ve been able to do both. I have never stopped doing either.

That said, can you tell us about your film directorial debut? What inspired that transition?

I became a good director over the years through making every kind of film, dozens of TV commercials, industrial films, and so on, plus working on films directed by others — and thereby constantly learning. I never sought to limit my adventures in filmmaking but always to expand my horizons.

Is there anything you want to add to inspire horror screenwriters to get writing?

Like I said, there’s no excuse for not doing it. If you don’t have the drive to do it on your own, perhaps you don’t belong in the film business.