Followed is the brainchild of screenwriter Todd Klick. It’s a “Screen Life Genre” horror film about vlogger/ social media influencer DropTheMike (Matthew Soloman) who is offered a lucrative sponsorship deal to stay at one of the most haunted hotels in America, The Lennox hotel with his crew. We spoke with Todd about DropTheMike’s deadly pursuit of online validation through more subscribers.

“I love the history of Los Angeles… the good stuff and the dark stuff,” said screenwriter Todd Klick. “A few years back, when I came to LA, I started to hear stories about infamous The Cecil Hotel down Los Angeles.” During Klick’s research into the hotel, he discovered a shocking number of murders and suicide at the Cecil, along with a string of gruesome murders from serial killer Richard Ramirez, better known as The Night Stalker.

“A couple of years after that, the Elisa Lam footage emerged when she was last seen in the elevator at the Cecil before she disappeared and later found in the hotel’s water tank a few weeks later.” Klick was fascinated by the horrors that took place at the hotel, which inspired him to reach out to a friend who eventually introduced him to Antoine Le, the eventual director of the film.

“It turned out that Antoine had a similar morbid obsession with The Cecil Hotel,” Klick joked. Over drinks, they discussed its sordid history. Klick originally pitched the idea as part of an anthology series. Eventually, the story became Followed, where The Cecil Hotel was renamed The Lennox for the movie.

“That night, I stayed up all night figuring out the beats of the story and I sent it to him the next morning, then we were up and running.” He also created extensive character biographies before outlining the story. 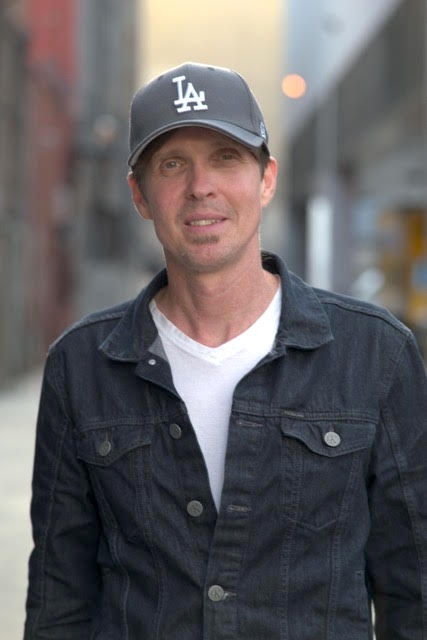 Since they had the character backstories and the overall story, they actually reverse-engineered the process by auditioning actors with improvised scenarios, which led to the dialogue of the screenplay.

The writer and director also discussed the idea of the shapeshifting genre and added comedy to the story. It’s also not found footage per se, but what Klick calls “screen life,” meaning “you’re watching someone watch this on a laptop live the whole time.”

He clarified, “We thought it needed to get under people’s skins a little more because the “once removed thing” with characters doing things that actual people did is just a fictional story. So if you have the film characters themselves doing it, you take away that extra layer of protection. I feel like that gets under your skin, into your subconscious.”

The plan proved to work based on initial fan responses at various film festivals. That said, there are tropes within the subtle form of horror, especially in the screen time genre – films whose stories are told through a computer screen capture.

“I’m not really into the slasher stuff. They don’t really linger with me. I love jumps in the theater, but the films that stay with me have a build-up of tension, creepiness, twists, and turns, then it pays off to something really big.”

Originally, the script had everything happen in one night on Halloween, but Antoine Le had the idea to extend the story into the full weekend to prolong the tension within the story. “After writing for three nights, I started to feel that tension a little more. You’re delaying the bad stuff.”

The screenwriter knew the main twists and turns before shooting, but he also wanted to leave room for the characters to speak and follow their curiosities and hit the in-between moments to further build tension.

“I started to surprise myself during the writing process.” An example is going down the hallway and this boy appears. What’s in his hand?” Follow was written that way, with a sense of immediacy and urgency, rather than thinking about horror movie genre tropes. During the writing process, Klick allowed the characters to take a detour from his outline. But thanks to his comprehensive character bios and the talented actors, he was able to let his characters run the story without derailing it.

“I was just following them through this hotel,” he said about the characters. In addition, the writer, the director, and the DropTheMike also stayed at The Cecil one night to conduct research. 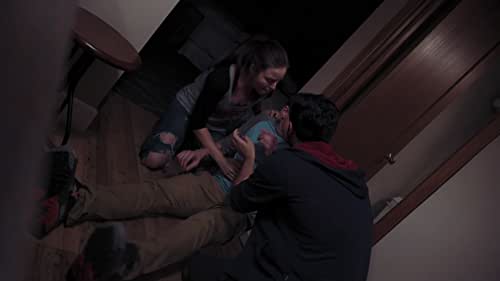 “I like to go somewhere where you get the sights, the smells, the sounds, and they can work their way into the story. We took that same elevator Elisa Sam was last seen in, we pressed the same elevator button, booked a room on the fourteenth floor near where Richard Ramirez was staying.” Method research at its finest.

“The lobby is pretty nice, but once you get in the elevator, you realize something feels off, scratched up. The fourteenth floor is rough. They rent out the rooms to low-income, or homeless people sometimes, and the energy is sort of creepy. We just listened to these sounds in this old building and your imagination starts working. You hear a noise in the bathroom vent or I went on the fire escape, and then we peaked at the roof and the water tank where Elisa Lam was found.”

“Some of that made its way into the story. We worked our way down through the stairwell because they had cameras in the elevator and we didn’t want them to know we were exploring the entire building. There were signs that said to avoid the basement, but we took the stairwell down and explored it anyway. It was helpful to be there and get the vibe.”

There was even a security guard there they had to duck which also made his way into the story.

Klick said he didn’t really think about similar films when discussing the idea with his director Antoine Le, but the deeper character DropTheMike is someone obsessed with fame, even if that meant potentially hurting other people.

“I’ve seen that flaw a lot online with social media influencers. They’re missing something. They’re missing empathy. Maybe they have it, but they’ve set it aside in a relentless lust for likes. If you follow that path, it’s going to lead to something very bad, which was the underlying theme of the story.”

During the editing process, the Logan Paul controversy took place (YouTube star Paul filmed himself in Aokigahara, dubbed ‘Suicide Forest’ in Japan, touching a dead body from a recent suicide).

“There was outrage online, but at the same time, he got millions of views. That was exactly what I was feeling before it got to that level. I wrote the script for Followed a few years before that, but I thought the social media influencer was on that path, to take it to extremes.”

Previously, Klick got involved with Facebook and Twitter, but personally couldn’t figure out why he was spending so much time self-promoting. He wanted to rebel against that attention-seeking feeling and put his time into creative tasks.

Social media status aside, the screenwriter loves his craft. “I write every morning, seven days a week. I look forward to the time,” said Klick.

“I’m always obsessing over finding the shortest way possible to say the most, and pack the screenplay with active verbs so it’s a fun read. The line-to-line edit is the most tedious thing. I don’t mind re-writes. I love ping-ponging ideas and trying them out. One idea often sparks another idea.”

As a massive movie fan, Klick makes sure to watch as much as he can and encourages other screenwriters to do the same.

“During my, teens, we used to go see triple-headers at a local cineplex and then go home and watch another film. I’ve got a catalog of films in my psyche, but then it’s just writing a hell of a lot. Write constantly. It’s like anything, the more you work at it, the more in tune you get, and you instinctively elevate your game.”