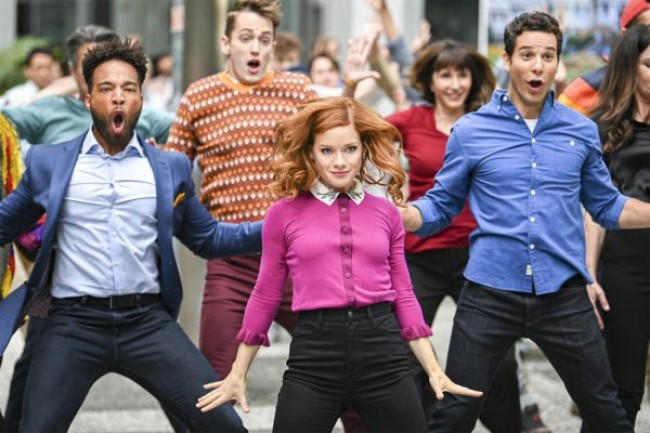 Are TV musical comedies having a moment? NBC thinks so with their comedy TV series Zoey’s Extraordinary Playlist. Queue a show about the eponymous Zoey Clarke, a geeky coder who begins hearing people’s innermost thoughts through songs after a routine MRI scan goes bonkers. Haven’t we seen a similar premise before? Perhaps. But not in such an extraordinary way. Co-executive producer and writer, Davah Avena spoke to Creative Screenwriting Magazine about what compelled her to get involved in this project. After all, obtaining music rights can get expensive.

“I read the pilot about a year ago,” said Davah Avena. “I was just so touched and moved. I cried at three different times just reading it. I knew I had to meet the person who wrote it.” Specifically, Avena wanted to meet Austin Winsberg (Still Standing, Gossip Girl) to discuss the extraordinary story, based on his time in musical theater.

Avena especially responded to the emotional core of the show. “I wanted to be on the writing staff of a show that could make me laugh and cry, but also had so much great music in it,” she added, whose TV resume includes Devious Maids, Kevin (Probably) Saves the World, and BH90210. 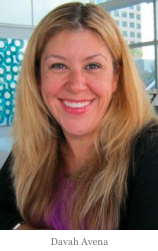 TV musicals tend to be heavily tilted toward comedy, but not Zoey’s Extraordinary Playlist. The show straddles a wider dramatic spectrum to broaden its emotional appeal. Eventually, the writers settled on a dramedy.

“There’s this really poignant moment between [Zoey] and her father that is both heart-breaking and wish-fulfilling. That was one of the moments that just tore me apart,” admitted the TV writer. The music in Zoey’s head needed to illuminate and guide the show rather than be the central focus it.

With a grand idea like this one, the idea is to avoid making the story too gimmicky. According to Avena, regular musicals sing their texts (happy people sing happy songs for example), but this show is more about emotional subtext, or what the characters really feeling beneath their smiley façades.

For instance, a happy-go-lucky person may be internally singing a sad song, which presents a deeper dynamic for main and side characters. “The story then becomes about why that person is so sad and how to help them.”

In addition to layered characters, there’s also a shifting tone within the series. “When we all got together in the TV writers’ room, we had Austin’s amazing pilot to see the line between funny, heart, humor, and drama. So we took from that.”

Beyond this analysis of Austin Winsberg’s  60-minute pilot, the writers discussed the tone a great deal as they pitched story ideas and discussed different character arcs. “In that process, we were able to find the right tonal balance for the one-hour format.”

In the TV writers’ room, there were ten or eleven writers working on the series. After deciding on lunch via a spinning wheel, the writers started the day finishing loose story threads from the previous day. Like most rooms, there’s a hierarchy, which may include co-producer, supervising producers, staff writer, etc. (Davah received her first producer credit on Devious Maids and worked her way up from there.)

“As a creator, it is really important to know what kind of story you’re trying to tell and be the advocate for that story. As you go forward, you always have to go back to that core idea of what the television show is about.”

THE STRUCTURAL CORE OF ZOEY’S PLAYLIST

For this type of story, the writers focused on breaking arcs, but also had A, B, C and occasionally D story runners for the extended cast. “We wanted everyone to get ample screen time, so we had a lot of storylines in each episode.” 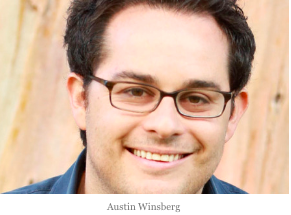 This doesn’t mean that every act of the six act structure got a song, but there were generally 4-5 cover songs in every episode. “We had to spread out the reveal throughout the episode.”

“I do put my producer’s hat on once in a while. A lot of people don’t like to do that, but I do think about whether or not something is producible. Sometimes, I may have a producer discuss the idea with the line producer to make sure the idea is viable.”

She clarified, “an example might be finding an exterior that we can’t find in Vancouver, where the series is shot. There, we would discuss, as a group, how to get that same emotional punch without that exterior shot.”

As the story got going, the TV writers could also lean on the star, Jane Levy, an actress known for Shameless, Suburgatory, and Castle Rock. “She’s so likable and brings so much to the role. And, at the heart of the show is the love for Zoey’s family.”

The idea of family is something that everyone can relate to, in one way or another. “When I’m telling a story, I need to be able to relate to it. I don’t have to have experienced it personally, but I need to relate on some level. If I pitch from my own experience or my own emotional reaction, it often goes over well in the room. When people hear something real, they respond favorably.”

According to the screenwriter, this often means digging deep into your past stories and memories. Despite the many differences everyone has, our core life experiences are generally quite universal.

“I first got into television writing and I was told to write what you watch. I was watching a lot of comedies so I wrote a half-hour multi-cam comedy. I did a few of those specs then got into the National Hispanic Media Coalition, where I was advised to move into the dramedy world, to better use my drama and comedy chops.”

While reading and writing various spec scripts, Avena said there are certain traits to look for and avoid when it comes to spec scripts. “I have not worked in the streaming world yet, so I don’t know how act breaks work there, but act breaks are very important at networks.”

The screenwriter also said act breaks are more than just exciting moments. “I have always found that act breaks should give new information or send the story in a new direction or reveal something that makes you see everything you’ve seen [thus far] in a new light. That’s a pretty exciting thing.”

Based on Avena’s description, this could be pivotal points in streaming scripts, or anything that moves the story along. “Then, don’t spend too much time in the set-up. Make something happen quickly to get the audience quickly involved.”

Currently, the writer is hooked on Diary of a Future President, The Handmaid’s Tale, The Crown, and the feel-good reality show, Flirty Dancing, but when she thinks of her own brand, she gives simple advice: “Be a person who makes the world a better place. It helps the writing.”