Manager Andrew Kersey’s Advice To Screenwriters: “Develop Your Craft. Develop Your Voice And Your Time Will Come.”

Andrew Kersey, who represents screenwriters, shares his insights into how screenwriters should deal with representation and prepare for a successful career in screenwriting.

When should unrepresented screenwriters look for representation? Should they approach you or should you approach them?

I think the unfortunate mistake many screenwriters make is they reach out to industry folks before they should. Before they are ready in terms of their craft. In other words, just because your screenplay is written, it doesn’t necessarily mean it’s ready to be read by agents and managers. Get feedback on your script. We in the film and TV industry are big on vetting writers, whether by contests or referrals.

When you think about it, this makes a lot of sense simply because we have to service our existing clients first. This means we just don’t have enough hours in the day or days in the week to read blind inquiry submissions that haven’t been given a “stamp” of approval by someone we know and respect, or haven’t received some kind of commendation in one of the very few well-respected contests.

Talent will rise through the clutter through the industry channels. I love reading scripts — especially from unrepresented writers — sent to me by producers and assistants (aka future producers and executives) who I respect. So even if you don’t get the response you were hoping for after your first or fiftieth script, write your next one.

Keep writing. Develop your craft. Develop your voice. Your time will come and you will get your shot if you have the passion and talent. 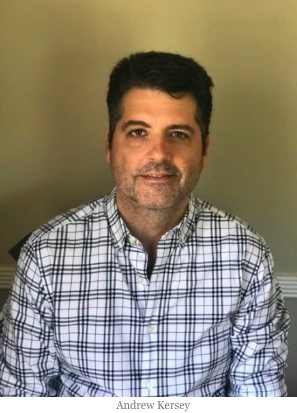 What is the current state of the film/TV script development market?

A great script is a great script so if you write one and it’s amazing, then the marketplace really doesn’t matter. If you tear down the genre’s walls in your screenplay, then this is all that matters. Put a fresh spin on the familiar. There’s no formula to success, but you have to realize that the bar to impress and to get attention is incredibly high. This is true even for working writers. there is fierce competition at all levels. you are not alone. talent will be rewarded whether it’s material by new writers or veterans. at the same time, be aware of what is selling and being made in both film and tv. Don’t live in a bubble but also don’t religiously chase “trends”. Your goal is to build a fan base and the way to do that is to write exceptional, new material. You need that golden ticket of a script. The rest will take care of itself.

What are some of the biggest misconceptions screenwriters have in terms of breaking in? How do you pitch a writer?

I’m always skeptical when a new screenwriter says there is no genre they can’t write. That they have a rom com, a horror, a sci fi thriller and a broad comedy (all of equal quality) to show at the same time. That’s a big misconception for writers in terms of breaking in. The reason this is that the writer most likely hasn’t found their voice. Their point of view. When you begin writing, you should absolutely feel free to write each one of these kinds of stories. In the process, you will get to learn about your strengths and weaknesses as a writer. but at some point — and this speaks to how reps pitch clients — you should have more than one incredible writing sample in the same or similar genre. When we pitch clients for work, the executive wants to feel confident that the writer can execute, and so having more than one amazing script as a sample of what you can do as a storyteller, will never hurt the cause. You do need to try to brand yourself when trying to break in.

What does a typical general meeting with new screenwriter clients entail?

A general is basically a first date between the writer and a producer or executive. The room will be warm because the executive or whomever will be familiar with the writer’s work and the writer should know about the executive’s projects, studio/company, etc. Generals are very informal and really about the executive getting to know the writer as a person. This is why it’s so important for screenwriters to be able to sell themselves in a one on one situation.

Obviously this doesn’t mean begging and pleading for work though. The subtext of any general is “please hire me” and so knowing should put a writer at ease not to be desperate. Sometimes specific projects will be discussed and sometimes generals end without any specific future work discussed. Leave it to your reps to follow up and cut through the subtext with the executive. Your job is to be able to talk about yourself in engaging ways, but keeping it all in the realm of being a writer. The goal is to leave a positive, lasting impression on the executive. The opportunities will follow.

What is the balance between developing a writer’s voice and selling a screenplay?

The most important thing is for a screenwriter to have a voice. a point of view, in their writing. If you have a voice and it’s developed, then this will play a huge role in what kind of ideas to develop, which producers should read something by that screenwriter, so on and so forth. Every script you write must be a sample of your talent on the page. Representatives obviously want to sell scripts whenever possible, but a script needs to function on its own as a strong writing sample too. 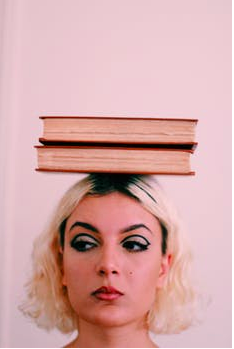 What sorts of scripts/ concepts should aspiring script writers be working on?

My advice is simple. Craft amazingly dynamic and dimensional characters that will showcase your ability to tap into the human drama of the genre you’re writing. If you do this, then your dialogue will jump off the page and that is what is exciting for jaded readers like me. If you’re writing a horror story, zero in on the characters so that you’re doing something fresh and fun with them. Same with a comedy. a drama. Anyone can read Syd Field, but it’s your voice that will enthrall and seduce a reader. Great characters and dialogue will always get noticed. They can’t be taught. They must be developed.

What excites you most about being a manager?

I love it when a client sells their first script or first pitch or gets their first writing assignment. By the time this happens, we’ve usually been in the trenches for some time which makes it so much sweeter. This is what excites me — seeing a client’s hard work get rewarded on a professional level.

How can screenwriters cut the time it takes to break in?

According to Malcolm Gladwell, it will take 10,000 hours for a writer to break in, right? There really is no short cut or easy way to break in. It’s hard work. It’s long, lonely hours. It’s writing. It’s rewriting. And it’s more rewriting. Rinse and repeat. Again and again.

What can inspire screenwriters to keep writing through the fog?

Every working client has had a different path to success. Your path will be different. Earlier this year, Hollywood Reporter wrote a wonderful article about my client’s spec sale to Universal, and how my client moonlighted as a gemologist to pay the bills. It’s never been easy to “break in” as a writer, but you can take comfort in knowing that if you have a unique voice and have the talent, your work will be seen by people who can get it to people who can advance your career.

What should/is a healthy working relationship between development exec and screenwriting client?

The relationship should be rooted in a shared passion for movies and storytelling. That’s the bond and from there. It’s all about how to bring a shared vision of a project or idea to life. Maybe it’s just weekly calls and emails. Or maybe it requires much more than that. I’ve had clients take research trips together with executives for specific projects. Whatever it takes. I always encourage clients to develop relationships with their fans because they will watch your movies first.

I’m not really a fan of query letters because it’s sort of like spam emails; I don’t know who is sending this. I guess my attitude toward queries comes from too many negative past experiences. When i started as a manager, I did respond to all inquiries whether as a polite pass on the concept or after reading the script and passing with some constructive comments. I received too many contentious responses to passes which soured me on query letters.

Any advice for screenwriters outside L.A.?

If I read an amazing script, I’m not concerned with the writer’s zip code. I just want to talk to that screenwriter and read more. That’s all you need to think about at the early stages of your career. At some point when your career does take off, it is smart to live in the LA area because your fans of executives and producers will frequently want to have a meeting as soon as “tomorrow.” When you live across the globe or country, this can be a logistical and financial nightmare.

What is your typical workday?

I like the quiet early morning hours to read clients’ scripts, treatments and make notes. Then when office hours kick in, it’s a mix between client meetings and calls, as well as checking in with executives and producers regarding client submissions, the status of client projects around town and scheduling client meetings. In between that are lunches and dinners and drinks with executives, producers, agents and lawyers I know or am trying to develop a relationship with.

What is the current state of the industry and how do you feel about it?

I’m incredibly excited by all the disruption caused by the Netflixes, Hulus and Amazons because this is creating new opportunities for content creators aka writers. Change is good and it’s lots of fun to have clients be a part of this revolution in the way content is being created and distributed. What this means for talented writers is that there will always be an appetite for new voices so as soon as you finish reading this issue of Creative Screenwriting, stop procrastinating and dive back into your story!