Michael Wormser has been featured in the Producers Guild Of America’s Magazine “Produced By” as a go-to producer and has completed over 70 projects. He has produced features for Legendary, Lakeshore Entertainment, Netflix, and IFC Films, as well as series for Fox Television Studios, Hulu, FreeForm, Netflix, and 20th Century Digital. He shared his insight on the current state of the industry with Creative Screenwriting Magazine and how it relates to screenwriters.

Wormser is a hands on producer who rolls up his sleeves and overseas a production through to completion and distribution. No day is the same as he juggles numerous tasks throughout each day. At the time of posting, he has a TV series in post-production, he’s casting two projects, and he’s setting up various studio projects. Michael forged his own path in the business and learned as he went. Needless to say, mistakes were made and lessons were learned.

He advises less-experienced filmmakers “not to be in such a hurry, especially at the script level.” If the screenplay isn’t at the level it needs to be, Wormser is happy to spend more time developing it, or ultimately letting it go. He advises against starting to shoot a film before the script is finalized. “Be more analytical and see where it might land in the marketplace.” 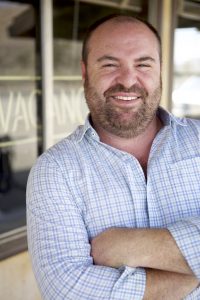 Much like screenwriting, Wormser considers producing to be a craft that needs to be worked on. “It is constantly changing and evolving.” Like many producers, Michael sustains a career by balancing the smaller passion projects with the more lucrative, commercial ones. “Sometimes the commercial product allows you to make passion projects.” He also notes that the passion projects tend to take more time because the market for them is less well-defined. “They also need the right team and support behind them.”

Michael spent his formative years working his producing chops at the YouTube Partnership Program where there was an equal revenue split between YouTube and the content creators. Short form videos sustained him during those years. As his career blossomed, he gets more excited over his theatrical releases as he watches his projects roll out across screens.

Wormser has a broad range in the projects he produces. Currently he’s working on independent dramas, thrillers, horror, and comedy. Rather than focusing on a preferred genre, Michael considers his level of passion for a project before he takes it on. “I think how it might work in the marketplace in a few years, or will it be a passion project.” Ultimately it comes down to telling a good story that audiences connect with. “I want to capture the tone, the feeling and unveiling of the story and give audiences that connection rather than just entertainment.”

With regard to writers submitting projects, “Ideally I’d like a polished script and a look book.” He also advises writers to check how scripts they may have written some time ago have aged, especially with regard to technological advances and the context of the story. “I like scripts to be cutting edge, workshopped, and well thought-out.”

Michael Wormser likes look books because they help him envision the story a writer has in their head and the world it’s set in. “It’s helpful if the writer shows me what the characters and the world look like, and how they perceive those so I can go into the screenplay with the proper context.”

Wormser isn’t slavishly focused on a specific development time or number of drafts or a particular timeline. It’s done when it’s done. He also likes to schedule a table read with actors to iron out the kinks of a screenplay. It’s important to invite professional actors and writers to ensure the feedback is most ‘professional’ over the 4 – 5 hour table read. After this extensive workshop session, Wormser requests another script pass from the writer. Following this additional pass, he sends out the script to a respected circle of readers which leads to another writing pass.

Despite the tumultuous state of the industry, Michael believes its current state is “very exciting.” He’s especially excited about the opportunities in independent film and how they’re being distributed. We’re at a stage where A-list directors like David Fincher can bypass theatrical release windows and distribute their films directly onto streamers. “The first time filmmaker is competing for the same space as Martin Scorsese. Before streamers, there was a tiered distribution of the marketplace – theatrical, DVD, TV and ancillary.” The flattening of this distribution model elevates the quality of streamers.

The current wealth of exhibition platforms may overwhelm some writers with regard to where they should most effectively direct their energies. The main aim should always be a good story rather than distribution.

“Writers should be honest and vulnerable in their writing. They shouldn’t wear a mask to depict a curated life often seen on social media. Audiences want to see real people and an honest portrayal of what life is really like.”

There is no single filmmaking role that defines career success. Some writers stick to their core craft of screenwriters throughout their entire careers, while others become directors, actors, and producers as well. “Writers should follow their hearts and apply themselves to other aspects of the filmmaking process before deciding. You need to experience something outside your comfort zone before you decide on a career path.”

For Michael Wormser, producing is what brought him most satisfaction. He started out in the comedy circuit. “I love the collaboration of putting all the pieces together. It is the culmination of all the work in putting the story together. If I didn’t try writing and directing, I would never have decided on producing.” It’s a case of not knowing your passion unless you try as many things as possible.

The main consideration for screenwriters is finding a producer who “connects with their material and really wants to get it off the ground. It’s exciting when a producer is invested to take your project all the way to the marketplace.” The writer-producer relationship is most fruitful when it’s collaborative rather than a writer handing their script off to a producer. It’s a team effort.