I have been studying, practicing, and teaching screenwriting for three decades, and the one thing I’ve learned is that young screenwriters (in experience, not age) struggle to learn the craft. What they don’t always understand early on is that screenwriting a process. A process that through practice and repetition can be learned, understood and applied. Structure is fundamental to this process. Screenplays are structure, first and foremost. Anyone who knows anything about the craft will tell you so. I teach it like I preach it, and I practice it the same way. But I and every other working screenwriter know that structure isn’t everything. Once you’ve mastered structure, you need to be able to move beyond it if you want to create a great screenplay. Here are a few tips for doing so that I’ve picked up along the way.

Formatting is one such detail that is important to the finished screenplay. Your script should look like a standard movie script if you want people in the industry to take it seriously. It’s a minor, but important detail. Another example of knowing which details are important and which aren’t can be found in many first-time writers’ first scripts. Novice writers, both young and old, think they must describe every camera move in their story, but forget to describe their main characters with even a little bit of useful information. Camera movement is the director’s job, so don’t waste precious script real estate them laying down. Most directors will ignore them at best. It’s like telling a builder how to saw a piece of wood. Here are a few more details to pay attention to in the writing phase.

Film is fundamentally a visual medium, unlike the novel which is fundamentally text-based. Meaning is conveyed in movies visually, with some deference to sound (dialogue and music for the most part.) When you write a screenplay, it’s important to remember to write visually. What does writing visually mean? Well, it might be more instructive to state first what it isn’t. It’s not putting more words on paper, or lots and lots of description. It’s not adding more dialogue that tells the reader what the character is seeing or doing.

Writing visually is about being very selective in your choice of words, and using as few as words as possible, to paint pictures in the heads of your readers and audience. Make them see the movie from the words you’ve written on the page. If you use too many words, what’ll they’ll see is a bunch of text on the page. Too much text will overwhelm the visual images you are trying to create. Action and description in screenplays are best conveyed through simple, clear, short phrases.

Screenwriters today are always looking for new ways to write description that grabs the reader’s attention. When describing action, short bursts of words with a minimal but judicious use of adjectives is a good way to go. 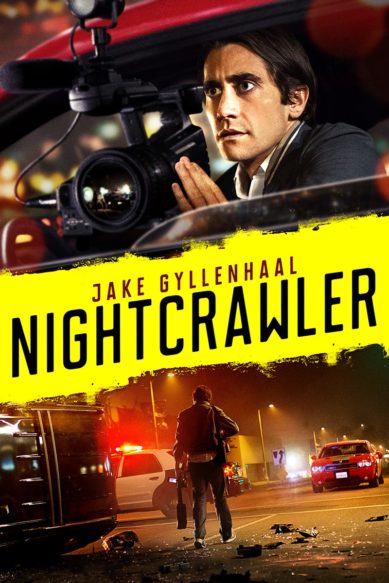 Look at the example below from Nightcrawler, screenplay by Dan Gilroy. Notice the brevity with which Gilroy shows us what’s important in the scene:

A WOMAN
in her 40s, semi-clothed and

Here’s a good example of visual description, using standard screenplay format, from the opening scene of  The Secret Life Of Walter Mitty:

During the morning rush hour, a crowd of businessmen waits on the corner to cross the street. Walter is among them, dressed in a short-sleeve business shirt and tie and with a briefcase on hand. Nothing happens. Then Walter’s head explodes. 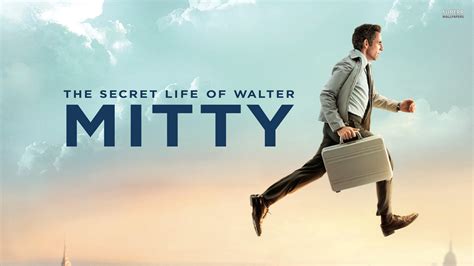 Up toward the clouds, propelled skyward, were the contents (ideas and images) of Walter’s head; they’ve begun to float toward the ground.

Note how simple the description is, and how judiciously writer Steve Conrad picks and chooses what to show you, the reader. It takes only a few words, and we begin to see who Walter is, and what his problem is too (a mundane life that is constricting a wild imagination).

Choose words that evoke images. Using colors is another great way to evoke visuals images with a minimal number of words. You can write the word truck, and it conveys a generic image. Write red truck, though and you’ve created a more specific, more visual image. Also choose adjectives, and adverbs, that are visual and specific. For example, instead of just saying truck, say a rusty, old pickup truck. That image forms quickly in the mind. 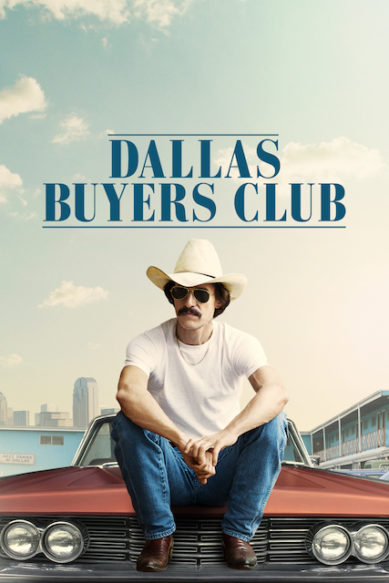 A steady drizzle. Ron stands out by the dumpster, his boots and cowboy hat soaked. The Hispanic Orderly emerges from the hospital, a large garbage bag in his hands.

HISPANIC ORDERLY
There ain’t no more, they started lockin‘ it up.

The Orderly throws the garbage into the dumpster.

RON
I got more cash.

The Orderly studies Ron who holds out some money. The Orderly snatches it, and writes something on a piece of paper.

ORDERLY
Here. In Mexico. A doctor, he has some.

Ron takes the paper, looks at it.

RON
What the hell is this bullshit?

Ron takes a swing at the Orderly but misses. Something about Ron is off. We hear the ringing sound again. Ron struggles to stand and collapses onto the ground. Black.

There are several types of description that are important: character appearance, location appearance, and important objects or sounds. Keep your descriptions short, and make sure they illicit images in the reader’s mind. For example:

Eve looks up as Ron walks in and sits down.

RON
Barrow Wilkem just released it for testing, right? This hospital is one of the sites.

She nods yes, surprised how well informed he is.

RON
Well can I buy some?

Exposition can be another tricky thing to write because it’s technically not action or description, but information that the audience needs to follow the story. Every script needs some exposition, to help give context to the story and the characters, but most first drafts contain far too much of it. One way to hide exposition is to cover it through humor.  The film THE MARTIAN is a good example of how to do this. The film is a science fiction movie, and full of exposition that is necessary for the audience to understand the science behind the story. To make this palatable to a general audience, the writer has the main character deliver exposition throughout the film in various humorous ways. THE BIG SHORT is another brilliant example of how to use humor to deliver exposition, going so far as to have actress Margot Robbie explain derivatives and credit default swaps while enjoying a bubble bath.

The key with exposition is to deliver it in a way that doesn’t kill the pace of the story. A great example of how to cleverly deliver exposition while maintaining pace is the Army Intelligence scene in the first act of RAIDERS OF THE LOST ARK. The whole scene is expository, laying out all the important information the audience needs to understand what the Ark of the Covenant is and why it’s important. But it’s done in a very entertaining and visual way. Check it out.

One more thing you can do to improve your first draft is to develop the theme in your script. Themeis the key to creating a strong premise for a movie. Stinginess leads to ruin, pride goes before the fall, slow and steady wins the race are all examples of classic themes in storytelling. There are many ways to evaluate the theme of a screenplay.

One way is to look at it through what author and writing guru Chuck Wendig once said: “The protagonist is at odds with the theme and rails against it, eventually overcoming it, overturning it, or succumbing to it and proving it out.”  DALLAS BUYERS CLUB is a perfect illustration of a hero succumbing to a theme and proving it out, the theme in this case being, we’re all human and deserve to be loved.

As you rewrite your script, think about what the theme of your story is. Ask yourself if there’s a scene in the film where you can state the theme. This is best done in the first act, and usually best delivered in dialogue by someone other than the main character. Look at each scene in your script and think about ways to rewrite that scene that reinforce the theme. Don’t repeat the same point repeatedly in similar ways, however. Look for unique ways to show the theme at play, rather than having a character repeat it in dialogue.

At this stage, and even sooner, the screenwriting truism of killing your darlings will take over. Killing your darling means eliminating every single moment, beat or scene that does not serve a purpose in the story, or that repeats a story beat; or sometimes an emotional beat, that exists in an earlier scene. You must cut those scenes or parts of scenes out, no matter how much you love them. You must kill those darlings to make your script as tight as possible. Think of each word, each line or your script as costing you money. Then try to save as much money as you can be eliminating waste. You must take off your writer’s hat and put on the editor’s cap here and be ruthless in this stage.

Finally, always remember that good writing requires rewriting. Jordan Peele, who won the Oscar for his screenplay for Get Out, wrote 37 drafts of his script before it was filmed. He may have been the first African-American to win the Oscar for best screenplay, but he’s not the first successful screenwriter to rewrite their script dozens of times. Rewriting is the nature of the beast and an indispensable part of the screenwriting process.

Once you’ve rewritten the script, many times if necessary, you’ll come to the final stage of the process—the polish. In this phase, you won’t be changing much if anything at. You’ll look for typos or formatting errors and fix those. Then you should look over your scenes one more time to see if any repeat story beats and consider cutting those. If you want to be a successful screenwriter, you won’t skip this step. In fact, you’ll embrace it as part of your normal writing life. Your work will be all the better for it.