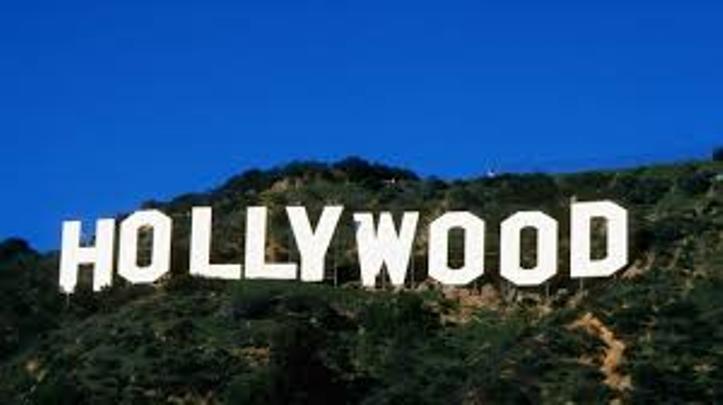 It’s taken me eighteen years writing screenplays to get to the point where I am now.  I was just hired to rewrite a big-budget European animated film, and have written a TV pilot that’s not being pitched to networks as we speak.  But I’d never gotten to the place if I had given up during all those years paying my dues.  If you’re gonna make it in this biz, you gotta be patient, passionate, and most of all, persistent.

I got my start in the entertainment industry way back in the 90’s acquiring content for several cable networks as a film buyer, but as I rose up through the ranks, I realized that wasn’t what I wanted to do for a living.  I loved getting to choose what movies went on the air, but not the politics.  I then set my sight on being an independent film producer, and soon co-produced CAPPUCCINO, a micro-budget film noir which won the IFFM Gordon Parks award.  But out of the dozen or so films I tried to get going, that was the only one that got made. I quickly learned I just wasn’t good at asking people for money.

So, pitch un-perfect, I did what any newbie indie producer would do – I wrote the damn script myself.  And that’s how I got bitten by the writing bug.  The movie never got made, but the die was cast. I then wrote my next screenplay, LEGS, about a tough-talking, chain-smoking alcoholic private eye, and I was off to the races.  Although it was a bit rough around the edges, I found my voice, which I still have to this day.

Then a clusterf*ck of epic proportions changed my life forever.  My house burned to the ground one night while I was asleep, and I lost everything.  And, because I had to spend all my savings reconstructing my life, I could no longer play at being an artist, so I registered with a temp agency and continued writing on my lunch breaks and on weekends.  I wasn’t gonna give up.

I soon got a gig on the Disney lot. Suddenly I was working on my screenplay in the studio commissary.  Time passed.  I got jobs in the legal department at Warner Brothers, then MTV, and then – at least for me – the golden ring, New Line Cinema.  New Line was an amazing place to work back then because it was an entire movie studio in a single building,  and that was when I started to make invaluable contacts I still have to this day during the course of working on half-a-dozen films.  The hallways were buzzing about their new production of THE LORD OF THE RINGS.  A new AUSTIN POWERS movie.  A RUSH HOUR sequel. It was a heady time.

All this time, I kept writing, writing, writing – averaging a feature a year.  I had no spare time and no social life. And because I had to work extra hours to make enough money to pay the bills, I got up at five in the morning and didn’t get home until nine at night.  But I was determined. Nothing was gonna get in my way.  I wasn’t gonna give up.  Especially now that I was so close to it.

After I got laid off at New Line due to budget cuts, I went on unemployment and wrote A NEW TOMORROW, a political mockumentary, where I got to be involved with location scouting, casting and shooting it.  We had a blast, and a made a cool little film that won a couple of awards at festivals that’s now on Netflix and Amazon.

I then worked at Jaffe/Braunstein Films, a TV movie production company that made over 100 TV movies during their ten-year history, and for three brief, glorious years, I worked on about a dozen of them.  And, since the company was only six people, I did about seven jobs. In addition to the legal stuff, I did all the paperwork for the DGA, the WGA and SAG.  I also did the errors and omissions insurance.  And licensed the music.  Did delivery of legal documents to distributors.  And, since there was no receptionist, answered the phone.

And then, as if by magic, stuff started happening. I got a manager who had been the assistant to one of the agents I worked with.  Then got hired to write FULL BODY, a pilot for a producer in Australia  – and believe it or not, that same guy just got me a really well-paying job doing a rewrite for a big-budget animated film.  But I’ll get to that later.

Then I met a producer who ended up being one of the team that created GAME OF THRONES, and he became a fan of my work.  He now wants me to be one of the writers of his next show, which I can’t tell you about due to a non-disclosure agreement.

Then the bottom fell out.  I got laid off during the great recession of ’08.  Did I give up and get another day job? Hell, no. I went on unemployment and shamelessly started hitting up all my contacts for writing jobs.

I went through another manager until I found someone fairly decent. Not a big-guns player, but someone who could get my work read in Hollywood. And, since I was writing full-time, I was churning out about five-six scripts a year.  I’d work on the client script in the morning and then my stuff in the afternoon.

And then another remarkable thing happened.   My screenplays started to get really good.  All that writing over all those years in tiny increments over lunch hours and weekend afternoons became a full-time job, writing six hours a day, and that was the tipping point. All of a sudden, my resume had 27 features, 9 TV pilots and 6 short films on it.  Because I kept at it over all those long, grueling years – and didn’t give up – I had become a professional, working screenwriter.

Next I wrote a genre piece called ZOMBIE & JULIET and used the then-brand new social media to pitch someone I knew at New Line, and low and behold, the executive producer of THE LORD OF THE RINGS wanted to develop it with me.

I then embarked on a six-month period in which I did several rewrites for him and had half a dozen meetings.  The film didn’t get made because the budget was too high and because I had no real credits, but it was an amazing ride in which I learned a lot and made a friend that’s a fan to this day, and I know someday we’ll work together.

And then I got my big break.  My manager hooked me up with a producer who was developing FILLMORE, a biopic about an obscure blue musician who had become a pimp in San Francisco in the 70’s that had Snoop Dogg attached to star in it. I was off to the races. I was to be paid a low six-figure sum to write the script and even had points on the back end.

But alas, it was not to be.  What happened with this project happened over the course of two, very painful years, and could be the subject of another article.  You see, I made a big mistake. I was indeed paid for ‘commencement of writing services,’ but I wouldn’t get the remainder of my fee until the film was funded, which seemed to be a done deal. It was all over the trades, right?  But the producer was an arrogant newbie and ended up alienated Snoop with a low-ball offer, and turned off any and all possible investors for the twenty-million dollar budget of the film.

But that didn’t phase me. I kept at it. I just wouldn’t give up, and I’m now busier than I’ve ever been. In the last six months I’ve had four writing jobs. I did rewrites on BLACK LAMB, a dark crime thriller that will be shooting sometime this fall, and WONDERLAND: RETRIBUTION, a young adult ALICE IN WONDERLAND reboot that’s getting funded via Kickstarter. I also did an uncredited rewrite on AMERICAN KARMA, another indie that’s shooting later this year, and I co-wrote COW TOWN, a sitcom pilot that’s now being shopped.

But the project that I’m the most proud of is RIDGEWAY, a cable/streaming series about a crime writer who loses everything and drives half-way across the country to the Ozark Mountains to be with her online lover, but when her past catches up with her, she turns to a life of crime to make ends meet. It’s a female BREAKING BAD meets TWIN PEAKS with the first female anti-hero not tethered to a man. I’ve got an A-list TV director attached and name talent interest in the lead role. It’s now being pitched to production companies and networks, and I know we’ll get to make a pilot.  We’re currently in a golden age of television/streaming content, and there are more and more outlets looking for programming, so it’s just a matter of time.  I simply refuse to say no.  I will not give up.

In the meantime, my current assignment is doing a dialogue rewrite on BAD CAT, a Turkish animated film that’s a FRITZ THE CAT for the new millennium, a job that old Australian friend from my TV movie days got me.

So that’s my career. Making a decent living and enjoying what I do.

And it all happened because I didn’t give up.
Orginal Article Published: June, 2015, LA Screenwriter
«Previous Post Next Post»

Carole Parker
Carole got her start in the entertainment industry acquiring content for several cable networks, eventually leaving her last job as head of programming for The Playboy Channel, and set her sights on being an independent film producer. She soon co-produced CAPPUCCINO, a micro-budget film noir written and directed by Craig Ross, Jr., which won the IFFM Gordon Parks award. It was working on this film that steered Carole back in the direction of her first love, writing. Over the next few years, while working in business affairs at Warner Brothers, Disney, MTV and New Line Cinema, Carole...
MORE BY AUTHOR: Articles