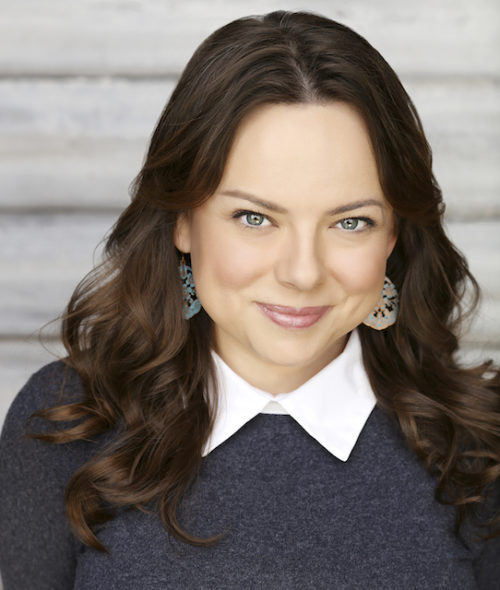 Our next featured Young & Hungry writer Pamela García Rooney is a Mexican-American native of Laredo, Texas. She earned an MA in school counseling after receiving a BA in English from UT Austin where she focused on writing poetry and fiction. She trained as an actor at Playhouse West in Los Angeles. Previously a high school English teacher, she now writes full-time and lives in LA with her husband and two young daughters.

She is a 2018 fellow of the NBC Writers on the Verge program and the NHMC writing program. Her feature script Me & Tammy Faye at the Betty Ford Clinic is featured on the 2018 Black List. She was recently staffed on the upcoming Netflix Selena series.

Oh, SO young and SO SO hungry! I’m honored and humbled, really, to be on a list with so many fantastic “young and hungries” like the inimitable Jimmy Mosqueda and the effervescent Greta Heinemann. I have been working at a breakneck pace to launch a writing career for myself, and I am fortunate to have a talented, hardworking team behind me in Kailey Marsh at Brillstein & Antoni Kaczmarek and Martin To at Paradigm.

Describe your unique personal and professional background and the specific projects that attracted industry interest?

My feature script Me & Tammy Faye at the Betty Ford Clinic was initially inspired by the ambivalence I felt at being raised in evangelical Christianity. I thought I was going to write a scathing satire about a famous Christian televangelist prominent in the 70s and 80s. Tammy Faye Bakker (Messner) was a real-life televangelist who fell from grace after her husband Jim’s sex scandal and eventual incarceration, resulting from financial improprieties. They reigned on the PTL (Praise The Lord) network at a time when “greed was good” — flaunting their extravagant lifestyle on live television along with their so-called “prosperity doctrine.” Tammy Faye kind of got lost as everything came to a head. She was fighting pneumonia and an addiction to Ativan when she ended up in the Betty Ford Center in California. She stayed there one night only.

As I did research and learned who she really was, I fell in love with her. Despite her flaws, she definitely walked it like she talked it. She loved and accepted everyone. She did not judge. She was the only prominent Christian at the start of the AIDS crisis who accepted and embraced gay men afflicted with the disease. Tammy Faye is the definition of love for me and many other people. The story I ended up writing is fiction, but I think it highlights the spirit of who Tammy Faye was. The fast friendship that develops between Tammy and Jezzy (a young transgender woman who performs drag) is their joint journey toward true acceptance of one another. The lesson for Tammy is to internalize that it is not enough to simply tolerate Jezzy. She must celebrate her for the incredible human being she is. Jezzy is pretty damn awesome, and she’s deeply resilient despite her family completely abandoning and disowning her. Tammy can learn a lot from her, and she does. For Jezzy, it is learning to love and accept herself but to also demand more from the people who claim to love her.

My TV pilot, K-Town, was partly inspired by an event that happened during my senior year of high school where two friends of mine brutally murdered three people. K-Town is NOT that exact story, but one of the storylines is similar to it. The main character is a high school teacher who, after experiencing the worst tragedy you can imagine for a parent, is navigating the shambles of her life the best she can. I am a mother, and I was a school teacher for a long time. What this teacher in the story experiences is nothing I have personally experienced, but I have seen other teachers I know go through similar situations. I guess I wanted to imagine what has to happen to drive a person to make awful, self-sabotaging decisions like the main character in K-Town. I’m always curious about “how they got there.”

Oh, I’m so embarrassed to be answering this question, as if I was an authority on the subject. I’m not an authority. I love screenwriters. I think there are a million different ways to “make it” in this field, so just keep writing and rewriting. Have many adventures, make mistakes, love people, lose them and make a fool of yourself repeatedly, then go work on yourself. It’ll all end up as fodder for great stories.

I have been an actress, waitress, bartender, massage therapist, school teacher, and school counselor. I’ve lived. I first discovered that I might have a talent for writing when I was in the 4th grade and my teacher Mrs. Claes praised a short story I had written. I continued to write all my life, but I had the self-limiting belief that I could not have a career as a writer.

It’s taken me a long time to break through this ridiculous hang-up. I am in a place in my life now where I am able to receive the success that I have worked my ass off to get, but I still have to remind myself that I deserve to be here, and I can and will continue to succeed even more at this. I am beyond thrilled and grateful to be on this journey. It’s been a long time coming for me.

How do you become agent/manager bait?

Write a kick-ass script, and then be wide open to discussing that script with a manager who likes it. If that script gets some traction in the big contests or fellowships, even better.

I often begin with a feeling or a character. Sometimes the emotion a piece of music evokes in me will get the ball rolling. Occasionally, I’ll have a memory of something that guts me for whatever reason, and I go down that path for a while until a distinct character comes into view for me. Voices from the people and places I come from end up on the page.

I like to run ideas by my friends and fellow writers. If I can’t stop thinking about it, I’ll go for it.

I write dark psychological dramas with elements of heightened reality and dark humor. I had a poetry professor in college who described my writing as always somewhere between the dark and the light. I think that accurately describes my screenplays today. I also have a preoccupation with mother/daughter bonds or even just parent/child relationships, so there’s always some twisted family dynamic in everything I write.

How do characterize the current state of the industry and opportunities for emerging screenwriters?

I’m starting to think it’s never been a better time to be a screenwriter, but it could still be so much better for those of us who have not historically fit the mold of a working screenwriter. There’s a lot of content to be made and a lot of content to be seen, so the opportunities are there, but it seems to me like you have to really hustle to make your work stand out. I’m just beginning to learn how to navigate this industry. I have to keep reminding myself that at the end of the day I want to tell stories that mean something to me, stories I would watch with great anticipation.

I read as many scripts as I can get my hands on. I am in two writing groups. I get feedback and rewrite all the time. I have taken some wonderful classes at Script Anatomy.

I don’t really know how to answer this one, but conveying basic story structure and grammatical correctness in your writing are not to be ignored. I’m a former English teacher, so I may be more persnickety about this than the average reader.

Keep writing and rewriting. Get feedback. Put yourself out there — like for real, nerds. You have to go network. I know, it’s painful, but take it from one nerd to another, ya gotta do it. Also, get repped by young and hungry agents and managers.

What is something that few people know about you? When I was around ten years old,

I firmly believed I was a psychic faith healer who could sense colorful auras around others.
Orginal Article Published: Creative Screenwriting
«Previous Post Next Post» 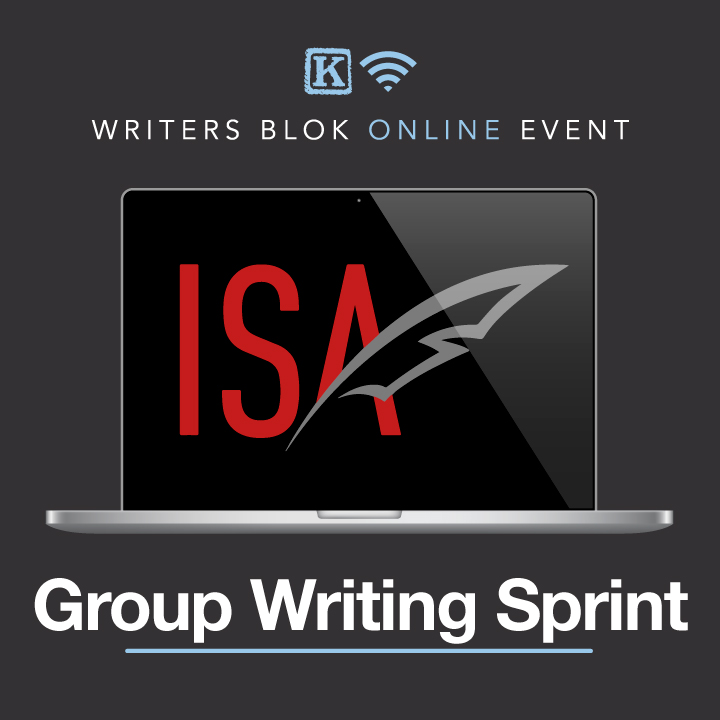