Persistence And Constant Reinvention Are The Keys To Success

Filmmakers Julio Vincent Gambuto and B.R. Uzun got tired of trying to set up their film and TV projects so decided to set up their own company Borough Five Pictures. That’s what we call taking matters into your own hands. Something screenwriters should be thinking about too. Don’t wait for that elusive script sale.

Five Boroughs Principal Julio Vincent Gambuto is the son of a bus-driver-slash-bread-baker, “Julie” grew up in a large Italian family on Staten Island, where aunts, uncles, and cousins gathered often around Mom’s seafoam-green Formica kitchen table for “cake and coffee” — always an Entenmann’s crumb cake — to tell stories, argue about the Mets, and bitch about the neighbors.

Julio served as a producer and show writer for the pilot and first and second seasons of Nickelodeon’s hit new kids series Paradise Run. The show was nominated for a Kids’ Choice Award in 2017. In 2015, he co-directed the feature film Actors Anonymous. He also served as a writer for Behind the Lyrics, a television pilot which was awarded an Emmy by the Academy of Television Arts and Sciences in 2006. 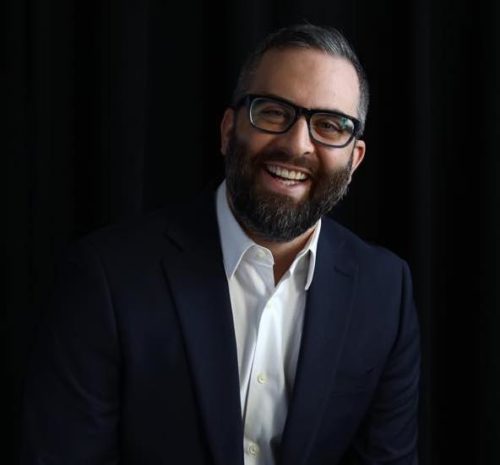 We spoke to Julio and his writing partner B.R. Uzun about their collaboration on their current film Team Marco.

According to Julio Vincent Gambuto and B.R. Uzun, getting a film made means building a “creative force” to drive the project. The duo got together to write the script and Gambuto also sat in the director’s chair.

“The more you can take matters into your own hands, the more creative control you have and the less you’re sitting around waiting for someone to give you a project or permission to make your own. For us, it was all about taking on the entire venture to get the movie made,” said Gambuto about the company.

Part of this was able thanks to a short film from Gambuto called The Julie Stories. The short takes place in Staten Island, 1993.

Gambuto premiered the short at his high school and announced that he would be starting a production company with his childhood friend, Uzun. “We told people we were looking for investors,” said Gambuto. “It was about an 18-month process of fundraising dinners, letter writing, cocktail dinners, and lots of travel.”

The duo raised money in both New York and Los Angeles so they now have funding for their next three projects. “The traditional idea is to write a script and pass it on the to the powers that be. I think the difference here is that Julio organized the entire plan and raised every dollar. We were a lot less passive and everything was created internally,” added Uzun.

The writer-director also stated that screenwriters should be more proactive, similar to composers he’s met recently. “I got more pitch emails from composers than anyone else. I don’t know if it’s something they’re taught in school or not, but they sure know how to market themselves,” quipped Gambuto.

Hitting their fundraising goal also gave the duo more confidence to write because the money was there to greenlight upcoming projects. Finances aside, Uzun was asked what was the best part about being a screenwriter. “Seeing actors act out your lines was a feeling I couldn’t really explain. I was so fortunate to have it happen,” he declared. “That was a graduation moment for me. It’s really like nothing else.”

As a team, they balance writing and producing duties. “We wrote the screenplay together while I was doing the fundraising part with business partners,” said Gambuto. “Uzun carried the script from milestone to milestone and later became the script supervisor. We played multiple roles along the way, which can be overwhelming. But I think it served the project really well.”

“The stories we talk about are human stories. There was real emotion there. That’s what made me realize it was a great idea,” added Uzun. “With Team Marco, death is a prevalent problem in real life that people are talking about over the dinner table. The emotional aspect and relativity are what made it a great story.”

“Some stories are worthy of an article. Some stories are worthy of a poem. But, you have to really be discerning and specific about which of your ideas are going to stay the course and make it to a feature film.” The full summary details the main character as Marco, an 11-year-old who is obsessed with electronics and hardly leaves the house. But, when his grandmother dies and his grandfather moves in, his life is turned upside down through bocce.

“We had a family struggling with divorce and the death of a loved one so we knew there was a relevant premise,” added Gambuto, who isn’t a parent but does have half a dozen nieces and nephews. Uzun is a father, so the pair was able to use real-life experiences to shape the story. “With a wink, we referred to this as a Modern Parent’s Manifesto,” asserted Uzun.

“We wanted to make sure the characters were always taking action based on the premise, but also actions that would exist in the real world. I think that brings a level of authenticity to it,” said the director.

“I’m a student of the screenwriting craft and I do love the craft. I think first-time screenwriters sometimes get too cute with a script and skip the importance of structure. My first month of training included learning about stories and talking about what a character wants. Years later, when you’re on that set, it comes back to that same question,” reiterates Uzun. “Respect and use the structural principles of screenwriting.”

Gambuto also worked as a consulting producer on the Nickelodeon series, Paradise Run. He’s always had an interest in family stories, which is why Team Marco was created with the idea of family in mind. However, he makes sure not to be too squeaky clean with his work or it’s not believable. 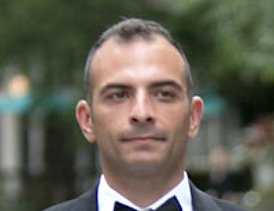 “Team Marco is not specifically for kids. It’s for modern parents and their kids. It’s for people in their 30s and 40s who understand what its like to try to pry an iPad out of a kid’s hands at the dinner table. During our test screenings, non-parents would ask, ‘Is that really how a kid acts?’ Parents would then say, ‘Absolutely, that’s how a kid acts,’” he confirmed.

When writing, the pair thinks about the project in terms of authenticity both from kid viewers and New York viewers. “Kids will stand up and tell you if something is real or not. New Yorkers are the same way. They have a great meter for authenticity (or bullsh*t).”

Team Marco is the fourth script the duo has written, but the first to get made. Uzun credits part of his success to luck, but also to his ability to constantly study the craft of film. Gambuto originally asked Uzun to join forces to write a romantic comedy because he knew Uzun could be funny on the page.

“I had attempted writing partnerships before and they never worked,” said Gambuto. “They are relationships that have to connect in a certain way. For years, I was convinced that I was meant to write alone. Then, when Uzun and I started writing a screenplay together, magic sort of happened and it worked. We’ve known each other for thirty years and writing together for the past ten.”

“There’s a lot of luck, but also a lot of work involved in the business. My strategy was also to go back to film school, but that’s not an appropriate step for everybody. You have to make your own decision about how you train. Some people find graduate programs productive and some people don’t. I just wanted to spend a few years in a concentrated environment making short films so I could come out and create a production company to make movies.”

Gambuto also said he goes with the flow, but makes sure he’s moving in the right direction. When the Nickelodeon opportunity came up, for example, he knew he could help him make better family films in the future. “Our team has to create opportunities,” added Uzun.

In terms of advice to aspiring writers, they listed a handful of ways that screenwriters might become successful. The writer-director credited “persistence” and “constant reinvention” as two starting points for longevity in the field. “The day we finished our first screenplay, we saw a trailer for the exact same movie on TV. I don’t think Uzun talked to me for six weeks because he was so heartbroken. That could have been the end of our screenwriting duo, but you have to be able to pick yourself back up.”

“You’re going to get told ‘No’ a thousand times more than you’re going to hear ‘Yes.’ In the end, I think we had 100 investors, but I must have asked 1,000 people. Ultimately, you have to be able to pick yourself up, set your sights on the next goal, and keep moving forward.”