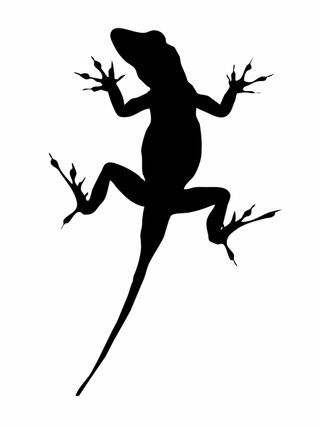 How can I explain the never-ending irrationality of human behavior?

The contradictions never end. When someone shows up and acts without contradiction, we’re amazed. When an athlete just does the sport, or when a writer just writes the words, we can’t help but watch, astonished at the purity of their actions. Why is it so difficult to do what we say we’re going to do?

Or as Steven Pressfield describes it, the resistance. The resistance is the voice in the back of our head telling us to back off, be careful, go slow, compromise. The resistance is writer’s block and putting jitters and every project that ever shipped late because people couldn’t stay on the same page long enough to get something out the door.

The lizard is a physical part of your brain, the pre-historic lump near the brain stem that is responsible for fear and rage and reproductive drive. Why did the chicken cross the road? Because her lizard brain told her to.

Want to know why so many companies can’t keep up with Apple? It’s because they compromise, have meetings, work to fit in, fear the critics and generally work to appease the lizard. Meetings are just one symptom of an organization run by the lizard brain. Late launches, middle of the road products and the rationalization that goes with them are others.

The amygdala isn’t going away. Your lizard brain is here to stay, and your job is to figure out how to quiet it and ignore it. This is so important, I wanted to put it on the cover of my new book. We realized, though, that the lizard brain is freaked out by a picture of itself, and if you want to sell books to someone struggling with the resistance (that would be all of us) best to keep it a little more on the down low.

Now you’ve seen the icon and you know its name. What are you going to do about it?
Orginal Article Published: Seth Godin's Blog
«Previous Post Next Post»