Saturday Night Fever was a culture-defining movie of the 1970s. Platform shoes, flares, windswept hair… and don’t forget those expressive dance moves. This influential cultural movement began when Australian impresario and businessman Robert Stigwood read an article by Nik Cohn about the Brooklyn disco nightclub scene curiously titled The Tribal Rights Of The New Saturday Night. It was published in New York Magazine in 1976 and tapped deep into the vein of youth culture and their need for escape. The article didn’t generate much buzz when it was published, despite Nik’s accolades in music circles. 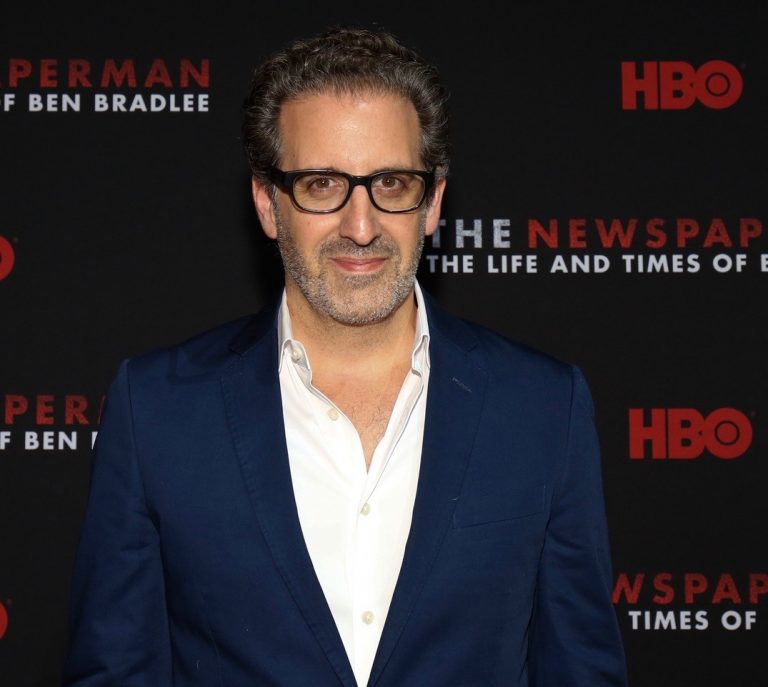 Stigwood took a gamble, took John Travolta out of his acting hiatus after Welcome Back, Kotter, managed the Bee Gees and created an unforgettable global phenomenon.

Documentary filmmaker John Maggio (The Newspaperman: The Life and Times of Ben Bradlee, The Italian Americans) spoke with us about Robert Stigwood’s Midas touch in catching the fever in an 83-minute documentary.

“I was a born storyteller, but there’s something about the challenge of having to work within the confines of reality in documentaries,” said Maggio. He drew upon his skills in journalism and research to create his unique brand of filmmaking. “I was the child who grew up watching Jacques Cousteau, Frontline and nature documentaries. I’m drawn to the inherent drama of true stories.”

His documentary Mr. Saturday Night, one of the five-part Music Box series, executive-produced by Bill Simmons for HBO, focused on the rise of the disco scene and entertainment tycoon Robert Stigwood.

Maggio listened to the music of the era, so he was on board early on. Maggio realized the importance of the London-based RSO (Robert Stigwood Organization) record label who managed music heavyweights including Cream, Bee Gees, The Who, and Eric Clapton.

Maggio peeled back the layers to explore the growth of the RSO empire. Stigwood also dabbled in successful broadway shows such as Jesus Christ Superstar. “These were seminal moments in my youth,” declared Maggio. “I wanted to capture these moments in time.” It was a logical extension to explore the person who made it all happen.

- I wanted to explore how culture is formed

Maggio only wanted to explore the alchemy in the Saturday Night Fever moment. “Robert Stigwood could see the chessboard in a way that nobody else could. As a musician, I realized there were very few such visionaries in the world.“

Saturday Night Fever is something that rippled through our culture. “Studios typically try to define a paying audience… say the 15-25 year old demographic. The “fever” extended beyond far that. It became part of the zeitgeist.”

“Saturday Night Fever crossed over into the mainstream. It extended  beyond its underground roots in the black gay disco scene into middle America.” It got to the point where secretaries, housewives, and grandparents would don their finest outfits and dance to disco. “It’s more than a meme.”

The sixties and seventies were decades of great protest and cultural movements – civil rights, women’s rights, gay rights, the Vietnam War, and Watergate. “We realized we were mislead and lied to and there was so much upheaval.”

Disco was the relief after a long week of protesting and socking it to the establishment. “It was a time you got on the dance floor on Saturday to escape. It was a time for acceptance. Discotheques were liberated spaces,” said Maggio. Saturday Night Fever was aimed squarely at dismantling the tribalism described in Nik Cohn’s New York Magazine article. The unwritten taboo of Black people dancing with Italians in Brooklyn was being discarded.

Disco wasn’t a message movement demanding social change. “Discotheques were a place to move and get lost for a few hours.”

The disco movement also tapped into the vein of the working class – the exploited, the underpaid, the under-appreciated. The Hustle changed disco in 1975. 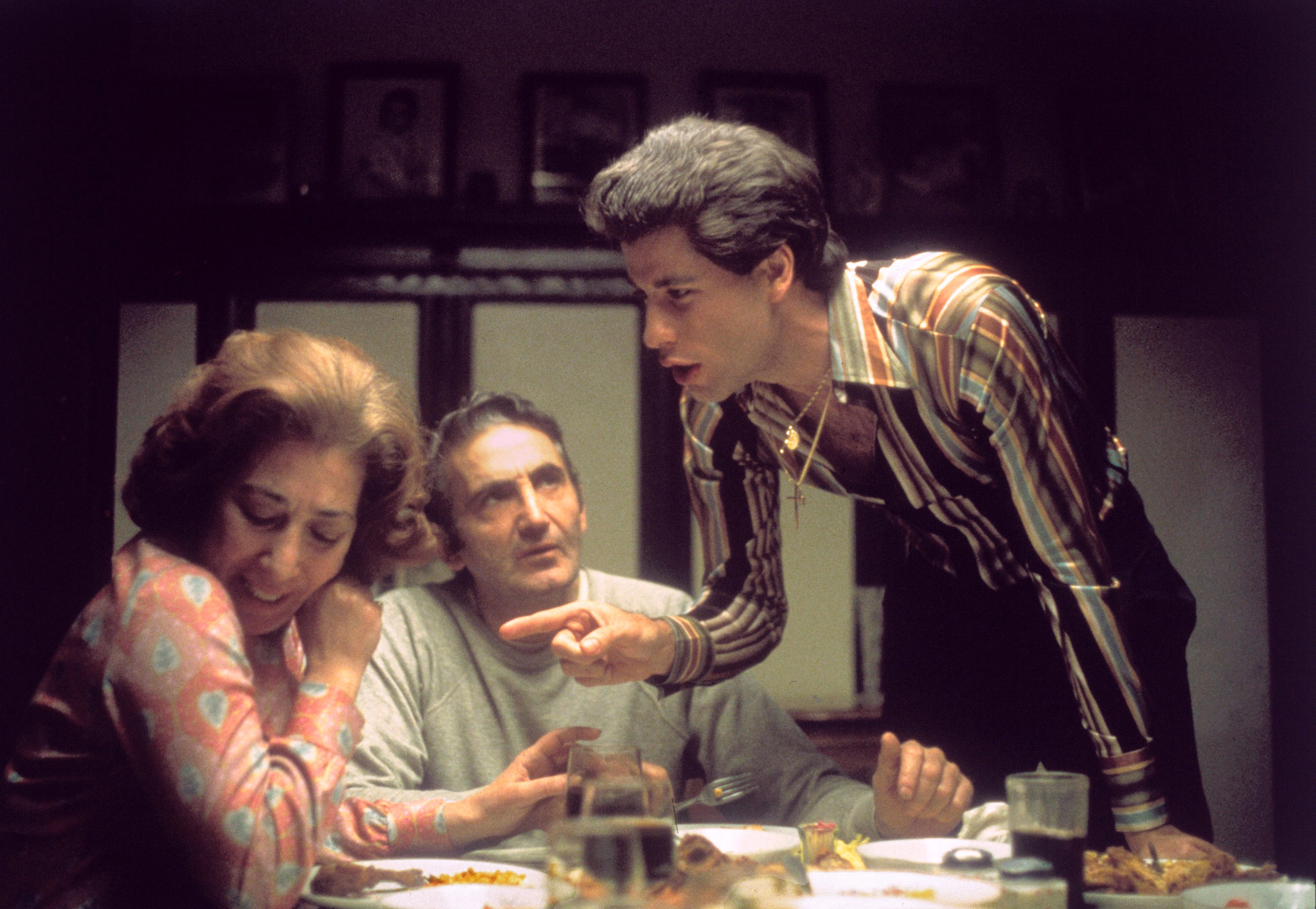 “That song took disco out of the gay black dance community and brought it into the mainstream. The concept of escape resonated with the Italian-American community often working in low-paying jobs and not feeling that the American dream was going to scoop them up any time soon.”

The business climate was turning against them and leaving them behind. Unions were being neutralized and a high school diploma was no longer enough to support a family. They also felt that some communities were thriving on generous government welfare programs to their detriment. They were a disaffected class. “Disco offered them that same release, but on their terms. They expressed themselves through dance.”

John Travolta embodies these turf wars in Saturday Night Fever as Tony Manera. The Italian-Americans would never disco dance at Irish-American clubs and vice-versa. The Maneras certainly wouldn’t embrace the gay culture which ironically, was seminal to their movement. “There was a machismo attached to the film. It’s very sexist, violent, and homophobic.” (The original cut had several rape scenes which were eventually edited out).

When Robert Stigwood came to America, “he recognized a great sense of alchemy for his own ideas, his entrepreneurship, and his intuitive gambles which would eventually pay off and secure him a spot in high society.”

The intersection between Cohn’s article and Stigwood’s vision was a “yearning. A sense of wanting to get out to better yourself that Tony Manera represented.” Manera has drive, charisma, and a great dancer. People followed him. “Stigwood saw the article as a Great American Dream story in the making.”

The irony was that few New York Magazine readers came from the Bay Ridge area which includes Brooklyn. “Many didn’t even realize Nik Cohn wrote about them. Many were stuck in their lives, often by their own small-mindedness.”

John Maggio believes, “Robert Stigwood had a good sense of smell. He had a good sense of what was going to sell with young people. He tried to “eventize” everything that he did.” This was especially true in Grease which co-ordinated a multi-city, opening night extravaganza. “He took little ideas and made them bigger.”

His big gambles aren’s always successful. Stigwood offered £500 million to take over the business management of The Beatles when Brian Epstein was withdrawing from them. The mammoth deal ultimately collapsed, but Stigwood bounced back quickly. “He wouldn’t have been as successful if he wallowed in the misses.”

Robert Stigwood was a softly-spoken man often with a ruthless business acumen. He imbibed the entrepreneurial, gambling spirit upon his arrival to America. He also bankrolled many of his projects – Saturday Night Fever included. “He believed in himself. He wasn’t a big showman and kept in the background. But he wanted the biggest of everything.”

Stigwood’s larger than life business persona was often at odds with his reserved personality. “There was a sadness in him looking for something.” He also battled with excessive drinking.

Despite his shrewd business dealings, Stigwood was always a true patron of the arts. The fat bank accounts were simply a bonus. “He spoke of his drive, ambition and entertainment being part of one’s soul.” He understood artists and appreciated the creative process. “He gave them the space to create.”

John Maggio references a BBC interview with Kevin McCormick who was a 20 year-old assistant at RSO. Lacking in any production credits or relevant experience, he become Stigwood’s Head Of Development and later became an Executive Producer on Saturday Night Fever because Robert Stigwood trusted him and gave him the room to grow.

Disco and the surrounding phenomenon has been celebrated on the stage, screen, and dance floor. Maggio wanted the audience to get to know the man behind it – Mr. Saturday Night aka Robert Stigwood. “The vicissitudes of the making of the film were fascinating.” …the firing of several directors before settling on John Badham, finding a suitable screenwriter (Norman Wexler), convincing John Travolta to swap his Vinnie Barbarino suit for a white one, recording the phenomenal soundtrack… “Somehow it all came together to create culture. It was a moment in time when Robert worked at his best.”

“I wanted to tell an entertaining yarn with an immersive experience,” concluded Maggio.