Scaring Up Funds: How to Acquire Investors When Your Movie’s in Horror

(REPOST) Scaring Up Funds: How to Acquire Investors When Your Movie’s in Horror, the Most Profitable Genre of Them All

By Brian Herskowitz and Tony Timpone on November 14, 2017

There are a few paths you can take to finding investors for your movie:

If they are rich enough or if your budget is low enough, this may make sense for you. Sam Raimi and company pulled together the budget for Evil Dead by hitting up dentists and the like.

This can be done through personal connections, financial or business managers, hedge fund managers, etc. Finders are technically illegal, so you either need to have a personal relationship with these hedge fund managers, or you need to create those relationships. Once you’ve made that contact, submit your brilliantly executed business plan, which clearly shows how you plan to return money to the investors and spells out all the associated terms. Upon review, the business manager, fund manager, or contact to the money would present the “package,” and if the investors like what they see, then they would start negotiations in earnest. Even production companies and distribution companies often have funds to invest in select properties.

Unlike “reward-based” Crowdfunding where the person supporting the project gets a token “perk” for forking over their dough (everyone from Evil Bong’s Charles Band to 31’s Rob Zombie took this route to help finance their most recent genre flicks), in Equity Crowdfunding, commonly called Regulation (Reg) CF, you raise a small amount of money from a large number of people and they own a piece of the project. That is a crucially important difference.

There are pluses and minuses to all three options. While your pub buddies and Uncle Joe are easy to access, you need to be comfortable with putting their hard-earned greenbacks in danger.

Finding high-net-worth individuals who are interested in investing in your horror film can be daunting. There are producers and consultants who can help, but not without compensation. Look for consultants with credits, who can demonstrate transparency, have a track record of success, and with whom you feel comfortable.

Laugh, scream, or cry? Get Out broke the record for highest-grossing film with an original screenplay. Image courtesy of Universal Pictures

Independent production and distribution companies may fund, but you need to have access. If you have an agent or manager, then you have a leg up. If you don’t have representation, then you may find it difficult to gain the necessary entrée. Networking is the key here—especially at film festival markets, like Fantasia’s Frontieres program, where aspiring moviemakers meet over the course of three days to pitch their dream projects to potential investors from all over the world.

That brings us to the newest kid on the film investment block: Reg CF. The laws that govern launching a crowd raise were passed in 2012, but the SEC didn’t rule on the specifics until May of 2016. Prior to 2012, it was illegal to generally solicit funds to the public. Last year, the SEC handed down rules that allow for going onto the internet under carefully scrutinized circumstances and asking for smaller amounts of money from a large number of non-accredited investors. Unlike reward-based crowd funding, this Regulation CF raise allows the non-accredited investor to be a profit participant in a project that they invest in. There are restrictions, including how much an individual can invest, and restrictions on the producer/filmmaker on how they can advertise or ask for those funds. While you can run a campaign on your own, it can be a costly and arduous task. However, the difficulty and know-how to market and manage your Reg CF campaign can be gleaned from others.

Finding access for the independent moviemaker is always a challenge, but there are ways to improve your chances. Our company, Horror Equity Fund (HEF), helps with all of the risk mitigation and access. Our process is fairly straightforward.

Our company sets a very high bar for the project. We fully understand that it’s the script first and foremost that attracts talent, investors, and ultimately the audience. But even before we review a script, we insist on looking at a synopsis and project overview. We don’t want to fall in love with a beautifully written script only to find that it’s a concept that won’t put butts into seats

We review the package for other, related matters — hooks, if you will. We only want to accept fully realized, terrific screenplays that we feel have great profit potential. (However, come to us with A-list talent, a known director, or significant funding in place and a script that might otherwise be a pass may then warrant our attention.)

Once our team has agreed that the project merits a full read, we then evaluate the script. HEF has developed a scoring system that breaks down the strengths and weaknesses of the project. Scripts that score well are then invited to make a deal.

HEF acts as an independent studio without the overhead. We give general development notes, and help guide the filmmaker to a story that stays true to their vision, while increasing their profit potential. In all ways, we strive to lessen the risk to the investor.

That means HEF works closely with distributors and sales reps, assists and gives input on casting, discusses and brainstorms marketing, and we’ll often think outside the box to bring added value to a project. For example: We may develop a virtual reality game that compliments the film to create a brand for that specific intellectual property. Ancillary markets and licensing can be further icing on the cake of a successful film.

Many of the steps outlined above that are designed to help with funding are the same steps that HEF goes through when evaluating a project.

Once HEF takes on a project, we create a strategy to fund and accelerate to market the filmmaker’s vision. In a further attempt to mitigate risk, we engage our sales and distribution contacts in advance. They can give invaluable feedback regarding cast, budget, and profit potential, which can inform the filmmaker.

Philosophically, HEF doesn’t force filmmakers to make changes, but we’ll often point out that not following the recommendations of those familiar with the marketplace can make raising money an uphill climb. Call it constructive criticism. If you’re given notes that either make the script better, or make the package more appealing, and you choose not to do so because “It’s mine, and I don’t want to change it,” we don’t mind, but you’re ignoring advice that is designed to increase your odds of success. For example: A filmmaker came to us with a project and we read the script. Not bad, but it needed work and we gave notes and encouraged a rewrite. We also explained how important the right script is to not only the success of the film, but to bringing talented actors to the project. The filmmaker made the movie, and a year later came back to us asking for money to “re-shoot in order to add a star.” Had they heeded our advice, worked on a script that was production ready, and listened to our advice on casting, they wouldn’t have been faced with re-casting, re-shooting, and re-editing in order to attract distribution.

While HEF will have the ability to directly fund some cherry-picked projects, most of the films that we will get involved with will be funded by one of the other previously mentioned methods, by reaching out to our high-net-worth individual investors, partnering with production companies, and distributers that fund films, or by taking the package to a Regulation CF raise.

One of the things that separates HEF from the rest of the companies that currently utilize Reg CF is MtOhaVtIEHMEAFKrIuNnGs the mUaRrRkeEtNinTgIScaSmUEpaign fEoRrItEhSe filmFmESaTkIeVr. TLShe hoNpEeWhSere isSHthOaPt the fMilmMmPSaker AgeBtOs  to do what he or she does best—make movies. And we do what we do best — market his/her project to investors and the horror fan community.

Ultimately, any time you attempt to fund a venture as chancy as a movie, you’re asking people to take an enormous leap of faith. By following the guidelines above and aligning yourself at the right time, you can help make the investor’s landing a soft one. And there’s nothing scary about that! MM

This article originally appears in MovieMaker’s 2018 Guide to Making Horror Movies (featured inside our Fall 2017 issue), on newsstands now and available in an expanded eBook edition. Featured image illustration courtesy of Shutterstock. 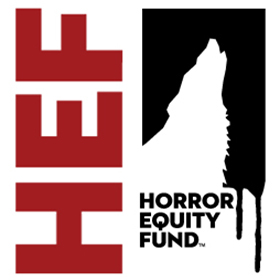 Horror Equity Fund was founded by Marlon Schulman and Brian Herskowitz.  The company provides Access, Participation, and Profits for fans, content creators, and investors by focusing on the highest return on investment segment in the entertainment industry - Horror.