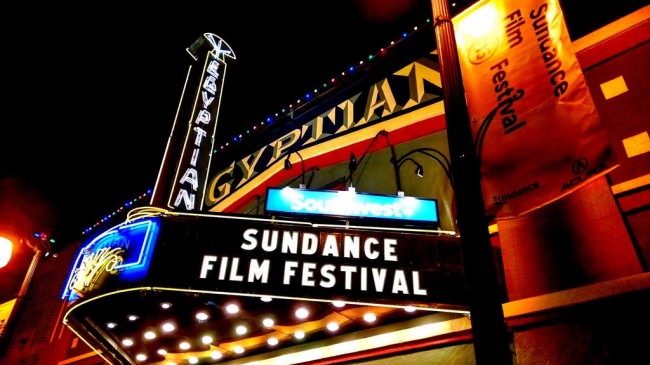 Park City, Utah is host to the biggest film festival in the United States. In 1978 it was known as the United States Film Festival, then changed its name in 1989 to the Sundance Film Festival. That same year Sundance became synonymous with independent success with Sex, Lies, and Videotape. The Sundance Institute, which sponsors the festival, has developed a number of programs to assist filmmakers and screenwriters, such as the Sundance Writers Lab and Episodic Program.

If you’re thinking of attending this year, here’s a sneak preview of what to expect, based on our previous experiences as Sundance-going veterans.

What’s all this fuss about Sundance? Well, it’s THE festival to go to with an independent film. It’s not unusual to hear about a $25,000 film selling for millions after a Sundance screening. Slamdance has also enjoyed big sales over the years prompting a number of “dances” to jump on the indie film festival bandwagon.

As thousands of Hollywood executives descend on Park City, Utah for parties, schmoozing and screenings, many Hollywood hopefuls come with a script and a dream. Well, leave that script at home. Screenwriters planning that excursion to Utah should bring a stack of business cards and plenty of moxie.

The independent film world is populated by hyphenates, i.e., writer/directors,  director/actors, or writer /director/ producer/actor. For the pure screenwriter, Sundance can be a lonely and bewildering experience. At a recent annual brunch at the Sundance Institute the festival’s filmmakers we were invited to meet Robert Redford and other key Sundance Institute board members.

Sundance, Slamdance, Slamdunk, Souldance, Lapdance, No Dance, Van Dance and a host of other festivals showcased independent films to the tens of thousands of industry professionals, Hollywood hopefuls, and ordinary film goers. Although Sundance was clearly the winner in receiving audience and press attention, the alternative festivals did well in picking up the spill-over that could not get tickets to the main attraction. “Parasites,” was the term used by Robert Redford, to describe the spin-offs. Clearly, Mr. Redford is not happy about the way in which other festivals creatively use “dance” in their names.

Why all this activity in such a small town? Two words: Industry Exposure. Sundance is THE independent film festival and it attracts all the movers and shakers in Hollywood. Stars, producers, distributors, and agents come down for a weekend or for the full eleven days to watch films, hit the slopes and party. Deals are made before, during and after Sundance, which is responsible for starting the careers of many first-time filmmakers. Even the alternatives can boast of sales.

A main feature of the Slamdance Film Festival is its screenplay competition and readings. Winners were announced in October and as part of the festival, excerpts from scripts were read informally at Slamdance’s Headquarters at the Treasure Mountain Inn on Main Street. As part of the Fireside Chat program, the readings were held in a room that was noisy and the actors had only one microphone, which many declined to use.

Sundance, Slamdance, Slamdunk and the others offer very little for the screenwriter. Aside from a panel discussion at Slamdunk where everyone exclaimed “write a great script,” there is little in the form of practical discussion on how to break into independent film as a screenwriter. Slamdance has a script competition that helps the writer, but the festival is clearly for the filmmaker. Sundance has the Screenplay Coffeehouse where a screenwriter can pick up an independent script and read it with a cup of coffee. The monotony is broken up twice daily with afternoon writer/director Q & A’s. The great thing about the Screenplay Coffeehouse is the opportunity it gives writers to meet other writers and talk about film and commiserate about the lack of screenwriter-related activities.

The best way to do the “dances” is to watch films during the day and party by night. There are literally dozens of parties every evening and the trick is to find out where and when. Without an invitation, crashing a party is in order and it is surprisingly easy to do. The strategy: arrive early. Parties are scheduled to begin at 10 p.m. and the bouncers are less rejecting when the club is empty. Have plenty of business cards and a pitch rehearsed for that chance meeting with a development executive, producer, or agent. The business card should include the writer’s name, contact number, script title, and a brief description. Don’t be a nudge by pitching to people who obviously don’t want to be pitched. Lead up to it slowly, maybe after talking about the hot movie of the day.

There is no doubt that Sundance is mainly geared toward directors. However, we should mention that screenwriters gain some recognition here too. During 2018, the prestigious Waldo Salt Screenwriting Award went to Christina Choe for her film Nancy. The World Cinema Dramatic Special Jury Award for Screenwriting was presented to Mexican screenwriters Julio Chavezmontes and Sebastián Hofmann for their screenplay Time Share.

“I’m quite happy that it’s a market,” said Redford of the buying frenzy that is a key feature of Sundance. There are some eye-watering deals to be closed at Sundance. During the 2018 Sundance Film Festival, Call Me by Your Name, Get Out, Mudbound, and The Big Sick got picked up for distribution. Mudbound was purchased by Netflix for a hefty $12.5 million and The Big Sick got swiped by Amazon Studios for $12 million.

Ultimately the Sundance Film Festival comes down to two things: deals and relationships. In both the independent and mainstream film communities, it’s what the movie business is all about.
Orginal Article Published: Creative Screenwriting
«Previous Post Next Post»