The Circle of Lady Parts 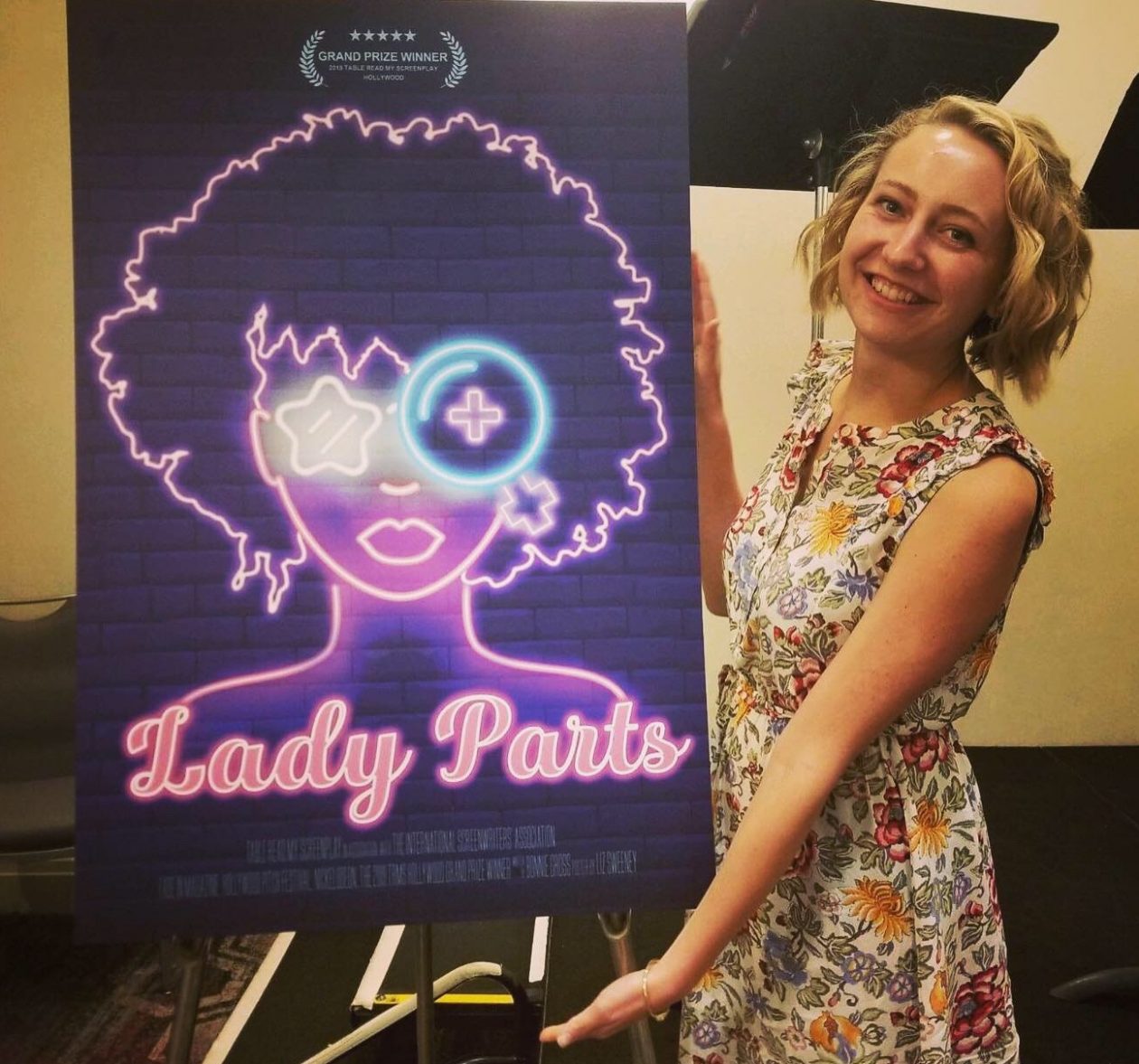 It has been a whirlwind of a month. Ups and downs. Lows and highs. It’s almost as if I’m doing this thing called life.

June marked my two-year anniversary of moving to Los Angeles. For those of you who do not know, I purchased a one-way ticket to LA with no job or place to live once I was cleared from my doctor.

I always get questions about life in LA and the glamorous world of Hollywood. Well, not to burst your bubble, but it isn’t just celebrity sightings and brunch every day. Los Angeles is just like any other city. There are good parts. There are bad parts. It is not any more glamorous than anywhere else I have lived. Maybe people have visions of me driving down palm tree-lined streets in my fancy car (I did get an electric car though so maybe that makes me more LA). Everyone wants to believe that in LA everything is amazing, but it’s like any other place. I live in a decent apartment, go to work, come home, and repeat. Stuck in the same never-ending cycle you are, opening the same door repeatedly even though you know where it leads. 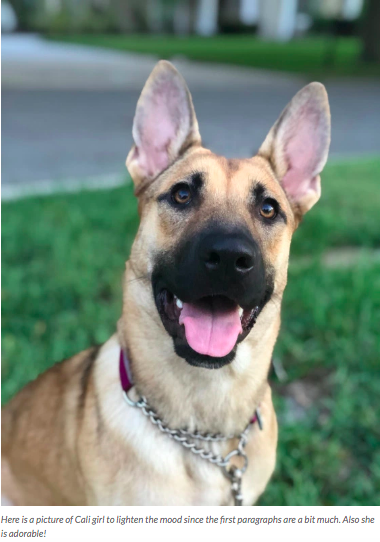 I believe we live life in circles. Highs turning into lows turning back into highs. On Saturday I literally and figuratively came full circle on a journey that started from as young as I can remember. Not to say that the circle or journey is complete, but it made a significant upturn.

For those who may not know me or have not read any prior blog posts, I had been struggling with female health issues for a long time. I had no idea I was even struggling with them until I was old enough to understand what was wrong. Flash forward to the year after college graduation (May 2016). I moved home and immediately got surgery with a 6 weeks minimum bed rest period. I learned so much through the experience, but the biggest thing was confidence to speak out on female health care in hopes that I can make someone else’s experience better than mine. I wrote the blog post, “Bonnie’s Bed Post,” exactly three years ago about the surgery and received a lot of great feedback. What made me the happiest was people reaching out to me after reading the post. People either were curious enough to want to learn and educate themselves on the topic or people were also struggling and happy to see someone talking about it. All we want as human beings is to not feel alone. When you are going through a health issue that is marked as taboo or has little research, it can feel as if you are isolated from everyone else. All I would have wanted was to know someone else who made it through. Someone to talk to. Someone to relate to. 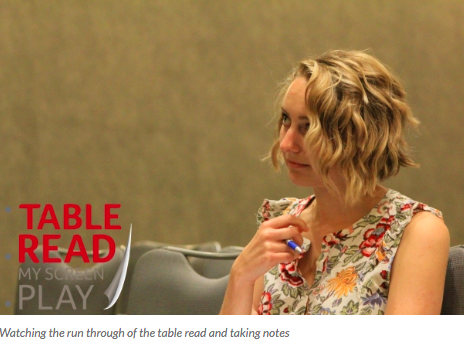 I figured what better way to relate to not just women dealing with these issues, but to everyone around the world, than a TV comedy. The point is not just to talk about women’s issues, but to do it in a way, that starts a conversation, and leaves room for a couple laughs. I set out on a journey to LA for the UCLA Professional Program for TV Comedy Writing (found out I got in a week after buying the one-way flight, so that worked out), and learned not only about screenwriting, but how to turn my personal stories into something that everyone could relate to.

Fast-forward to the summer of 2018. I graduated from the UCLA program with a script titled, Lady Parts. I continued working on it after the program and started submitting to contests in hopes it would gain some attention. I kept taking the feedback from all the rejections and continued re-working the script. Fast forward again to July 2019. I’m at home watching The Bachelorette while eating a Trader Joe’s microwave chicken pot pie (actually really tasty), when my phone dings. I got an email. I won? I WON? My script was the 2019 grand prize winner for the ISA’s Table Read My Screenplay Hollywood.

Now here is where the story gets hard for people. Lots of people assumed that suddenly I would quit my job and that agents, managers, and producers would be calling me all day. I hate to tell you, but my phone was quiet. Just because you win a competition, does not mean Netflix is calling you asking to make your TV show for millions of dollars. It is just not how it works. Again, I was sitting home watching The Bachelorette and not even as it aired because I’m too poor for cable. I’m sure you hear those Hollywood stories of actors getting their big break when they only have $1 left to their name. Those stories are true for a reason. Things don’t just happen out here, you must make them happen for yourself (a little luck never hurts either).

By winning the contest, my script had a live table read by professional actors and actresses which was directed by a professional director. I also got free entry to the Hollywood Pitch Festival. This all took place at the Loews Hotel in Hollywood. I want to thank ISA, the actors and actresses, and the director for taking the time to bring my story to life. It was a pleasure getting to work with such talent! 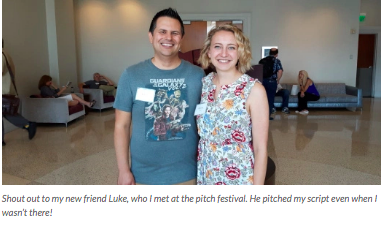 The pitch festival was a weekend-long event, but since we were doing a run-through of the table read, I only attended part of it. The festival had a big room lined with tables. Each table hosted an agent, manager, or producer/production company, waiting to hear your pitch. The tables all switched out every 2 hours for 3 days straight. You only had 5 minutes at each table. Also, you had to make reservations ahead of time for certain individuals, otherwise you were in the standby line and paired with whoever was open at the time. This could be good or bad depending on what you are pitching. For example, my TV female comedy may not be what the horror sci-fi feature agents are looking for. No matter whose table you were at, you never know what will intrigue them and it is always great practice.

The pitch festival felt like boarding a train at a crowded station. Every 5 minutes someone would yell the time and groups of pitchers would rush through the door trying anything to get their script in the right hands. It was a constant frenzy of yelling, running, and like most things waiting in line.

The most exciting part of the whole competition was winning the table read. I spent the afternoon working with the director and actors doing read-throughs. It was my first time working with a director on something I had written. For people who don’t write, imagine your personal journal being read aloud by actors. For me, it is completely terrifying. What if people don’t like what you have to say? What if people don’t laugh? I think the greatest thing that happened was watching the actors and directors play certain roles or say certain lines differently than how I imagined. Just because I imagined a certain scene a specific way, it will come across differently to everyone reading it. The experience was invaluable. 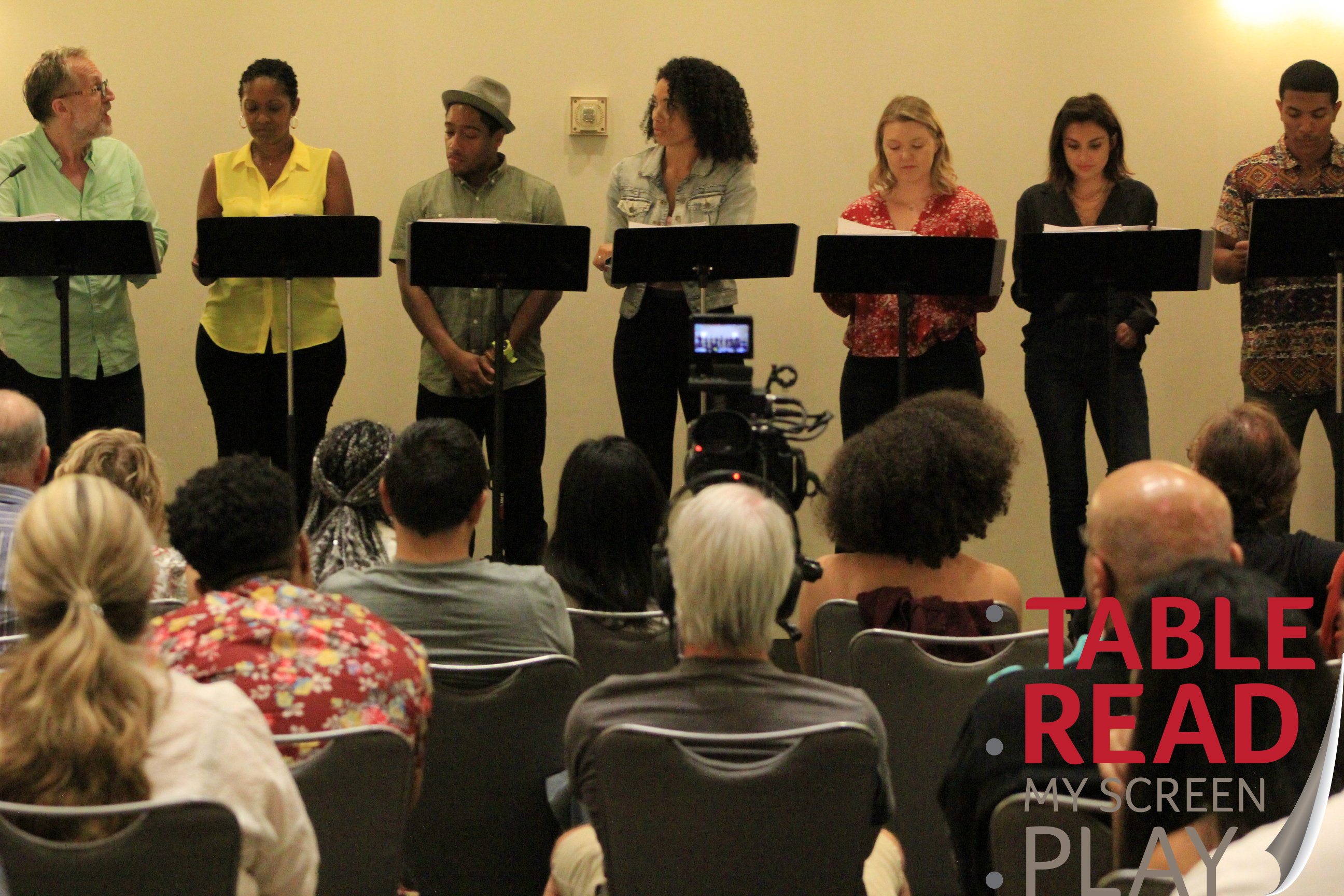 It came time for the actual table read. It was my first time having the script read aloud to a group other than my UCLA workshop class back in 2018. I was so nervous, I could barely breathe. Not to mention my dad was right behind me and the first scene, well it was a sex scene. I sat in the front row, unable to see the audience’s reactions. As the reading continued, I was ecstatic to hear laughter. For me, it just sounded like there was a laugh track playing, but that means I accomplished my comedy goals. There is a video of the live table read and once I have it I can send to anyone who is interested. 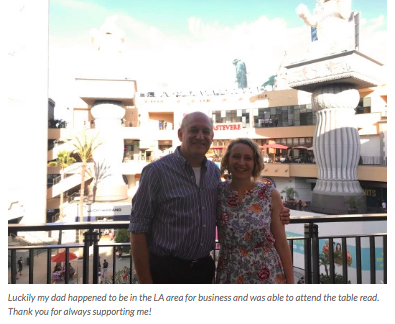 After the read, we all celebrated at Cabo Wabo next door to the hotel. Of course, people were saying congrats and complimenting the writing, but what got me most excited was having people, especially men, come up and ask questions about female health care and sexuality. I got a lot of comments like “I had no idea women went through all that,” or “I had no idea this was even an issue.” For these people, I got the conversation started. Even if a few people walk away with a new outlook on female health care and sexuality, then I have done my job.

This brings me back to the idea of having the script sold, or having agents calling me all day. Everyone keeps asking what are you going to do next? What are the next steps? Let me tell you very simply, I do not know. As I mentioned in my earlier blog posts this year, I was going to make this year about my own happiness. I was going to make decisions that made me happy. You know what made me happy? Getting a conversation started. Watching people laugh at a script I’ve been planning and working on for 2 years. Writing a script that men and women can relate to. So, what if the script isn’t being made into a Netflix series this year? It doesn’t mean it will never happen. It just means there is a time and place for everything. 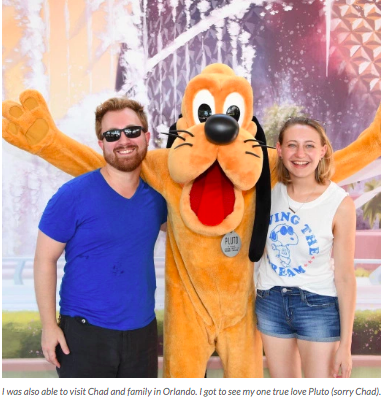 For me, this was all a personal win. I struggled so hard after all my health issues to finally come to terms with them. To finally feel like I was in a place to share my story and write about it. To now have it out in the open and have it read aloud to strangers is more of a win than I could have ever asked for. I owe a big thank you to everyone at ISA who helped to put the table read together as well as my support system at home for encouraging me to continue writing every day.

As I said earlier it is a series of never-ending circles. Circles of ups and downs, and I have no idea what is going to happen next. All I know is that everything will work out how it is supposed to happen.

Until next time, please enjoy this photo of me riding a mechanical bull, except it is a taco… 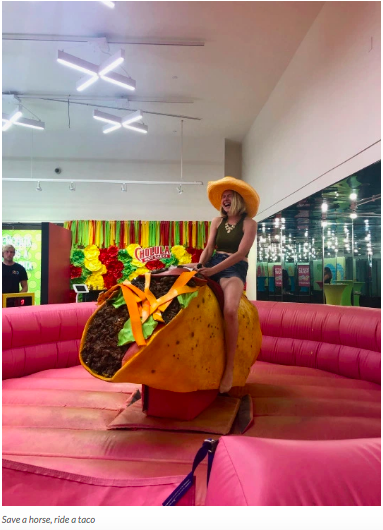 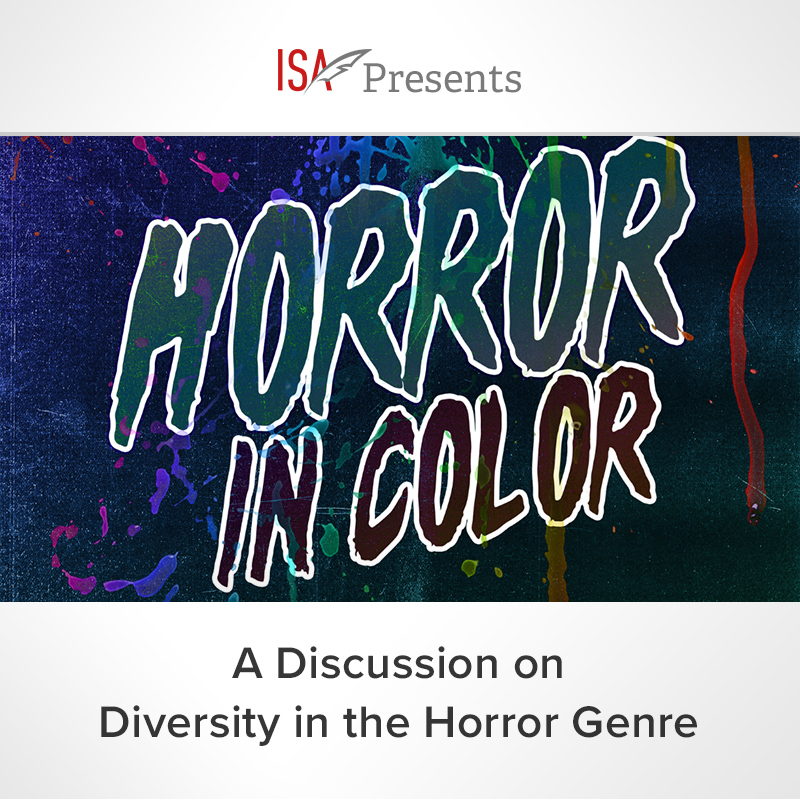 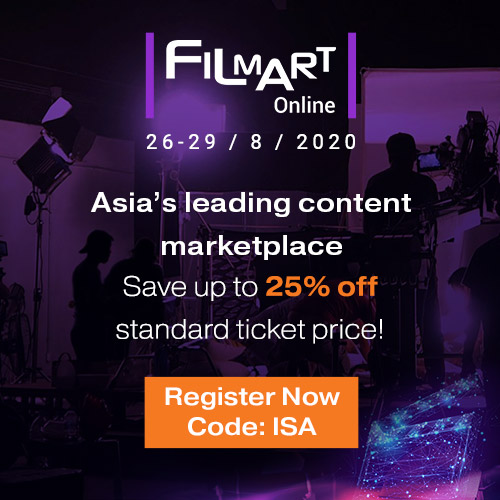