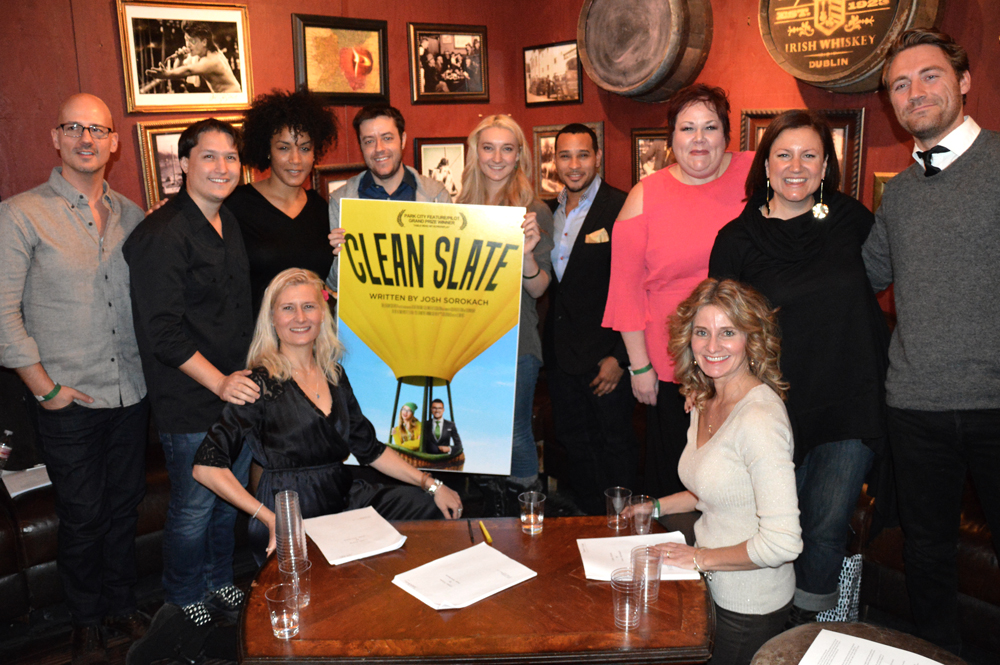 How can I be expected to get any writing done when there are eleven seasons of Frasier on Netflix? That was my first thought when I sat down to write about my experience winning the 2018 Table Read My Screenplay Competition. Some iteration of that statement is always in the back of my mind when I'm about to type sentence one. Writing is my one true passion; the one pursuit I sincerely love with every fiber of my being.

On the other hand, it's also the literal worst. Writing is hours of madness broken up by fleeting moments of clarity. I think Plato said that... or maybe it's a lyric from a Blues Traveler song? One of the two. Anyone who tells you otherwise is a charlatan who, best case scenario, is trying to steal your identity. Writing a TV pilot is even harder. I don't have any concrete evidence, but I'm 90% certain Charles Dickens' famous "Best of times/worst of times" ditty was actually about breaking Act 2 of your half-hour comedy spec.

Winning the 2018 Table Read My Screenplay Competition and attending the Sundance Film Festival changed my life. Back in 2015, I was fortunate enough to earn an opportunity to turn one of my scripts into a network pilot. Me! The guy who wrote that terrible Frasier intro from this very post! It was a tremendous experience that I'll cherish forever, but when the pilot wasn't picked up, I found myself back at square one: No manager, no prospects, and a nagging belief that my best days were behind me. I went from making a TV show starring Ryan Hansen and Noël Wells to googling terms like "sales jobs, no experience" and "how to become a contestant on The Price is Right."

Washed up at thirty-four, I thought, as I contemplated throwing my phone into a large body of water to truly capture my emotional state. Was I being over-dramatic? Sure. But more importantly, I was also being dumb. Thanks to Table Read My Screenplay and the ISA, I didn't toss my phone into a nearby tributary or any other place where water hangs with other water. Table Read offers a substantial discount if you submit three scripts. As luck would have it, I had written five scripts since making my TV show. One was absolute trash, so I thought to myself, Maybe don't send that one out, old sport. My plan was to submit the last three I wrote, and if any of them advanced to the second round, I'd know where to start with my rewrites. Maybe it was humility, perhaps it was having your dream job dangled before you only for life to be like, "LOL, jk, ya silly goose," but winning the competition didn't really cross my mind. And if I had submitted those three scripts, I wouldn't have won.

About a month before the Table Read due date, I decided I should probably have my own website. Generally speaking, I like to be about twenty years behind all trends — I can't wait to show you guys my sick trucker hat in about two years. While gathering materials for the website, I reread a script I wrote after shooting my pilot. Math majors with slightly above average reading comprehension skills will recognize this pilot as the aforementioned fifth script. I wrote it in early 2016, but never did anything with it, ya know, because of that pesky "giving up on my dream" phase I was going through. I gave it a once over, liked it, and literally added it to my Table Read submission packet minutes before the deadline. That script, ironically titled Clean Slate, ended up winning the competition. It just goes to show you what can happen when you say yes to life and decide not to toss your cell phone into a reservoir.

Table Read My Screenplay flew me out to Sundance, hosted a live reading of my script, and introduced me to a number of wonderful people. I even stayed in the same hotel as Jason Reitman! I saw him a couple of times, but I didn't talk to him. I went from losing faith in myself to not talking to Jason Reitman. It was transformative... and also very neat. Felicity, Craig, and the rest of the ISA team were wonderful and the networking and contacts I made have been greatly beneficial to my career. Not only have Felicity and Craig continued to answer questions and offer guidance, but I've had multiple script requests stemming from my ISA membership. Sure, the whole experience was immensely valuable to my career, but more importantly, it reinvigorated my love of TV writing.

Now if you'll excuse me, Season 5 of Frasier isn't going to watch itself.

On October 19, 2018 BS Kumar said:
Perhaps you can change from "there's" to "there are" each time a plural is being described. God I would have imagined with one language to get a hold on, professional writers will at least take care of these common mistakes.