It’s a shame the wonderful coming-of-age comedy Booksmart has not done well at the box office. Expectations were high for the clever story about two female high school seniors (Beanie Feldstein and Kaitlyn Dever) cutting loose on their last night before graduation, but apparently, audiences weren’t ready for two girls acting ‘superbad.’ (It didn’t help that such a small character study opened against the John Wick’s and Godzilla’s of the world at the beginning of the summer movie season either.)

Still, the film’s failure to connect fully is more of the exception to the rule these days. In instance after instance, projects that empower women stepping into unconventional roles are gathering audiences on both the big and small screens. 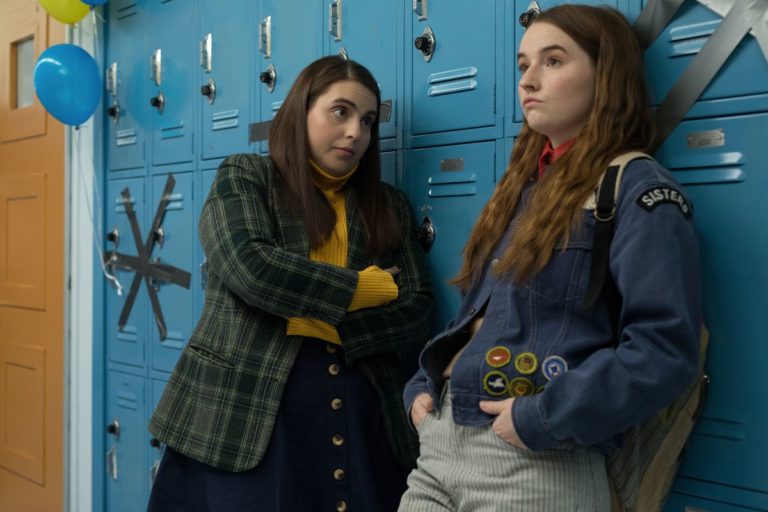 Perhaps the biggest example of that so far this year is the ginormous success of Captain Marvel starring Brie Larson. Not only did an actress finally have the lead in a film from the Marvel Cinematic Universe, but it paid off brilliantly. Any fears that fanboys wouldn’t show up at the box office were squelched by its over $1.1 billion take worldwide. (That number reflects appeal to all four quadrants of the audience out there.)

From a storytelling standpoint, not only was Carol Danvers/Captain Marvel the most powerful of any of the Avengers, but she was a crucial part of the team of do-gooders conquering Thanos in Avengers: Endgame.

Additionally, all types of films that once were the lock and stock of men are now regularly being rejiggered for women. Anne Hathaway and Rebel Wilson took on the Michael Caine and Steve Martin roles in the Dirty Rotten Scoundrels remake called The Hustle this past May. It wasn’t well received, but the problem wasn’t male audience backlash like that which plagued the all-female Ghostbusters back in 2016. Instead, the fault could be attributed to a script that pulled its punches at every turn, refusing to let Hathaway and Wilson be as dirty and rotten as their male counterparts were in the 1988 classic. 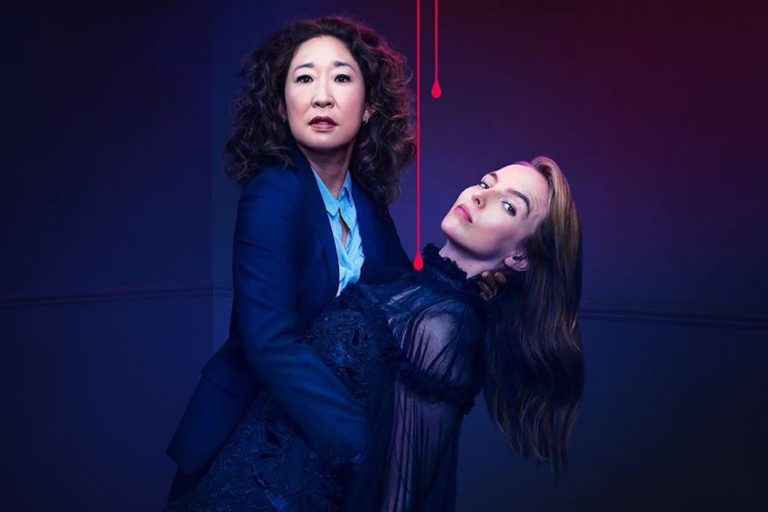 Playing bad is not a problem on television where more and more roles that once might’ve only been conceivable being played by men are now being essayed by women. Both of the main characters in the hugely popular British spy series Killing Eve are female, and both are as cunning and ruthless as male characters ever have been in such material. Jodie Comer plays Villanella, an amoral and moody assassin who’s bedeviled MI-6 operative Eve Polastri (Sandra Oh), and both characters intimidate the male characters around them.

The cat and mouse antics played by the two women have left many corpses in their wake, often as brutally disregarded as any victim of James Bond or John Wick. And yet, one of the cleverest conceits of the show is how both of the main characters act unapologetically female, yet still best any comers at their macho games.

Veep just finished up its seven-year run on HBO, and its final season was marked by something remarkably feminist. After the election of Donald Trump in 2016, the TV show had to re-evaluate its satire considering that his daily moves often played like a hellzapoppin’ reality show. So, how could Veep stay relevant in such a crazy time? The answer was to rise, or should one say, lower the main character of politician Selina Meyers (Julia Louis-Dreyfus) to Trump’s level. When he went low, she went lower. (Sorry, Michelle Obama.) In fact, the entire series pushed its absurdity level to 11 with Meyers walking the walk and talking the talk of the worst politicos, and of course, she ended up winning the presidency. The entire last season served as a shrewd reflection of today’s political climate in America, rather than a spoof of it. 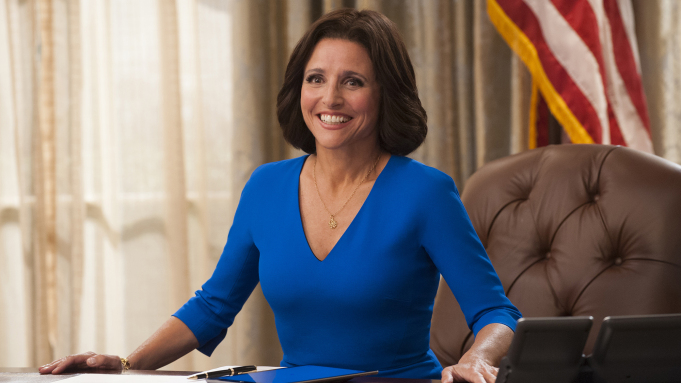 Acting as awful as men hasn’t always been so effective. The final six episodes of Game of Thrones came under attack from critics and audiences alike for turning the character of Daenerys (Emilia Clarke) vicious and crazy too fast, especially compared to the seven empathetical seasons before it.

Audiences could accept a ruthless female on the program, just look at the popularity of the villainous Cersei (Lena Headey), but Dany’s arc was slammed for being too out of character. The writers needed to inch her towards such pigheaded macho behavior, not ride in on a roaring dragon completely transformed.

Two better examples of series showcasing women stepping into typical male roles, yet not acting like them, can be found in Netflix’s GLOW and Orange is the New Black (OITNB.) Audacious as it was for both TV series to enter their testosterone-driven locales, the creators of each series ensured that their leads always brought a female sensibility to matters.

On GLOW, the women compete as television wrestlers but winning is not their singular focus. Their biggest battle remains outside the ring where they’re fighting for equal pay and opportunity. GLOW may be an 80s period piece, but the issues that it dramatizes are still top concerns for women today. And on OITNB, the female prisoners are not primarily focused on scoring drugs or sex. That’s the way the selfish male prisoners on Oz used to behave. Here, the women incarcerated strive for a betterment overall in their prison conditions, hoping that a rising river lifts all boats. 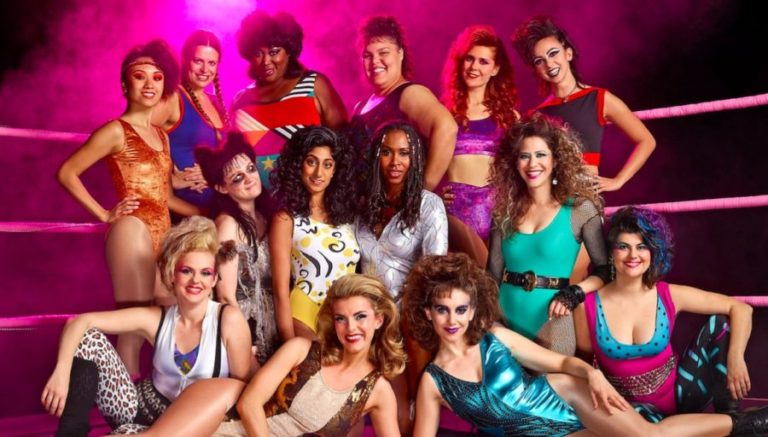 Evidence of female empowerment driving the narrative and garnering ratings and critical success can be found in as varied shows as The Good Fight, Grace and Frankie, Insecure, and The Marvelous Mrs. Maisel. These series all showcase women struggling to succeed in a world largely run by men, but besting them nonetheless without losing themselves in the process. Quite the opposite, most of these character arcs showcase the women finding themselves.

And many shows aren’t afraid to do the necessary tweaks to present a more modern version of female empowerment. Early criticism of sexism plagued the reboot of Westworld on HBO as the female characters were wholly used and abused by male characters on the show, and the nudity that went along with it only made the series appear all the more tin-eared. That changed in season two as the female characters of robots Dolores and Maeve (Evan Rachel Wood and Thandie Newton, respectively), not to mention corporate wonk Charlotte (Tessa Thompson), stepped into the spotlight and emerged as the most dominant characters in the series.

Big Little Lies is a particularly significant achievement for female empowerment as its central five characters may seem to tick the boxes of “wife” or “mother,” but that is hardly how they’ve been presented on the domestic drama. Their full lives were showcased over the eight episodes and pushed all the male characters into supporting roles. The new season starts this weekend and joining the formidable cast of Reese Witherspoon, Nicole Kidman, Shailene Woodley, Laura Dern, and Zoe Kravitz is none other than Meryl Streep. Additionally, all of the second season episodes will be directed by Anthea Arnold, who came to prominence with her direction of the 2016 film American Honey.

The world of film is getting there by and large too, with female stories taking prominence in front of the camera and behind it. So far in 2019, women have directed the following features: High Life(Claire Denis), Little (Tina Gordon Chism), The Nightingale (Jennifer Kent) and the aforementioned Booksmart (Olivia Wilde). Still to come are Marielle Heller’s helming of A Beautiful Day in the Neighborhood, Reed Morano’s The Rhythm Section, Andrea Berloff’s The Kitchen, and Greta Gerwig’s take on Little Women. Even the new reboot of Charlie’s Angels is being co-written and directed by Elizabeth Banks, so hopefully, that will take the franchise in a better direction than the sexist leanings in previous outings. 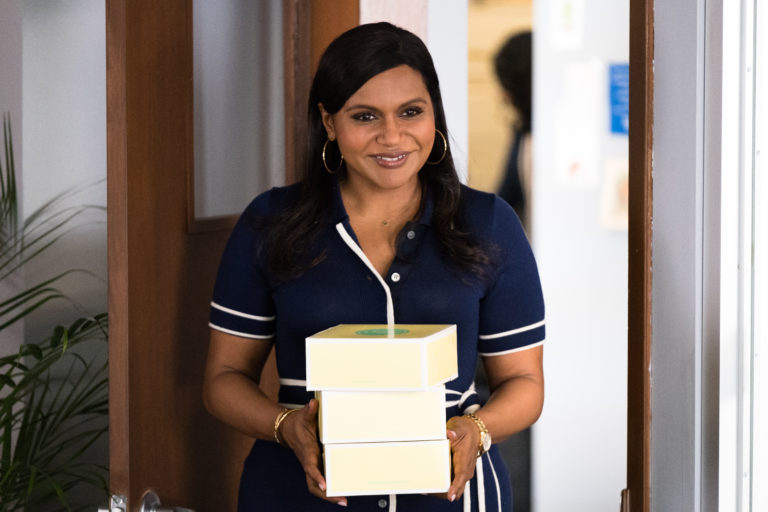 The new comedy Late Night opens this weekend, written and directed by women. It’s the story of a comedy show writer and her battle of wills with the egotistical variety show host. Mindy Kaling plays the writer, and she also wrote the script, and the talk show host is played by Emma Thompson. The real late night world may still be predominantly male, but Kaling is using the backdrop to comment on male privilege and entitlement in Hollywood.

Transparent producer/director Nisha Ganatra helms it, adding all the more to its empowerment angle. One could say that skewering the world of late night talk shows by audaciously casting a female in the role of the host is one ballsy move. Yet, women have proven quite strongly in 2019 that they need no such accessorizing to succeed.