What Are Friends For? The Reflection Character

Stories are built on a foundation of desire and conflict. To create an emotionally-involving and commercially-successful screenplay, you must give your hero some compelling desire he or she is desperate to achieve. Then you must make that goal seem impossible. And if you want to take your character through an arc – to show some transformation in the protagonist – they must overcome some deep emotional fear. And that also must seem impossible.

So to make it credible that your hero can achieve both what he wants and what he or she needs, you want to give him some help in the form of a reflection character. This is my term for the character who is most closely aligned with your hero – the best friend, partner, mentor or spouse whose primary function is to help the hero achieve the outer motivation and to urge them toward transformation.

Such a character is beautifully illustrated in David Seidler’s award-winning screenplay for The King’s Speech. Speech therapist Lionel Logue embodies all the characteristics of an effective reflection to the film’s hero Bertie (later King George VI). 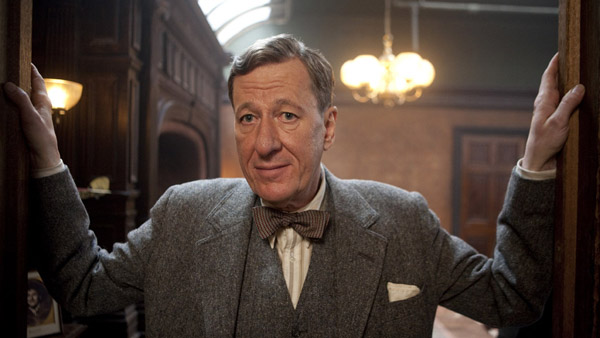 A typical role for a reflection character is that of mentor to the hero – a teacher, trainer, coach or therapist whose job is to give the hero the skills necessary to achieve their goal. Like Morpheus in The Matrix, Mr. Han in The Karate Kid (or Mr. Miyagi in the earlier version), or Sean in Good Will Hunting, Lionel is there to instruct the hero, Bertie, and to encourage him to face his fears in order to accomplish his outer motivation in the script: to give a speech without stammering.

Acting as a mentor isn’t the only form your reflection can take. Often, it’s simply a character who physically assists the hero in his or her pursuit, as do George in My Best Friend’s Wedding, Russell in Up or Rooster Cogburn in True Grit. Either way, the reflection character’s primary goal is to help the hero achieve the outer motivation.

Reflections who are teachers are usually introduced after the beginning of the story – often around the first key turning point: the 10% opportunity. This allows the reader and audience to become acquainted with the reflection as the hero does, rather than having to fill in the blanks of an existing relationship, as with a “best friend” reflection who has been aligned with the hero for some time.

We first meet Lionel Logue when Bertie’s wife, Elizabeth, approaches Lionel. As soon as he appears on the screen, his function in Bertie’s story is made clear:

ELIZABETH
My husband has seen everyone to no avail. He’s given up hope.

LIONEL
He hasn’t seen me.

When Elizabeth tells Lionel he must come to them to treat her husband, Lionel refuses. “My game, my turf, my rules,” he declares. This stance continues when the prince arrives for his first session. Lionel insists on calling him “Bertie” rather than “Your Royal Highness”; he also won’t allow Bertie to smoke, and he repeatedly probes into Bertie’s past and personal life until, finally, Bertie declares, “This isn’t for me,” and leaves. 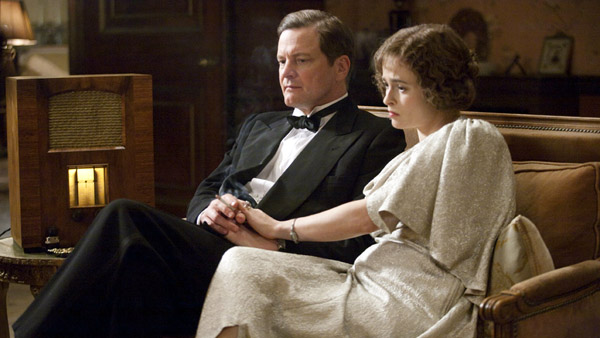 These initial exchanges illustrate a critical element of creating an effective reflection character: There must be lots of conflict between hero and reflection. Even though the reflection is the hero’s ally, teacher and friend, it is the reflection’s role to push the hero beyond their limits, challenge the hero’s poor decisions or weak actions, and repeatedly criticize and cajole them toward doing what is necessary to achieve their goal. Like Shrek and Donkey, Will Hunting and Sean, or Mattie Ross and Rooster Cogburn, Bertie and Lionel confront and argue with each other far more than they get along.

This reveals two other principles for creating a powerful reflection: At some point in the story, the hero MUST reject the reflection character completely; and ultimately the reflection must remain loyal to the hero in spite of this hurtful rejection until the hero returns and aligns with the reflection once again.

In The King’s Speech, Bertie walks away from Lionel a second time, when Lionel pushes too hard for Bertie to accept his role as king:

LIONEL
I’m trying to get you to realize you need not be governed by fear.

BERTIE
I’ve had enough of this!

LIONEL
What’re you afraid of?

This exchange reveals what is perhaps the most important reason for creating a strong reflection character: to develop your hero’s arc. In your hero’s inner journey — their transformation from living in fear to living a courageous, fulfilled existence — the hero’s reflection will keep pushing them toward their essence and truth.

This is why Lionel keeps probing into Bertie’s past: to force Bertie to confront the wounds of his childhood and then find the courage to move past them.

BERTIE
I was informed my father’s last words were: “Bertie has more guts than the rest of his brothers put together.” He couldn’t say that to my face.

Bertie describes a childhood filled with pain and abuse: taunts for his stammering; an epileptic brother hidden away as an embarrassment; an abusive nanny; painful splints to correct his knock knees; and an unloving father demanding that Bertie live up to overwhelming expectations. We understand the fear that causes his stammer, and that keeps him from embracing his duty and destiny as king.

Lionel tells Bertie, “You don’t have to carry [your father] around in your pocket. Or your brother. You don’t need to be afraid of things you were afraid of when you were five.” 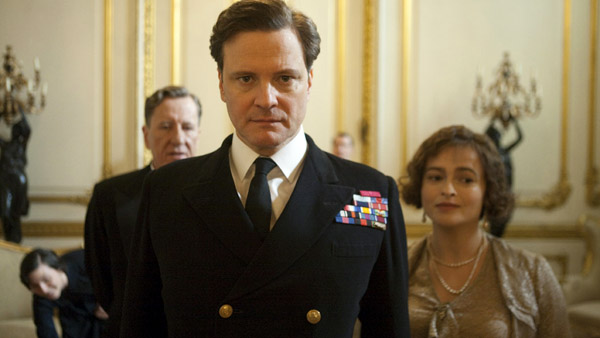 Your reflection character’s role is to hold your hero’s feet to the fire and to remain ever loyal and supportive, even as he or she pushes the hero out of his comfort zone and into a life of courage and fulfillment. The reflection is the character who holds a space of acceptance for the hero – who says, in one way or another, “Whether you like it or not, I’ll do everything I can to help you get what you want and need. Not just the visible goal you’re so desperate to achieve, but the realization of who you truly are.”

In The King’s Speech, Bertie tells Lionel that he’s the first “ordinary” person he’s ever really spoken to. He then reveals the loneliness and isolation he has had to endure as a part of the Royal Family:

BERTIE
Sometimes, when I ride through the streets and see, you know, the Common Man staring at me, I’m struck by how little I know of his life, and how little he knows of mine.

As Lionel and Bertie rehearse the coronation ritual, Lionel enrages Bertie by sitting in the chair of Edward the Confessor.

BERTIE
Listen to me…I’m your King!!!

LIONEL
Nooo you’re not! Told me so yourself. Said you didn’t want it. So why should I waste my time listening to you?

BERTIE
Because I have a voice!

LIONEL
Yes you do. You have such perseverance Bertie; you’re the bravest man I know. And you’ll make a bloody good king.

This is the moment where Bertie’s arc is complete. With Lionel’s help, he has confronted his fears, found his courage and his truth, and will now be able to achieve his goal of giving a magnificent speech, and to live his destiny as a great leader.

In the climax of the film, as he nervously prepares to give the defining speech of his life, Bertie finally acknowledges his mentor:

BERTIE
No matter how this turns out, I don’t know how to thank you for what you’ve done.

And in return, Lionel gives him one final instruction.

LIONEL
Forget everything else and just say it to me. Say it as a friend.

As in real life, a great reflection character is one who, no matter how difficult or painful, offers support, honesty, loyalty and real friendship. And one of the many wonderful gifts given by The King’s Speech is its simple story of two very different men who, through hard work and great courage, become friends.