What I Learned In 5 Years With Stan Lee

(REPOST) I figured I’d write a bit about what I learned from the most unexpected business partner I’d ever have: Stan Lee.

Now, I’m not claiming that I worked closely with or was personally close to, the great Stan Lee. As CEO of Comikaze Entertainment, which produced Stan Lee’s Los Angeles Comic Con, my partners, co-workers and I had the pleasure of working with Stan each year; a moderate amount for a few months, very intensely for one weekend, and occasionally throughout the rest of the year. Our time together was usually spent doing something really crazy or unique to promote the show, with others involved and surrounded by a  myriad of press.

The time I spent with Stan was meaningful and tremendously inspiring. I learned quite a bit watching him work with press, other celebrities, other business representatives, and fans. Lots of fans. Everywhere: fans. He was a consummate professional with genuine wisdom after 95 years on earth. Here are some of the things I personally learned from observing Stan that I hope to embrace for the remainder of my life and career:

Be In The Moment 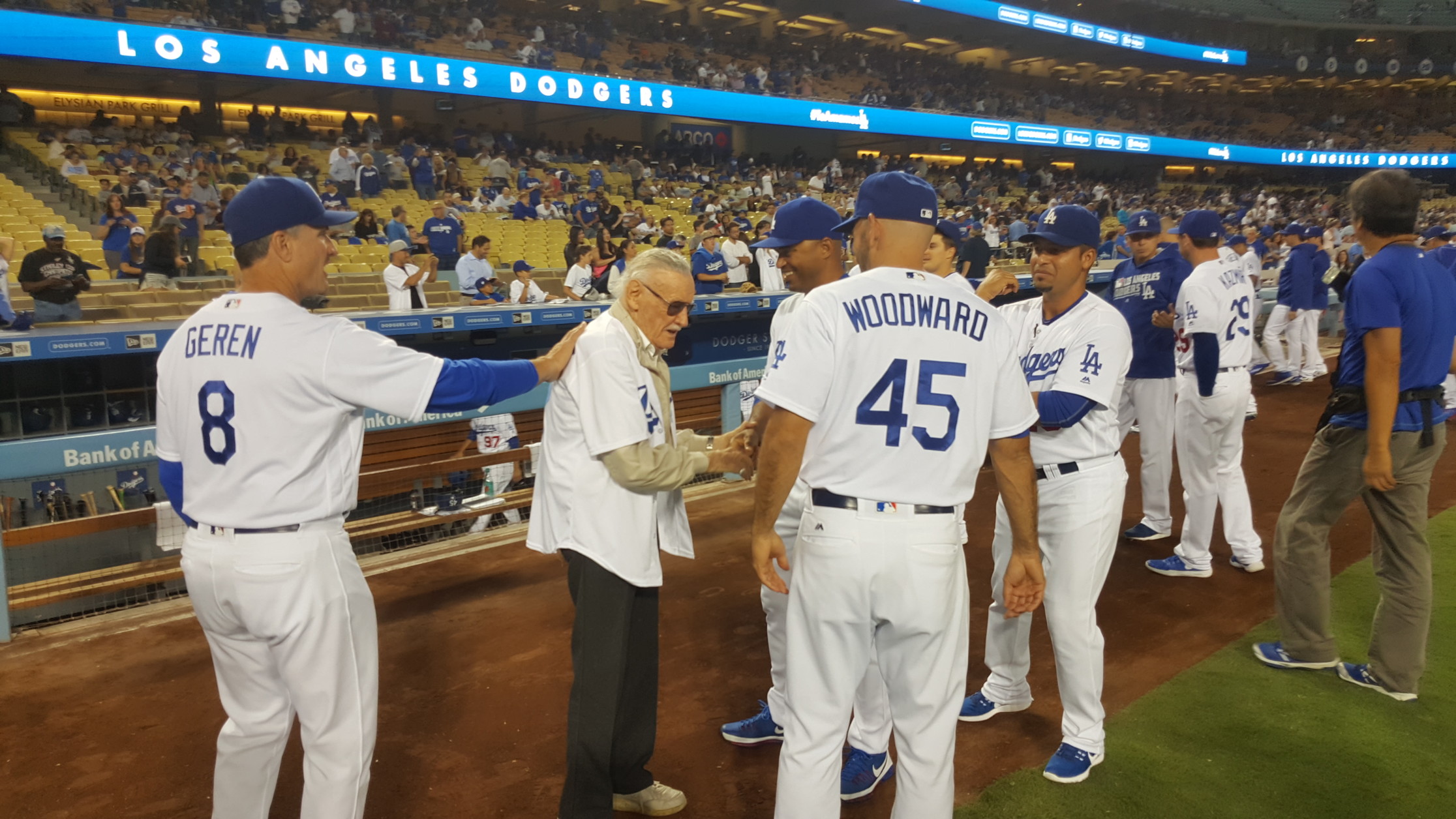 For the last chapters of his life, Stan Lee was in high demand. He was sought after universally for movie premieres, conventions, interviews, ball games…everyone wanted to have some fun with “Stan the Man.” I never saw anyone enjoy each of these moments more than Stan Lee.

Stan was fully present in every moment. He focused on what was in front of him, and gave it his full attention. He completely absorbed what was going on around him, and the people he was sharing the moment with. When he met his fans at a convention, he was completely immersed with them for that moment in time. He could be surrounded by tens of thousands of people, but every time he shook someone’s hand or listened to their story, it was as if he was alone with just them. You couldn’t tear him away, even if he would be late for something else.

Stan always seemed to be in awe of the experiences his life afforded him, and was like a kid, not wanting that moment in time to end. Whether he was throwing out a first pitch, or seeing how they made Iron Man helmets, or having the city of L.A. officially name a day after him, he was right there soaking it all in. He would dig into what was going on. He’d ask questions, showcasing his genuine curiosity. He wouldn’t try to leave early or escape the moment. He was never distracted.

Stan was the best example I’ve ever seen of “living in the moment.” Taking it all in, without asking for any more  - it was transcendent. Stan had the wisdom of the Buddha, and his life was the better for it. 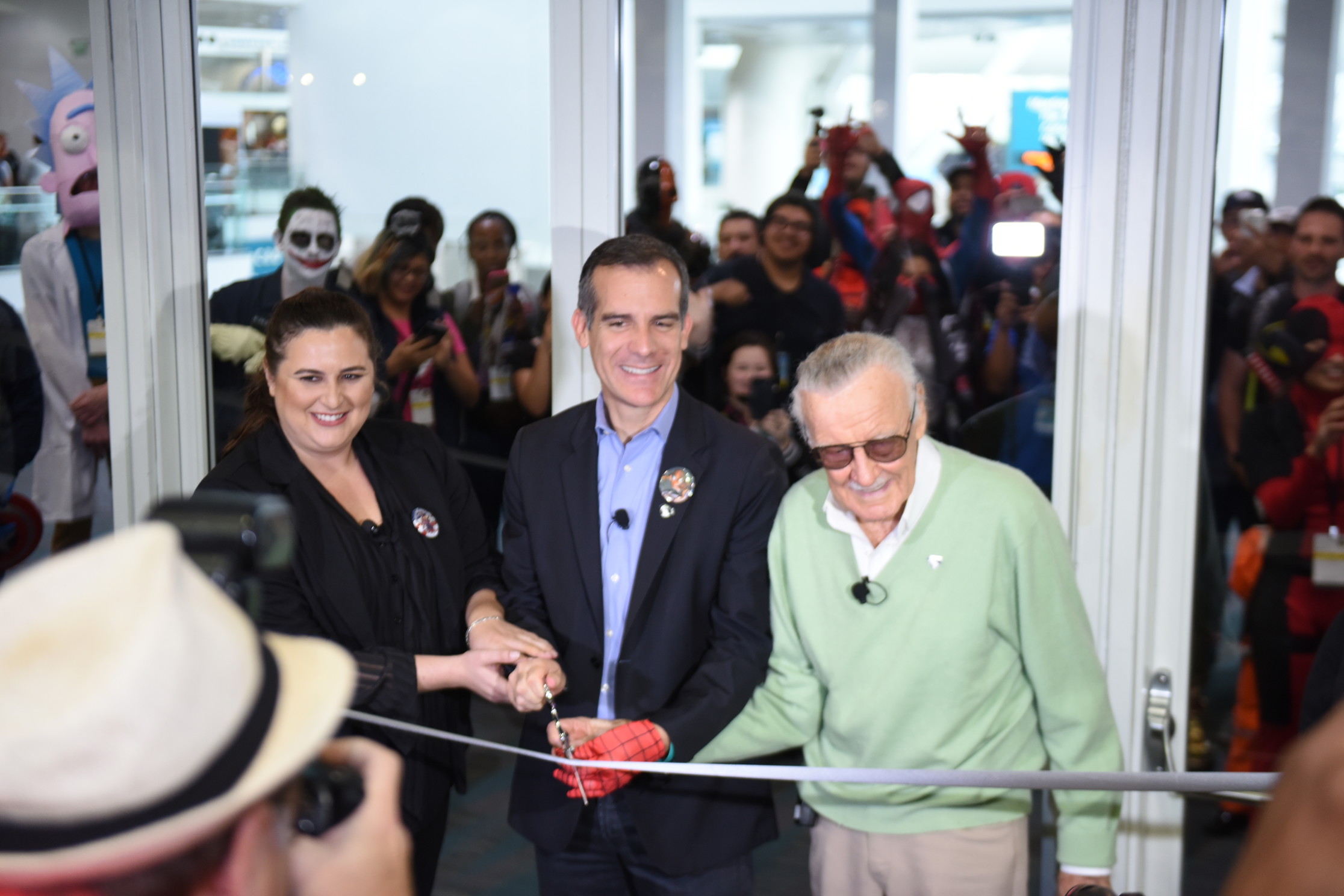 Stan was constantly being bombarded with generous gifts and meaningful gestures. I saw fans of all ages bring Stan all sorts of items - from hand-drawn portraits to pieces of art, from personal artifacts to a recreation of Stan’s original typewriter. People would see Stan and rush to him like a messiah figure, they would stumble over words as they tried to explain how important he was to them. The last decade of his life, he was always being honored, feted and celebrated for his contribution to our culture.

I never saw him be anything other than appreciative; not even once. 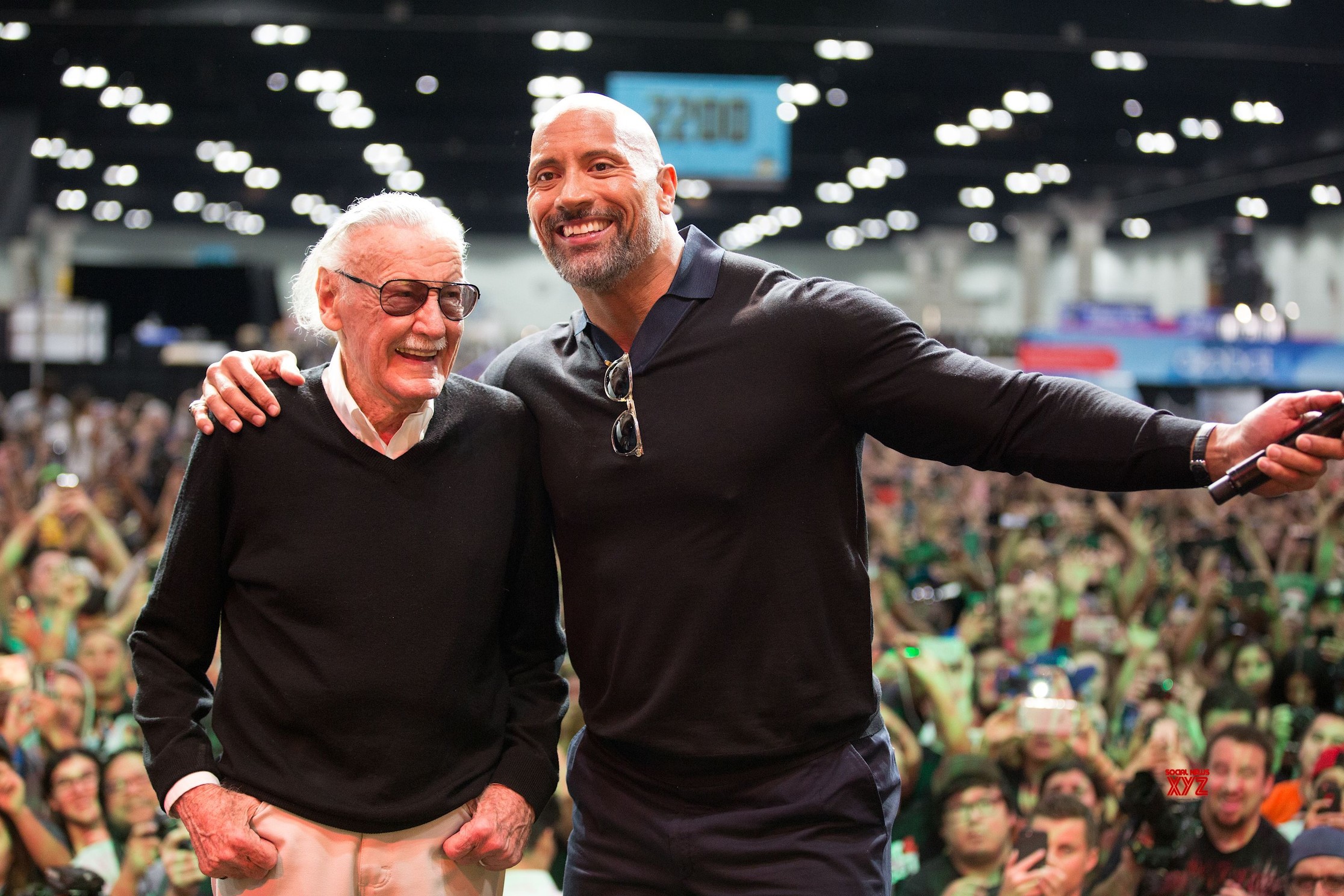 He seemed in awe, genuinely surprised and touched, every time someone did something for him. Any effort to please him, no matter how small, was met with sincere humility for the other person’s gesture. He could be brought to tears by someone’s story, struggle, or inspired creation. He appreciated everything and anything people did for him, no matter who they were. He took it in; he let it affect him; and he cherished it. He was always respectful of the time others took for him.

One story illustrates this aspect of Stan perfectly. It was a highly religious day, Rosh Hashanah, and Stan had to leave the show early to get home. A group of fans had won a meet and greet with Stan, but Stan had to leave before the group had gathered. Stan’s right hand man, Max, understood how important the meet and greet was to both the group and to Stan. He went to great lengths to reach Stan at home to figure out a plan. Somehow, Max located a van quickly on a Sunday evening and took the group to Stan’s home.  Stan made sure to share a moment with each of them, as he knew what those moments meant for both the fans and for himself. 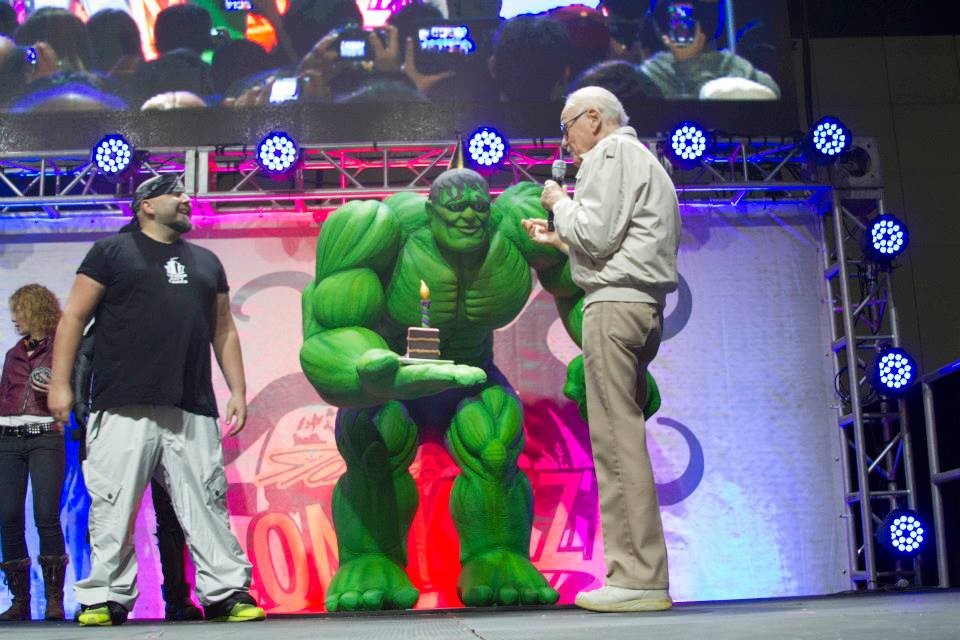 Seeing that kind of attitude and witnessing him treat each and every expression of gratitude as the first time it ever happened – when there were so many other things he could have been doing –  taught me the valuable lesson of appreciating what other people do for you. For someone to take the time to do anything for you, it means that person values you in some way. It may be emotional; it may be transactional; it doesn’t matter – that individual took their most valuable asset – time – and spent it appreciating you in some manner.

Appreciate that they consider you that important, no matter the motive. Recognize that someone has done something for you. Consider what it means for both of you, and don’t try to compare it to anything anyone else had ever done for you. Then, let them know you appreciate them in return. It will make the moment meaningful for all involved.

Anyone within Stan’s orbit knew who his North Star was: his wife, Joanie. Despite all he had, all he ever wanted was to be with her. Anyone and everyone who cared about Stan knew that and understood that (and if you’d ever met Joanie, which I only managed a couple times, you understood why – she was an angel). Everything Stan did was, ultimately, for Joanie and his daughter, J.C. It was his motivation, and he couldn’t wait to go home at the end of every day.

It’s important for people to realize that every time he traveled to a convention or event without Joanie, it was incredibly difficult for him. His commitment to his fans – to recognizing and respecting their appreciation of him – was the only thing that would even allow him to consider being away from his wife.

When I think about why Stan was happy (and he had plenty of reasons to be happy), it always came back to the same thing: his family. He was happy because he was in love. Every moment with his family was a revitalizing breath of fresh air. He was given the world, but only wanted one thing: his true love.

It’s an inspiring love story, and when a movie is made about Stan’s life, this is what should be at the center of it. It’s also a perfect reminder about what truly matters: those you love. So no matter what form your family takes, prioritize it the way Stan did.

In the last few years of his life, Stan co-created a show called Stan Lee’s Lucky Man, which was a hit in the U.K. He also co-created an anime series called The Reflection, which was a hit in Japan (full disclosure: I voiced one line in the series). There are plenty of creations made for his company, POW! Entertainment, which haven’t yet been announced or released. Stan went to work every business day, continuing to create new ideas and concepts. 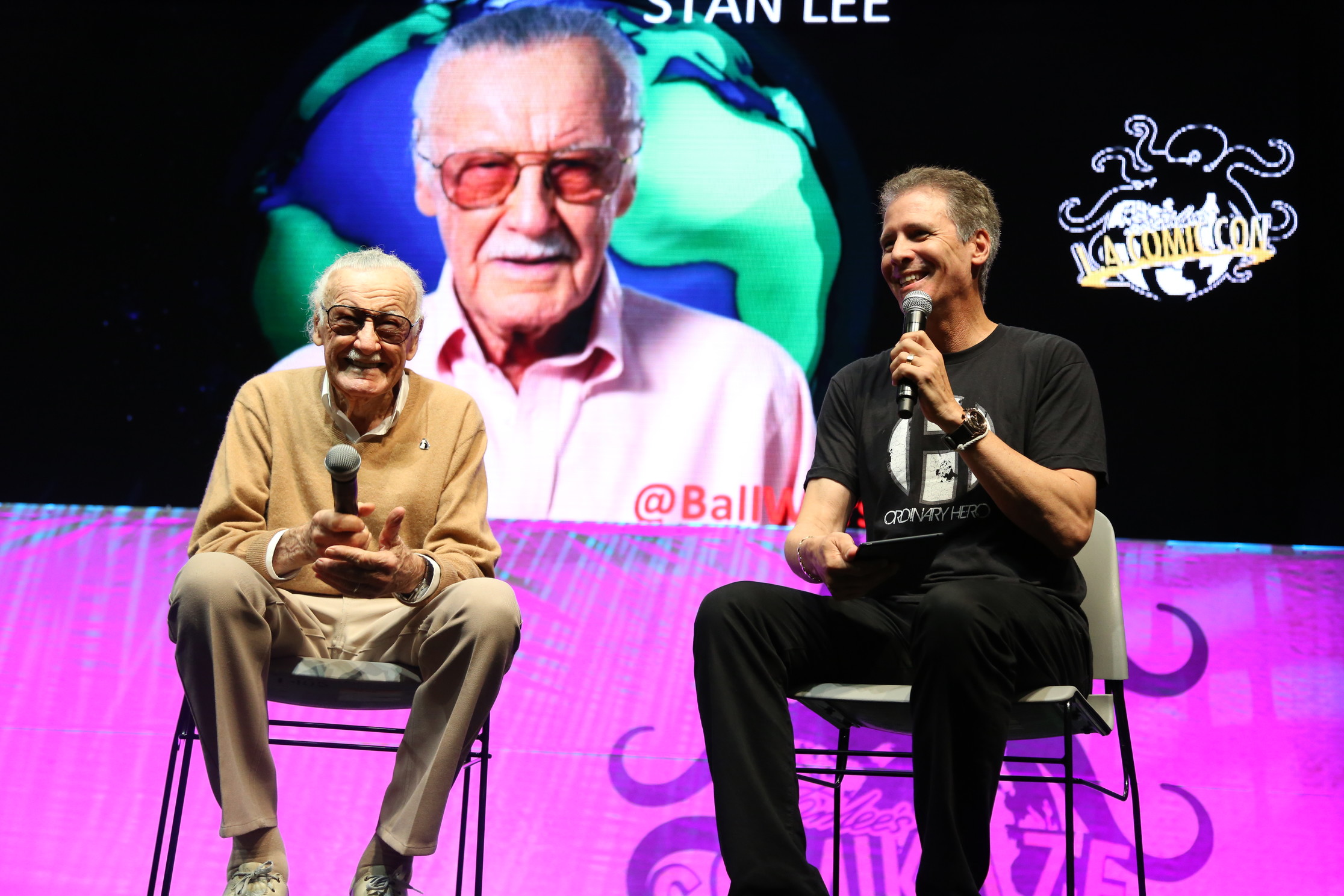 We’re talking about a guy in his 90’s, who had the means to do whatever he wanted and with nothing left to prove to anyone. Yet, he never stopped working.

Remaining engaged with his work of creating characters and stories kept Stan vibrant and his mind sharp. He didn’t stop working until it became physically impossible to do so. He kept at it with focus and the desire to share his imagination and knowledge with the world. It’s no surprise that Stan created the phrase “with great power comes great responsibility,” a lesson that resides in the pantheon of Great Human Learnings. 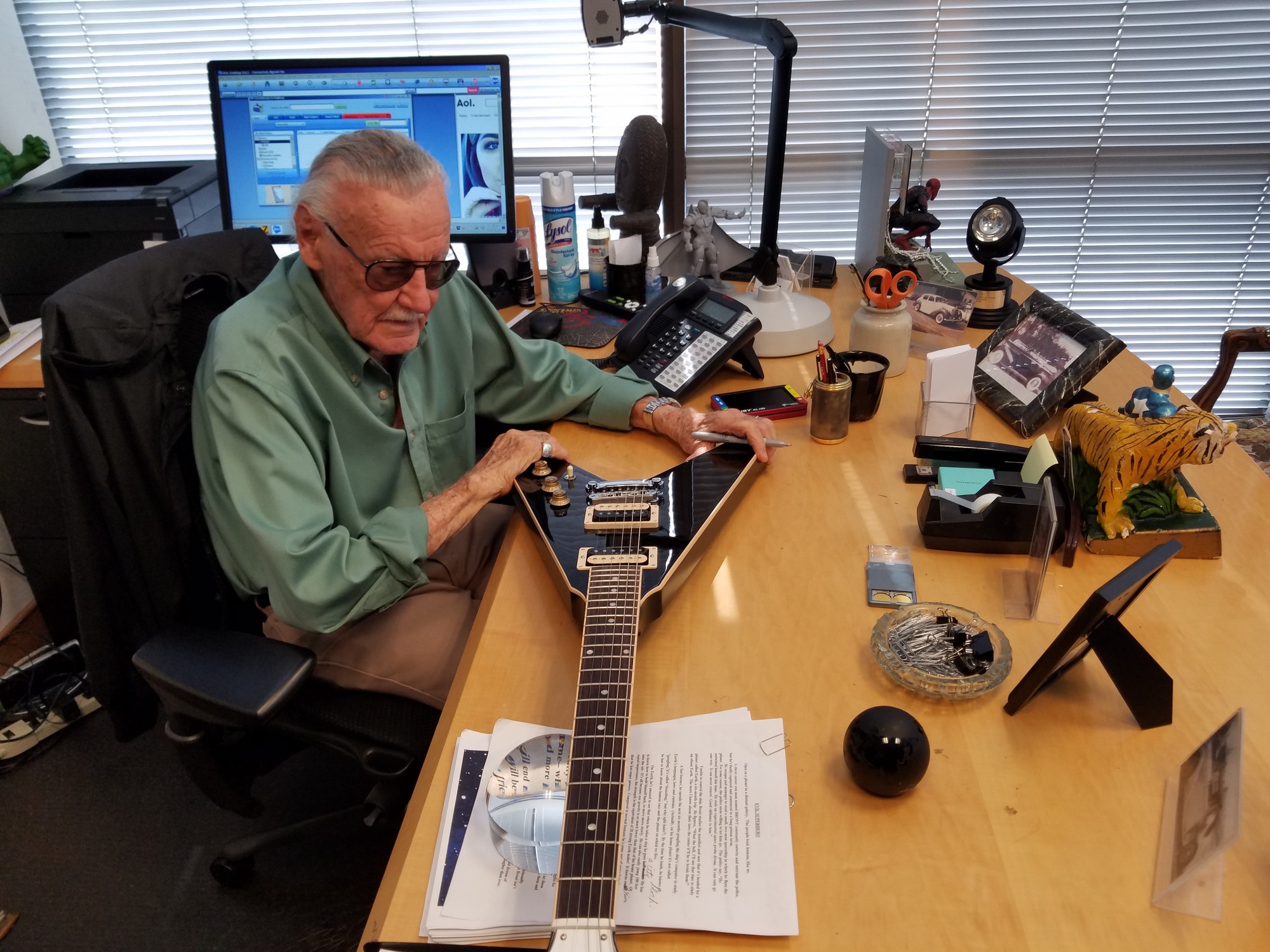 Maybe it was his growing up in the Great Depression and a fear of losing everything, or maybe it was being a true writer and understanding the importance of continuing to write no matter what that kept him at the office. Here’s the thing, though. A lot of people think his passion for story-telling is what kept him working. I see it the other way around: I think his work ethic kept his passion alive. I think that by remaining true to his commitment of work, he was able to remain productive and vital until his final days. To me, that’s a great lesson: work isn’t the goal; it’s the fuel that gets you to the goal. 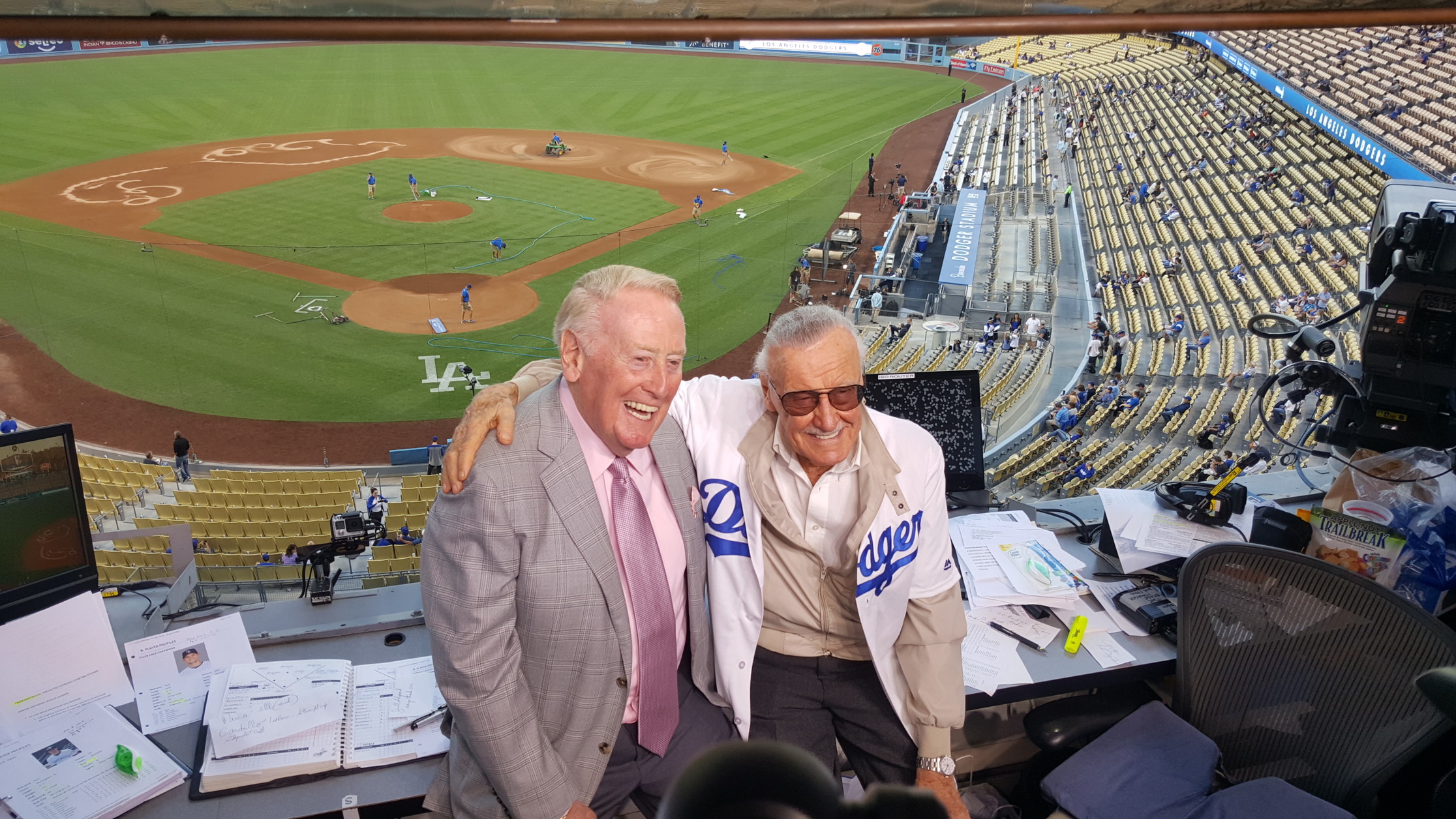 Stan had fun. He smiled. He laughed. He found joy wherever he could. He liked to flirt and tease. He told jokes to everyone. His humor was self-deprecating. He liked to bring delight to others.

There were many stressful times at L.A. Comic Con; I know I certainly could have done a better job keeping my cool. Somehow, Stan had the ability to find the fun, no matter how stressful the situation. The lines to meet him ran into the hours, but he did his best to get his fans to smile – after waiting the better part of the day to meet him, a steady stream of fans always left his booth feeling it was worth it.

When Stan would get on the stage, the whole show would screech to a halt as everyone wanted to just listen to his tales. At private signings, he’d joke around with the lucky fans who made it in to the room. At events and premieres, he’d play with the props or toys. He’d always end with his legendary catchword, “Excelsior!” which always puts a smile on the faces of those who heard it.

Stan having fun kept the mood light, and allowed us to get the job done well. It mitigated the stress of a moment, and reminded us of why we were working together. It turned the job into, well, so much more than just a job.

Work doesn’t have to be boring; it can be fun. Far too often we forget that. My time with Stan has taught me not to overlook the value of fun, especially at work.

None of these lessons from Stan are particularly ground-breaking. They’re logical and simple; advice that’s easy to forget. Stan epitomizes what can happen when you don’t forget these basics; when you remember the little things in life and how they can influence your experience, on a daily basis, you can lead a most marvelous life.