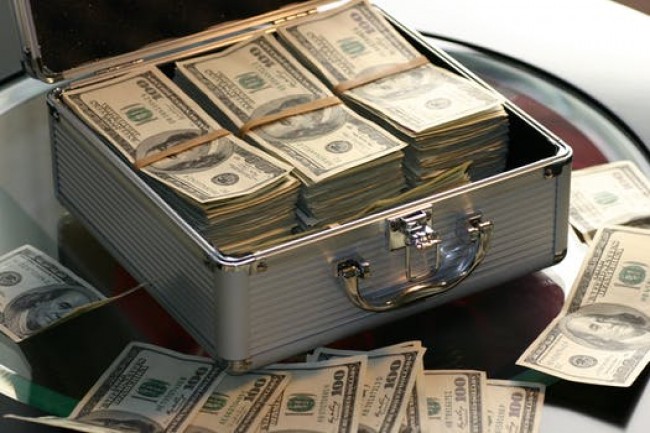 It is no longer enough for screenwriters to write screenplays. In the current film industry climate, screenwriters need to be more proactive in shaping our careers. In many instances, you may need to expand yourself and wear different hats. Creative Screenwriting spoke to entertainment attorney John Cones.

If we compare a reasonable estimate of the number of screenwriters in the U.S. to the number of films produced annually, it may be fairly stated that tens of thousands of feature film scripts remain unproduced each year. So what’s to prevent some of these screenwriters from deciding to put on a producer hat and produce their own script? How is that done? How do we go about financing such a venture?

An overview of that process is provided by a so-called Business and Legal Affairs Checklist of tasks associated with financing and producing a feature film can be downloaded from my website www.filmfinanceattorney.com. 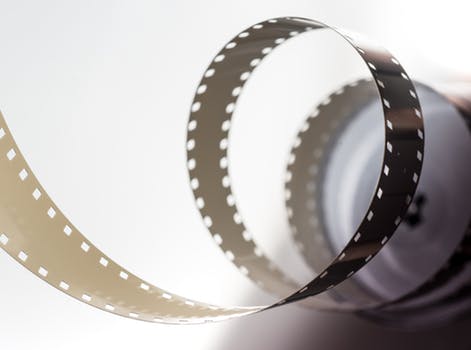 What Is Investor Financing?
For purposes of this limited article, let’s take a look at one specific form of financing that is suitable for low to moderately budgeted film projects – so-called investor financing (also referred to as “equity” financing). There are several different phases in the life of a film in which such financing may be useful to filmmakers:

For films with larger budgets, equity or investor financing may be used just to cover the costs of the film’s development phase (i.e., acquisition of underlying rights, if any, developing the script, preparation of the production budget and securing firm commitments (attachments) from a director and lead actor(s). This approach results in a producer’s package that may be used to seek a production-financing/distribution deal from major-studio/distributors, negative pickup deals or foreign presales.

The entire production budget of a feature of a documentary film may be raised from investors. This typically works best for the low and ultra-low budget films. The higher the budget, the less likely that the entire production budget can be raised in this manner. Once the film is completed, it is marketed to distributors that may be seeking to acquire rights (i.e., an acquisition deal).

Raising money from investors to cover the so-called P&A expenses (prints and ads), otherwise known more broadly as distribution expenses. In other words, a different and/or overlapping set of investors may put up the distribution funds for a self-distributed project or for a rent-a-distributor deal.

In some instances, filmmakers may want to consider combining the equity financing with other forms of film finance (e.g., foreign pre-sales, product placements, state tax incentives, etc.) however, combining several forms of film finance create a very complex series of transactions typically requiring the expertise of several different advisors each of whom may be pulling the filmmaker in a different direction.

Whichever approach or combination is chosen by the filmmaker still involves some level of equity financing, so let’s delve into that part in a bit more detail.

How Do You Attract Equity Investors?
As a general rule, if your investors are not regularly involved in helping make the important decisions related to the project, or they do not have a sufficient level of knowledge and expertise in the film industry in order for them to participate in such decision-making in a meaningful way, they are considered to be passive investors. Of course, even if your investors qualify as active investors (which is rare), you may not want to deal with the practical problems of having someone who puts a lot of money into your project be involved in telling you how to produce your film.

Furthermore, if you make a mistake and wrongfully classify an investor as active when they do not actually qualify as such, that investor may be able to come back later and claim that you sold him or her a security without making any attempt to comply with the securities laws, thus obligating you the filmmaker to refund the investor’s money, among other possible negative consequences. Any offering (i.e., attempt to raise money) to passive investors involves the sale of a security and in order to make the offering legitimate (e.g., to avoid the possible felony of securities fraud), it is important to comply with all of the conditions and limitations imposed by the applicable Federal and state securities laws.

Rarely do independent, low-budget filmmakers choose to conduct so-called public (registered) offerings since they are too time-consuming, complex and expensive. Besides only three public offerings for indie films have been conducted in the US in the past 25 years, so far as I know, and they all failed to raise the money sought (i.e., they were not successful offerings). In the alternative, most indie filmmakers rely on so-called exemptions from the securities registration requirements and these offerings are typically called exempt offerings or private placements. Today, the three most commonly used sets of rules for these exempt offerings are:

It is difficult if not impossible to comply with these securities laws if you are not aware of which specific exemption is being relied on.

All three of these Federal exemptions from the securities registration requirement preempt the application of state law to the offering except for notice filing purposes. In other words, the states still are able to require that the issuer of the securities (i.e., the company selling the securities – seeking to raise the money) complete and file a form with the appropriate state agency notifying the state that securities are being sold in their state. The SEC also requires certain notice filings with these offerings.

The traditional Reg. D, Rule 506(b) offering allows the filmmaker/issuer to raise an unlimited amount of money from up to 35 non-accredited investors and an unlimited number of accredited investors (i.e. wealthy investors with a net worth of $1 million exclusive of the value of their primary residence, or annual income of $200,000, $300,000 with a spouse – see the SEC’s Regulation D for more detailed definitions of accredited investors). But, this rule does not allow advertising or a so-called general solicitation, thus as a practical matter, the filmmaker and associates must have a pre-existing relationship with all of the prospective investors for this type offering. There are ways to expand that pool or prospective investors with whom the filmmaker has a pre-existing relationship, but those techniques are beyond the scope of this article.

The more recently passed Reg. D, Rule 506(c) offering allows the filmmaker/issuer to raise an unlimited amount of money from accredited investors only, and advertising or a general solicitation is allowed, so the pre-existing relationship requirement of 506(b) does not apply – meaning money can be raised from strangers and through the Internet. This is where online intermediaries like Slated come into play, although there is not much evidence to suggest that such services have been all that successful in actually helping to raise money for the highly risky, low budget feature films from wealthy investors who are not known to the filmmakers. An additional requirement for Rule 506(c) is that the issuer take steps to confirm the accredited investor status of each investor. The SEC sets out the various ways that can be done.

In each of the above cases, a properly drafted securities disclosure document must be presented to each prospective investor before they invest. There are some differences in the levels of disclosure (i.e., the information about the offering that is put in writing and presented to each prospective investor before they invest) although, in my practice, I tend to provide full disclosure in each instance. In any event, keep in mind that the SEC’s anti-fraud rule applies to all securities offerings (including all three of the above) and the anti-fraud rule provides a minimal level (and general standard) of disclosure for all offerings. The anti-fraud rule requires (1) the disclosure of all material information relating to the offering (i.e., everything that an ordinary investor would want to know about such an offering in order to be able to make a reasonably informed decision as to whether or not to invest), (2) that no important information be omitted from the offering materials and (3) that everything stated in the disclosure document, be stated in a manner that is not misleading. In other words, a material omission of fact or a misleading statement of fact in a securities offering to investors could be grounds for a charge of securities fraud. Compliance with the anti-fraud rule typically requires some experience and judgment relating to this specific area of disclosure (i.e., feature film offerings), thus it can be a trap for the unwary.

For additional information or for further discussion of any of the technical terms appearing in this article, see my Dictionary of Film Finance and Distribution or 43 Ways to Finance Your Feature Film.
Orginal Article Published: Creative Screenwriting
«Previous Post Next Post» 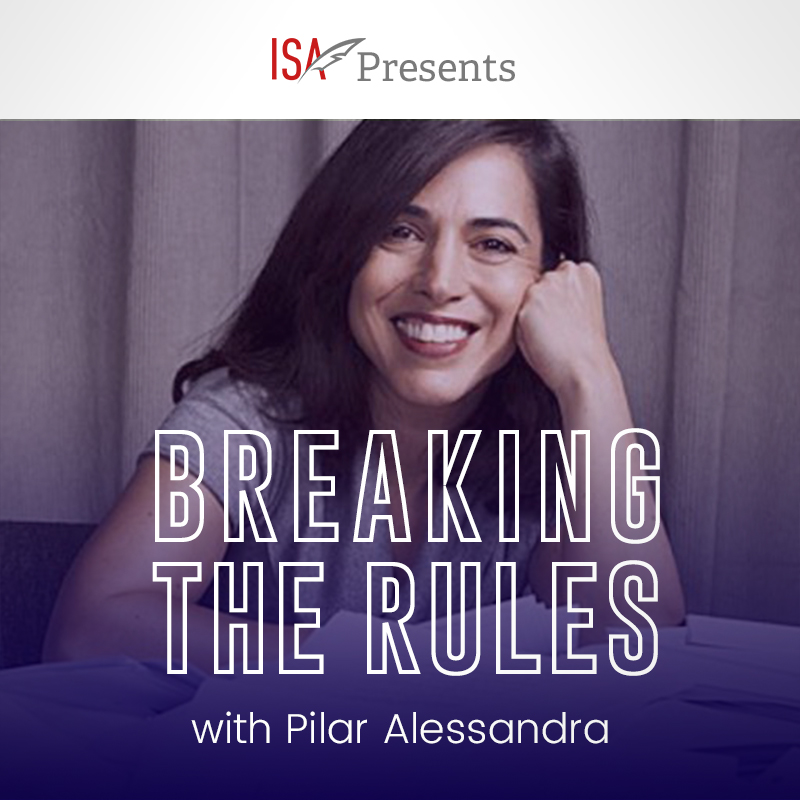