Why Demons and Devils Make for Superior Villains

(REPOST) We all know that “the devil is in the details,” but why are there so many demons in movies and on TV these days? In the past two years, there have been 26 horror movies released where the primary antagonist is some sort of supernatural force (It: Chapter Two), a demon (Annabelle Comes Home), or in some cases, ol’ Beelzebub himself (I Trapped the Devil). When it comes to series on both basic cable and streaming platforms, demons aren’t just regular characters these days, they’re recurring ones. Just look at who’s who in CBS’s new show, Evil and Amazon Prime’s, Good Omens. So, what’s with the sudden surge of such demonic fiends?

As the ever-increasing popularity of Halloween would suggest, now the second most popular and profitable holiday on the calendar, the populace loves a good scare. Yes, in a town that famously “doesn’t know anything” as William Goldman surmised, most studios know something, and recognize that the horror genre is an incredibly lucrative one. Thus, frighteners have become more and more part of Tinsel Town’s output with production companies such as Blumhouse being so successful, they’re able to boast of almost 40 projects in production at any given time. 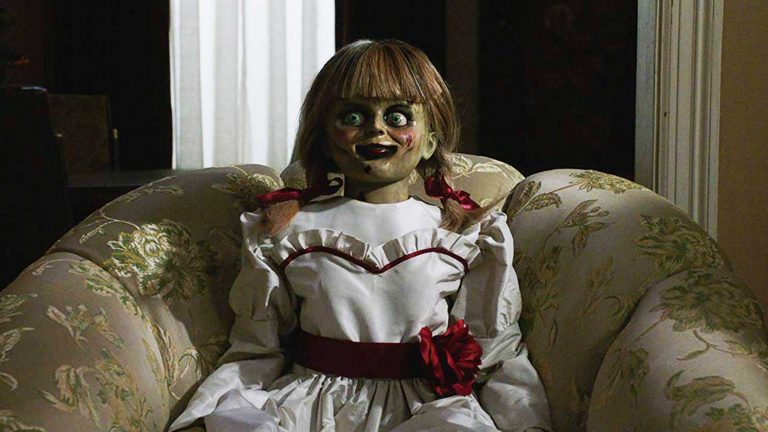 But there’s more to this rise in demons on our screens than just audience demand and being a “sure thing” at the box office. Demons are becoming more and more the centerpiece of horror. Why are franchises like The Conjuring series making such a killing? Why did Paranormal Activity yield six films, with a seventh soon on the way? What has made these devils, demons, and supernatural forces into such supervillains?

For starters, most audiences fundamentally understand the concept of Satan and what he represents. If organized religion isn’t enough of a primer for most, there’s the fact that since the late 1960s and early 70s, the devil has been a vital mainstay in the pop culture conversation. The advent of counter-culture and alternative religions helped push Satan out of Sunday church-going and into everyday discussions. Notorious figures like Charles Manson, Anton LaVey and David “The Son of Sam” Berkowitz also helped create evaluations of what constituted “the work of the devil.”

And as the world grew more hedonistic, a devil-may-care attitude swept through stringent strains of morality. By the time The Exorcist and The Omen became gigantic hits at the box office, devils and demons were becoming the new Eastwood’s and Redford’s. Demonology was being mainstreamed as cautionary tale storytelling, even becoming a punchline for comedian Flip “The Devil Made Me Do It” Wilson. 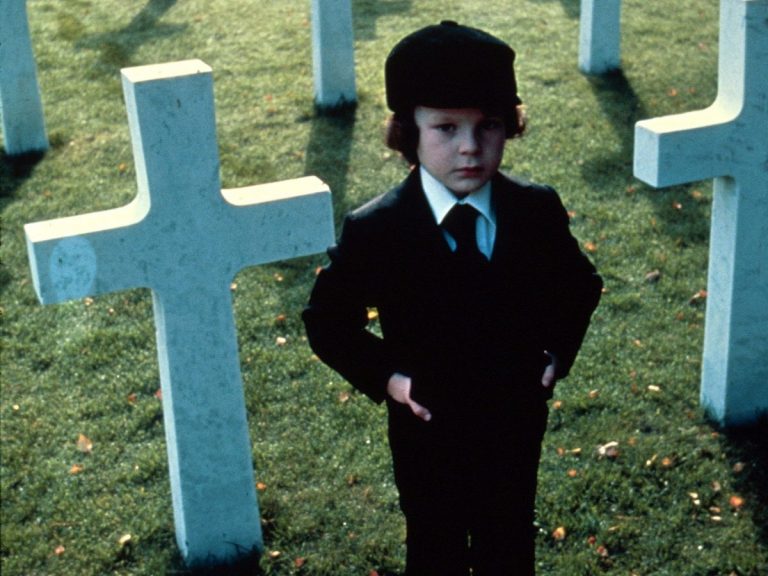 Additionally, as television moved from less than ten channels to over 300 with the advent of cable in the late 70s, a lot of dramatic content had to find more novel and potent antagonists for its storytelling. Everyday baddies, like thieves, extortionists, and murderers, still made for terrific black hats in popular entertainments, but now there was a whole host of unheavenly hosts that could easily be added into the mix. Writers started putting the Prince of Darkness and his minions into their works as everyone understood the evil of God’s most famous fallen angel.

Granted, Hollywood has always incorporated outrageous villains into their stories, everything from space aliens to atomically-altered rabbits, but audiences knew these were fictions. Satan is more frightening on a fundamental level because so many believe he exists, even if on a metaphorical plane. (They also tend to believe in other forms of demons, specters, and poltergeists too.)

And no matter how over-the-top a satanic, supernatural villain can be, it doesn’t seem so far fetched considering that the Bible and other vaulted tomes recognize the devil as the public enemy number 1. In other words, Hollywood has a built-in and susceptible audience if a devil or demon shows up. It doesn’t require all that much backstory, invention or even a suspension of disbelief.

But what is it about our modern time that has provided such an uptick in the ‘employment’ of devils and their minions? It could be a reaction to villains becoming far too cuddly over the last few decades. In the 1980s, the world of soap operas started spawning villains that audiences didn’t fear, but rather, loved to hate. Characters like Erica Kane (All My Children), J.R. Ewing (Dallas), and Alexis Carrington Colby (Dynasty) behaved almost comically in their evil machinations. 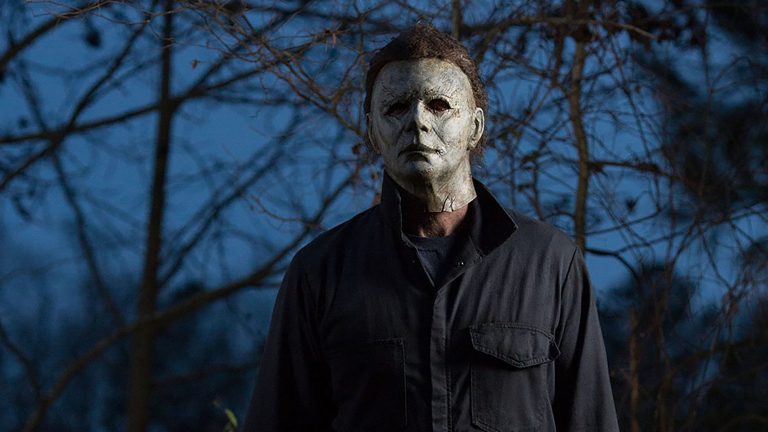 Crucial too was how Hollywood warped the original bogeyman into almost cartoon villains. When serial killer creations like Michael Myers and Jason Voorhees started easily triumphing over their increasingly doltish victims in the Halloween and Friday the 13th franchises, their films started eliciting more laughs than screams. These were villains?

In the new Millennium, the villains populating movies and TV shows have become as nuanced and complex as the heroes as well. Many villainous characters, like the X-Men big bad Magneto, have become fixtures in their series and developed as large a following as the good mutants.

Complex villains need to be formidable adversaries to the heroes as the line between good and bad becomes blurred. Functional villains often believe they are heroes by saving humans from a threat, oftentimes themselves.

Demons don’t need to be supernatural beings either. They can manifest as evil humans. Premium cable’s HBO and Showtime went so far as to place unrepentant killers like The Sopranos and Dexter at the center of their series, respectively. By the time Walter White started Breaking Bad, and a vampire such as Edward Cullen became a teen idol in the Twilight film series, the defining characteristics separating good guys from bad became more and more indistinguishable. 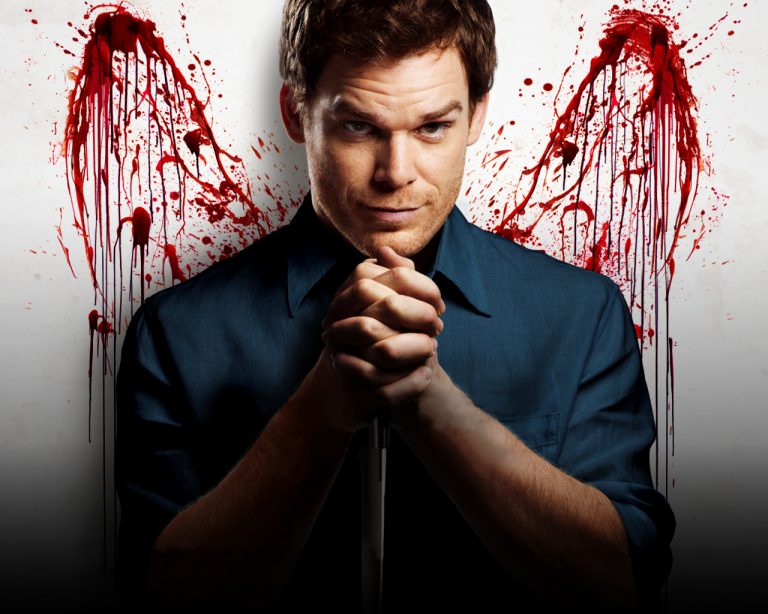 Such villainy has become so commonplace on the screen, it’s no wonder that so many shows today make their narratives all questioning good vs. evil. The plot of the new series Evil finds three Catholic church detectives investigating such blurred lines. Netflix has more supernatural horror shows then you can shake a crucifix at, from Sabrina to The Haunting of Hill House to Lucifer, a show it resurrected after Fox canceled it.

Even sitcoms are getting into such hellish practices. NBC’s, The Good Place is set in a deceptive, heavenly afterlife. (The devil made them do it? You bet!) The onslaught of such demons could be regarded as a Hollywood course correction. You may not know where you stand with Ted Danson’s character in the room, but you do when a demon floats by.

The other great thing about writing for such devilish characters is that they truly are “super villains” defying all sorts of inhibiting narrative rules. They occupy the far reaches of the evil spectrum. Humans cannot fly, morph into goats, or turn rocks into bread, but the devil can. Vampires are tethered to all kinds of edicts. The same goes for alien pod people hoping to duplicate Brooke Adams or Kurt Russell. Demons? Not so much. They can appear as poltergeists, toys, electrical currents, or even David Tennant. 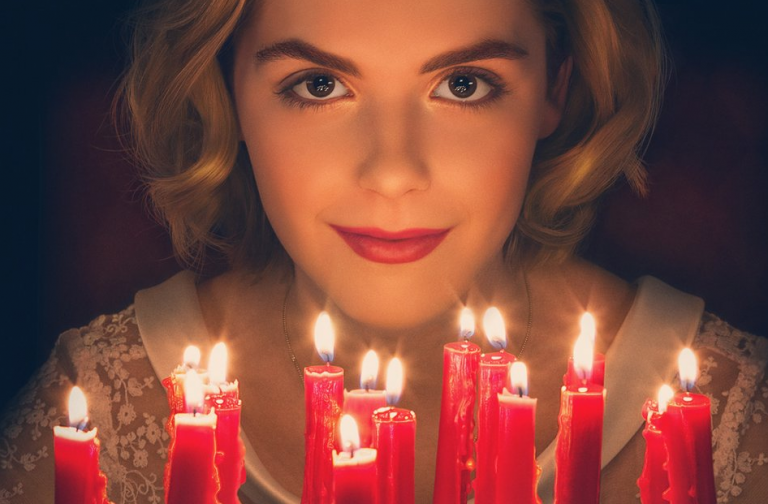 The best part of this new era of supervillains is that such baddies can create havoc with carte blanche and never really be wholly vanquished. The possessed Father Karras may have outsmarted the devil in The Exorcist by committing suicide, but Hell’s top dawg always has other minions in line waiting to be sent out to cause more death and destruction.

Audiences know you can’t really beat the devil, and that’s why he’s such a marvelous foe to heroes on both the big and small screens. He’s the first and last word in evil.

Jeff York was named one of the International Screenwriters Association's Top 25 Screenwriters to Watch in 2018. He has written 12 movie screenplays, two TV show treatments/pilots and two plays. His works have figured in the finals of 71 screenwriting contests and counting. He's been a Screencraft Fellowship finalist twice.  After 20 years in advertising, running a couple of creative departments, and winning almost every industry award, Jeff took his lifelong love of going to the movies and decided to take a crack at writing a screenplay. It was a character-driven horror movie...