Why Is Mrs. Maisel So Marvelous? 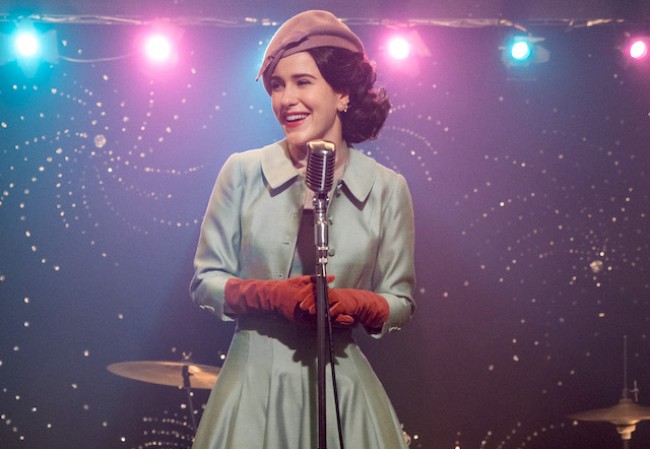 Why Is Mrs. Maisel So Marvelous? Amy Sherman-Palladino and Daniel Palladino Tell All!

It is a rare surprise that a near perfect TV show is made. The Marvelous Mrs. Maisel, now in its second season on Amazon Prime Video, is one of those shows balancing humor and drama in the 1950s world of stand-up comedy. Mrs. Maisel’s talented creator, Amy Sherman-Palladino with her co-writer and executive producer husband Daniel Palladino spoke to Creative Screenwriting Magazine about how they created their multi-award-winning show.

Amy describes how growing up with Don Sherman, her stand-up comic father helped to shape the show. “I grew up hearing stories about the comic world in Greenwich Village. All of New York City was in awe to me at that time. It was a visual, colorful, vibrant, and energetic place and time to set a TV show. A comedy club is also a very interesting venue to tell the story of a woman who started off as a housewife, mother – typical 1950s cutie pie – and then suddenly she finds herself with a crashed life. Then a woman came out that she never thought was there before.“ 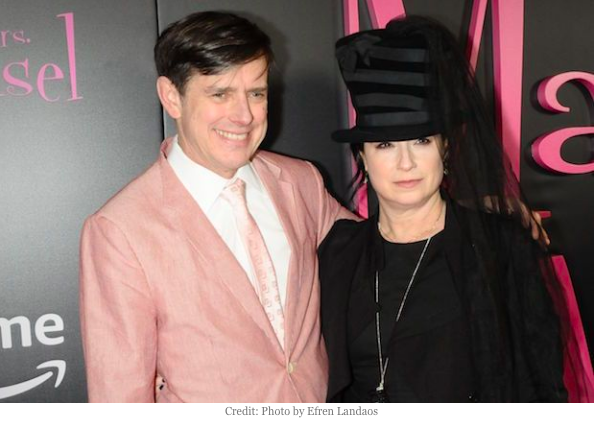 Miriam (Midge) Maisel (Rachel Brosnahan) found herself not only surviving and blossoming “after her life exploded, but she discovered a superpower,” said Amy. Apart from the 1950s being a time conducive to comedy, Amy adds that the style of comedy was shifting from “take my wife please jokes to more conversational comedy discussing religion, politics, and feelings that people weren’t talking about before… The 1950s was a perfect time for a woman to get on stage and work out the problems in her own life, rather than spout out a steady stream of jokes.”

Determined not to be sidelined in our conversation, Daniel chimed in and describes the world of the show as being “a great time for folk singers, jazz musicians, and stand-up comics. They were thriving in a very exciting way. People were gravitating toward that scene for a reason. It’s a great romantic time. Public speaking was exploding.”

When asked how they avoided making yet another show about the world of stand-up comedy and its associated tropes, Amy declared that “we didn’t make a show about stand-up comedy. This is a show about a woman whose life was abruptly upended and forced to take an unconventional path forward. This path throws everyone around her in chaos; her friends, her family, her ex-husband.”

“Then there’s the friendship of Midge and Susie Myerson (Alex Bornstein), two very different women banding together to forge a future together that neither even imagined a year earlier. The stand-up comedy world was only a device to explore these themes and relationships,” mused Amy.

“The world of stand-up comedy is very difficult to dramatize because it’s not a fun world to live in. It’s ironic that the world of comedy is often not that funny, but rather more filled with drama. Sometimes comics are sad, lonely, and broken people. Stand-up comedy is their way of expressing that,” continues Amy. “Midge enters the comedy world totally naïve about it. Ironically, she discovers the comic world with a notebook while watching her ex-husband perform on stage. As Midge goes through the process of becoming a comic, she learns what the [stand-up] life really is.”

Midge Maisel doesn’t neatly exit one world of being a happily-married housewife to enter the brutal world of stand-up comedy. She straddles both her old and new worlds and shuttles between them. Dan described it as “in reality that’s how life is. Ex-husband Joel Maisel (Michael Zegen) is the father of their children and those ties are forever binding. We also wanted to make sure that Midge didn’t feel that her past life was a fraud. She loved being a wife, mother, and housewife until he cheated on her. Midge naïvely invested her entire life in her marriage although Joel did not. Her feelings toward him are a heady mix of love and anger.” These antithetical emotions can live side by side and make for highly satisfying character exploration.

“After they got married, Midge insisted they get an apartment in her parent’s building, so she never fully transitioned from her parents’ apartment to her married one. She kept a toe-hold in all her past lives. The breakup uncovered a passion and ambition that she never knew existed. She may never have discovered it without Joel shattering her world,” said Dan.

Midge is a flawed character. She’s real, but naïve because she doesn’t fully understand the life of a stand-up comic or that of Susie. “All comics have an element of narcissism and behavior. Authentic characters will be empathetic to the audience,” said Dan. “No-one is absolutely good or evil.“ 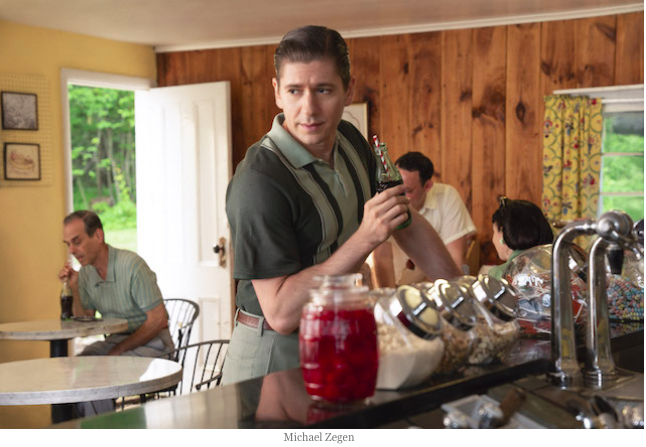 The Marvelous Mrs. Maisel is a TV show of contradictions and irony. Dan wanted to be the stand-up comic and Midge learned it through observing him. Via osmosis, if you will.

Dan added that “Midge absorbed the comic scene through Joel while she simultaneously encouraged him.” These elaborate character dynamics illustrate another way that Midge never fully left her past life to immerse herself a new one.

Midge broke into the comic scene while disparaging Joel. Yet ironically, he encourages Midge to continue knowing that he will never become a successful comic. “Feelings are complicated,” concludes Dan.

When questioned about their working relationship as a married couple, Amy shared that “they work independently most of the time. I have somebody by my side whose agenda is my agenda. I have a partner who I trust completely. He’s honest and completely services the show.”

Dan confessed that the most difficult aspect of writing for The Marvelous Mrs. Maisel is “writing other comics’ stand-up lines because it isn’t coming from the main character or story. As a non-stand-up comic, that’s tough to write. We have a few comics and writers on staff to help us with that. In terms of additional challenges, the audience in a comedy club in 2018 has to find Midge as funny as an audience in 1959.”

All the snappy, rapid-fire dialogue is surprisingly all scripted. It is naturalistic and authentic. “There isn’t any improv by the actors,” Dan confirmed, ”We write very rhythmically and musically. We like movement and flow, so improvising dialogue wouldn’t work.”